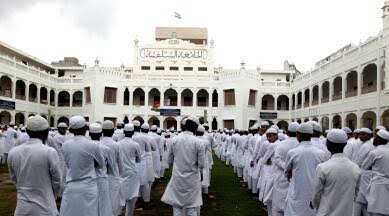 Days after the state government ordered an inspection of “unrecognised” seminaries, a team from the district administration and the Uttar Pradesh Board of Madarsa Education visited the Muslim seminary Darul Uloom Nadwatul Ulama in Lucknow on Thursday.

The 12-point proforma, according to Kumar, asks for information on the names and contact information of the organisations running the seminaries; the year the seminary was founded; the availability of amenities like electricity and drinking water; the number of students enrolled; the courses being offered; and the funding sources.

This state’s first assessment of Muslim seminaries got under way on Saturday. The incident has drawn criticism from opposition parties, with former chief minister Mayawati accusing the BJP of terrorising Muslims with such actions and “an evil intent.”

The survey has also been criticised by Muslim organisations, including Jamiat Ulema-e-Hind and the All India Muslim Personal Law Board.

According to the administration, it was carried out to see if the seminarians were receiving the most basic amenities.