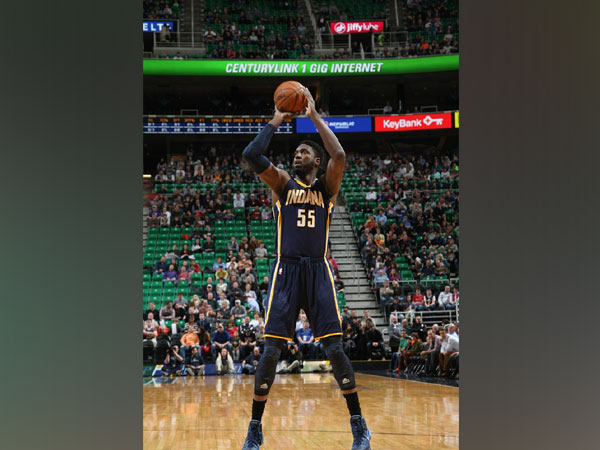 Mumbai (Maharashtra) [India], March 16 (ANI): Two-time NBA All-Star Roy Hibbert wants to give as much as he can to Indian basketball and the player is just waiting for the coronavirus pandemic to end so that he can spread the game of basketball.
In his first-ever live session, Hibbert interacted with youth of the Reliance Foundation Jr. NBA program on Saturday morning. Hibbert also emphasised on the importance of having a robust grassroots program for basketball to grow.
“I have travelled to different parts of the world to spread the game of basketball, and honestly I will love to, when this pandemic is over, come to India and see everything that the country has to offer and give as much as I can,” said Hibbert.
“I feel that not only getting young kids interested in being active, but also enabling dreams of potentially making it to the NBA or using basketball to further their education or travel the world is great,” he added.
A dominating center for the Indiana Pacers for the most part of his career, Hibbert was excited to see the emergence of big men from outside of the U.S. like Rudy Gobert, Joel Embiid, Nikola Jokic etc.
After retiring from the NBA in 2017, Hibbert joined Philadelphia 76ers coaching staff last season working with the likes of Ben Simmons and Embiid, a front-runner for MVP this season. He passed on some fundamental coaching tips for coaches who are involved in the Reliance Foundation Jr. NBA program.
The 12-week live series tipped off on March 6 with WNBA player Sydney Colson. Hibbert attended the session on Saturday and Chicago Sky’s Azura Stevens will run the session on March 20. (ANI)