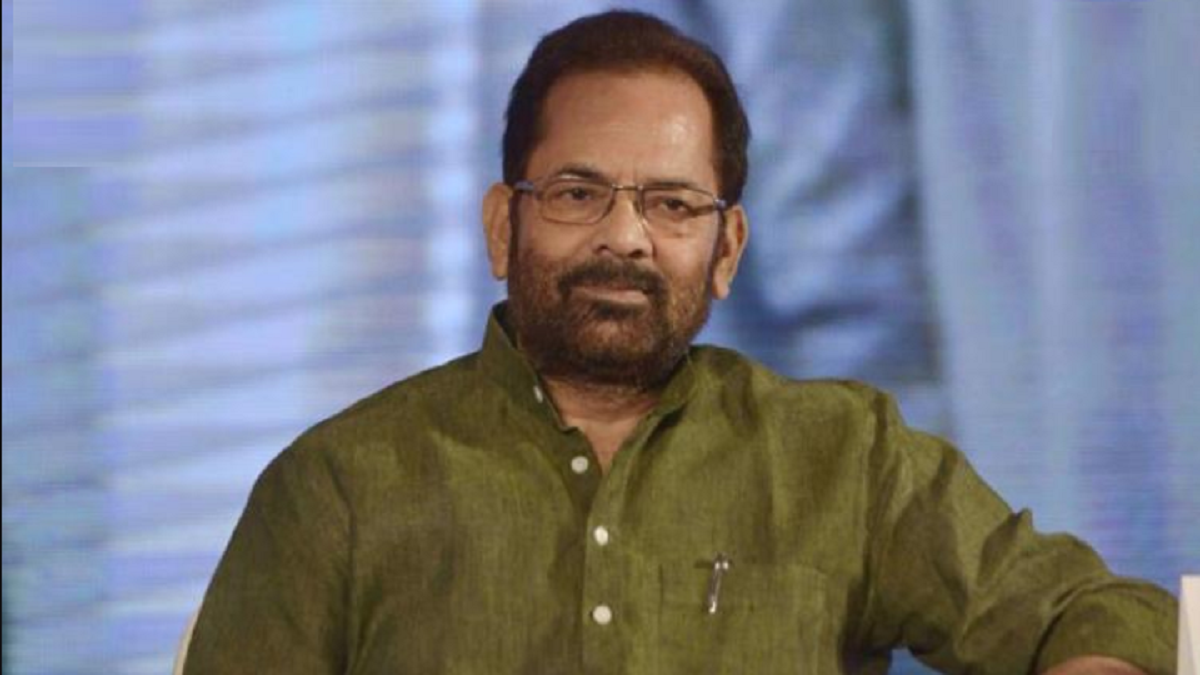 Triple talaq had been given political patronage by “merchants of the vote-bank” and the Narendra Modi government took a big step by declaring it a criminal offence, said Minority Affairs minister Mukhtar Abbas Naqvi while marking the first anniversary of the Muslim Women (Protection of Rights on Marriage) Act, 2019 on Friday.

Naqvi, while addressing Muslim women across the nation via video conferencing, said that the move has highly bolstered the selfreliance and self-confidence among Muslim women. He also stated that triple talaq cases have reduced drastically after the enactment of the law in the country.

Naqvi further mentioned that the Modi government is committed to political empowerment and not “political exploitation”. He added that August 1 will be reworded as ‘Muslim Women’s Rights Day’ in history as Muslim women were freed from the social evil of instant triple talaq.

In an apparent dig at the Congress, Naqvi also said that ‘talaq-e-biddat’ was “neither Islamic, nor legal”, but despite that, “political patronage” was given to it by “merchants of the vote bank”. “In the 1980s, when the Supreme Court passed the historic judgement in the Shah Bano case, the law against triple talaq could have also been passed,” Naqvi said. “The Congress had an absolute majority in Parliament with more than 400 out of 545 Lok Sabha members and more than 159 out of 245 members in the Rajya Sabha. But the Rajiv Gandhi government used its strength in Parliament to make the Supreme Court judgement ineffective and deprive Muslim women of their constitutional and fundamental rights,” Naqvi said.

Haryana to provide infrastructure worth Rs 32 crore for beekeepers 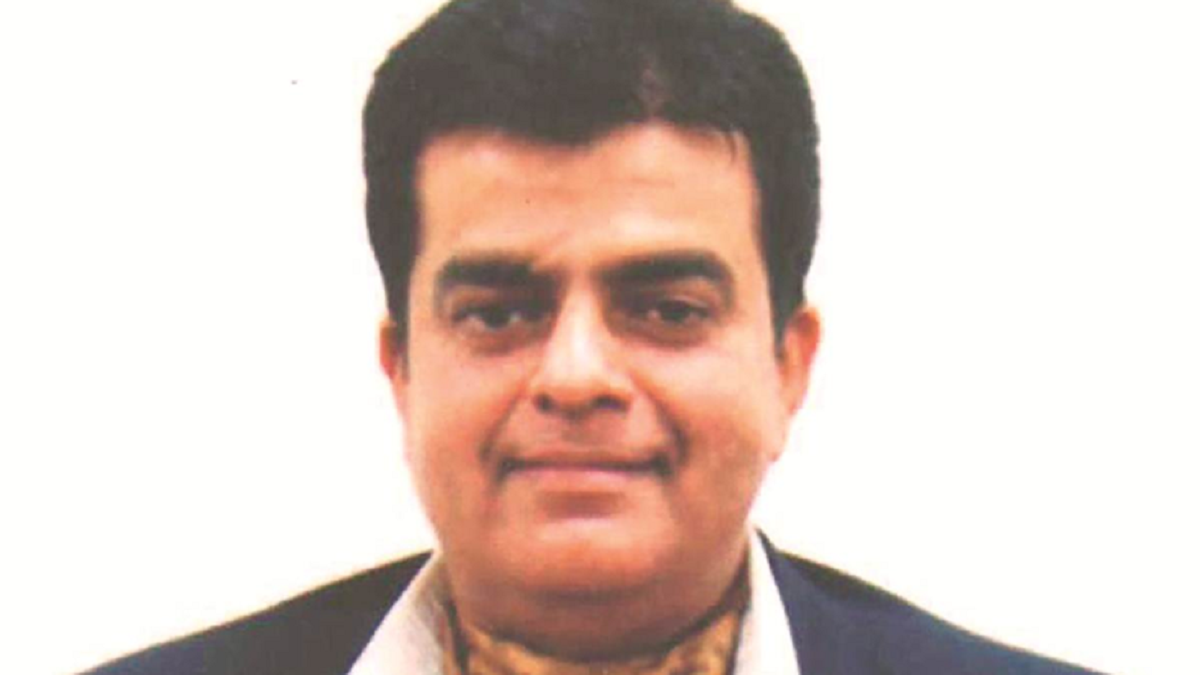 CHANDIGARH: In With a view to facilitating production and trade of quality honey in the state, the Haryana government has proposed various infrastructure development projects and training programmes for beekeepers to the tune of Rs 32.28 crore under the ‘Aatmanirbhar Bharat Abhiyan’ economic package. This includes setting up of a quality control test laboratory at Integrated Beekeeping Development Centre (IBDC), Ramnagar, district Kurukshetra, at a cost of Rs 20 crore. Besides, Rs 1.40 crore would be earmarked for establishing collection, marketing and storage centres, post-harvest, and value addition at IBDC. A sum of Rs. 10.88 crore is proposed to be spent on other components such as beehives, bee-colonies, bee-breeders, training programmes and other state agricultural universities (SAU) projects.

While stating this in Chandigarh on Friday, Additional Chief Secretary, Agriculture and Farmers’ Welfare Department Sanjeev Kaushal said that the setting up of the laboratory, which would be got accredited, would help beekeepers and honey producers produce quality honey for domestic consumption, as well as exports. 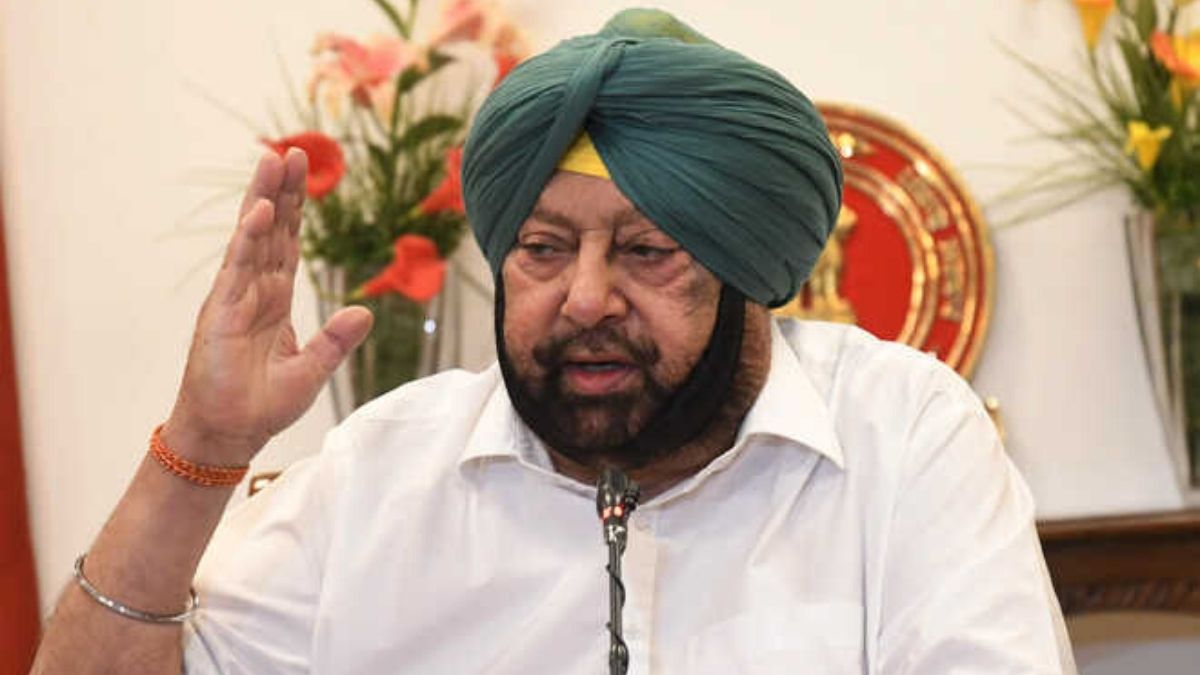 CHANDIGARH: In a healing touch to the bereaved families affected by the spurious liquor tragedy which has claimed over 113 lives, the Punjab Chief Minister Captain Amarinder Singh on Friday announced an increased compensation for victim’s families from existing Rs 2 lakh to Rs 5 lakh. He also said that survivors who had lost eyesight in the tragedy would also get Rs 5 lakh. Handing over a cheque of Rs. 2.92 crore for the families of 92 victims of Tarn Taran, CM unambiguously said that anyone, however affluent he might be, responsible for this atrocious crime would not be spared at any cost.

Reiterating his government’s commitment to stand by the victim’s families, the CM also extends help by providing jobs, education, and other social security benefits to them. “Perpetrators of this heinous crime would not be spared at any cost and severe action would be taken against them”, the CM said. Informing further, he said that investigations are already underway in this case and DGP Dinkar Gupta has been directed to further expedite the same. 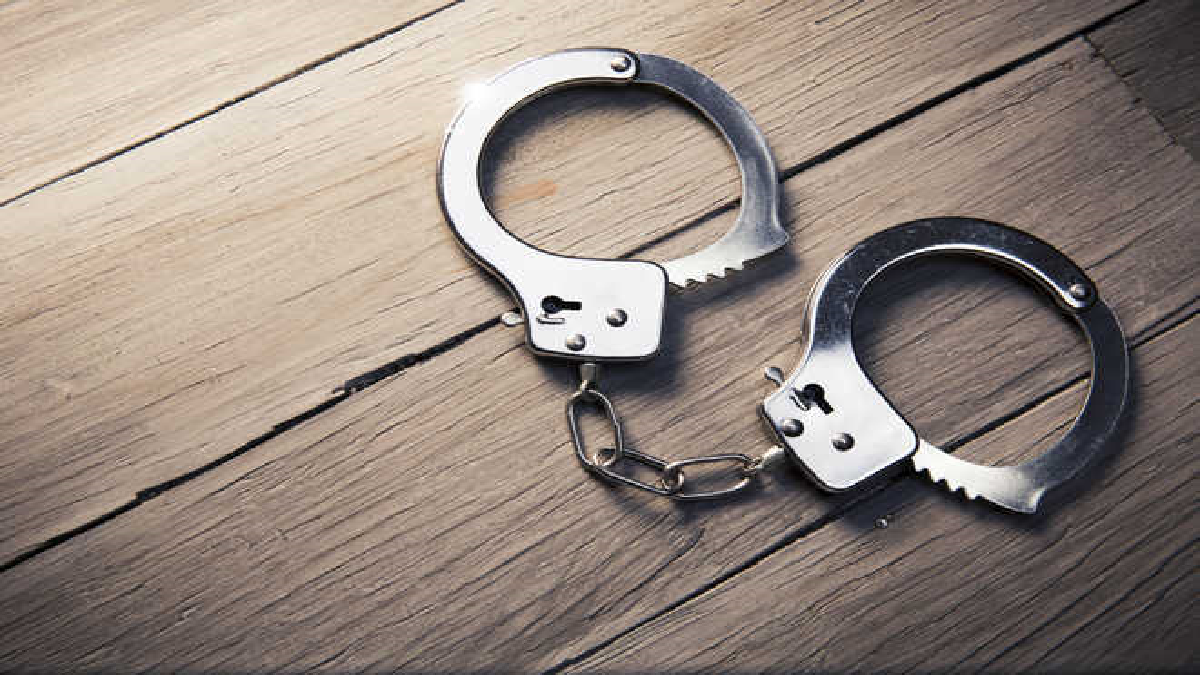 CHANDIGARH: The Punjab Police on Friday arrested two of the key absconders in the hooch tragedy, while adding murder charges to the FIRs against all the kingpins in the case. On directives of Chief Minister Captain Amarinder Singh, Section 302 IPC has been added to the FIRs against the kingpins, directly responsible for the death of 113 people across three districts, DGP Dinkar Gupta said.

With the arrest of father-son duo, Harjit Singh and Shamsher Singh, the total number of arrests in the case has gone up to 54, of which 37 are from Tarn Taran, 9 from Amritsar Rural, and 8 from Batala, DGP added. Harjit Singh and Shamsher have also been booked on murder charges, apart from Kashmir Singh and Satnam Singh, said the DGP. He said that in addition, two FIRs have been registered for harbouring the criminals involved in the case and another 21 persons have been arrested in this connection. More than 887 raids have been conducted since 31 July, when the first deaths in the case were reported, in the three affected districts (303 in Tarn Taran, 330 in Amritsar (Rural) and 254 in Batala). While Harjit was nabbed by Amritsar (Rural) police, which has registered one FIR, his son was apprehended by Tarn Taran police, which has booked 3 FIRs with maximum of 84 deaths, DGP said. Two FIRs have been registered in Batala, with 14 deaths. The coordinated raids that led to the arrest of the duo took place this morning, he added. 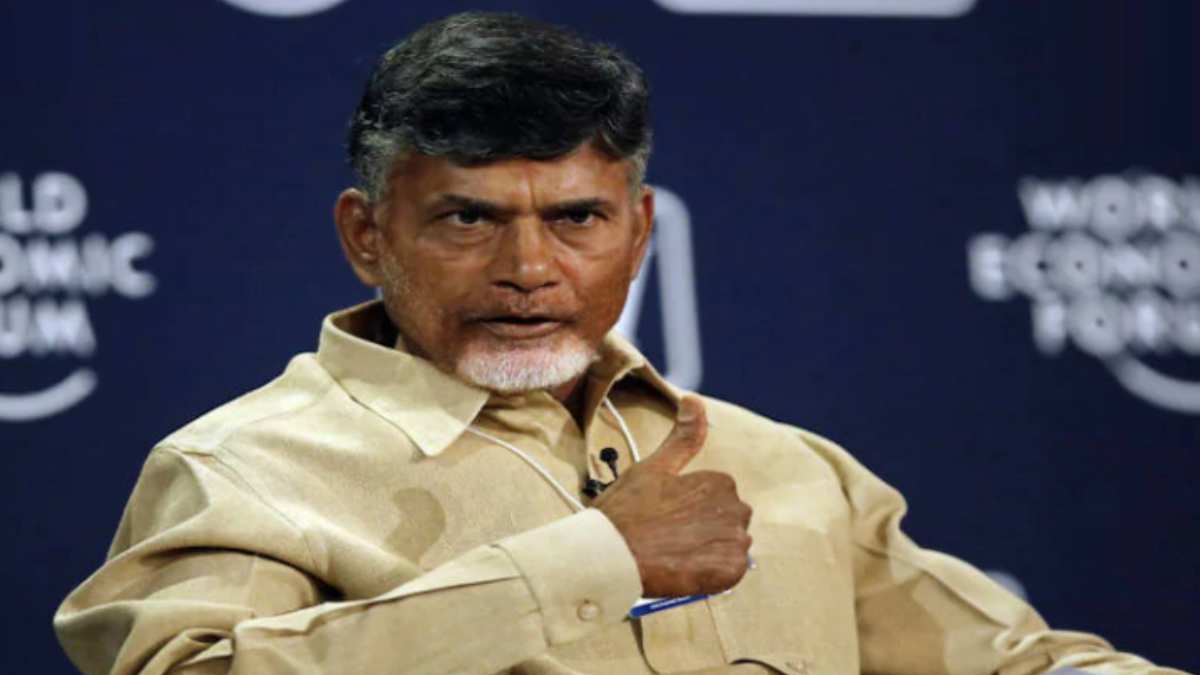 Naidu demanded an explanation from Reddy over his apparent hatred with the current capital and his stubbornness to destroy an excellent ongoing project. He reiterated that YSRCP’s action would only push the state into darkness and destroy opportunities for the upcoming generations.

Addressing a press conference here, Naidu said that from the Chief Minister to Ministers, all YCP leaders made pre-poll assurances that they would not change the capital. But now they aren’t even forthcoming to the idea of a fresh mandate on the concept of three capitals. The opposition leader warned the present government that this move will be very detrimental for the future of the state and pointed out that while 132 projects were started in Amaravati, simultaneously 160 additional projects begun in all the 13 districts from Srikakulam (northern district) to Anantapur (near Bangalore).

Five clusters were visualised under the Visakhapatnam-Chennai Industrial Corridor and another three clusters were planned under Chennai-Bangalore Industrial Corridor. Three mega cities, 14 smart cities, 3 international airports and ports were on the anvil. Naidu also said that 12 out of the total 15 Central government institutions were given to backward regions of Rayalaseema and North Andhra for a balanced development in the state. These included Indian Institute of Technology, Indian Institute of Management and so on. Seema was converted into a horticulture hub.

Naidu asserted that decentralisation was not a new concept and Amaravati was actually visualised as a vibrant city to achieve the larger objective to ensure decentralised development in the state. It has got huge potential to create spin-off benefits for all districts in the State. Amaravati has also got an excellent self-financing plan such that it would generate funds from out of its own valuable land resources to meet its future infrastructural requirements. The TDP chief said that he had sown the seeds for HiTech City when some sections made fun of that at that time. But, this gradually led to exponential growth in Hyderabad with the help of additional projects like International Airport, Pharma City and Outer Ring Road. Similarly, plans were made for developing Amaravati where 139 projects were lined up. But, the Government has crippled all these projects. He said that the Central Government has a responsibility to intervene and stop capital shifting in the larger interests of AP people. 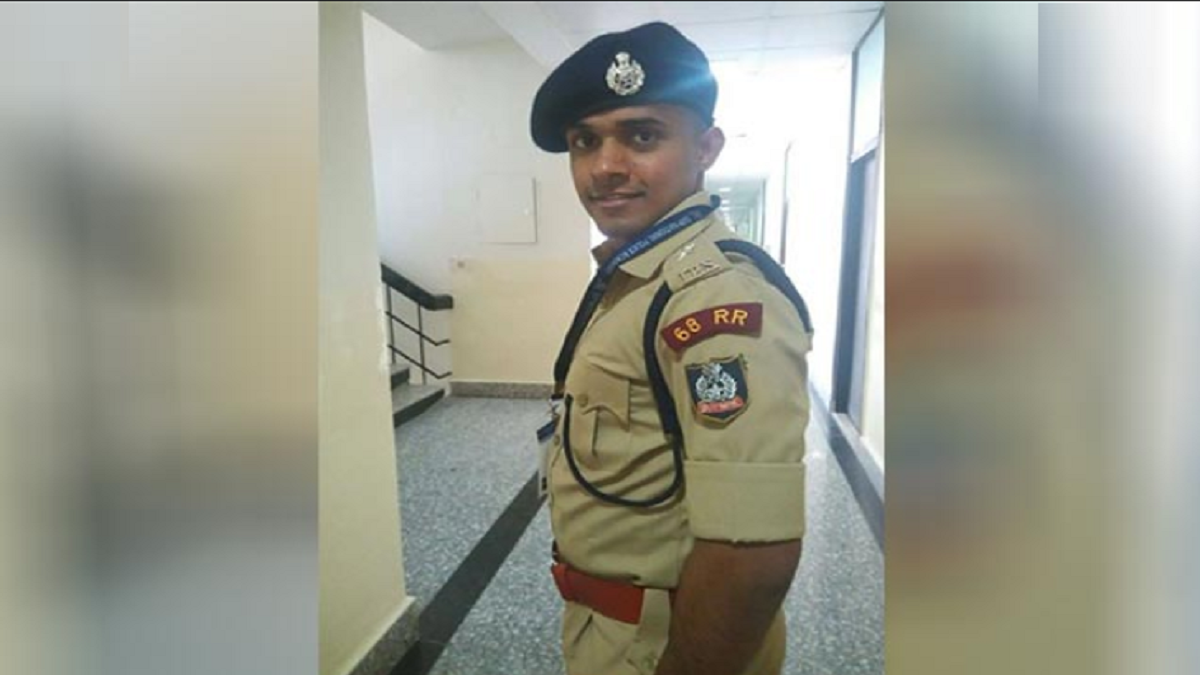 MUMBAI: Punjab’s Shortly before he took a flight back to Bihar, Patna (Central) Superintendent of Police (SP) Vinay Tiwari on Friday alleged that “it is not me, but the Sushant Singh Rajput probe that was quarantined”. Released from quarantine by the BrihanMumbai Municipal Corporation (BMC) after six days and directed to leave Mumbai before Saturday (August 8) as per the Covid-19 protocols, Tiwari said, “The Maharashtra government did not isolate me, but quarantined the probe into the death of Sushant Singh Rajput.”

He claimed that this attitude of the Maharashtra government has had an opposite effect on Sushant’s suicide case. Tiwari added that he was not informed by any BMC official personally that he could walk free from quarantine. “The BMC merely sent me a message and I am proceeding to Patna accordingly,” he said.

In a late night order on Thursday, BMC Additional Municipal Commissioner P. Velrasu permitted Tiwari to be relieved from home quarantine. The development came after the Bihar Police wrote to the BMC on Thursday saying Tiwari should be released from quarantine to facilitate his return to his home state to resume his duties.

The Bihar Police also pointed out that he was no longer required in Mumbai and his arrival period was within seven days. An IPS officer of 2015 batch, Tiwari had arrived here from Patna on August 2 to probe the case related to Bollywood actor Sushant’s death. However, as per the Covid-19 protocols, he was shunted to home quarantine at the SRPF Guest House in Goregaon, even as Bihar Police cried foul although the BMC said that it was merely following the due procedures.

Rhea came in touch with Sushant only for his wealth: Bihar govt to apex court 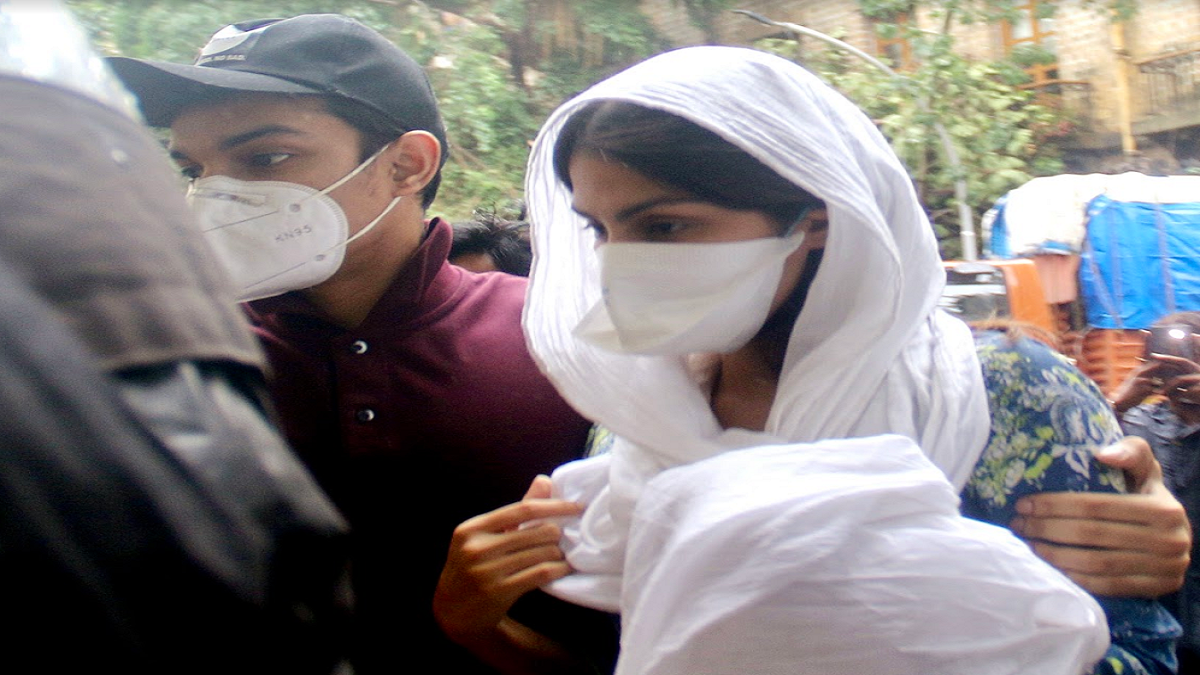 The Bihar government has filed an affidavit in Supreme Court seeking dismissal of the plea by actress Rhea Chakraborty seeking to transfer FIR from Patna to Mumbai in Sushant Singh Rajput suicide case. The affidavit said that Rhea Chakraborty and her family members came in contact with Sushant Singh Rajput with the sole motive of grabbing crores of rupees from him and later painted a false picture of his mental illness.

Bihar police began their investigation after an FIR (First Information Report) was registered by Rajput’s father KK Singh in Patna against Chakraborty under several sections, including abetment of suicide, and recommended CBI probe into Rajput’s death case looking at the sensitivity of the matter and its interstate ramifications.

Bihar government accused Mumbai police of non-cooperation, stating that “the forcible quarantine of the IPS officer Vinay Tiwary is nothing but a result of an afterthought on part of Mumbai police aimed at obstructing the investigation by the Patna police which is amply clear from the fact that when the four members of the SIT went to Mumbai, they were not quarantined.

However, when IPS officer Vinay Tiwary reached Mumbai, he was forcibly quarantined by the BMC. The aforesaid fact casts a serious aspersion on the role of Mumbai police who is apparently siding with the petitioner for the reasons best known to them.”

Bihar police further said that despite total non-cooperation from Mumbai police, they have found several leads in the investigation. They told the top court that since the probe points are scattered at many places in India, a CBI probe into Rajput’s mysterious suicidal death is much needed.

Bihar government said it has the jurisdiction to investigate the case, seeking to reject Chakraborty’s submission under section 179 of the Code of Criminal Procedure (CrPC) that the entire cause of action arose in Mumbai and it has no jurisdiction to register FIR.

Earlier, the top court had asked all parties involved to file their response in three days. It also ordered the Maharashtra government to apprise the court of the stage of investigation by Mumbai police into Rajput’s death.

The case will now be heard next week. Maharashtra government is likely to file its affidavit in a sealed cover.

The Supreme Court heard a petition by Rhea Chakraborty seeking to transfer the investigation to Mumbai, where investigation in connection with Sushant Singh Rajput’s death is already underway.