TMC minister gets notice for allegation against colleagues - The Daily Guardian 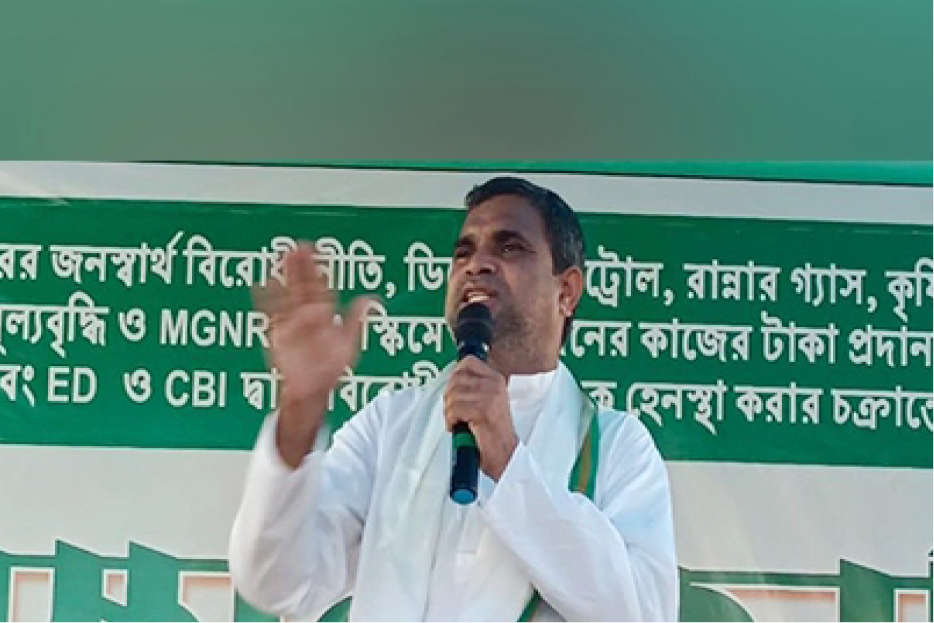 In yet another controversy surrounding the Trinamool Congress (TMC), Salboni TMC MLA and West Bengal Minister of State of Consumer Affairs Srikanta Mahata said Trinamool Congress MLAs and MPs from the entertainment industry were “looting the party” while the party leadership is ignoring honest workers.

In the viral video, Mahata could be heard telling his supporters that the party’s top leaders are labelling bad elements as good ones. “We have tried to reason with all the top leaders but they did not listen. They are labelling bad elements as good ones while overlooking the loyalists who are honest,” Mahata said.“We have to plan accordingly to save our citizenship. If needed, we should give deputation to the BDO, police and other officials, and ask them whether we have citizenship or not. And if needed, we can go to Mamata Banerjee. Starting from Mahadev to Sandhya Roy, June Malia, Sayani, Sayantika, Mimi, Nusrat. If they become assets for the party, then we cannot be a part of this party anymore,” the TMC leader was heard saying in the video.

Mahata planned a meeting with party workers to form a new Citizens’ Union.He further said, “If they turn out to be the assets of the TMC, how long can we be with this party?” If there are instances of loot of money, the minister should go to jail. Otherwise, people will point fingers at other ministers and label all of us as thieves. People are saying all ministers of this cabinet are thieves. Party will listen to those thieves only. We have to look out for new ways. We have to build a movement against it. Aren’t all of us facing similar taunts?”

Mahata’s comments surfaced in the backdrop of the arrests of senior leaders Partha Chatterjee and Anubrata Mondal by central agencies in connection with school jobs scam and alleged cattle smuggling respectively. Following this, Mahata was show-caused for his “derogatory” statement which harmed the party’s image on instructions of party general secretary Abhishek Banerjee.

Reacting to the controversy, Paschim Medinipur BJP Vice President Shankar Guchait said, “The minister has got finally enlightened. His statement against the MPs and MLAs isn’t wrong. Also, I think, through the Citizens’ Union, he wants to bring in Maoists through the backdoor. This is also possible.”