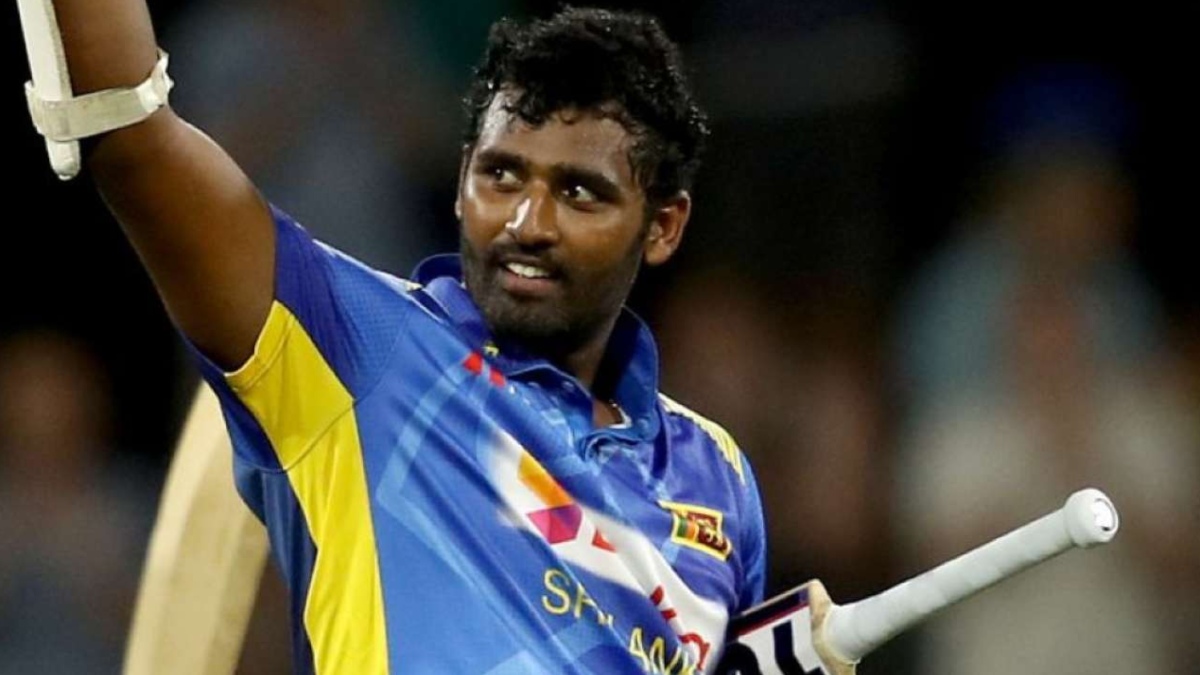 Thisara conveyed the news of his retirement to Sri Lanka Cricket (SLC) on Monday morning, reported ESPNcricinfo. The 32-year-old all-rounder has also confirmed that he will continue to play franchise cricket. He will continue playing for Jaffna Stallions in the Lanka Premier League (LPL).

Perera played 6 Tests in his career, managing to score 203 runs and he also took 11 wickets.

The left-handed batsman was known more for his antics in the white-ball format. He represented Sri Lanka in 166 ODIs, smashing 2,338 runs.

He was also a part of the Indian Premier League (IPL) till 2016 and he played for teams like Chennai Super Kings (CSK), Kochi Tuskers Kerala, and Rising Pune Supergiants.

Perera was also a part of Sri Lanka’s T20 World Cup-winning squad in 2014.

‘AUS SHUTTING BORDER ADDED TO ANXIETY FOR AUSSIES IN INDIA’ 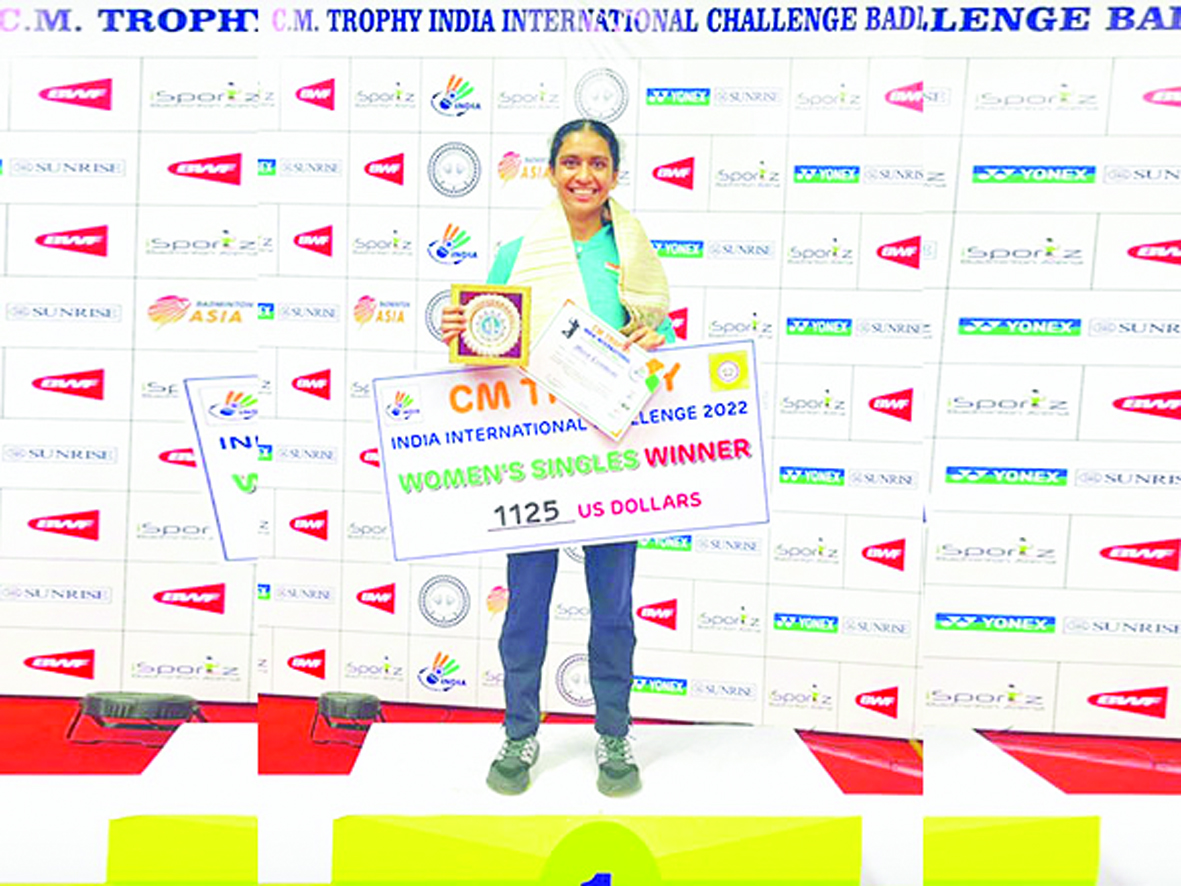 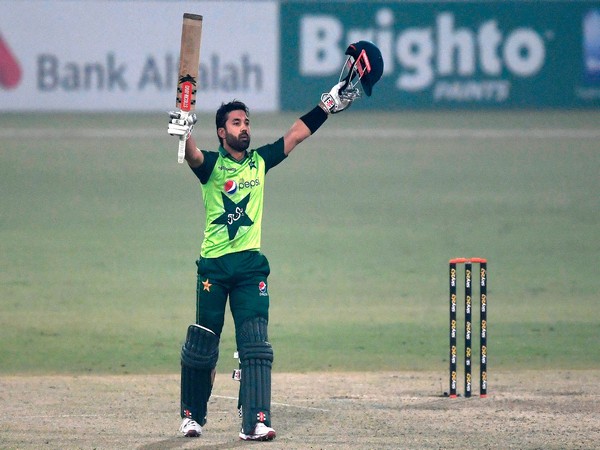 Mohammad Rizwan’s explosive half-century and pacer Haris Rauf’s fiery spell helped Pakistan clinch a thrilling three-run win over England in the fourth T20I at Karachi on Sunday.
With this victory, Pakistan has levelled the seven-match T20I series 2-2. In the first innings, Pakistan posted 166/4 in their 20 overs. Rizwan’s crafty 88 off 67 balls powered his side to a modest total. Pacer Reece Topley impressed with his spell of 2/37. Chasing 167, England was kept in the hunt by knocks from the likes of Harry Brook (34), Liam Dawson (34) and Ben Duckett (33), but wickets fell at regular intervals. The visitors fell short by just three runs in a thriller after being bundled out for 163 in 19.2 overs. Rauf (3/32) and Mohammad Hasnain (3/35) produced match-winning spells for Pakistan.
Chasing 167, Hasnain’s pace and Mohammad Nawaz’s spin formed a cocktail that dismantled English top order. Phil Salt (8), Alex Hales (5) and Will Jacks (0) were back in pavilion within the space of just 2 overs and 14 runs on the board.
Duckett and Brook, heroes from the last match, took the chase further with a lot of care and some audacious hits. By the end of powerplay in six overs, England seemed to be in recovery mode at 50/3, with Brook (9) and Duckett (27) at the crease.
Spinner Nawaz delivered the hosts a key breakthrough by sending back Duckett for 33 off 24 balls. England was at 4/57.
Skipper Moeen Ali was next up on the crease. He and Brook feasted on spin, scoring some big runs off it. The partnership fell just one run short of reaching the 50-run mark after Nawaz produced a brilliant delivery that crashed into Ali’s stumps while he attempted to hit over the leg side. Ali was back in the pavilion for 29 off 29 balls. Half the side was back in the hut for 106 runs.
Following this, pacers Mohammad Wasim and Rauf solidified Pakistan’s grip in the match by dismissing Brook (34 off 29) and David Willey (11 off 10). England was at 7/130. But it was Liam Dawson who turned the table in favour of England. He thrashed Hasnain mercilessly for 24 runs in the 18th over, bringing down the equation to nine runs in two overs.
Rauf’s 19th over marked Pakistan’s comeback in the match as he sent back Dawson (34 off 17 balls) and debutant Olly Stone (0), increasing his wicket tally in the match to three. England was nine down at 163 runs.
England needed just four runs in the final over, but Topley was run out for nought by Shan Masood. Pakistan was able to steal a memorable win just when things looked terrible for them.
Rauf (3/32) and Hasnain (3/35) lead the Pakistani pace, delivering timely wickets. Wasim and Nawaz also took one wicket each. 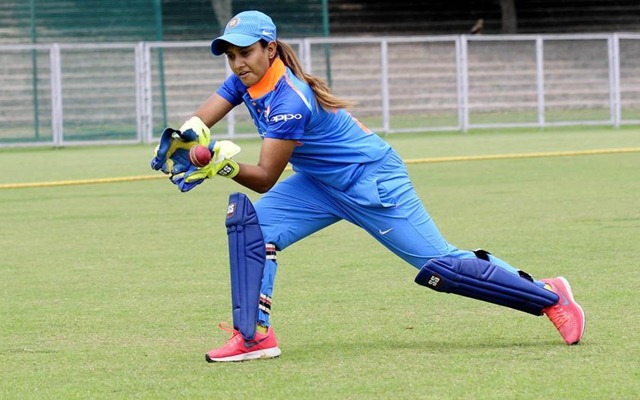 India wicketkeeper Taniya Bhatia on Monday alleged a theft at the Marriot in London during her stay at the hotel.
The Indian youngster who was part of India women’s historic 3-0 whitewash over England in a three- match ODI series took to Twitter and claimed that she was robbed off a bag which contained cash, cards and other valuable items and was kept in her hotel room.
“Shocked and disappointed at Marriot Hotel London Maida Vale management; someone walked into my personal room and stole my bag with cash, cards, watches and jewellery during my recent stay as a part of the Indian Women’s Cricket team. @MarriottBonvoy @Marriott. So unsafe,” Bhatia tweeted.
“Hoping for a quick investigation and resolution of this matter. Such lack of security at @ECB_cricket’s preferred hotel partner is astounding. Hope they will take cognisance as well. @Marriott @BCCIWomen @BCCI,” Bhatia further added.
However, England Cricket Board (ECB) or the BCCI is yet to release a statement on the incident.

India is peaking at the right time ahead of T20 World Cup: Rajkumar Sharma 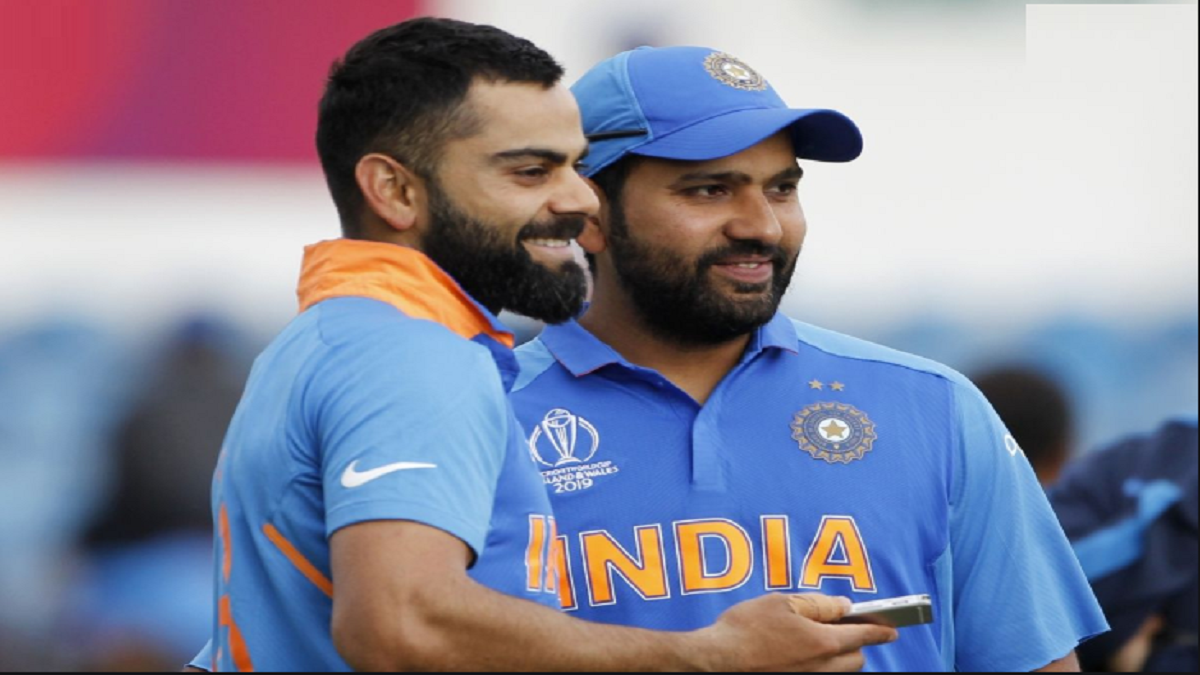 India registered a superb six-wicket victory over Australia in the third and final T20I to clinch the series 2-1 here at the Rajiv Gandhi Stadium on Sunday.
Coming into match with the series levelled, Rohit Sharma & Co. showed great class and temperament in the do or die situation and the lot of credit for the victory goes down to the way Indian batting unit.
Chasing a stiff target of 187, the duo of Virat Kohli and Suryakumar Yadav batted brilliantly during the middle phase to help India register their first ever T20I series victory since 2013 against Australia at home.
Kohli who is slowly picking up his form scored 63 off 48 deliveries including three fours and four sixes; while Surya hit a blistering 69 off 36 balls that consisted of five towering sixes and as many boundaries.
Talking during a cricket special show on India News presented by Dafanews, Rajkumar Sharma, Virat’s childhood coach heaped praise on him and said, “Virat has batted beautifully in the match and has delivered on the expected lines for India. Virat played his role to perfection and the way he paced his innings was splendid. The good thing for India is that Virat is getting back to his old nick and that is a great sign for the team.”
While Virat was a class apart in the match, it was the performance of Surya that gave the required impetus to India’s batting in the second innings. “SKY (Surya) was also great and the way he mounted an attack on the Australian bowlers took the game away. The kind of shots that he played were simply outstanding and having him in the middle is a huge plus for India,” Sharma added.
Speaking on the match-winning performance between Surya and Virat, the Dronacharya awardee said, “The best about their partnership was the strategy that they played with. Virat was going great guns but he slowed down and played a second fiddle when SKY started taking the Aussie bowlers to cleaners. And when he got out, Virat again switched gears which was phenomenal.”
“Also the running between the wickets have been great between the two and it shows the kind of understanding they have in the middle,” he added.
Sharma believed that the way the Indian team is batting and the way everyone is contributing to the cause of the team is just what the team needed ahead of the upcoming ICC T20 World Cup.
“It is a great sign that the top order is standing up at the right moment for the team. Rohit is leading from the front and the intent which he is batting is phenomenal. I think it is the right way to go after the batting in the powerplay overs. Even Rahul is showing that intent but unfortunately, he is not getting enough runs on the board. But I don’t think that is a not a matter of worry. And the way Virat and Sky is holding up the middle order, it shows that the team is peaking up at the right time ahead of the T20 World Cup,” he concluded.

We will have to be more focused against Vietnam: Igor Stimac 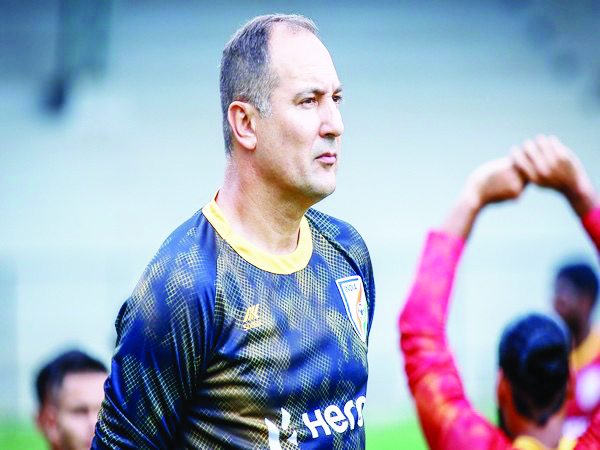 The Blue Tigers will have to exercise extreme focus in their second match of the Hung Thinh Friendly Football Tournament, as they gear up to face hosts Vietnam at the Thong Nhat Stadium in Ho Chi Minh City, on Tuesday, September 27, 2022.
India played their first match of the competition against Singapore at the same venue, a game that ended with the two sides sharing the spoils in a 1-1 draw. Head coach Igor Stimac stressed on the importance of maintaining focus, before the Blue Tigers face off against hosts Vietnam.
“It will be a very different game against a much stronger opponent, so our approach will also change accordingly,” Stimac said on the eve of the match.
“We need to be more focused, especially on vertical football and quick transition. At the same time, we must maintain focus on our defence as well. They pose a real threat from long range shots, and from their crosses, and we need to be able to deal with that,” Stimac added.
The India head coach has also closely followed the match between Vietnam and Singapore, and believes that the tomorrow’s opponents are an organised unit.
“I’ve watched their first match against Singapore and they (Vietnam) are a very disciplined side,” said Stimac. “They have also had enough time after the first game for recovery, while we need to see how many of our boys will be available and fit to play.” However, the 55-year-old chose to look at the bright side, as most of his players are now available for selection.

We had warned her multiple times: Deepti Sharma on Charlotte Dean’s dismissal 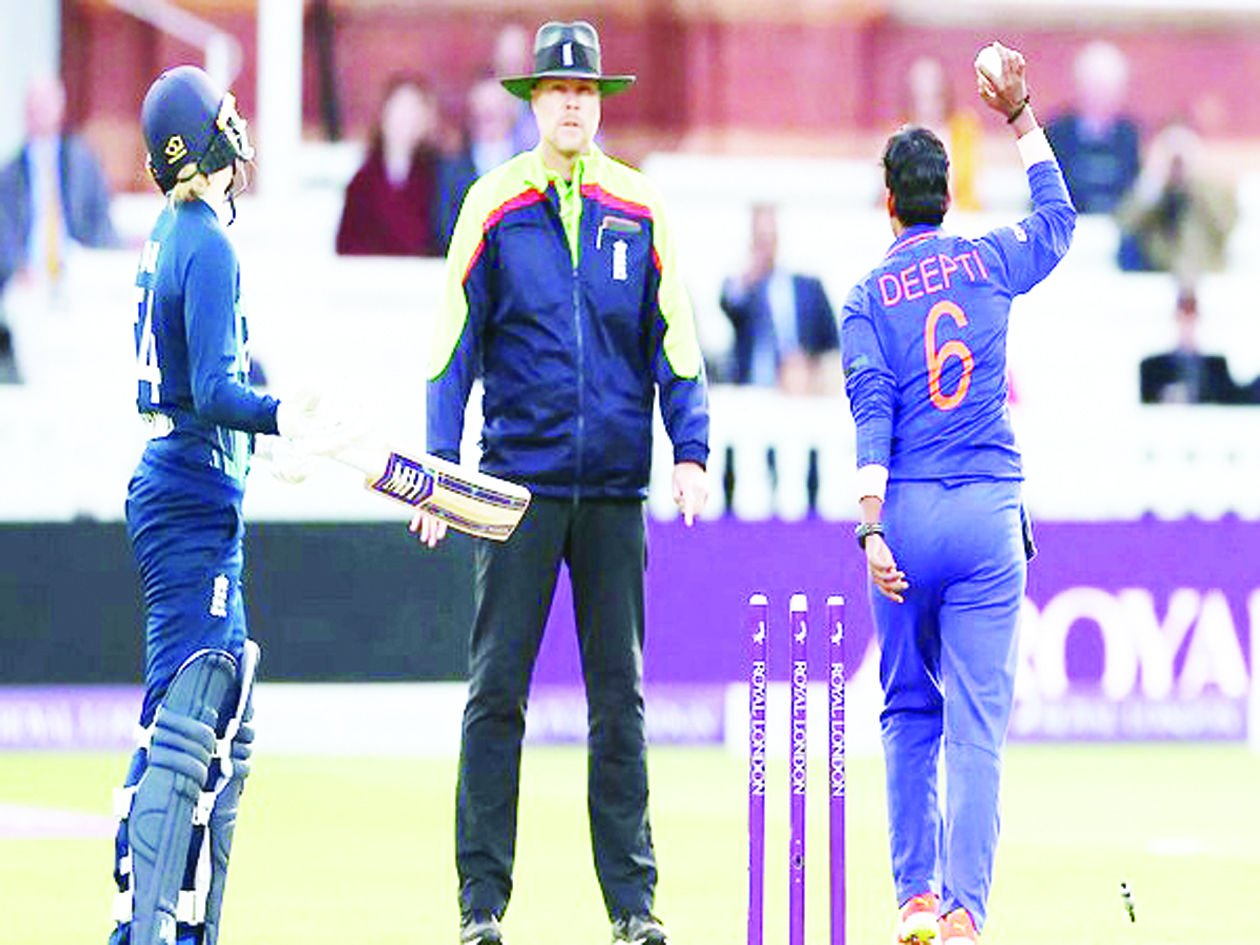 The chatter has not stopped yet on India’s Deepti Sharma running out England’s Charlotte Dean at the non-striker’s end in the 44th over of the innings. Many players came in support of Deepti while others have different opinions and stand with Charlotte.
It was a plan, but one that was developed only after numerous warnings to Dean, according to Deepti, who stopped in the middle of her bowling motion and pulled off the bails at the non-striker’s end to complete a 3-0 sweep of England. “It was a plan because we had warned her [for leaving the crease early] multiple times. We did things as per the rules and guidelines. We told the umpires as well, but she was there [outside the crease]. We couldn’t do much,” ESPNcricinfo quoted Deepti as saying.
Earlier India skipper Harmanpreet Kaur also came in support of her player and gave a blunt reply to the official broadcaster that no “crime” had been committed.
When questioned about the non-striker’s end runout by Deepti after Harmanpreet had led India to an ODI series win in England after 23 years, she said, “Today, whatever we have done, I don’t think it was any crime. It is part of the game and is an ICC rule, and I think we just need to back our players. I’m actually very happy she [Deepti] was aware of that, and the batter is taking too long a stride. I don’t think she has done something wrong.”
With 17 runs needed to win the third and final match of the three-match ODI series, the 10th wicket partnership on 35 and Charlotte Dean edging closer to a fantastic half-century, drama unfolded at Lord’s with Deepti running Dean out at the non-striker’s end in her delivery stride.
Sometimes, the batter at the non-striker’s end leaves his popping crease while the bowler is in his/her final delivery stride. If a bowler sees this, he/she can legally attempt to run out of that batter as per the laws of the sport.
Indian cricket legend Vinoo Mankad first did this during 1947-48 during India’s tour of Australia by running out Australia’s Bill Brown at the non-striker’s end, which earned it the name ‘Mankading’. Though many cricketers argue that it is against the spirit of the game, it is totally legal as per the laws of the sport.