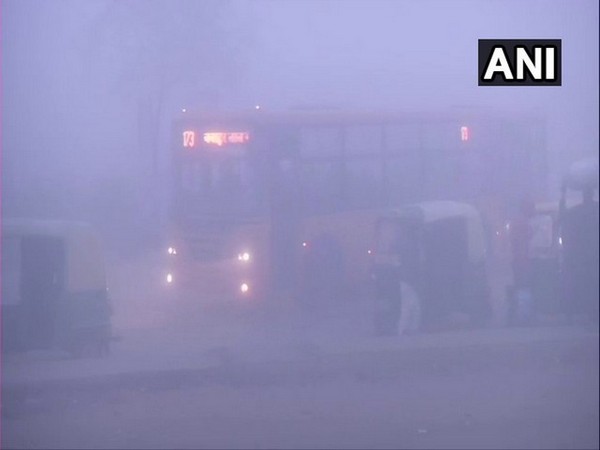 Union Minister of State for External Affairs V. Muraleedharan later clarifies that BJP has not yet decided to name Sreedharan as CM candidate for Kerala polls. 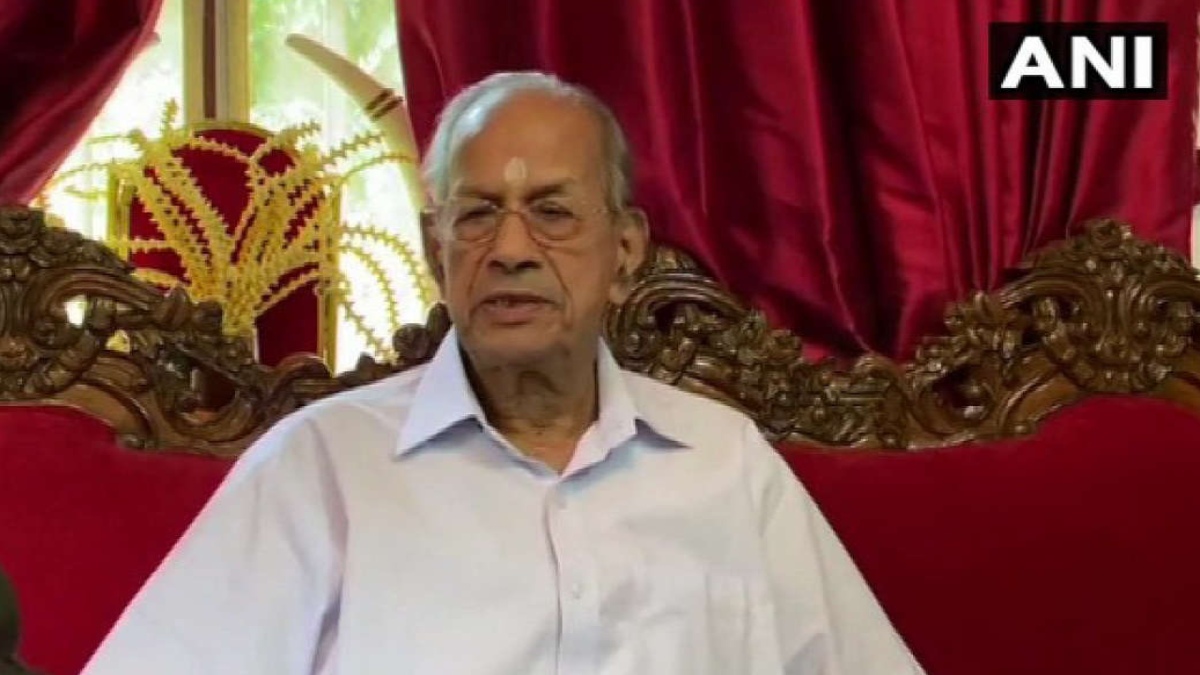 Union Minister V. Muraleedharan on Thursday had to backtrack from his comments after he claimed that the BJP has announced ‘Metroman’ E. Sreedharan as its chief ministerial candidate for the Kerala elections.

He clarified that the Bharatiya Janata Party (BJP) has not yet decided to nominate Sreedharan, popularly known as ‘Metroman’, as the Chief Minister candidate of the party for the upcoming Kerala Assembly polls.

Speaking to ANI, Muraleedharan said: “There were some statements that E Sreedharan will be CM candidate in Kerala. I heard media reports that the party has announced him as the CM candidate. “After I talked to the party president he said that he hasn’t made any statement and he was only referring to some issue in Kerala, So it should not be considered as an announcement, I am clarifying it,” he added.

Earlier on Thursday, Muraleedharan told ANI that Sreedharan would become the CM candidate for the upcoming Kerala Assembly elections. “BJP will fight Kerala polls with E Sreedharan Ji as its chief ministerial candidate. We will defeat both CPIM and Congress to provide a corruption-free, development-oriented governance for the people of Kerala,” he tweeted.

“Kerala BJP under the able leadership of Prime Minister Narendra Modi ji will strive to take care of the needs of the people of Kerala. The New Kerala under E. Sreedharan Ji will pave the way for an efficient & effective Govt in the state.” he added.

On 18 February, Sreedharan announced that he will join the BJP. “If BJP comes to power in Kerala, I am ready to become the chief minister. The party has not asked me till now as it is too premature. But if BJP asks me, I am willing to take up the post and show how a state can be run efficiently like we are running DMRC,” Sreedharan had told ANI earlier.

The election for the 140-member Kerala Assembly will be held on 6 April.

The Delhi High Court on Thursday showed apprehensions over non-utilisation of coronavirus vaccine to its full capacity by the country, asserting that it is either being donated or sold off to foreign countries rather than being provided to Indians.

Justice Vipin Sanghi made the observations while hearing a suo motu public interest litigation (PIL) concerning vaccination of judges, court staff and lawyers on priority and for them to be treated as frontline workers so that they could receive it without limitations of their age or physical condition.

Justice Sanghi said, “If the capacity of the two vaccine manufacturers were being utilized to the full and then the restrictions were to be put, it would have been one thing. We should not have the situation where we are not even utilizing the full capacity.” His remarks came after Covishield and Covaxin vaccine manufacturers Bharat Biotech and Serum Insititute of India apprised that the capacity to vaccinate the judicial staff is available. 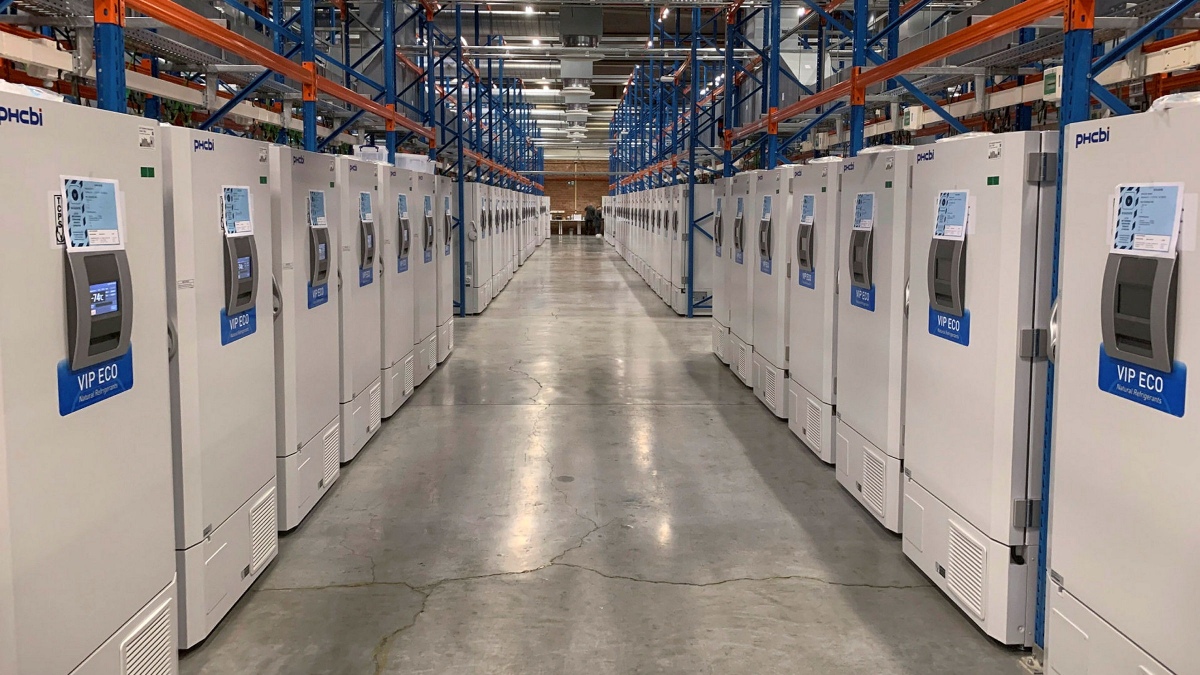 Hyderabad-headquartered Rockwell Industries, a pioneering commercial cold chain appliances manufacturer, on Thursday launched CHILLERMIL, the world’s first chiller/freezer powered by hybrid (solar and wind) renewable energy, that would be ideal for storing vaccines, lifesaving medicines, including those for Covid-19 vaccines at the desired temperature. The company also rolled out their new Covid-19 vaccine freezer series.

The Intelligently designed Rockwell’s CHILLERMILL, and WHO PQS (World Health Organisation PQS) certified the new Covid-19 Freezer Series, will be manufactured at its state-of-the-art manufacturing facility in Medchal, Hyderabad. The entire system is certified by the National Institute of Pharmaceutical Education & Research (NIPER) Hyderabad.

Jayesh Ranjan, Principal Secretary, Government of Telangana for the Industries & Commerce (I&C) and Information Technology (IT), formally launched the new range of Covid-19 vaccines chillers, a simple plug and play standalone unit, powered by Solar Mills, a hybrid (wind and solar) energy solution, manufactured by Wind Stream Energy Technologies ideal for remote areas where availability of electricity is not stable. The Hybrid Renewable System, comprising Savonius vertical axis wind turbines, along with a Solar Module enables, the refrigerator to run 24/7 on power stored in batteries. Solar Mills are also being used in powering critical applications of Defence forces, Railways and Telecom domain.

Commending Rockwell for its need of the hour technological innovation, and its new Covid-19 vaccine focussed Hybrid Renewable Energy driven CHILLERMILL and the WHO certified new Covid-19 Freezer series, Jayesh Ranjan said: “Governments and immunisation programmes rely on a complicated cold chain of freezers and temperature-controlled conditions and Rockwell has developed the much-needed refrigeration technology to address these challenges to preserve vaccine, healthcare products, and other deep-freezing applications.”

The company is in active discussion with leading vaccine players nationally and internationally to supply CHILLERMILL. “We expect to close in orders worth Rs 25 crore this year and hope to achieve Rs 50 crore by the end of 2022,” Ashok Gupta added. 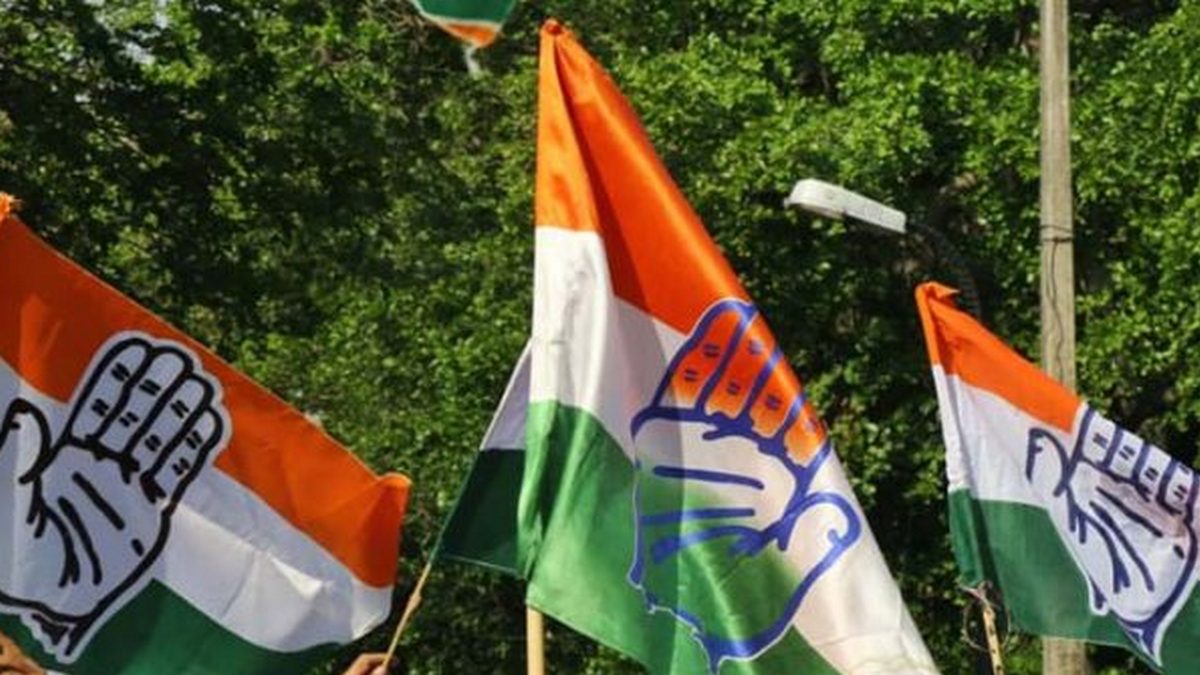 AICC national spokesperson Dr Sravan Dasoju has challenged Chief Minister KCR to come up with concrete announcements on ITIR project, job notification and regularization of contract employees and said that Congress candidates will quit from contesting in MLC elections, if those announcements are made in the form of Government Orders (GO).

While addressing the media today at Gandhi Bhavan, the senior Congress leader also demanded them to quit, if they failed to accept his challenge in this regard. He also said that the challenge is also applicable to the BJP which is supposed to have given the funds for the prestigious ITIR project. Dr Sravan suspects the integrity of BJP and TRS parties which didn’t raise even a single question in Parliament in retaining the ITIR project and demanded both the parties to pursue the matter with Union IT Minister Ravi Shankar Prasad to restore it or stage a protest dharna in front of his residence in Delhi to prove their honesty.

“I ask KCR and KTR to immediately make an announcement on implementing ITIR project with state funds irrespective of its estimated budget, Rs 13,000 crore or Rs 20,000 crore. They must issue a notification to fill up 1.93 lakh government jobs and initiate the process to regularize 1.20 lakh contract employees. All these announcements must be done officially in the form of Government Orders. If that happens, Congress candidates will immediately quit from the MLC elections,” Dr Sravan said. According to him, the BJP is also one of the culprits who fooled the Telangana society in ITIR project, Kazipet Coach Factory, AIIMS, etc.

Many people are angry over the biased nature of the report and the fact that it did not consider Jammu & Kashmir and Ladakh to be a part of India.

India was downgraded to “partly free” for the first time since 1997 in an annual ranking of democracies by the US government-funded research group Freedom House. The report cited worsening civil rights, continuing discrimination against Muslim citizens and increased harassment of government critics under PM Narendra Modi for the slip in rankings.

The report titled “Freedom in the World 2021—Democracy under Siege”, released by the Washington-based organization, downgraded India’s status from a ‘free’ country to a ‘partly free’ country, giving it a ‘global freedom score’ of 67/100 – down from a score of 71 in 2019 and 75 in 2018—after judging it on the basis of various political rights and civil liberties.

India “appears to have abandoned its potential to serve as a global democratic leader”, said the report, adding that India’s fall “from the upper ranks of free nations could have a particularly damaging impact on global democratic standards”.

The report, however, left several Indians enraged. Many of them were angry over the biased nature of the report and the fact that it did not consider J&K and Ladakh to be a part of India.

The report, citing “key developments” in 2020 that contributed to the ‘downgrading’ of India, mentioned that in February 2020, more than 50 people, mostly Muslims were killed in the communal violence that followed the protests related to Citizenship Amendment Act.

According to critics, the report failed to mention that the CAA didn’t aim to change the citizenship rights of Indian citizens, and was meant to help persecuted minorities from neighbouring Islamic nations to get Indian citizenship without hassle.

India must be prepared for threats from China, Pakistan: CDS Bipin Rawat 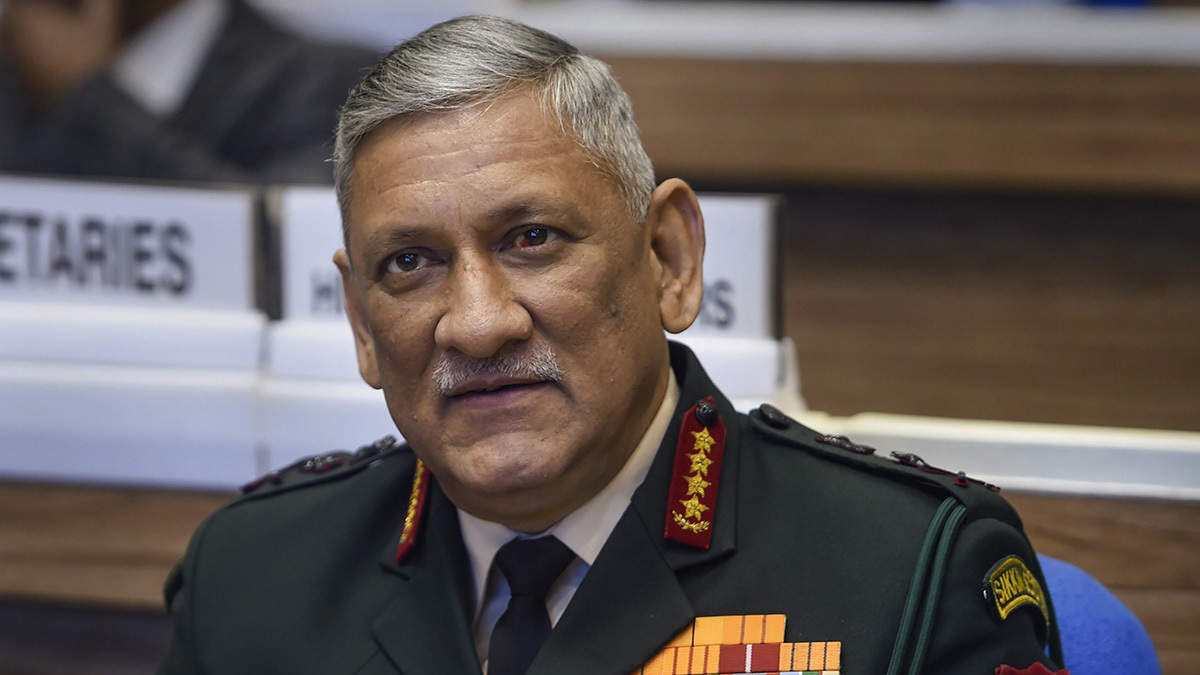 Listing out the challenged being faced by India, Chief of Defence Staff Gen Bipin Rawat on Thursday said that the country should be prepared for threats for military primary arising from China and Pakistan.

In his keynote address during a national webinar on “Transformation: Imperatives for Indian Armed Forces” organised by the College of Defence Management (CDM), Secunderabad, Rawat said that India is facing complex security and a challenging environment. “Some important steps that we need to take, include—defining the national security strategy, higher defence strategic guidance, structural reforms in higher defence and operational organisations,” he said.

The CDS said that the 20th century has seen profound changes in the character and nature of warfare due to information inclusivity and technological development. “New tools and tactics can be employed to connect rapidly to an audience like never before. Information is indeed more democratised today. India needs to take adapt its defence strategies accordingly,” he said.

CDS Rawat asserted that the Indian military faces greater challenges than any other military in the world and hence need to study transformational concepts adopted in other countries carefully to cater to the spectrum of warfare. “Since independence, the Indian military has grown from a small force with limited warfare capabilities into a large and modern fighting machine. The organisational structure for conventional wars or limited conflicts under nuclear overrank already exists, but they need to be re-modelled, re-equipped and re-oriented to conduct joint battles in digitized battlespace to have necessary flexibility for other types of operations,” he said.

“We must prepare for threats for military primary arising from China and Pakistan. In the future, China will continue to assert itself seeking to establish dominance in states surrounding India and the Indian Ocean region,” he added.

The CDS suggested that India needs to work on maritime requirements including ensuring the protection of maritime interest, safeguarding assets, supporting Indian war efforts in conjunction with other forces.

“We must effectively also leverage the opportunity provided by our Island territories which enables us to extend our reach, orchestrate our defence strategy and also provide depth to the mainland,” he said.