THE MAHARAJAS AND THEIR LOVE FOR ‘HORSELESS WONDERS’ 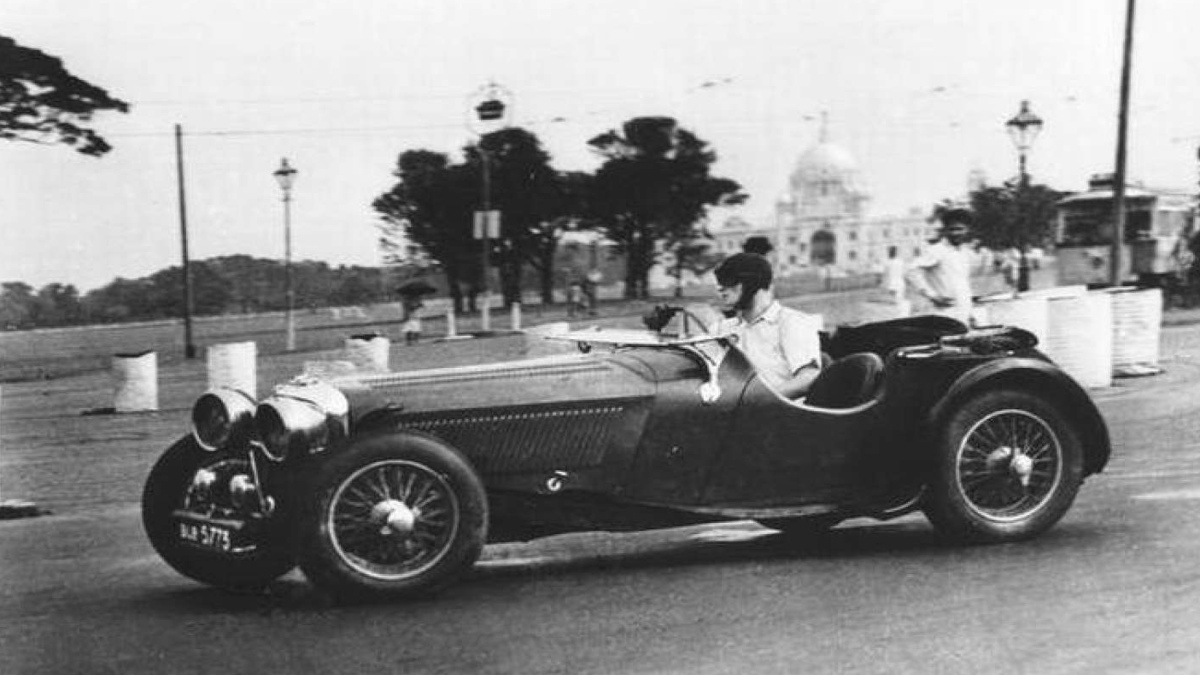 Ever since 1897, when the British and Indian royalty paraded cars in India, it has been viewed as status symbols across the subcontinent. Chronicling this passion, author Gautam Sen has come up with a new book The Automobile: An Indian Love Affair, that goes back to the time when the first car reached Indian shores, to the current times when a number of global carmakers are vying to woo Indians to grab the growing market.

The heart of the book, however, is the fascinating nuggets of history, especially those belonging to the Indian royalty and its fascination for these “horseless wonders”. Like how the Maharaja of Nawanagar, popularly known as Ranjitsinhji, was the first Indian to drive his own automobile. Or how Maharajkumar Bhupal Singh of Mewar, who was paralysed from the waist down, had a special hand-controlled Rolls Royce he could use by himself as far back as 1923. Another fascinating saga the book chronicles is the great Indian fascination for the motorsport and its Calcutta connection, though several other cities in India too had caught the racing bug. “Pune, Bombay and Bangalore followed with a very active motorsport scene during the 1950s and 1960s,” Gautam Sen writes.

The following is an edited extract from the book, The Automobile: An Indian Love Affair (Penguin, Rs 699):

On that fateful Sunday, fifteen petrolheads turned up, and the Calcutta Motor Sports Club (CMSC) was born, with the wealthy enthusiast, the Maharaja of Burdwan, Uday Chand Mahtab, as a patron. At Red Road and in the central Maidan area of Calcutta, the drivers took part in trials to gauge ability, and finally, scratch races were organised, with races held every Sunday. In true tally-ho fashion, a hat was passed around for expenses, everything was done in a friendly, picnic atmosphere, and skills improved imperceptibly yet steadily.

Then, the CMSC finagled permission to use the Alipore Mint airfield, in the southern part of the city, and the heat was on. At the Alipore Mint airfield (which used to be a base for a couple of squadrons of Supermarine Spitfires during the Second World War), a track was marked out and people started turning out in droves, both in stock machinery and in specials—one-off cars knocked together from assorted parts, normally existing chassis-power train set-ups with lightweight bodyworks. Along with the cars came the spectators and hangers-on. Calcutta had its own Grand Prix, the first ever in India. For the record, Robbie Robertson won the first Calcutta Grand Prix in 1953. Tutu Imam driving a strangely modified Lagonda took the prize the next year. Eddie Isaacs—who raced an SS100 and which was with Jackie Shroff as of 2019—won in 1955 and again in 1957.

It was a cavalier exercise, though. People turned up in pretty much anything that they could knock together, oddities like a Land Rover-based single-seater and a contraption with a Jaguar engine in an Avon body, challenged serious racers, which included an Allard, a Lancia, MGs, Jaguars, a Bentley, a Lagonda, even Citroëns and Studebakers. Eventually, Calcutta had a serious racer in the form of a pre-War Alfa Romeo 8C 2300 Monza.

The cars were indeed interesting, some with fascinating histories. The Alfa Monza was far from new—chassis # 2311206 had been delivered new to Renato Balestrero in Genoa, Italy, way back in June 1933. Balestrero campaigned the car in several races and hill climbs and had to his credit one outright win at the Varese Campo dei Fiori hill climb. In 1934, the car recorded three sports car class wins at hill climbs in France, Germany and Austria. The car was also raced at the Monaco Grand Prix of 1934 but it failed to finish. In 1935, it had less success, other than a class win at the Kesselberg hill climb. The car was next sold to Giacomo de Rham, a Swiss living in Italy, in December 1935. Participating in the 1936 edition of the Mille Miglia, chassis # 2311206 finished a creditable seventh overall.

The car changed hands several times. By September 1937, the Alfa was in the ownership of Emilio Romano, who participated in the 1938 Mille Miglia, where it failed to finish. The body was then modified— ‘modernized’ essentially—and the car raced at the Coppa di Natale on Christmas Day in 1938 at Asmara, the capital of Eritrea, which at that time was a part of Eastern Africa, and was under the occupation of fascist Italy. The car stayed there during the war years and was, at that point of time, owned by Mario Riccioni. The Monza was finally ‘liberated’ by British troops in 1942. A certain British Army officer, Lieutenant Marsden, picked up the car and brought it to India, when he was transferred to the subcontinent.

Marsden then sold it to a fellow officer, Jimmy Braid. It was then rumoured to have been acquired by a raja, who exchanged the Alfa for a Fiat 1100 (!) with American Howard Jackson. Though Jackson worked and lived in Jamshedpur, the car was garaged in Calcutta. Jackson was a regular on the Calcutta racing scene in an SS100 (probably the same one with Jackie Shroff). When he acquired the Alfa, though, the SS100 was disposed of to a fellow racer, in all likelihood, Eddie Isaac.

The other famous car in Calcutta was the Allard J2. Delivered new to Desmond Titterington in the United Kingdom on 1 September 1951, the Allard made its first public appearance on 19 April 1952 (after a running-in period), at the Mansbery hill climb in Northern Ireland, where it took two firsts, two seconds and fastest sports car climb of the day. Subsequently, the car participated in Phoenix Park, Dublin, and Dundrod in Northern Ireland. In two full seasons, this Allard managed fourteen podium finishes in twenty-four starts.

Even though just ninety-nine of these J2s were ever constructed, all between 1951 and 1953, the cars had done very well on the sports racing scene in the early 1950s. An outright win at Watkins Glen in the USA, a first-in-class at the 1950 Le Mans and at the Scottish Rest-and-be-Thankful race, outright wins at the Portuguese and Danish hill-climb championships, as well as being declared the fastest sports car at the Brighton Speed Trials and the fastest un-supercharged car at the Swiss Vue des Alps.

Titterington drove a Jaguar for Ecurie Ecosse several times, and then later on, a 300SLR for the Mercedes-Benz works team, which was made up of legends such as Stirling Moss, Juan Manuel Fangio, Peter Collins, John Cooper Fitch and Karl Kling at the Targa Florio, a legendary race in Sicily, Italy. Titterington eventually competed in Formula 1, too, in a Connaught in 1956 for one race.

The other Italian machinery starring in Calcutta during the 1950s was a dramatically modified Lancia—campaigned by Allan Ramsay before he switched to the Allard—which was based on the chassis of an Astura. Produced between 1931 and 1939, the Astura featured a narrow-angle V8.

Though the Astura was designed as a large, flagship product, and most Asturas which survive (including a very beautiful example in Mumbai) are mainly elegant and luxurious tourers and saloons, some were modified into racing specials.