The Khurranas buy a plush house in Chandigarh - The Daily Guardian 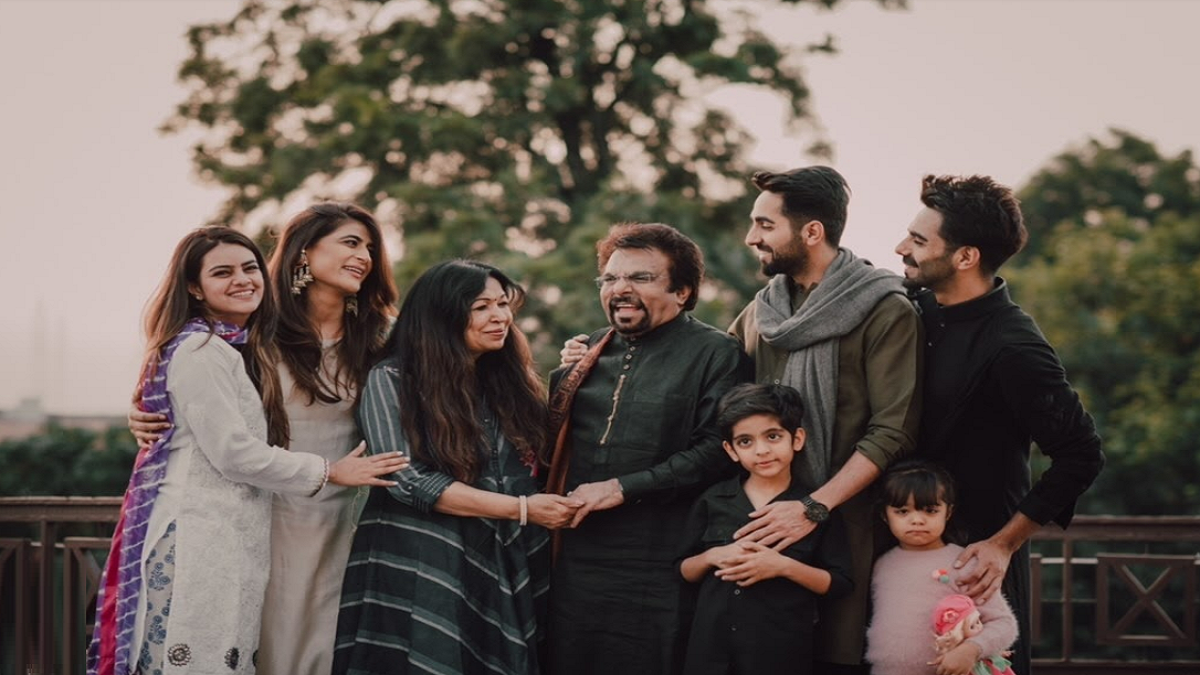 Actor Ayushmann Khurrana has got a new family home. The Khurrana family — parents P. Khurrana and Poonam, Ayushmann and his wife Tahira, and Aparshakti and his wife Akriti — has bought a family house in Panchkula, a satellite town of Chandigarh.

“The Khurrana’s have got a family home! The entire family decided to buy this new home in which the entire Khurrana family can now stay together. We are looking forward to making new and beautiful memories in our new address” says Ayushmann.

A source from Chandigarh says, “The family was looking for a spacious home where the entire Khurrana family could stay together. The two sons Ayushmann and Aparshakti are now married plus Ayushmann and Tahira have two kids now… so, it was only logical for the family to invest in getting something bigger. They have just bought this property and it will take some time before they can move into it.”

On the work front, Ayshmann is riding on back-to-back eight hits in a row and his brother is also the talk of Bollywood with his power-packed performances.

MUMBAI: Singer Shilpa Rao has joined hands with composer Amit Trivedi on a new single. The new song titled ‘Rusvaaiyaan’ has been composed by Amit and sung by Shilpa and Shahid Mallya. “There are many shades of love. We have seen in the history of music, people make songs for lovers when they unite, the anticipation, the realisation the first time you see someone. But the other side of love is also kind of sweet pain that it brings, sometimes it doesn’t work out and even if love brings you unhappiness or separation, love is still love and all shades of love have their own glory,” said Shilpa.

“With ‘Rusvaaiyaan’, we are celebrating love in the form of pain that it brings to lovers, and all we are trying to put out through the song is that we are all in this together so even if you feel isolated, we are with you. I hope the song brings hope to people and they can keep having faith in love,” she added. In the non-film space, Shilpa and Amit had earlier collaborated on an upbeat track ‘Raavan’. The duo had earlier worked together in films such as ‘Lootera’, and ‘English Vinglish’.

IT WAS GREAT WORKING WITH TAAPSEE ON ‘RASHMI ROCKET’: ABHISHEK BANERJEE 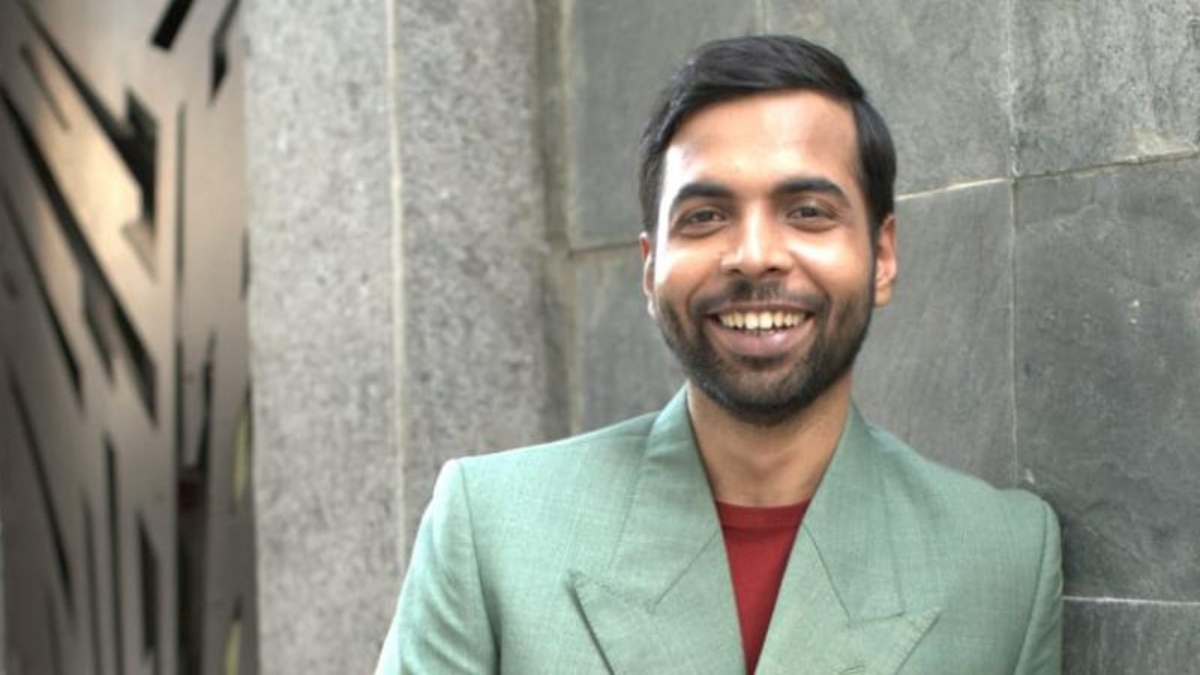 MUMBAI: Abhishek Banerjee has been considered as one of the rising stars of 2020 for outshining and stunning the audience by delivering back to back stellar performances. From stealing the show with his facial expressions as Hathoda Tyagi in ‘Paatal Lok’ to tickling the funny bones as a nurse a.k.a Munna in ‘PariWar’ to striking the right chord with his noteworthy performance as a migrant worker in ‘Unpaused’, Abhishek has consistently won the hearts of the audience. The actor, who was busy shooting for his upcoming project ‘Rashmi Rocket’, has wrapped up the shoot.

Abhishek is playing an interesting, unique and a never seen before avatar in ‘Rashmi Rocket’. With the announcement of the shoot wrap of the film, the talented actor shares his experience of shooting with Taapsee Pannu and camaraderie with director Akarsh Khurana. “Priyanshu Painyuli, Akarsh and I know each other for 15 years! For me, the entire experience of working with Akarsh was to going back to my roots as I had worked with him when I used to do theatre for a theatre festival called ‘Thespo’ in Mumbai and after that we have worked and collaborated for ‘Rashmi Rocket’. Also, the set had all the people I knew from before. I have always told Taapsee that I am her fan. I watch a lot of Tamil movies and after watching ‘Aadukalam’ which she did with Dhanush, I was her fan.”

He added, “I used to often tell her this whenever we used to interact during my casting days and unfortunately because of something or the other we couldn’t collaborate but finally I got to act with her and that was a great experience. Taapsee is a solid, determined and very hardworking actress. Priyanshu is someone whom I have known for many years. I had cast him in the beginning for ‘Rock On 2’ and he has been a friend since then. We three had a great time and so much fun together. For me, this is a very interesting and different character, so I am quite excited about it.”

On the work front, Abhishek is all set to entertain the viewers with Amar Kaushik’s ‘Bhediya’, Umesh Shukla’s ‘Aankh Micholi’ and Satram Ramani’s ‘Helmet’. 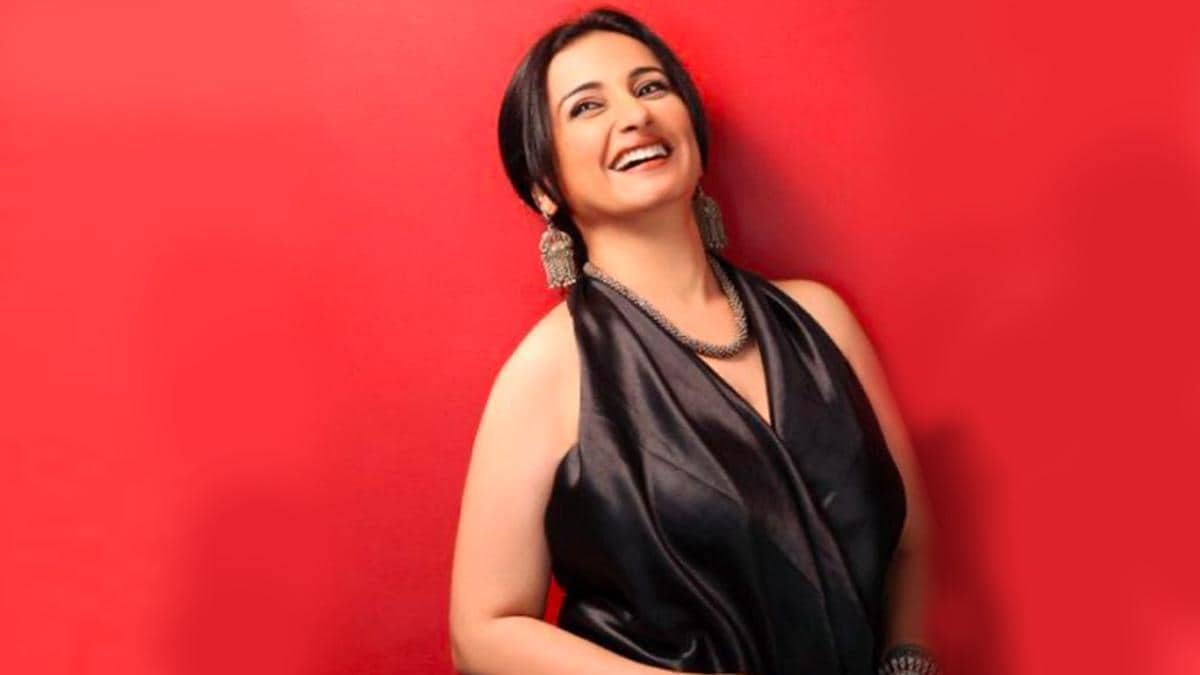 MUMBAI: Divya Dutta looks forward to working with Kangana Ranaut and Arjun Rampal in ‘Dhaakad’ and says she is sure that the spy thriller will set a trend. A poster introducing her character was released on Wednesday. The actress will be seen as an “evil master” named Rohini in the film.

“When I was narrated the part, it got me very excited. This is something that I have not done before and the character is completely different from how I am as a person. I cannot reveal much about my character but all I can say is that to get into the skin of my character Rohini took a lot of focus and preparation mentally as well,” said Divya.

“I am looking forward to working with Kangana and Arjun and I am truly exhilarated to be a part of a woman-oriented action film. I am sure that ‘Dhaakad’ will set a trend,” she added. Kangana will play the role of Agent Agni, while Arjun will be seen as the antagonist in the spy thriller. His character is named Rudraveer. The film is directed by Razneesh Razy Ghai and slated to release on 1 October 2021. 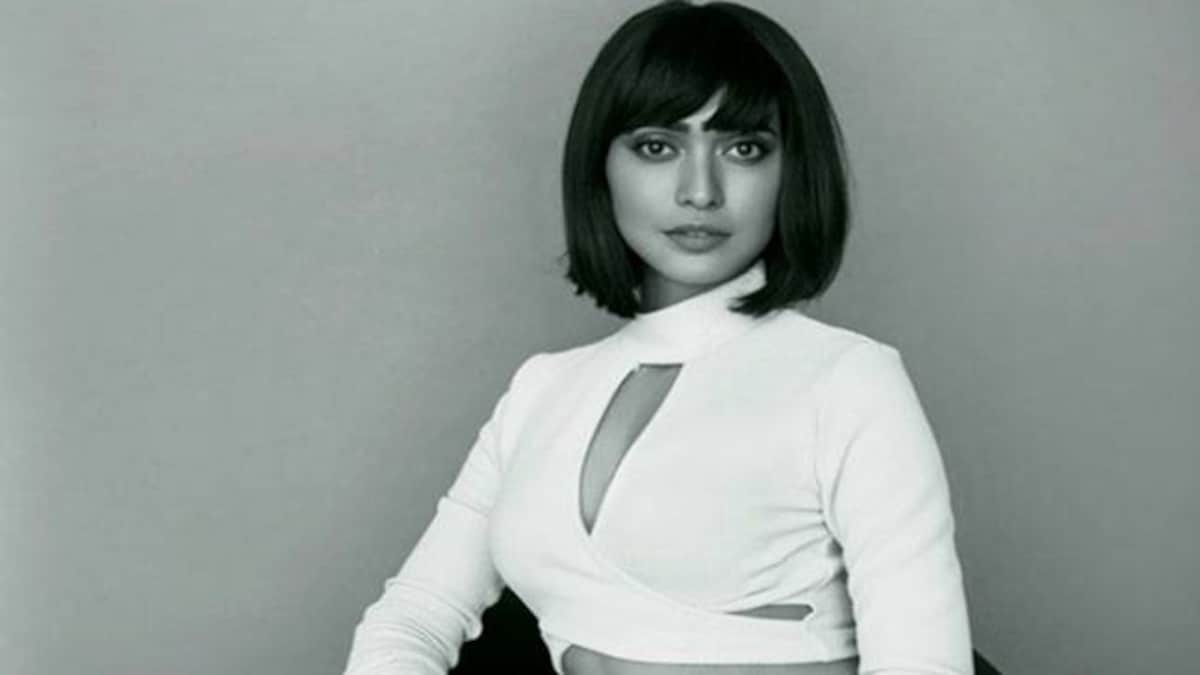 Sayani Gupta says she had fun working on the short film ‘Shameless’, co-starring Hussain Dalal and directed by Keith Gomes. The trailer of the film is out now. “The shoot was short but fabulous. Hussain and I have a long-standing friendship and have great chemistry. So it was super fun to do improvisations and play off each other. Keith is very gentle as a director and really takes care of his actors and crew. It was super fun to collaborate, and we’ve all come a long way together with this film,” said Sayani. “The trailer release has been amazing. So much buzz and an incredible amount of support for the film from our friends in the industry. It feels unreal and extremely beautiful,” she added.

‘Shameless’ is a 15-minute dark comedy thriller, which touches upon the fact that people are losing human connection and becoming rude and isolated due to social media and technology. “With all the hate and anger that is going around, the world needs kindness and my films are a reminder that being kind is actually easy. I hope ‘Shameless’ makes an impact in that respect,” said Gomes.

‘TANDAV’ MAKERS TO IMPLEMENT CHANGES IN WEB-SERIES AMID BACKLASH 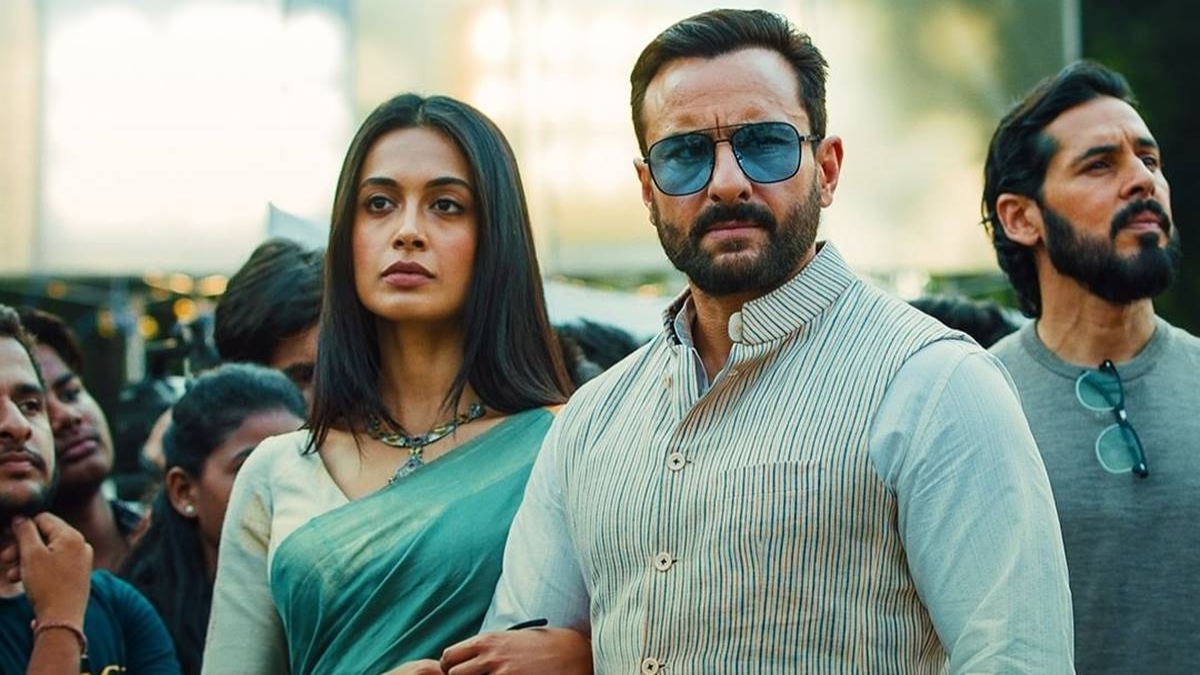 MUMBAI : ‘Tandav’ creator Ali Abbas Zafar on Tuesday revealed that the cast and crew of the show have decided to implement changes in the Amazon Prime Video-based series to address the backlash against its content that has hurt religious sentiments of many viewers. Zafar shared an official statement from the cast and crew of ‘Tandav’ on Twitter and reiterated that the team had no intentions to hurt or offend the sentiments of any caste, race, community or religion.

“We have the utmost respect for the sentiments of the people of our country. We did not intend to hurt or offend the sentiments of any individual, caste, community, race, religion or religious beliefs or insult or outrage any institution, political party or person, living or dead, ” the statement read. “The cast and crew of ‘Tandav’ have decided to implement changes to the web series to address the concerns raised towards the same,” the statement further read. The team also thanked the Ministry of Information and Broadcasting for guiding and supporting them in the matter. “We thank the Ministry of Information and Broadcasting for guidance and support in the matter. We once again apologise if the series has unintentionally hurt anybody’s sentiments,” the official statement read.

MUMBAI: Shilpa Shetty Kundra got a Covid test done before resuming shooting for the upcoming film ‘Hungama 2’ in the city. Shilpa took to her verified Instagram account on Wednesday to inform about the same. The actress also shared a Boomerang video where she features in a retro look, dressed up like veteran actress-dancer Helen in her heydays. Shilpa looks dazzling in a black full-sleeve dress made of net and completed her look with a retro hairdo. “Back on the sets.. Covid tested. ‘Hungama 2’ in retro vibes . An ode to the OG queen #helenji. #vintage #fun #dance #retro #hungama2, ” Shilpa captioned the video. Parts of the film have been shot in Mumbai and Himachal Pradesh last year. The Priyadarshan directorial comedy also stars Paresh Rawal, Mezaan Jaffery and Pranitha Subhash. ‘Hungama 2’, along with ‘Nikamma’, marks Shilpa’s return to cinema after a gap of 13 years.