Enforcing foreign awards in India is a challenging task 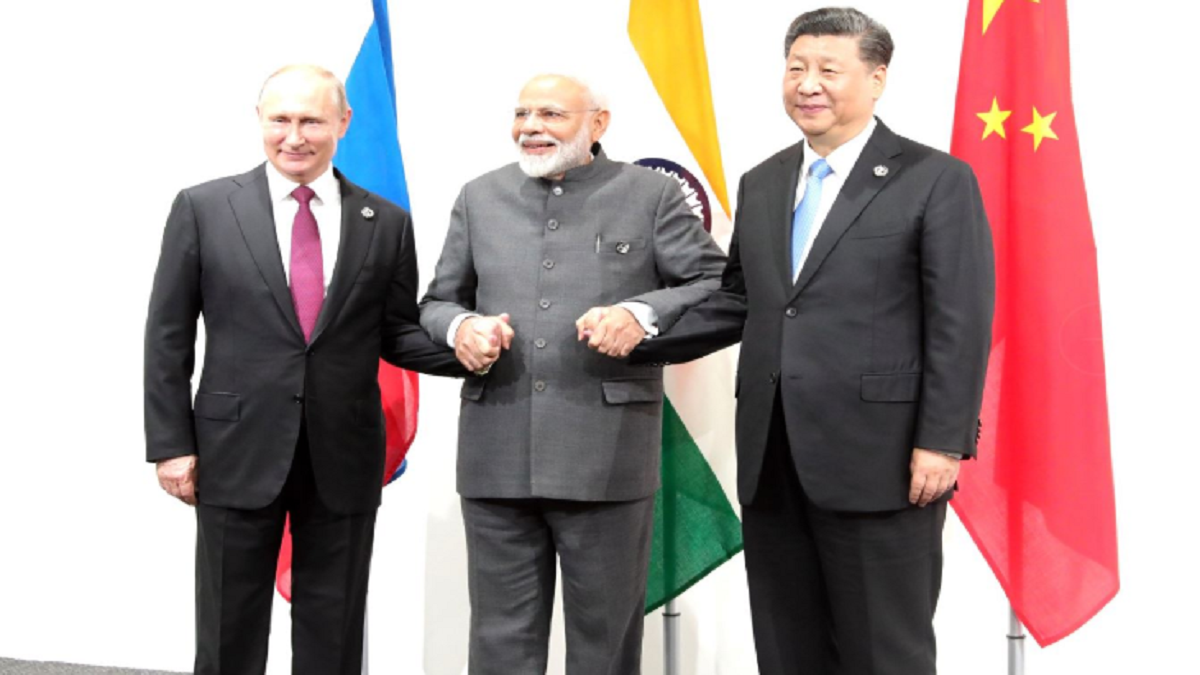 Never in a position to break out of the subcontinent, India’s strategic goal in Asia, at least since independence has been to prevent one power bloc from monopolising the landmass. Russia in its USSR avatar and China on the other hand have always had dreams of dominating the continent and over their history have frequently done so with varying degrees of success. This is the fundamental reality India has always had to work with – the reality of it being a status quo power, having to balance off against 2 giants.

For much of the last two centuries, Russia was on the ascendant, becoming the senior partner during the communist phase. Now China is undeniably the senior partner, but allows Russia to take the lead on international affairs. This serves two purposes – it bolsters Russia’s sagging morale and relieves its sense of humiliation postcold war, and it allows China to forward its agenda quietly while letting Russia take the flak for “revisionism” and “obstructionism”. Clearly, this is a win-win arrangement for the two countries.

For India it is critical to break this bonhomie. In 1962 the India-China war succeeded in exacerbating the Sino Soviet split, however the larger narrative was badly mismanaged. At the time, there was a power struggle between Khrushchev and Mao for leadership of the communist international. The main reason was that though the USSR was far ahead economically and industrially, Mao thought he was Stalin’s successor on grounds of seniority. Khrushchev was not going to cede leadership of the bloc to what was essentially a dirt poor, famine ravaged, agrarian, third world country. At that time India and the US had the exact same strategic goal – to break up the SinoSoviet nexus. Sadly India’s diplomatic mismanagement of the United States: an inability to play up the commonality, while pleading a case to get close to the USSR to wean it away from china, failed spectacularly. Much of this had to with Nehru’s own dangerous conflation of personal likes and dislike with national policy as well as his encouragement of indisciplined, disobedient and unhelpful demagogues like Krishna Menon.

2020 though very different presents us with a different dilemma. Russia though the junior partner still has a significant lead in military technology. As can be seen China still buys defence equipment from Russia and does not get the privileged access to Russian technology that India does. For example, while Russian military aircraft engines are far behind their western counterparts, they are still vastly superior to Chinese engines. This is why Pakistan insisted on Russian engines for their JF-17 thunders and junked Chinese electronics for Italian on these aircraft. Politically though, in the Eurocentric perception of the west, it is Russia that is more revisionist than China. Unlike the cold war though, there is no agreement on playing divide and rule and breaking up the China-Russia nexus. Indeed, even in Russia relations with the west have deteriorated so badly, that Russia understands it is in a dangerous monopsonistic relationship with China, and now wants India to also enter Chinese orbit. The stated reason is “individually Russia or India cannot take on China, but together being in a trilateral bloc, we can weaken china from within” as a very senior Russian official told me some time back. This is exactly what the United States does now want – they’re consigned to China and Russia ganging up, but do not want India joining this as a junior partner.

This is our diplomatic challenge: on the one hand how do we convince the Americans that even a Russia –China axis is bad enough and must be broken, that Russia being the junior partner is the easier one to break off. On the other how do we balance off against China without alienating Russia and aligning with the US. Clearly this calls for extremely disciplined and fleet footed diplomacy – something we neither have the institutional capacity nor brains for.

For the last 45 years, since the death of Mao Tse Tung, it was believed that the India China border was fundamentally manageable, given that since 1975 there have bene no fatalities. Part of this was a deliberate attempt by Deng Xiao Peng to change China’s image as a bellicose trouble maker in the region, focussing instead to develop China. What happened on the night of the 15th of June started off as an event that went horribly wrong, despite the protocols evolved since 2005, but then rapidly turned into India rapidly escalating the situation – willing to kill and be killed – in order to create deterrence. This is crucial, because it shows the Chinese, that India is simply not willing to take things lying down anymore, and that the PRC is no longer in a position to “gently calibrate” bilateral tensions to satiate its territorial goals. From now on there are going to be fatalities and China will have to be prepared for this.

Of course for the Chinese leadership, its soldiers are dispensable commodities, whose deaths can be hidden and at any rate, even if not, china has an enormous propensity to absorb pain. This is after all the same Chinese Communist Party that killed 7 times the number of Chinese citizens than the Imperial Japanese Army did during its worst excesses. Given that we must understand that this change in status quo will not be acceptable to china. In fact they will seek to counter this somehow and through lethal means. While it is hard to predict, it is safe to say, that we are now in the most dangerous period of India-China relations in the last 45 years.

The danger is compounded by the fact, that in order to reinforce our message of deterrence to the Chinese, we cannot align immediately with the United States to add weight to our threats. Mainly because this would alienate Russia and turn a dangerous situation even more dangerous. Also we simply cannot bring Russia to the US as well on a “2 for 1” ticket. So what is the way forward?

For starters since Modi got taken for a ride at Wuhan (more to do with Bhutanese ambiguity and the kings authorisation of Bhutan’s national English daily taking a stridently anti Modi line since), he seems to have lost faith in Xi Jin Ping. Nothing else explains the frenzied pace at which India is now building infrastructure to counter China in the border areas. This marks an important shift in mind-set from a ground centric approach of military responses, to an air centric one. For ground war planners, Indian border infrastructure is essentially building and invasion highway to facilitate a Chinese takeover of the IndoGangetic plains. But for air planners, such highways and infrastructure are a dream come true. They provide narrow inflexible corridors in which Chinese ground forces can be corralled and hunted down in a turkey shoot. This is where India’s opportunity lies.

It is now critical that India enact its communications interoperability and logistics agreement with the United States post haste. These would make both Indian and US forces operate synergistically in the medium run, and become totally interoperable in the long run. By not making the public drama of this as we normally do, and keeping such measures covert, we retain the ability to threaten China without alienating Russia. The question as always remains, do our strategic planners have this vision and discipline to enforce this? Do our diplomats have the ability to play the extremely nuanced diplomatic tightrope to execute this? Do we have the political and bureaucratic ability to transmit this course of action to succeeding governments, even if the ruling party changes? As a professional pessimist, I would say no and we are entering a phase of grave danger added to irrelevance given our abysmal economic performance. On the other hand, it may be, that India’s security establishment will surprise us pleasantly.

Irrespective, the Galwan clashes have given us an opportunity to reorient our policy. We could rise to the occasion, or we could adapt Abba Ebban’s (Israel’s foreign minister through the 1970s) Palestinian crib “the Indian’s never lose and opportunity to lose an opportunity”.

Abhijit Iyer-Mitra is a senior fellow at the Institute of Peace and Conflict Studies.