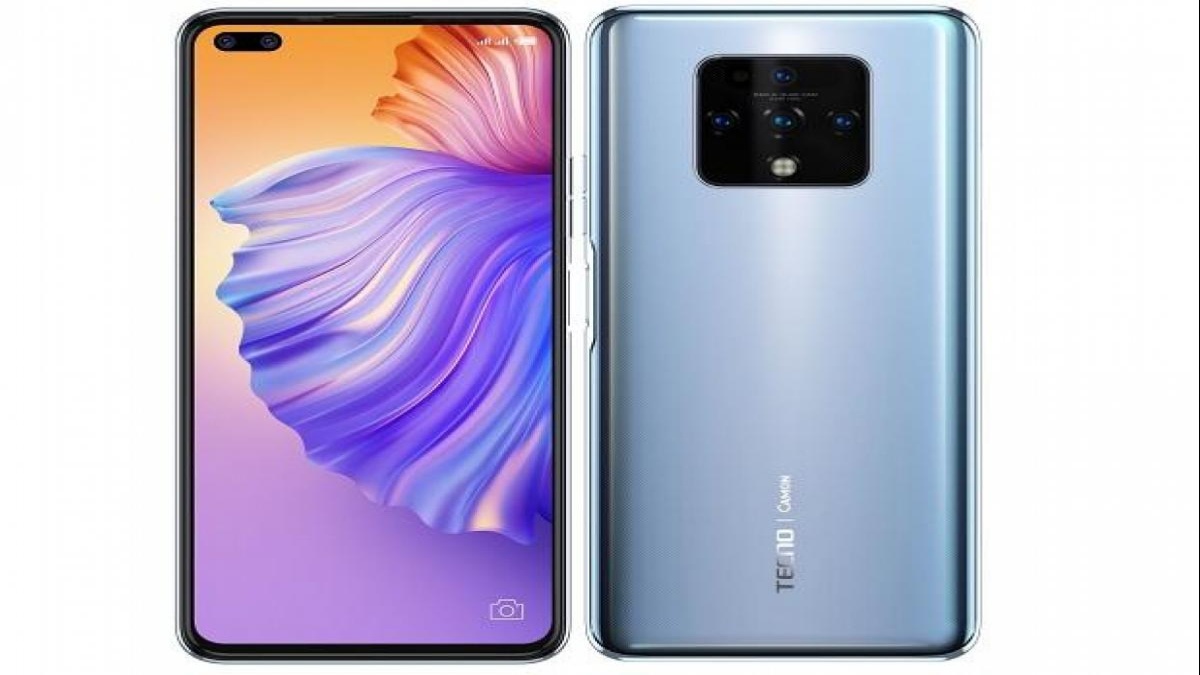 New Delhi: TECNO, the global premium smartphone brand of Transsion Holdings that saw a robust growth in the year 2020, started 2021 with a bang. Straight out of its popular camera-centric CAMON smartphone series now comes TECNO CAMON 16 Premier, a smartphone that is touted to be a game-changer in its category with unprecedented premium camera capabilities. Priced at Rs 16,999, TECNO CAMON 16 Premier with 8GB of RAM and 128GB of internal storage, is available in Glacier Silver colour. CAMON 16 Premier is set to transform the smartphone videography experience of its category consumers. TECNO CAMON 16 Premier flaunts many segment-first smartphone camera innovations such as the first and the only smartphone featuring both 64MP Quad camera and 48MP+ 8MP Dual front selfie cameras setting off a hot trend in the industry. 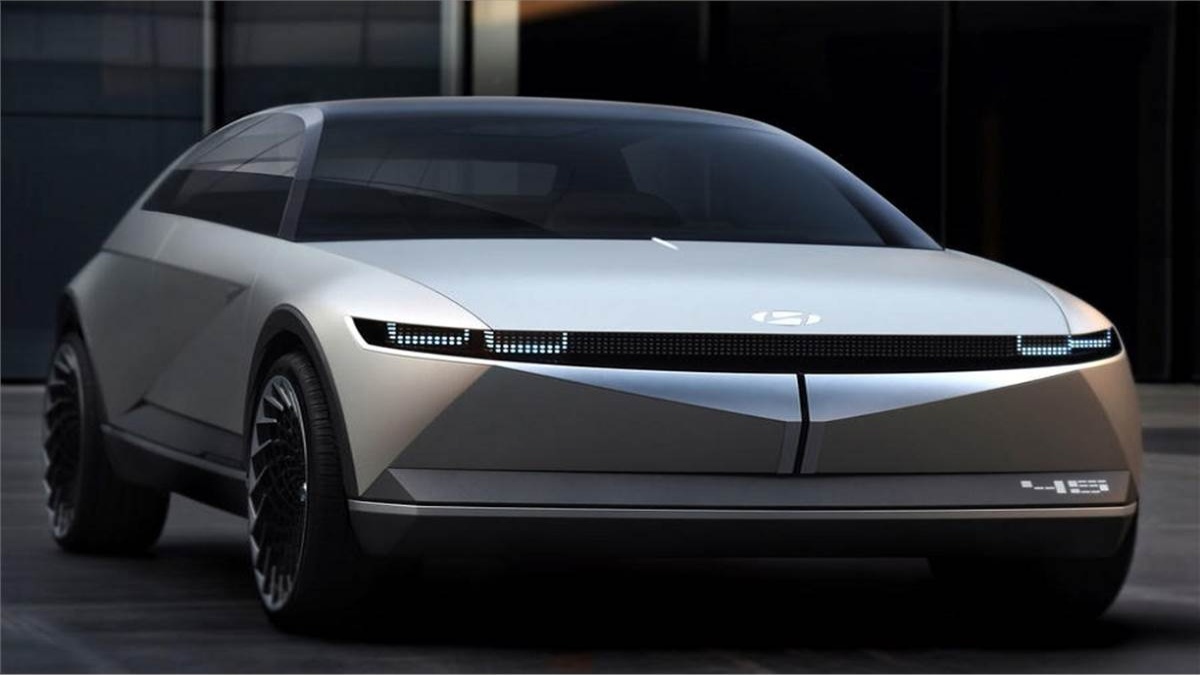 Seoul: Hyundai Motor on Wednesday released a teaser for the IONIQ 5, the first all-electric model in its IONIQ dedicated BEV lineup brand that would debut in a virtual world premiere event in February. IONIQ 5 will be the first vehicle mated with Hyundai Motor Group’s Electric-Global Modular Platform (E-GMP), an innovative system made exclusively for next-generation battery electric vehicles. The IONIQ 5 midsize crossover vehicle comes with a battery that enables driving over 500 kms on a single charge and ultra-fast charging to 80 per cent capacity within 18 minutes. Hyundai Motor has also released four teaser videos to spark curiosity about the new model, each presenting viewers with a sneak peek at IONIQ 5’s core technologies, raising expectations for the company’s dedicated BEV lineup brand and its first entry. 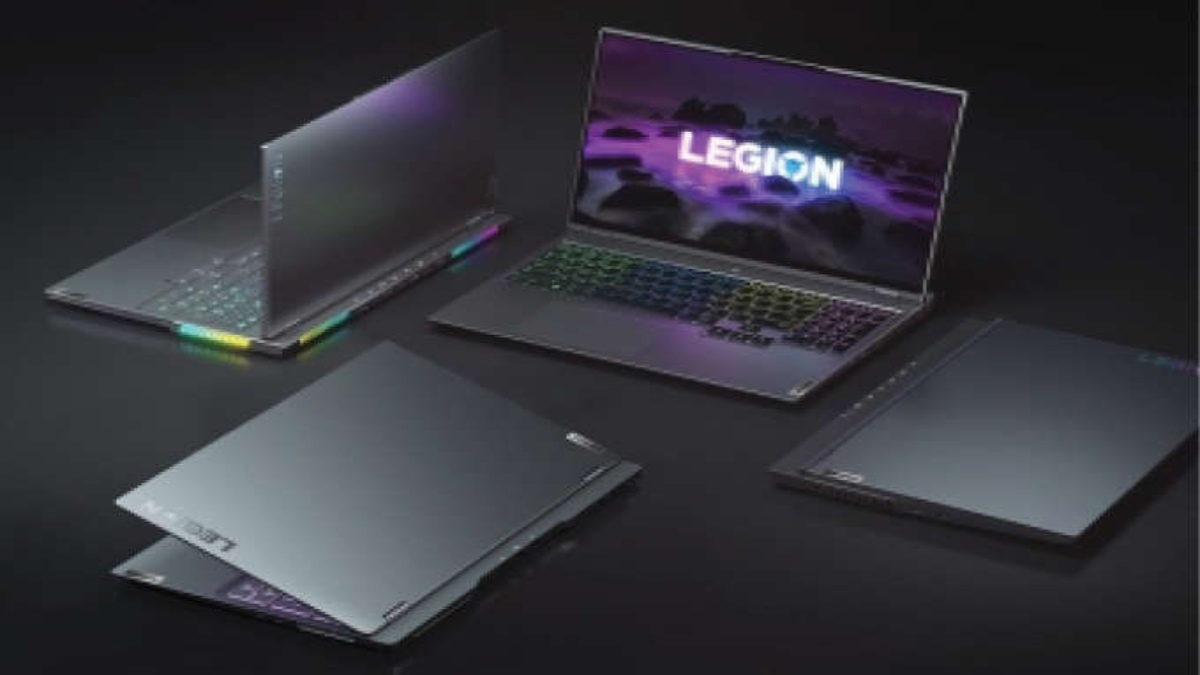 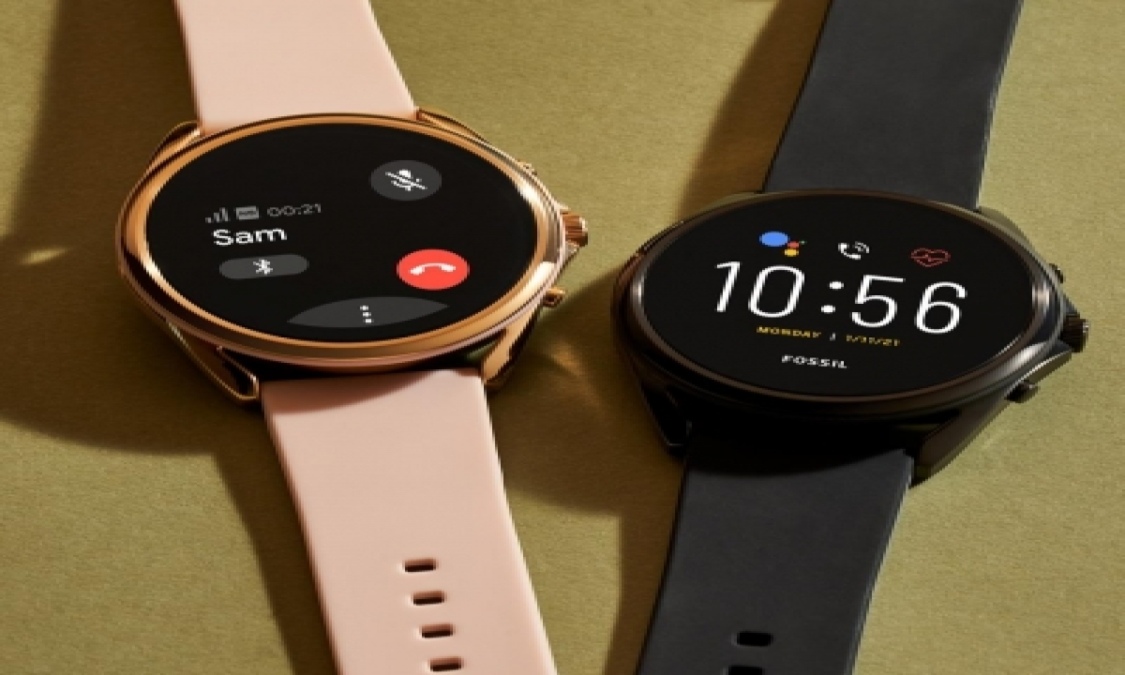 LOOKING FOR A PREMIUM, CONVENIENT PHONE? IPHONE 12 MINI CAN BE YOUR PICK 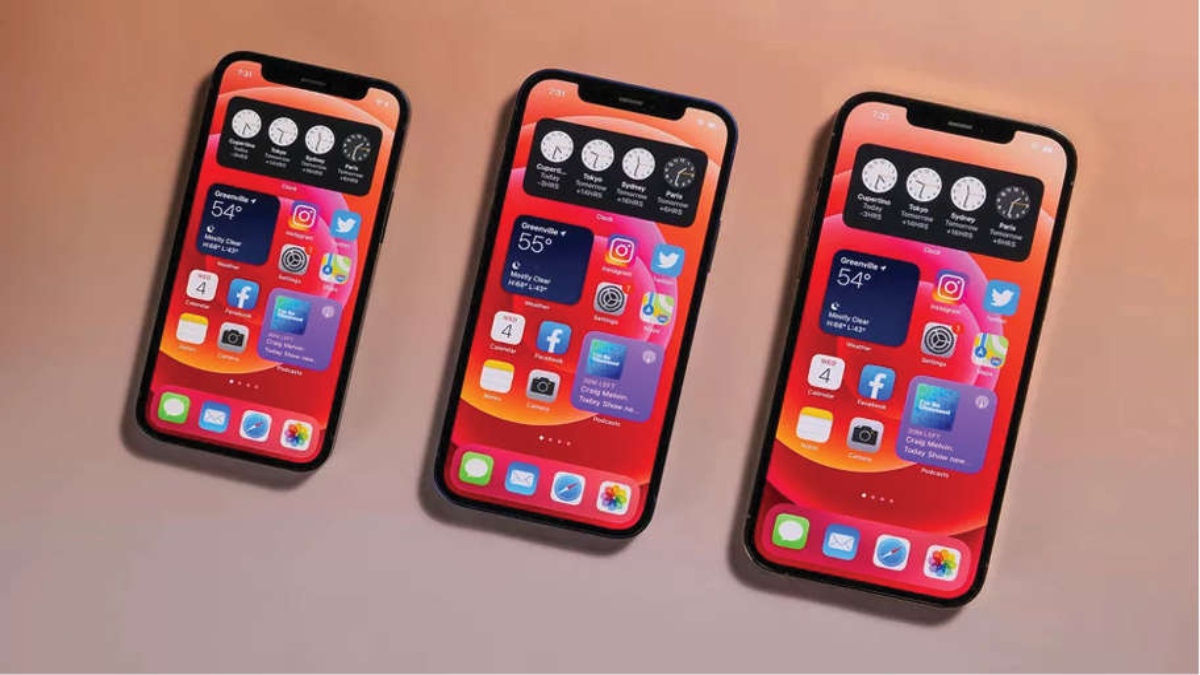 Apple 12 series options seem not to end. When they introduced the biggest iPhone ever with the 12 Pro Max, they also introduced the smallest option iPhone 12 Mini. In times like ours when no one wants to introduce a device with a smaller screen than 6-inch, here you get a smartphone at 5.4 inch. Well, how smart a call is that, let’s find out.

Apple seems to be competing with its own options. Or maybe they are just keeping an option for everyone who demands an iPhone. iPhone 12 Mini is the most affordable iPhone in the 12 series. It is not a lower version in any form. Neither does it miss out on performance nor on features in comparison to the iPhone 12.

Despite being smaller at 5.4 inches, with a lower resolution of 1080×2340, the screen is still an OLED panel with support for haptic touch feedback, HDR, the wide DCI-P3 colour gamut, and a 1200nit maximum brightness. The device’s frame is made of aerospace-grade aluminium along with Apple’s new Ceramic Shield material on the front and reinforced glass on the rear. With an IP68 rating, the screen is vivid and bright. Colour contraction is spot on and the device feels very premium in its display department.

You get 12-megapixel wide and ultra-wide cameras on the back, and 12-megapixel selfie camera. Even the Mini, just like its older sibling, has a phenomenal camera. Even though you do not have too many options with the Apple devices, you get enough to get great results. Mini is no different. You get enough collaboration to get desired results in bright day light. They get good enough ultra-wide images and the front camera gives you results as good as the iPhone 12.

The real winner in the camera department is the night mode. The night photography is so clear and crisp that it won my heart. You need to hold the camera from 1-3 seconds and the results are crisp and the colours are bright. If there is something for which you want this device, it would be night & low light photography.

For recording video, you can use Dolby Vision HDR. Slow-mo comes with some fun editing options. Your video capture goes up to 240fps at 1080p and is just as crisp as regular video. You can select the area you want to be slow-mo and can work on other multiple editing options.

The device comes with Apple’s 5nm A14 Bionic SoC. The best chipset Apple has ever had as they claim. The Mini does not miss out in this department as well. The only issue that you will face with this device is that of heating up. The device tends to heat up while playing games and even when used without a break for way too long. It is certainly not a device which would be a gamer’s choice due to the screen size. Nonetheless you will not find a lag while playing by heating up will remain a concern.

iPhone 12 Mini has a 2,227mAh battery. The device runs well on a single charge for a full day, but you would need to charge the device completely at night as it supports 12W on the MagSafe charger and not 15W like its older sibling.

For a long time, people have been asking for a smaller Apple device. SE did make its mark in the market but the Mini is altogether different. It does not miss out at all in any department from its elder sibling. Be that built quality, display, camera, or performance. The iPhone 12 Mini has got the best in all departments. It might not have the best-in-class battery life but in all other departments it is the clear winner. For anyone who wants an everyday, single-hand device which is convenient and premium, then the Mini is your pick. If you are someone who views too much content on your smartphone or is a gamer, then maybe the device will leave you wanting for more. It’s starting price is Rs 67,900.

THE FIVE MOST ANTICIPATED CAR LAUNCHES IN 2021 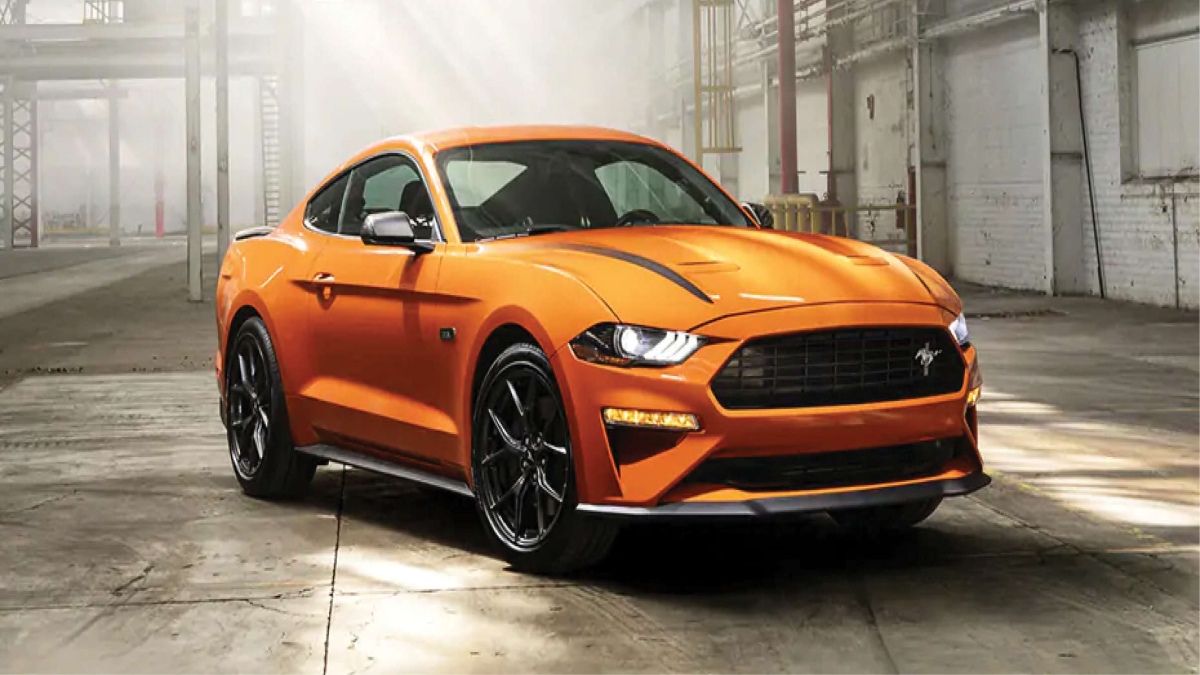 Here are the five vehicles that auto enthusiasts must look forward to in this year.

The automobile sector is working hard to make up for the losses it saw in 2020, and sales in the last few months have been encouraging, even though the road to recovery is a long one. Keeping its best foot forward, the sector is all set to launch some of the best cars this year. Here are the top five cars that auto enthusiasts must look forward to in 2021.

Rolls-Royce is ushering the second-generation Ghost, eleven years after the original made its debut. Although the design is an evolved variation of the older model, the only things carried over from the previous Ghost are the Spirit of Ecstasy bonnet ornament and the umbrellas in the doors. The 6.75-litre, twin-turbo V12, 571hp engine replaces the original’s old-generation 6.6-litre V12 in another major change. Additionally, the standard-wheelbase Ghost will be accompanied by the long-wheelbase Extended version, which will be 170mm longer with more room for rear passengers.

The S-Class has created a niche for itself as a king among luxury cars. And it is set to go through a makeover with the all-new next-generation model which is taller, wider and longer than its 2014 edition. Besides its rear-axle steering, the new S-Class also offers more legroom and frontal airbags to passengers in the rear seats. Its second-generation MBUX infotainment system is also making heads turn, as is the 12.8-inch tablet-style touchscreen, 12.3-inch 3D digital instrument display and three rear screens on the dashboard.

The new model, which will be available in petrol and diesel options, is due for launch in the second half of 2021 and is estimated to cost between Rs 1.5 crore and Rs 3 crore. Mercedes is also expected to bring in the plug-in hybrid edition and the extravagant Maybach S-Class later this year.

Succeeding the 2016 version, the new version Ford Mustang will have a new chin with airflow-shaping vanes, new LED lights, and sculpted bonnets. The car—considered among the most successful sports vehicles—will also boast of a powerful 450hp 5 litre V8 engine and a 10-speed gearbox.

The new Mustang is expected to launch in February 2021 and cost around Rs 75 lakh.

The first all-electric SUV by the Swedish car manufacturer will be launched in India in April after the launch of S60. The car, which saw its global launch last year, will have a 78kWh battery powering two electric motors and will jointly produce 402hp and 660Nm torque and a range of 418 km.

The electric SUV, joining the same league as the Tesla Model Y, is expected to be priced at Rs 50 lakh to Rs 55 lakh.

Competing with the likes of Jaguar XE and the Mercedes-Benz C-Class, the BMW 3 Series Gran Limousine will see its launch in India around January 21. India will be the first to get the right-hand drive version of the car.

The BMW 3 Series Gran Limousine will be a long-wheelbase variant of the sedan, with an additional 110 mm as compared to the standard version. The engine is expected to be a 258bhp, 2 litre turbo petrol or 190bhp 2 litre turbo diesel like the standard one.

The car is likely to be priced between Rs 42 lakh and Rs 50 lakh. 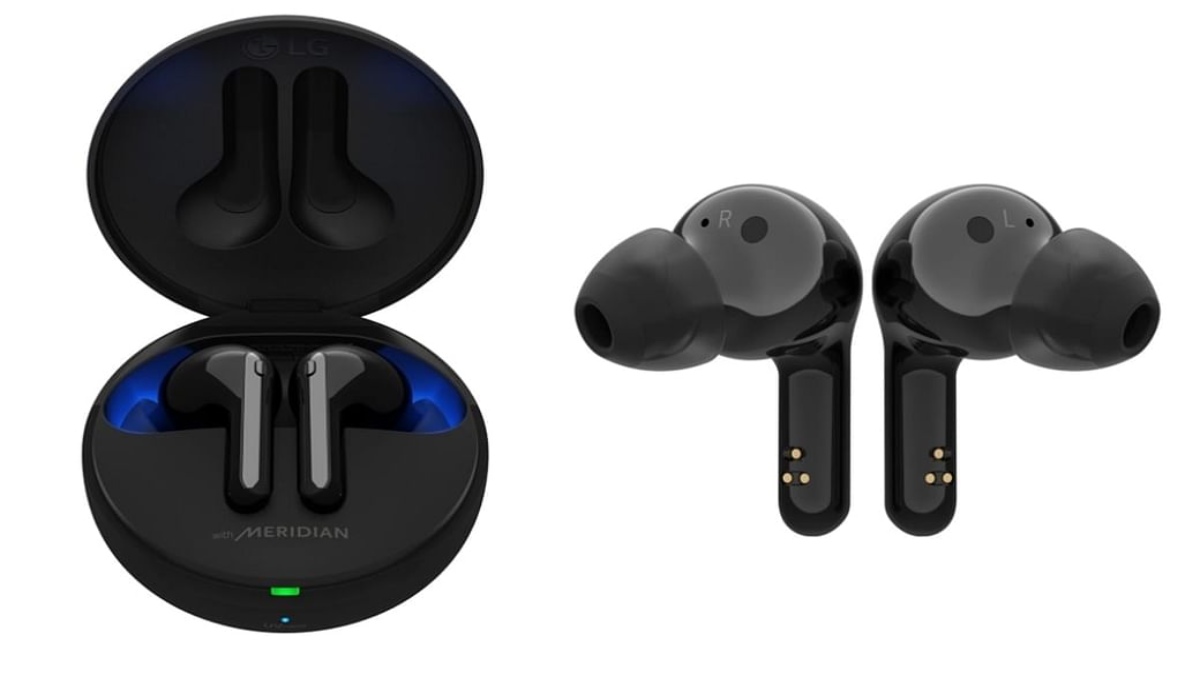 New Delhi: LG Electronics on Monday expanded its ‘Tonefree’ truly wireless earbuds lineup with the launch of its most advanced TWS the HBS-FN7 and HBS-FN6 at a starting price of Rs 24,990.

The earbuds come with a UV nano charging cradle with ultraviolet light that sanitizes the earbuds, eliminating 99.9 per cent bacteria while charging.

“The HBS-FN7 and HBS-FN6 from the latest LG Tonefree range feature technology from Meridian Audio, the renowned British audio technology company and LG’s trusted partner in delivering superior sound. Powered by Digital Signal Processing, a technology that Meridian has been perfecting for over 25 years, the LG Tonefree FN7 not only recreates a realistic soundstage that simulates the experience of listening to real loudspeakers but also delivers vocals with pristine clarity, completely immersing the listener,” the company said in a statement.

Accessible through the LG Tonefree app available for both Android and iOS devices. The case comes with LED lighting on the top, making it easy to monitor the charging levels and UVnano status.