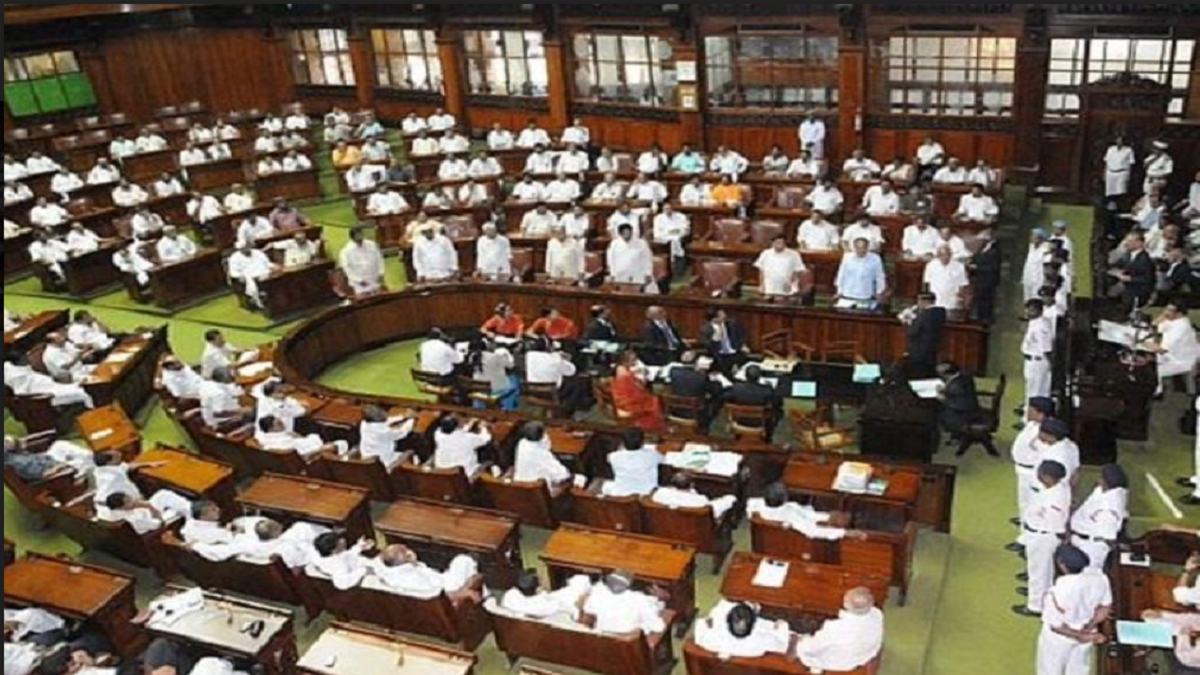 It would not be an exaggeration to say that section 149 (common object) of the IPC and section 34 (common intention) are one of the most used sections in the modern day criminal prosecutions. Section 149 IPC provides for vicarious liability of members of an unlawful assembly for the crime committed by any member of the assembly in furtherance of the common object and makes them liable for the same punishment. The section appears under the heading “offences against public tranquility” in the IPC and reads as under:

The present article aims to look at the object behind the enactment of the section and the manner in which it is being (ab)used now-a-days.

The present day Indian Penal Code derives its genesis from the Draft Penal Code for India commonly called the Macaulay Code. Those were the times during the middle of the 19th century when Indian opposition to the British rule was taking its baby steps. As the opposition became stronger, the British rulers felt an emergent need for devising a deterrent penalty which could contain the opposition at the nascent stage. In an attempt to do so, clause 133 was introduced in the draft penal code. Clause 133 defined a riotous assembly and the punishment for the offences committed by such assemblies. The punishment however was limited to 5 years or fine or both. Though the concept of vicarious liability was introduced, unlike the modern day section 149, the sentence was restricted.

With the passage of time, as the freedom movement gained momentum, the erstwhile British government needed sterner punishments and deterrents to suppress the struggles with “iron hand”. The year 1857 witnessed the first organized attempt at independence – the Mutiny of 1857. The startled British governance brought in section 149 exactly in the fashion as it stands in the statute book today. Mr. Barnes Peacock, in Legislative Council on 24th Jan 1857 while introducing Criminal Procedures Bills, aptly observed:

“Throughout this whole chapter of offences against the Public Tranquility, matters are carried with a high and determined hand. And it is necessary that they should be so, for the number of unlawful assemblies, “riots” and “affrays” that are occurring constantly throughout the country, is very great.*** But for all that, it is impossible for any Government to recognize the right of looking after their own interests, after their own fashion, which is daily asserted by individuals. Public policy demands that such breaches of the peace should be put down, at whatever price, and it is right that they should be severely dealt with. If they are so dealt with, however, the duty of the Government to make proper arrangements for keeping the peace becomes more imperative than ever; and that such arrangements have yet been effectually made, no one will venture to assert.”

Thus the section was enacted as a tool to suppress the freedom movement with an “iron hand” and has continued in the statue book since then.

Times changed, India gained independence. The subjugated populace of the country became empowered with the “fundamental rights” promised to them in the Constitution. Like the holy trinity of Hindu Mythology, the trinity of Article 14, 19 and 21 of the Constitution strived to protect the citizens of this country from exploitation and excesses of the governing class and established the “rule of law” where it was promised that:

“…the law must be right, just and fair, and not arbitrary, fanciful or oppressive. Otherwise it would be no procedure at all and the requirement of Article 21 would not be satisfied”.

The British made laws now were vulnerable to tests of reasonableness, nexus and equality with the perspective of the rights of the populace and not “benefit of the government”.Many sections of the IPC underwent the scrutiny.

In Mithu v. State of Punjab the Hon’ble Apex Court has struck down section 303 IPC on the ground of unreasonableness. Similarly, in Navtej Singh Johar & Ors vs Union of India , the latest in the series, in which section 377 was also struck down by the Constitution Bench of the Apex Court. Section 149 despite its widespread use unfortunately has escaped this scrutiny. The scrutiny of section 149 on the touchstone of fundamental rights has become the need of the hour because of the alarming misuse of the section by the prosecuting agencies.

In complete disregard of Article 21 and the promise of individual liberty, the police and prosecution are now using section 149 as a presumption of guilt of all persons who happen to be present at the spot, including those who become part of assembly oblivious to its unholy intentions or as curious onlookers. In rural India, people usually carry agricultural equipment like farsa/axe/lathis with them. In any heated exchange it is not unlikely that the other residents of village are vocal about their “views” on the issue between the warring parties. In such an assembly when an offence takes place due to miscreance of one of the erring members the brunt is borne by all members of the assembly including all the onlookers who happened to carry a farsa/lathi with them and were curious enough to stop and look at what is happening. And if any of them has uttered a sentence then he is doomed for life imprisonment if ultimately an offence of murder is committed by one of the person. Over implication and subsequent arrest is rampant because of rival/ jealous/ motivated/interested parties are eager to volunteer as eye-witnesses thereby improving the “conviction rate” for the prosecution.

In my career as a criminal lawyer I have seen multitudes of rural folk languish in jails for conviction under section 149 for seemingly trivial roles in murders/ offences committed in the spur of the moment by unruly members of the group. The result is all members including those who had no intention or knowledge of the offence being committed are sentenced to harsh sentences sometimes as harsh as life imprisonment. The section therefore becomes too wide is its sweep and implicates:

1- Persons who may be villagers or just bystanders only on account of their presence and treated as part of a group even if they have not committed any overt act.

2- Persons present in assembly in which some persons were armed with deadly weapons without any knowledge that the person has any intention to cause any offence.

3- The object of the assembly may have been only to cause injury but the person, who was armed, exceeds the objective. A person who is part of an assembly on account of use of arms by another exceeding the object of assembly has no chance or time to retreat or dissociate from assembly.

The aforesaid eventualities are separately punishable for minor offences mentioned in Section 142, 143, 144, 146, 147 and 148 IPC and therefore punishing all members of the unlawful assembly with a higher and a harsher punishment read with section 149 would not be justified. Such punishment therefore makes the section onerous, harsh and arbitrary.

The prosecution often relies upon the judgment of four judge bench of the Hon’ble Supreme Court in Masalti v State of U.P . to support the conviction of all members of the assembly for the offence and sentencing for the gravest offence. In my opinion, the view taken by the Apex Court in Masalti’s case was also influenced by serious and gruesome nature of incident. The Hon’ble Apex court did not consider the scheme of the chapter “the offence against Public Tranquility” or section 38 IPC.

For attracting second part of section 149 IPC, vicarious liability, it must be shown that the members of the assembly knew that the offence committed is likely to be committed in prosecution of the common objective. For applying second part of section 149, knowledge of the accused must be cogently established. That knowledge cannot be merely presumed on account of the presence of others who may be armed with deadly weapons as has been done in Masalti’s case .

The decision also does not consider the effect of Section 38 IPC which mandates that where several persons are engaged in commission of an offence, they may be guilty of different offences by means of that act. The section reads as under:

Thus “presence” of a person with the unlawful assembly would attract section 146 and 147, whereas presence of a person with a deadly weapon would attract section 148. In my view to apply the first part of section 149, something more than mere presence or presence with a weapon would be necessary. Thus it must be shown that the person was not only present but had also participated in commission of that offence. Therefore any person who is part of unlawful assembly and guilty of rioting with a deadly weapon cannot be convicted under section 149 unless there is a further overt act on his part so as to make him party to that offence (i.e. under section 302 IPC or other sections). Any other interpretation of section 149 would make the provision in conflict with section 146 or section 148.

The observations of the Apex court in Baladin v. State of U.P. are relevant:

“20. It is manifest that the first three grounds do not make out a case for special leave but we think that the fourth ground does. It is well settled that mere presence in an assembly does not make such a person a member of an unlawful assembly unless it is shown that he had done something or omitted to do something which would make him a member of an unlawful assembly, or unless the case falls under Section 142 Indian Penal Code.”

Thus, section 149 in the manner it is being interpreted and used today has become flawed, arbitrary, onerous and unreasonable. An appropriate amendment in the section either by the Parliament or a suitable interpretation by the Courts is necessary to prevent the misuse of the section.

Liability of a non-executive director: Neither behind the wheel nor the veil