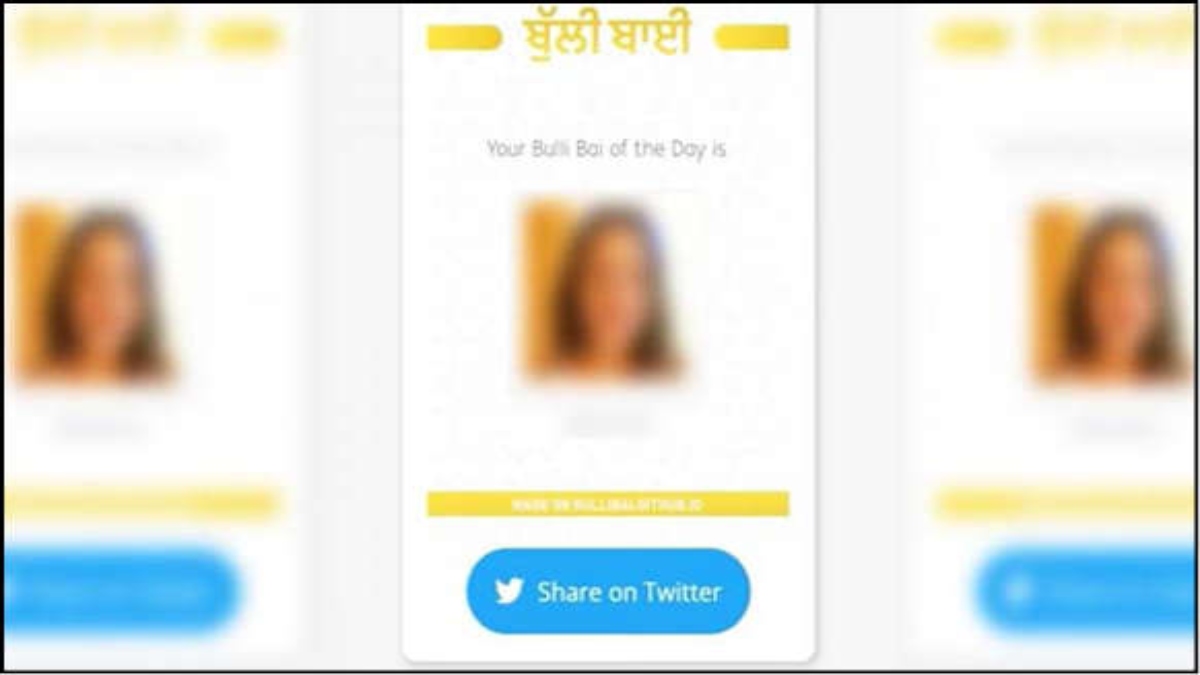 A 21-year-old civil engineering student, Vishal Kumar, who was arrested on Tuesday in the ‘Bulli Bai’ app case, was sent to police custody till 10 January 2022, by a Bandra court. The police informed, “The accused, Vishal Kumar have been sent to the police custody till 10 January. A case was registered based on a complaint received on Jan 1, the probe is underway. We’ve contacted the app hosting platform and are awaiting their reply. Further action is to be taken based on their reply.”

Earlier, Mumbai Police on Tuesday arrested Vishal Kumar after questioning him for hours in connection with the ‘Bulli Bai’ app case, police said. Civil engineering student Kumar was earlier detained by Mumbai Police in Bengaluru and was brought to Mumbai for questioning. “Deputy Commissioner of Police of Mumbai Police Cyber Cell himself questioned the accused which went on for almost 10 hours,” said a police official.

Mumbai Police on Monday filed a first information report (FIR) against unknown persons based on complaints that doctored photographs of women were uploaded for auction on the ‘Bulli Bai’ application hosted on the GitHub platform.

On Sunday, West Mumbai Cyber Police station registered a case against the ‘Bulli Bai’ app developers and Twitter handles that promoted the app. The case was registered against the unknown culprits under sections 153(A) (Promoting enmity between different groups on grounds of religion etc), 153(B) (Imputations, assertions prejudicial to national integration), 295(A) (Deliberate and malicious acts, intended to outrage religious feelings), 354D (stalking), 509 (word, gesture or act intended to insult the modesty of a woman), 500 (criminal defamation) of the Indian Penal Code and Section 67 (publishing or transmitting obscene material in electronic form) of Information Technology Act.

Meanwhile, Mumbai police on Tuesday detained a woman in Uttarakhand believed to be the mastermind behind the ‘Bulli Bai’ app, informed police. “A woman has been detained by the cyber cell of Mumbai Police in Uttarakhand. Seems like is the main mastermind behind the app. She will be presented before a court in Uttarakhand for transit remand. After obtaining the transit remand, she will be brought to Mumbai,” said a police official. “The detained woman and the arrested man became friends via social media site Instagram. The racket behind the app includes many more people,” said the official. “Vishal changed his name on 31 December. He took up a name related to the Sikh community,” the official added.

A report from New Delhi said that the National Commission for Women (NCW) has written to Delhi Police Commissioner regarding the Bulli Bai app case to immediately register FIR in the matter. NCW in the letter dated 2 January said that after the Sulli deal outrage is another incident reported of the same portal GitHub which is “condemnable in the strongest possible words”. “The Commission is extremely anguished and distressed with the above-mentioned crime against a woman on cyber space. You are, therefore, required considering the gravity of the matter to immediately register FIR in the matter,” reads NCW’s letter to Delhi Police Commissioner Rakesh Asthana.

“The process must be expedited so that the alleged crime is not again repeated by the same portal ‘GitHub’. It is disappointing that even after the lapse of so many months since the “Sulli Deals” outrage, there has been no concrete action taken in the matter which is utterly unfortunate and concerning. The action taken in the matter in both the cases must be apprised to the Commission at the earliest.”