STRONG CASE MADE AGAINST TEESTA SETALVAD FOR SERIOUS OFFENCES: GUJARAT GOVT TO SC - The Daily Guardian 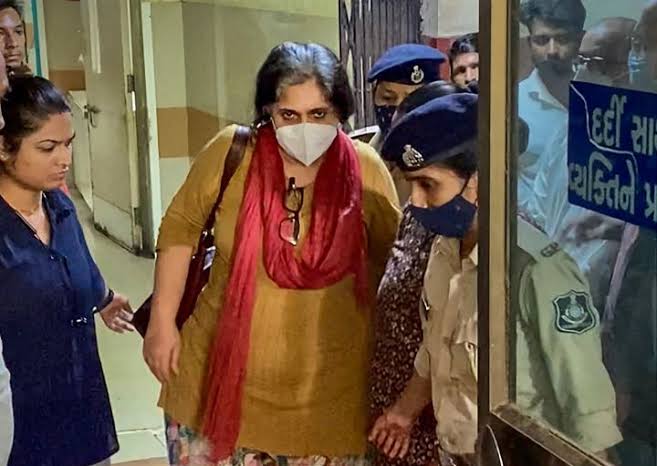 The Gujarat government on Monday told the Supreme Court that there is a strong case made out against the social rights activist Teesta Setalvad for some of the most serious offences whereby criminal conspiracy was hatched for and by fabricating false evidence with a clear intention to get a conviction of several persons for capital punishment in 2002 Gujarat riots case. The affidavit of the Gujarat government stated that the FIR against Setalvad for falsifying evidence related to the riots, is not solely based on a top court judgment but is backed by evidence.

It said that investigating agency has “collected sufficient material which shows that Setalvad not only wields substantial influence herself and through several other persons protecting her for their own personal interests but is found to be exercising such influence over witnesses since 2002 onwards. It is submitted that such influence is by using money as well as administering or getting the threats administered.” Systematic efforts were made to ensure that both oral and other evidence is fabricated, the affidavit stated.

It further said, “Investigation conducted so far has brought irrefutable material on record to substantiate the contents of the FIR that the applicant (Setalvad) along with other accused persons had done various criminal acts of omission and commission to achieve political, financial and other material benefits by means of executing the conspiracy.”

The statements of witnesses established that Setalvad conspired with a senior leader of a political party, it added.

The government said, “The witnesses establish that the conspiracy was enacted by the present petitioner along with other accused persons at the behest of a senior leader of a political party. It is submitted that the petitioner had held meetings with the set political leader and had received large amounts of money. It is submitted that it has come on record by way of the statement of a witness that such money was not part of any relief related Corpus,”

SAD demands a central inquiry into illegal mining in Punjab