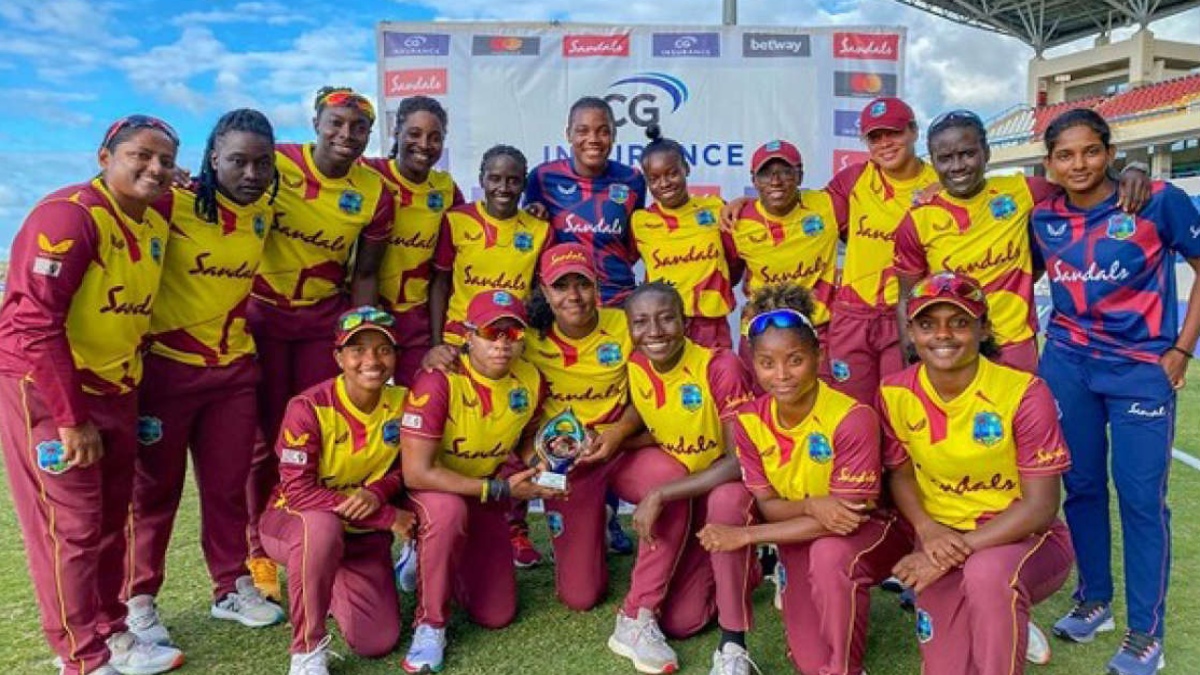 With this victory, West Indies completed a 3-0 series win over Pakistan at the Sir Vivian Richards Stadium. West Indies bundled Pakistan out for 102 inside 20 overs then chased out the total with five balls to spare to clean sweep the series. Chasing 103, West Indies got off to a bad start as they lost the opener, Hayley Matthews, in the second over thanks to Diana Baig’s athleticism and excellent bowling.

Diana took a scintillating catch in the second over off Anam Amin’s bowling as she dived to her right to send Matthews back to the pavilion. She followed up that effort with an incredible caught and bowled in the next over. Deandra Dottin looked in promising touch having struck Diana for a six and a four earlier in the over, but the right-arm pacer had the last laugh as she cleanly caught a strong punch off the front foot to end Dottin’s stay at the crease on the penultimate ball.On the last ball of the third over, Diana pitched the white kookaburra on the good length which induced an edge of Kyshona Knight’s bat to be safely caught by Sidra Nawaz. West Indies were now three down for 17.An unbeaten 48-run partnership between Stafanie Taylor (43*) and Kycia Knight (24*) helped hosts chase down the target with five balls spare.Earlier, West Indies captain Taylor recorded a hat-trick in the last over of the Pakistan innings as the tourists were bowled out for 102, after opting to bat first.

Taylor accounted for Aliya Riaz, who top-scored for Pakistan with 29 off 34, Diana (5 off 10), and Anam Amin (0 off 1), and finished with four for 17 from 3.4 overs. Pakistan lost their openers – Javeria Khan (six off eight) and Muneeba Ali (18 off 15) – in 4.4 overs and had their half of the batters back in the hut by 12.5 overs with 66 runs on board.It was a 22-run partnership between Aliya and Diana that ensured Pakistan crossed the 100-run mark after Anisa Mohammed, the most successful bowler in women’s T20Is, dismissed Sidra Nawaz and Ayesha Naseem in successive overs. Her first wicket was Nida Dar, who got bowled after scoring 17 off 19, in the 11th over. Pakistan were provided a 21-run start – with Muneeba playing a lead role in the partnership with her 18 off 15 at the back of three boundaries. It was Shamilia Connell who accounted for both openers. The right-arm pacer dismissed Javeria in the third over and picked up the wicket of Muneeba in the fifth.