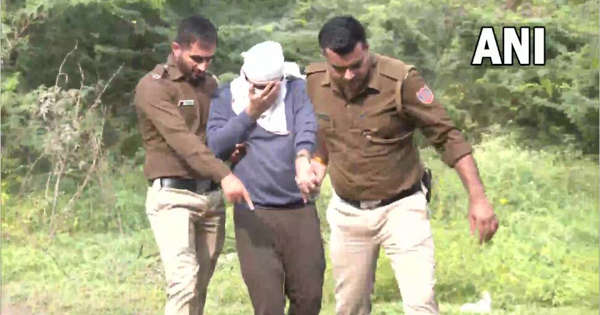 The accused was presented before the court virtually after five days of police custody. An application seeking extension of the custody of the accused was moved by Delhi Police. Aftab was arrested on Saturday after Delhi police started probing into a missing complaint filed by Shraddha’s father Vikas Walker.

According to the sources, Delhi police submitted before the court, “The investigation is going on and the accused is to be taken to Uttarakhand and Himachal Pradesh where he went with Shraddha.”

Delhi police submitted that further custodial interrogation of the accused is required to unearth the entire case and to collect the evidence.
Earlier, the court allowed an application seeking the appearance of Aftab through video conferencing.
“As per the information, some religious and miscreants may attack the accused. Under these circumstances, it would not be appropriate to produce the accused in the courtroom,” Delhi Police submitted.

After taking review of the application, the judge said, “”I am aware of the public sentiment attached to the case. I am also aware of the media coverage and sensitivity of the matter. In the interest of justice, the application for appearance through video conferencing is allowed.”  While the court was hearing the matter, slogans against Aaftab were being raised outside the courtroom. “Shraddha ke hatyare ko fansi do, fansi do” (Hang the murderer of Shraddha) following which the court decided to take hear the matter through video conferencing.

Aftab is accused of strangling his live-in partner Shraddha Walker to death and chopping her body into 35 pieces.

Another macabre murder in Delhi, Chopped husband into 10 pieces