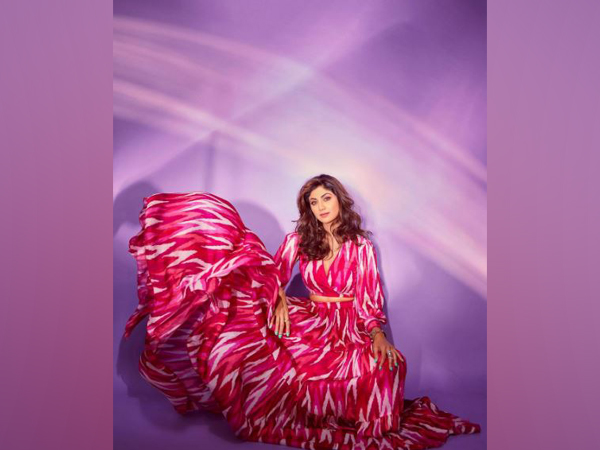 Mumbai (Maharashtra) [India], March 11 (ANI): Helping fans with a piece of advice to drive away mid-week blues, Bollywood star Shilpa Shetty Kundra on Thursday told her fans to ‘go pink when you feel blue’.
The ‘Dhadkan’ star hopped on to Instagram and treated fans to a stunning picture dressed in a pink designer ensemble.
In the picture, Shilpa is seen posing for a photoshoot as she donned a pink skirt and a matching v-neck cropped top with a designer pattern. Sporting a light make up look with her luscious locks open, the ‘Apne’ star exuded elegance in a glimpse from her latest photoshoot. 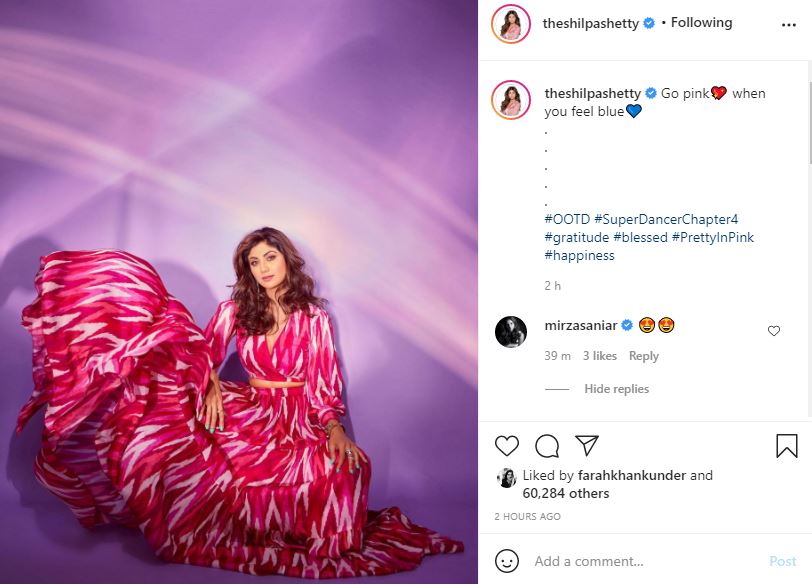 Taking to the caption, Shetty wrote, “Go pink (red heart emoticon) when you feel blue (blue heart emoticon).”
Celebrity followers including filmmaker Farah Khan Kunder and more than 60,000 fans liked the post on the photo-sharing platform while many left heart-shaped eyes emoticons in awe of the snap.
Meanwhile, on the work front, Shilpa will soon be seen in ‘Hungama 2’, the sequel to the 2003 blockbuster comedy-drama ‘Hungama’, and has also recently finished shooting for the Sabbir Khan directorial ‘Nikamma’. (ANI)