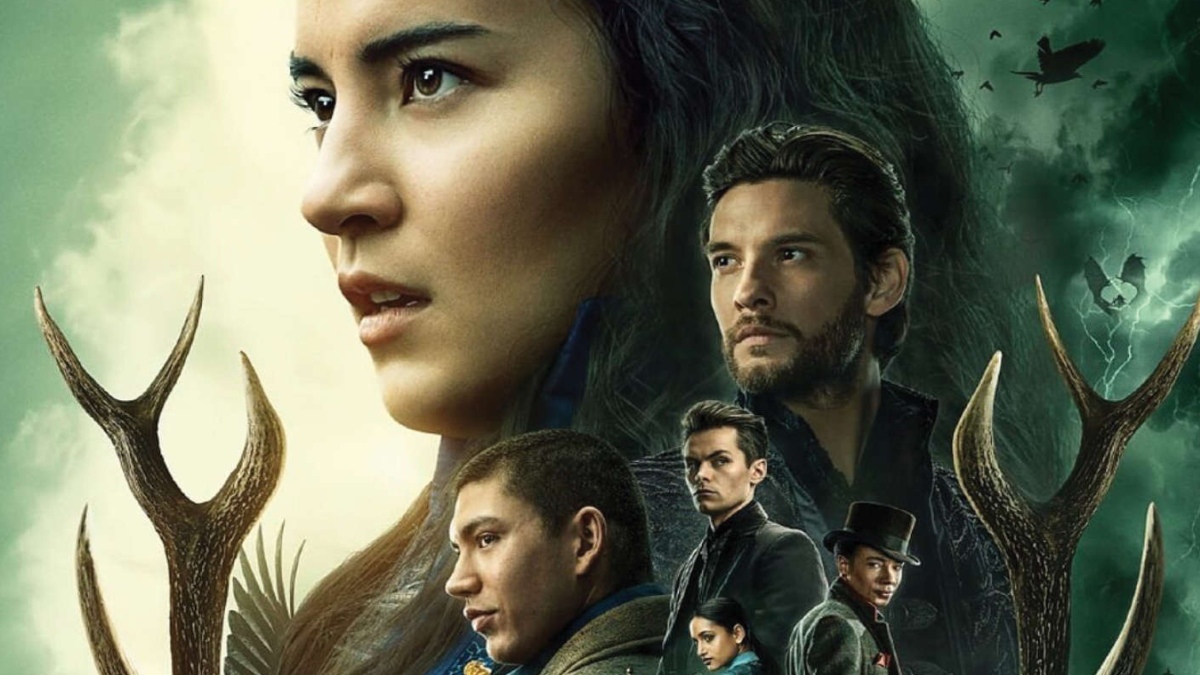 It’s no secret that every major streaming platform and television network dreams to have the next Game of Thrones as part of its portfolio. The fantasy series Shadow and Bone is Netflix’s latest attempt to capture the space that’s been left vacant ever since the popular HBO series completed its epic run. Shadow and Bone is based on the Grisha novel trilogy (the first of which is the 2012 novel ‘Shadow and Bone’) and the ‘Six of Crows’ novel duology (comprising the 2015 and 2016 novels ‘Six of Crows’ and ‘Crooked Kingdom’, respectively) by the Israeli-American author Leigh Bardugo.

It all began when Netflix acquired the rights to the rights to Bardugo’s ‘Shadow and Bone’ trilogy. Bardugo was quick to suggest to Netflix that the Academy Award-nominated screenwriter Eric Heisserer (known for his work on films such as ‘Arrival’, ‘Bird Box’, and ‘A Nightmare on Elm Street’, among others) had earlier tweeted to her about his love for Six of Crows and that he is someone who could be approached for Shadow and Bone. When Netflix contacted Heisserer regarding the series, he was quick to tell them that he doesn’t see a substantial plot without the characters of the ‘Six of Crows’ duology. Heisserer’s strong stand compelled Netflix to buy the rights to just ‘Six of Crows’ and its sequel ‘Crooked Kingdom’but also to Bardugo’s 2017 novel ‘The Language of Thorns ‘and her collection of short stories also set within the Grishaverse. It was enough to convince Heisserer to make the show for Netflix.

Now, the Grisha novel trilogy tells the story of an orphaned mapmaker Alina Starkov (essayed by Jessie Mei Li) who discovers she holds the unique power to summon light as powerful as the sun that can provide Ravka (a fantasy kingdom based on the Tsarist Russian Empire) with its first real chance of destroying the Shadow Fold, a massive and malevolent miasma of permanent darkness inhabited by carnivorous winged creatures known as Volcra separating East from West Ravka for centuries. Interestingly, ‘Six of Crows’, which is nothing like it, revolves around a feisty and disreputable gang of criminals called the Crows led by their scheming leader Kaz (Freddy Carter) along with the stealthy spy Inej (Amita Suman), and the uber-cool gunslinger Jesper (Kit Young). In his unique adaptation, which he describes as “Oceans 11 in a Game of Thrones world,” Heisserer doesn’t employ the two storylines in parallel but chooses to blend them together. Netflix as well as Bardugo were both a bit skeptical about Heisserer’s approach until he revealed his ingenious plan to integrate Kaz, Inej, and Jesper into Alina’s storyline without fundamentally altering it and without compromising the characters of Kaz, Inej, and Jesper.

The end result is what can best be described as a gift of long-form storytelling. To his credit, blending the two storylines isn’t the only change that Heisserer introduces in his adaptation. He also plays with Alina’s origins. In the books, she is purely Ravkan, presumably white and conforming to the Ravkan demographics. In Heisserer’s adaptation, Alina is half-Shu with her mother having hailed from Shu Han, a country based on Mongolia and China. Heisserer’s awareness to the pressing need of breaking stereotypes in a bid to push for diversity ensures that the story’s main hero is half-Asian. The western fixation for a hero with white skin, blonde hair and blue eyes is deeply misplaced. Alina’s mixed heritage in series is also pivotal to connecting her story with the broader diversity of the ‘Six of Crows’ characters — Inej is Suli, a hybrid of Romani and South Asian heritage, while Jesper is from Novyi Zem, a stand-in for sub-Saharan Africa.

The world of Shadow of Bone is divided into ordinary people and the Grisha who are gifted with special abilities. Every child is tested by the Grisha Examiners who send those endowed with special powers to train in the Little Palace. At a young age, Alina is able to fool the Grisha Examiners in order to be with her childhood friend Mal (Archie Renaux). It is for this reason that she lives an ordinary live until her true powers are finally revealed. Her mixed heritage further makes her inferior in the eyes of the Ravkans. When she is sent to the Little Palace to live with the other Grisha she continues to crave for a sense of belonging that has always eluded her. The presence of a writer named Christina Strain, who’s mixed Asian herself, helped Heisserer in finding the right voice for Alina. Other than the splendid world that’s on offer, it’s really the character dynamics that make Shadow and Bone tick. As I have already spoken about what the trio of Kaz, Jesper and Inej being to the table, I must at last draw your attention to the enigmatic General Kirigan (Ben Barnes) and his complex relationship with Alina as well as the deep bond Alina shares with Mal. Despite a slow buildup, the first season has opened up exiting possibilities for future seasons. Now, it remains to be seen for how long Heisserer can keep us hooked to Bardugo’s Grishaverse.

Technology start-ups shine as beacons of light in the pandemic