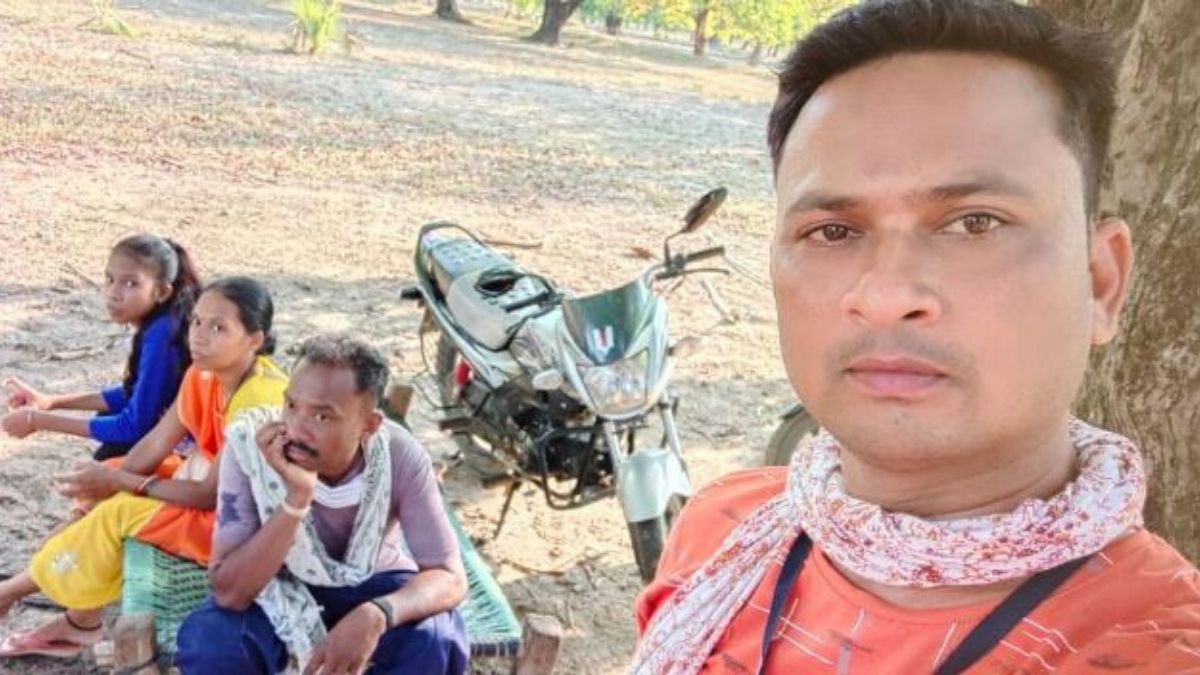 The 36-years-old Ganesh Mishra has been working as a journalist in Hindi dailies in the Naxal-infested region of Baster since 2002. However, what sets Mishra, whose father was a school teacher, apart from other journalists working in the region is his ability to reach out to the Naxals and rescue people.

On 4 May, Santosh Katam, a constable with the Chhattisgarh village, was abducted from Gorma village, Bijapur by the Naxals. This story would have ended there, with the dead body of Katam being found somewhere in the deep forest of Bijapur, as generally happens with the armed force members who are taken into captivity by the Naxals. But not in this case.

His wife Sunita and 10-year-old daughter Bhawna reached out to Mishra seeking his help in the release of the constable. That started rounds of hectic parleys between the journalist and local villagers who were acting as the bridge between the Naxals and Mishra. Mishra told the villagers that Katam was just an electrician in the police department and had never taken part in any operational duty.

The Naxals though were not convinced and continued enquiring about Katam’s antecedents. Meanwhile Mishra too kept the communication channel between him and the Naxals active. “In these areas, villagers trust journalists a lot. When they have lost hope from everywhere, they turn to journalists and 90% of the time, journalists are able to help them.

The villagers, in this case, helped me in securing the release of Santosh,” Mishra told The Daily Guardian. On the evening of 10 May, five days after his abduction, the Naxals told Mishra that they going to decide Santosh’s fate in a Jan Adalat (people’s court) and asked him to reach a spot deep inside the forest by 2 pm next day. “I was asked to bring his wife and daughter along.

We left at 6 am and travelled 50 km to reach the spot where 1,000-1,500 villagers along with the Naxals were waiting for us,” Mishra recalled. At the end of the Jan Adalat, the Naxals decided to free Katam as a goodwill gesture, but not before eliciting a promise that he would resign from the police department and take up farming. Santosh readily agreed.

“Santosh was taken and handed over to Mirza Ziyarat Baig, the ASP of Bijapur on 11 May. The Naxals also released the newly bought scooty that Santosh was riding when he was abducted,” Mishra said. This is not for the first time that Mishra has helped others. In April 2013 he had helped retrieve the body of G.V. Prasad, a reserve inspector with the Greyhounds, the elite antiMaoist force of Andhra Pradesh.