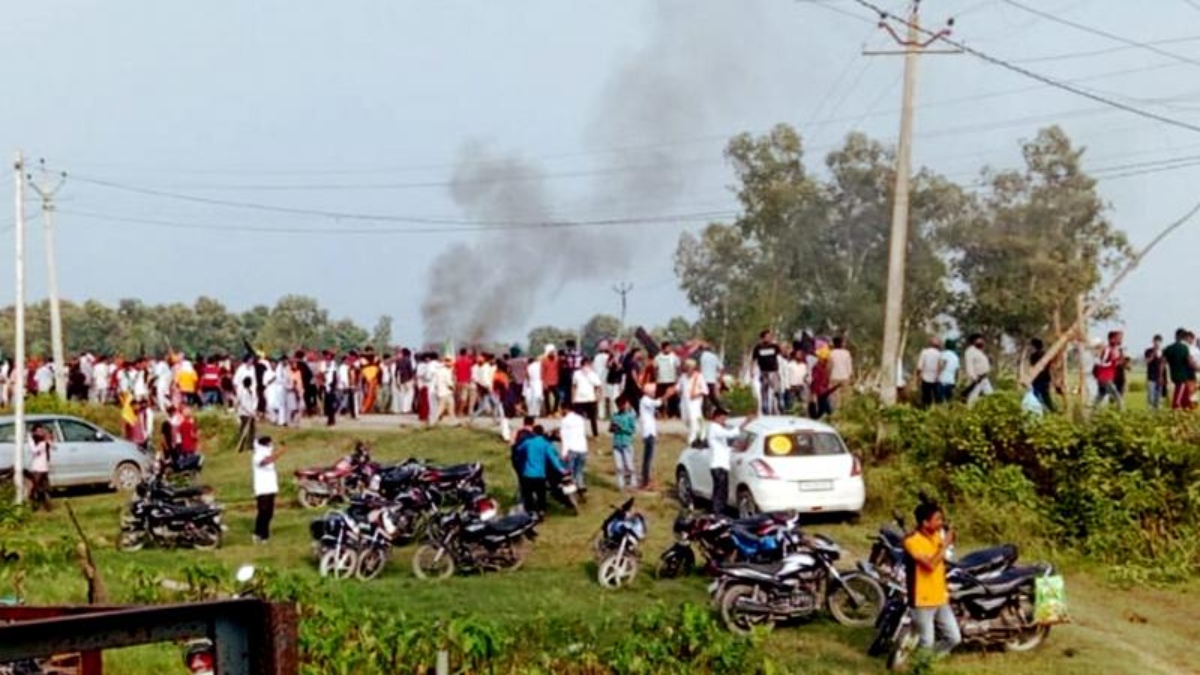 The Supreme Court will on Wednesday hear the case relating to the 3 October violence in Lakhimpur Kheri where eight persons, including four farmers, were killed during a farmers’ protest.

A Bench of Chief Justice of India N.V. Ramana and Justices Surya Kant and Hima Kohli will hear the matter tomorrow as two lawyers had written a letter seeking a high-level judicial inquiry, also involving the CBI, in the incident. The apex court had on October 8 expressed dissatisfaction over the steps taken by the Uttar Pradesh government in the killing of eight persons. Ten people, including Ashish Mishra, son of Union Minister of State for Home Affairs and Bharatiya Janata Party (BJP) MP Ajay Kumar Mishra ‘Teni’, have been arrested so far in connection with the case.

The top court had said it is “not satisfied” with the action taken by the Uttar Pradesh government in the Lakhimpur Kheri violence and also questioned the State on why accused Ashish Mishra was not arrested so far. Ashish Mishra had allegedly mowed down farmers with his car. The police had served a notice to Mishra and summoned him for questioning.

The top court had said that Uttar Pradesh government is not proceeding in manner in which it should proceed against accused while adding that killing of eight people in Lakhimpur Kheri is a “brutal murder” and law must take its course against all accused.

The top court had asked the Uttar Pradesh government whether in other murder cases the police issue summons instead of arresting the accused. Not arresting the accused is sending a “wrong message”, the Bench had observed as the police has not arrested Ashish Mishra. The Bench had further observed that transferring the case to CBI for investigation is also not a solution. The apex court then ordered the DGP of Uttar Pradesh government to protect evidence and other materials in the case and not destroy all in interim by the time another agency takes it over.

The Bench had said it hopes the State government will take necessary steps due to the sensitivity of the issue and it expects responsible government, system and police. During the hearing of case on violence in Lakhimpur Kheri, the top court had expressed apprehension over the fair probe in the case because of officers involved in the case, saying that it has seen details of the Special Investigation Team (SIT), set up to probe the matter, and the DIG, Superintendent of police, Circle Officers etc. all are local people.

The Bench was hearing a letter petition by two advocates—Shiv Kumar Tripathi and C.S. Panda—seeking punishment for politicians allegedly involved in the ghastly incident. The letter has stated, “Having regard to the seriousness of the killing of the farmers at district Lakhimpur Kheri in Uttar Pradesh, it is incumbent upon this Court to intervene in the matter as flashed in the press.”

A single-member Commission of Enquiry with headquarters at Lakhimpur Kheri has been constituted to investigate the death of eight persons in Lakhimpur Kheri. Uttar Pradesh government has appointed retired Allahabad High Court judge Pradeep Kumar Srivastava as single member Commission to inquire into the incident and enquiry to be completed within a period of two months.

Local farmers blame Union Minister of State for Home Affairs Ajay Kumar Mishra ‘Teni’ and his son for the violence that left eight dead, including four farmers a local journalist and others. They were mowed down by a vehicle which was part of the convoy of Minister in Lakhimpur Kheri in north-central Uttar Pradesh. Videos are also being circulated on social media where a Mahindra Thar was seen knocking down protesters from behind. The Minister and his son deny the charges. Ashish Mishra and 20 others have been booked for murder but not arrested yet. The government gave Rs 45 lakh as compensation for each family and announced a judicial probe. Channi and Baghel also announced Rs 50 lakh compensation each to the victims’ families.