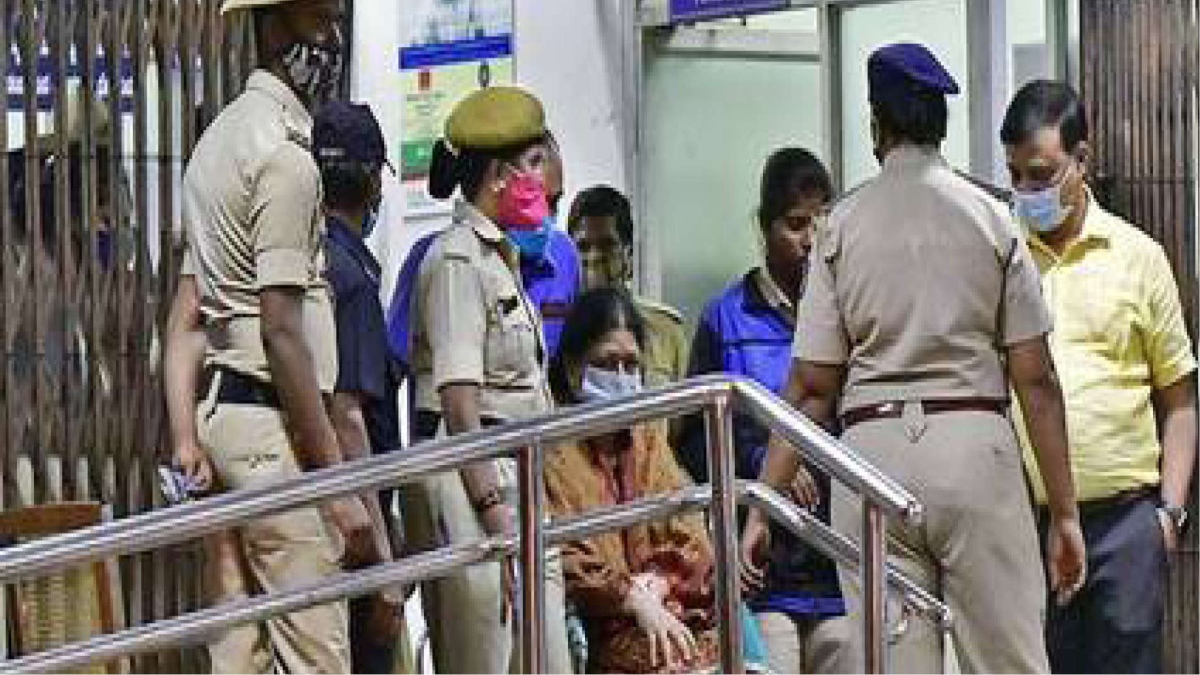 After spending four years in jail in connection with a disproportionate assets case, former All India Anna Dravida Munnetra Kazhagam (AIADMK) leader V.K. Sasikala has been released from the Central Prison, Bengaluru on Wednesday.

“Sasikala has been officially released as on 11 am today. She was shifted to Victoria Hospital on January 21 and was tested positive for Covid-19,” Bangalore Medical College and Research Institute (BMCRI) said. Sasikala, a former aide of late Tamil Nadu Chief Minister J. Jayalalithaa, will remain in the hospital as she is being treated for the Covid-19 infection.

“As per protocol, she will be discharged on the tenth day if she is asymptomatic and free of oxygen support for at least 3 days,” the hospital said.Meanwhile, the BMCRI said that Sasikala is conscious, alert and well oriented. “Her pulse rate is 76/minute and blood pressure is 166/86 mmHg.”

Last year, the Income Tax Department had attached properties worth Rs 1,600 crores belonging to the former AIADMK leader under the provisions of the Benami Transactions (Prohibition) Act.

The 63-year-old leader has been serving a sentence in a disproportionate assets case. In 2019, the Income Tax Department had attached properties worth Rs 1,600 crore belonging to the former AIADMK leader under the provisions of the Benami Transactions (Prohibition) Act.

Many people thronged the memorial amid tight security arrangements.

The foundation of this phoenix themed memorial was laid three years ago in 2018. Popularly known as ‘Amma’, Jayalalithaa breathed her last on 5 December 2016.

Jayalalithaa, who was born in 1948, served five terms as the Chief Minister of Tamil Nadu for over fourteen years between 1991 and 2016. In 1982, when M.G. Ramachandran was the chief minister, Jayalalithaa joined the AIADMK, the party he founded.

TRANSGENDERS JOIN BJP, WILL FIGHT IN ELECTIONS FOR RIGHTS