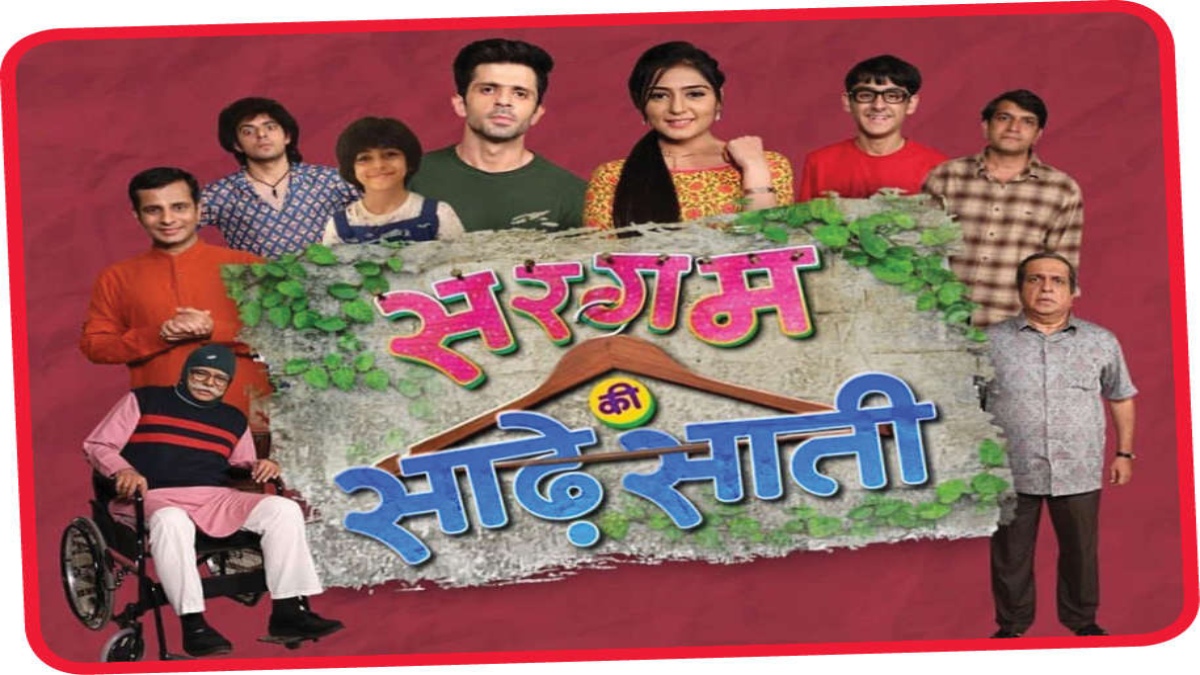 Laughter is the best medicine to take stress away, and Sony Entertainment Television is making sure the audience gets a good dose, with the launch of its new show “Sargam Ki Sadhe Satii”.

Produced by Vipul Shah of Optimystix Entertainment, “Sargam Ki Sadhe Satii” brings forth the Awasthi household with Sargam as the bahu, and her unique sasuraal where she is the only woman among men.

“I am truly grateful about landing the chance to play the role of Sargam in ‘Sargam Ki Sadi Satii’. The concept is interesting, and most of all, it is made to spread humour and happiness. This is the first time I am working in a sitcom and it has been a great learning experience,” says Anjali Tatrari.

Darshan Jariwala, who essays Chhedilal Awasthi, says: “As entertainers, our focus is always towards reaching out to a larger audience. A clean family entertainer which makes everyone come together, and share a little laughter, always does the job well.”

The show airs on Sony Entertainment Television from 22 February. 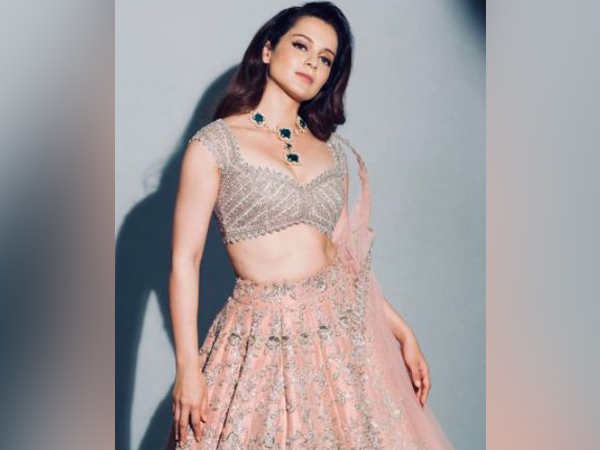 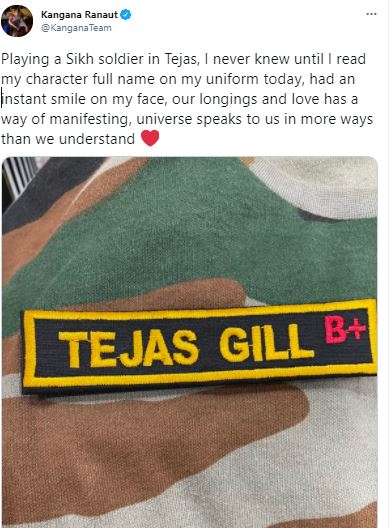 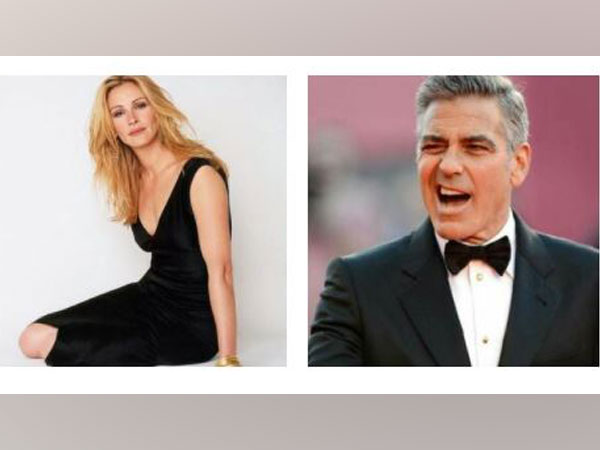 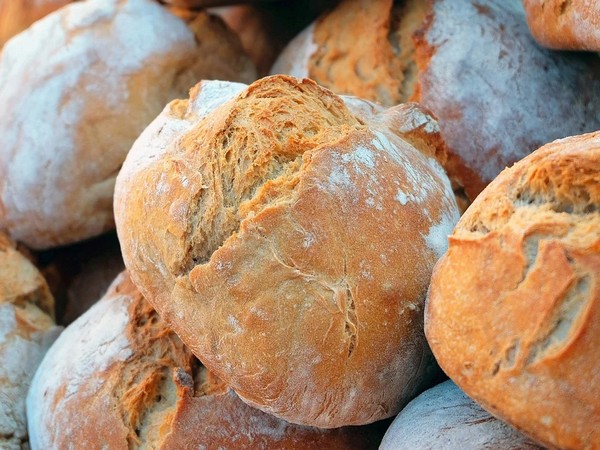 Washington [US], February 27 (ANI): While a balanced diet with an adequate amount of carbohydrates, fats, and sugar is advised to keep diseases at bay, a recent study has pointed out that consuming a diet high in poor quality carbohydrates has many ill effects ranging from a higher risk of heart attacks to strokes, and even death.
The findings of the study were published in the New England Journal of Medicine.
The global study focused on people living in five continents and concluded that a diet high in poor quality carbohydrates leads to a higher risk of heart attacks, strokes, and death.
The higher risks of a diet high in poor quality carbohydrates, called a high glycemic diet, were similar to whether people had previous cardiovascular disease or not.
A total of 137,851 people aged 35 to 70 years old were followed for a median of 9.5 years through the Population Urban and Rural Epidemiology (PURE) study run by the Population Health Research Institute (PHRI) of McMaster University and Hamilton Health Sciences.
The research team used food questionnaires to measure the long-term dietary intake of participants and estimate the glycemic index (the ranking of food based on their effect on blood sugar levels) and glycemic load (the amount of carbohydrates in food times its glycemic index) of diets. There were 8,780 deaths and 8,252 major cardiovascular events recorded among the participants during the follow-up period.
The investigators categorised dietary intake of carbohydrates depending on whether specific types of carbohydrates increased blood sugars more than others (high glycemic index) and compared this index to the occurrence of cardiovascular disease or death.
Those people consuming a diet in the highest 20 per cent of the glycemic index were 50 per cent more likely to have a cardiovascular attack, stroke, or death if they had a pre-existing heart condition, or 20 per cent more likely to have an event if they did not have a pre-existing condition.
These risks were also higher among those people who were obese.
“I have been studying the impact of high glycemic diets for many decades, and this study ratifies that the consumption of high amounts of poor quality carbohydrates is an issue worldwide,” said first author David Jenkins, professor of nutritional sciences and medicine at the University of Toronto’s Temerty Faculty of Medicine, who is also a scientist in the Li Ka Shing Knowledge Institute of St. Michael’s Hospital, Unity Health Toronto.
“PURE study papers have already indicated that not all carbohydrate foods are the same. Diets high in poor quality carbohydrates are associated with reduced longevity, while diets rich in high-quality carbohydrates such as fruit, vegetables, and legumes have beneficial effects,” he said.
PHRI research investigator Mahshid Dehghan added, “This study also makes it clear that among a diverse population, a diet low in both its glycemic index and load has a lower risk of cardiovascular disease and death.”
Most fruits, vegetables, beans, and intact whole grains have a low glycemic index, while white bread, rice, and potatoes have a high glycemic index.
“The present data, along with prior publications from the PURE and several other studies, emphasize that consumption of poor quality of carbohydrates are likely to be more adverse than the consumption of most fats in the diet,” said Salim Yusuf, senior author of the study.
“This calls for a fundamental shift in our thinking of what types of diet are likely to be harmful and what types neutral or beneficial,” added Yusuf, who is also the principal investigator of the PURE study, executive director of the PHRI, and a professor of medicine at McMaster. (ANI)

Lady Gaga’s bulldogs are back home 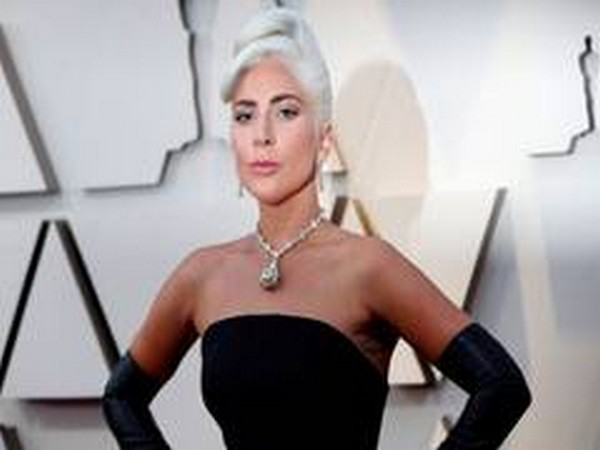 Washington [US], February 27 (ANI): American pop star Lady Gaga’s beloved French bulldogs have been returned to the star on Saturday (local time) after a robbery incident that took place earlier this week.
According to TMZ, two of the star’s beloved pet dogs named Koji and Gustav were returned to the Los Angeles police by a local woman.
As per reports, the Grammy Award winner’s dog walker was shot in the chest when he was walking with three of the star’s pet dogs. The robbers took two dogs and fled the scene. The third dog was rescued by the officers of the area.
Law enforcement sources told TMZ that “A woman returned the dogs on Friday night to an LAPD station. The dogs were unharmed and have been reunited with Gaga’s team.”
The ‘Rain On Me’ star cried ‘tears of joy’ when she got the news, reported the sources close to the songstress.
Lady Gaga, who was in Rome working on a new movie at the time, offered USD 500,000 for the dogs’ return. Now after the reunion, it is still unclear when the woman will be rewarded the same. (ANI) 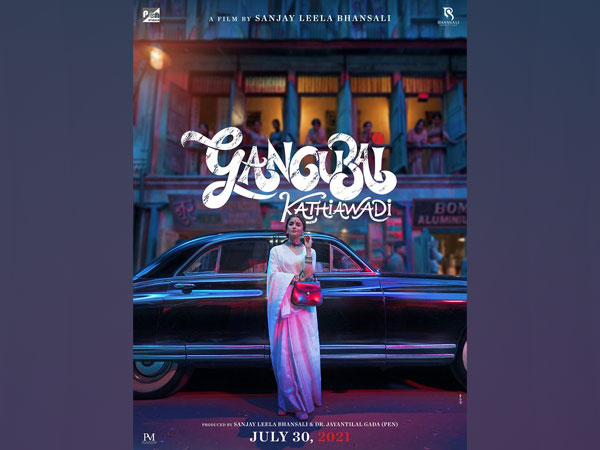 Mumbai (Maharashtra) [India], February 27 (ANI): Two days after Bollywood star Alia Bhatt’s teaser of her film ‘Gangubai Kathiawadi’ won praise far and wide, the actor penned a note of thanks to her fans and well-wishers.
The ‘Student of the Year’ star hopped on to Twitter and wrote in Hindi, “Aap sab ne Gangu ko itna pyar diya, uske liye THANK YOU!!” 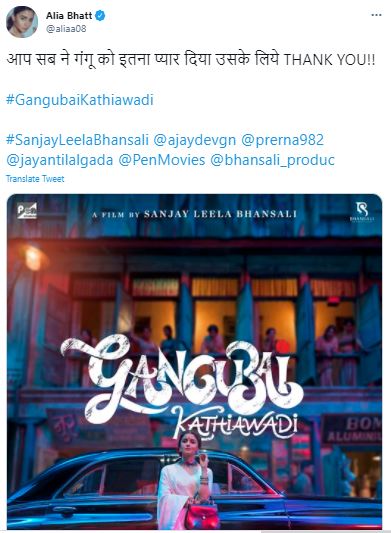 Along with the thank you note, the ‘Highway’ star shared a poster of the film. It shows the actor dressed in a white saree standing near a luxury car and holding a shiny purse in her arm with a ‘beedi’ (leaf cigarette) in her hand.
Bhatt on Wednesday thrilled her fans by dropping the one-minute-thirty-second-long teaser featuring Bhatt portraying an eponymous character in the flick.
The teaser opens with a dialogue that says, “They say…nights in Kamathipura are always moonlit because Gangu lives there!”
The teaser is set in a theme where the 27-year-old named Gangubai Kothewali, a brothel owner and matriarch from Kathiawad who had no choice but to embrace the ways of destiny and swing it in her favour. She is transformed from a brothel queen to a politician.
The teaser showcases Alia in a catchy dialogue: “Live with dignity. Never fear anyone. Neither police, nor MLA, or minister or any bloody pimp…NOBODY!!” and the rising crescendo of a thrumming soundtrack.
The makers have announced the theatrical release date of the film on July 30 this year.
The film marks Bhansali’s first collaboration with Alia. This project will also see Bhansali Productions collaborating with Jayantilal Gada’s Pen India Limited. (ANI) 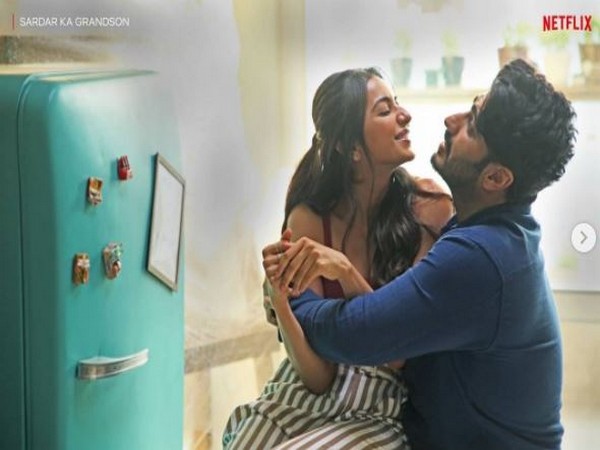 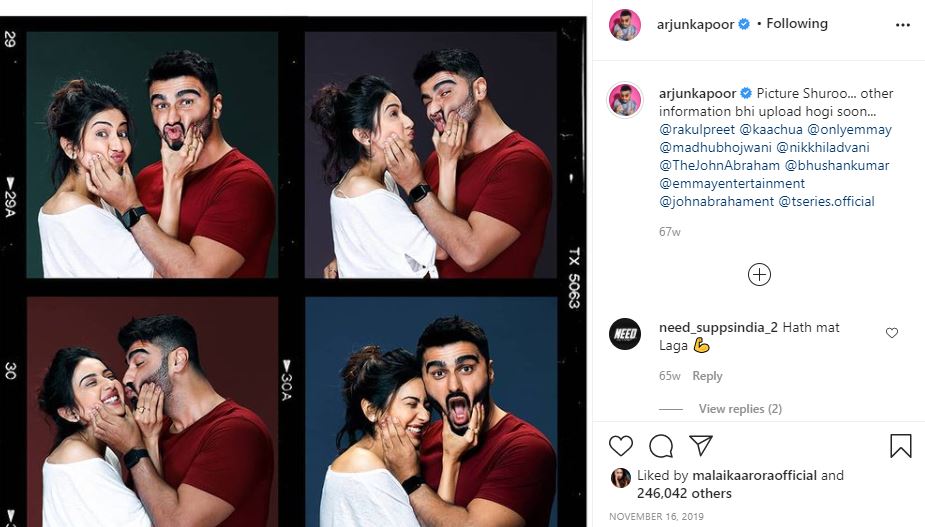 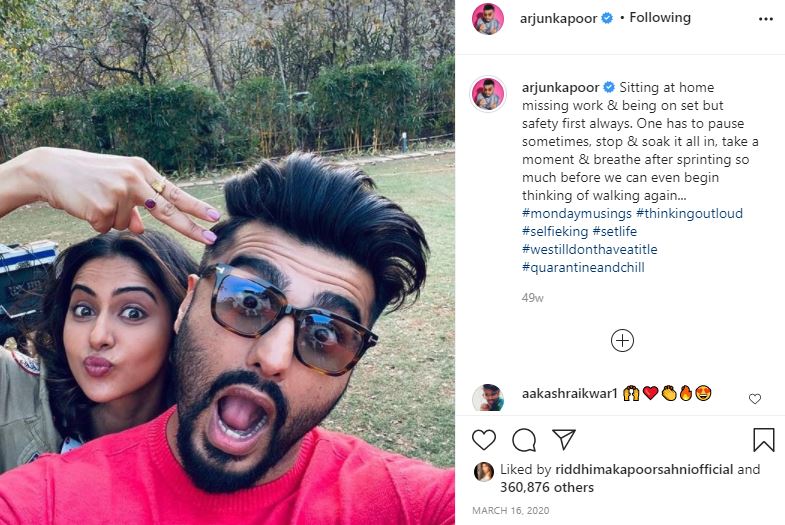 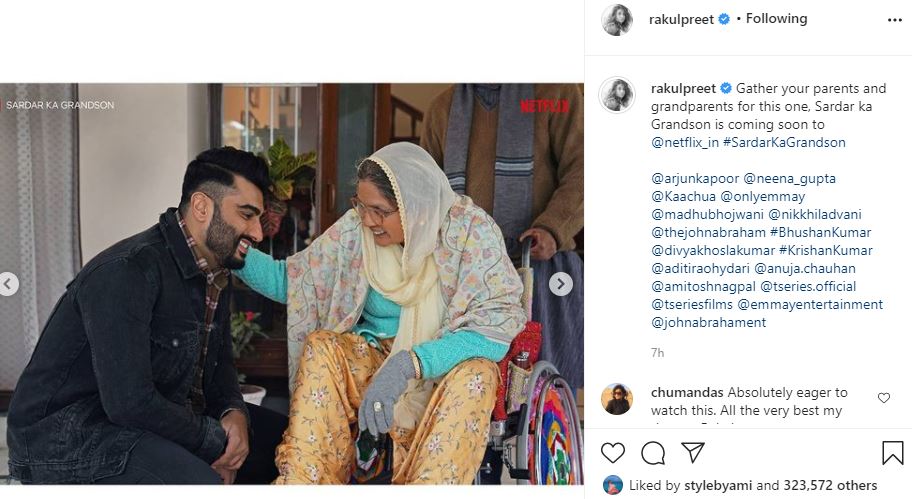 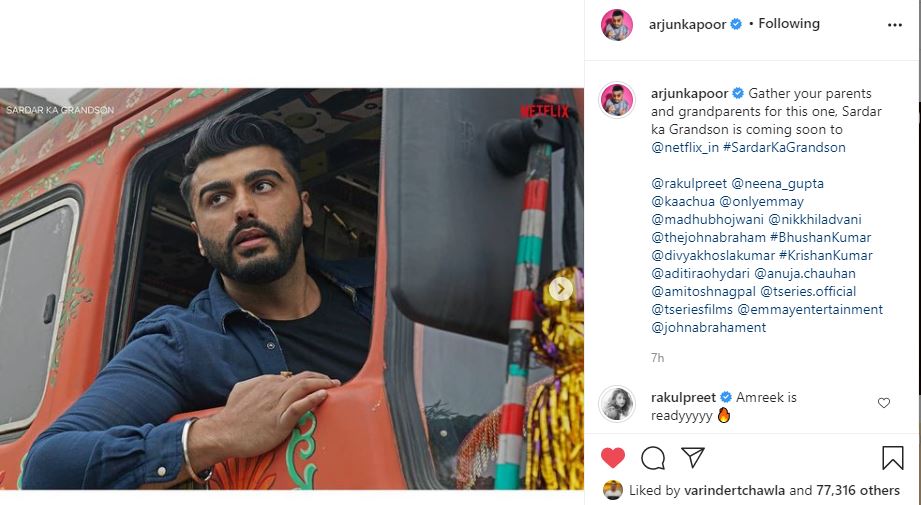