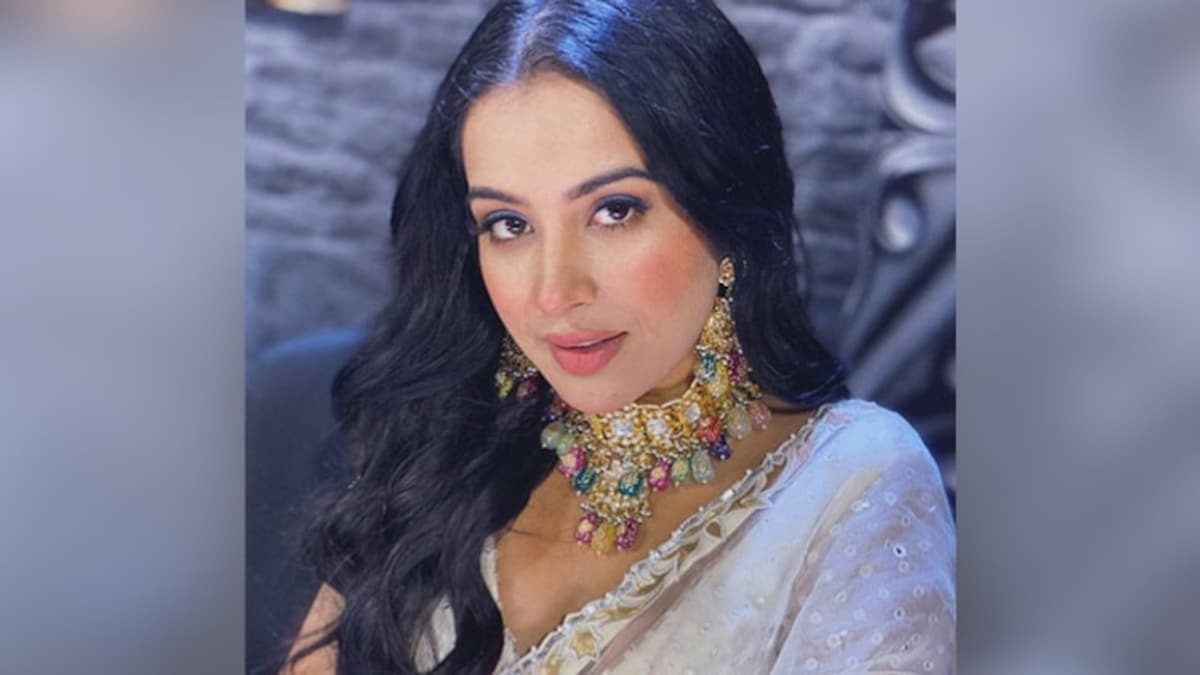 Sara Gurpal, the first contestant to be evicted from the Bigg Boss 14 house, spoke exclusively to The Daily Guardian and shared her experience in the house, her equation with Hina Khan, Gauhar Khan and Siddharth Shukla, and the love she has received from fans even after her eviction.

About her eviction from the Bigg Boss house, Sara says, “It was shocking that I got evicted as I had only one vote, whereas other contestants had received more votes for nomination. Gauhar and Hina were in my favour and supported me, whereas Siddharth was against me. Everyone, not only the housemates, but all the fans too, know that the game was unfair.” Sara›s journey in Bigg Boss was a rollercoaster ride. Be it for performing tasks or chopping off her hair, she has been a fighter and given her best, and her fans and audience have seen who had behaved unfairly on the show, she says. Sara also shared with TDG that her bond with everyone was cordial and amicable.

Talking about her equation with the other contestants, Sara shared that Gauhar Khan, Shezadh Deol, Rubina Dalaik, Abhinav Shukla and Pavitra Punia helped her at the time of her injury. Sara says that Hina Khan knew unfair things were taking place but, at the end, it was Siddharth Shukla›s decision that was taken as the final call. «Everyone knows that Siddharth Shukla is biased towards Nikki Tamboli and the reason for that is their wavelength matching each other’s,” Sara added. Sara also shared that Siddharth Shukla knows how to play the game and has played it well, and that he has the power to influence people. Sara Gurpal had been injured while performing a task and she says the injury was caused because of Nikki Tamboli, due to which she had to leave the Bigg Boss 14 house.

Sara reveals, “Nikki Tamboli did not have the courtesy to come and apologise. Nishant Malkhani, even for the smallest mistake, had apologised to Shezadh, but Nikki didn›t. It shows how inhumane she is. She does not feel guilty of what she did and I don’t think she has any humanity.” However, Sara says that she is grateful to the people who watched her on the show. “I feel blessed with their love. And to all those fans who have supported me—I will come back with a bang if I get an opportunity to return to the reality show,” Sara promises.

Shooting for Bellbottom amid Covid-19 was surreal: Lara 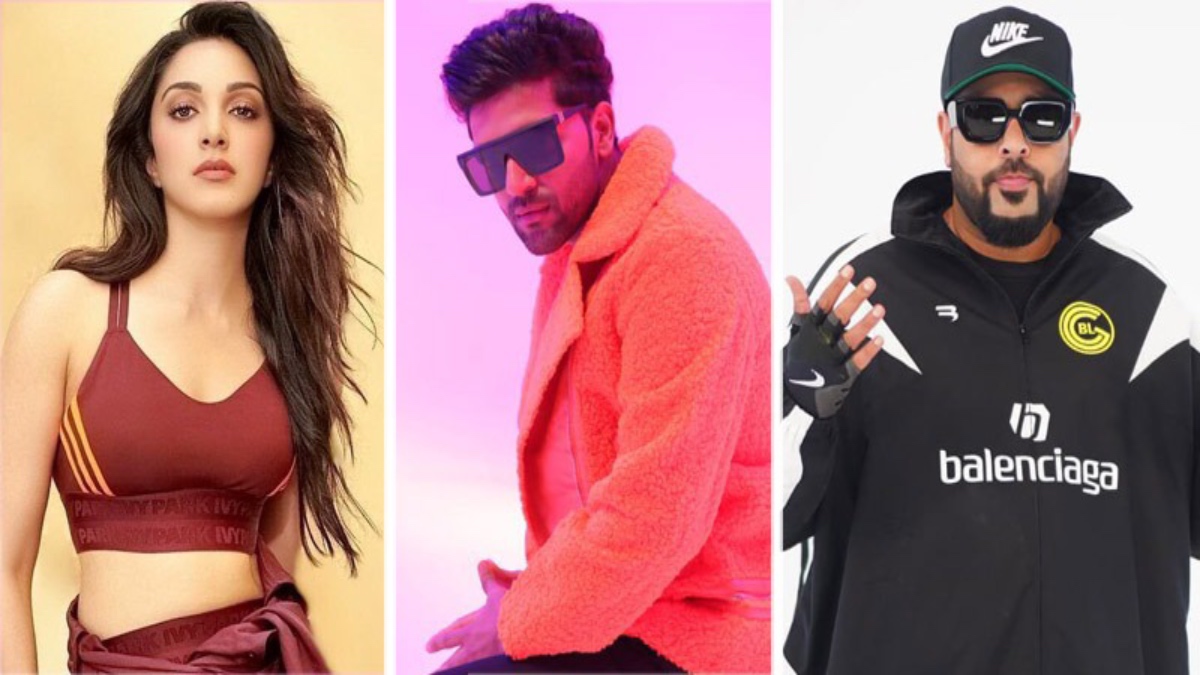 Guru Randhawa is known for his vocal styling but he now Bhushan Kumar’s T-Series has roped him in for “Heelein Toot Gayi”, Badshah’s promotional music video for the film Indoo Ki Jawaani. It is for the very first time that Guru Randhawa will feature in a song that isn’t sung, composed or written by him but instead will be rapping to Badshah’s tunes and lyrics, in this peppy dance track.

Promising to be a party anthem, “Heelein Toot Gayi” also starring the gorgeous Kiara Advani, is sung by Badshah and Aastha Gill. The hit duo reunites for this track after the blockbuster song ‘Buzz’.

The highly stylized video will be a treat for fans of Badshah and Guru as it brings together some of the most popular youth icons in a track that’s guaranteed to have you on your feet.

The film Indoo Ki Jawani is set to be released in cinema halls as the makers have dropped the idea to release the film on the OTT platform. 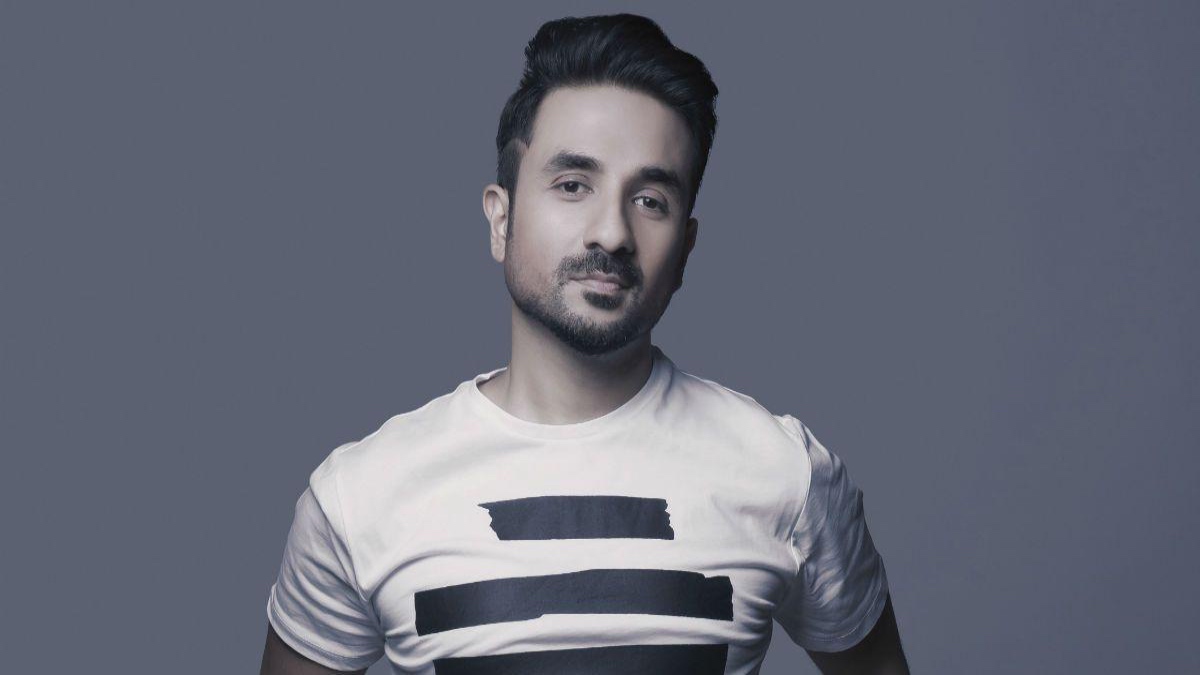 MUMBAI: Comedian-actor Vir Das feels celebrities should not post videos on social media that show them undergoing Covid-19 tests. Taking to Instagram, Vir Das requested celebrities to understand the struggles of people who conduct Covid-19 tests. “Celebrities… please stop posting videos of your Covid tests. From the collection to the test, you are literally doing none of the work. The fact you tilted your head back 30 degrees and managed not to sneeze is not engaging content,” he wrote. Vir Das urged: “Been seeing these videos for months now. Hear me out please. There’s someone drenched in a full PPE kit one foot away from you who does this 30 times a day, door to door. You’re not the one struggling. The test sucks for them more.”

Taylor Swift wins Artist of the Year at AMAS 2020 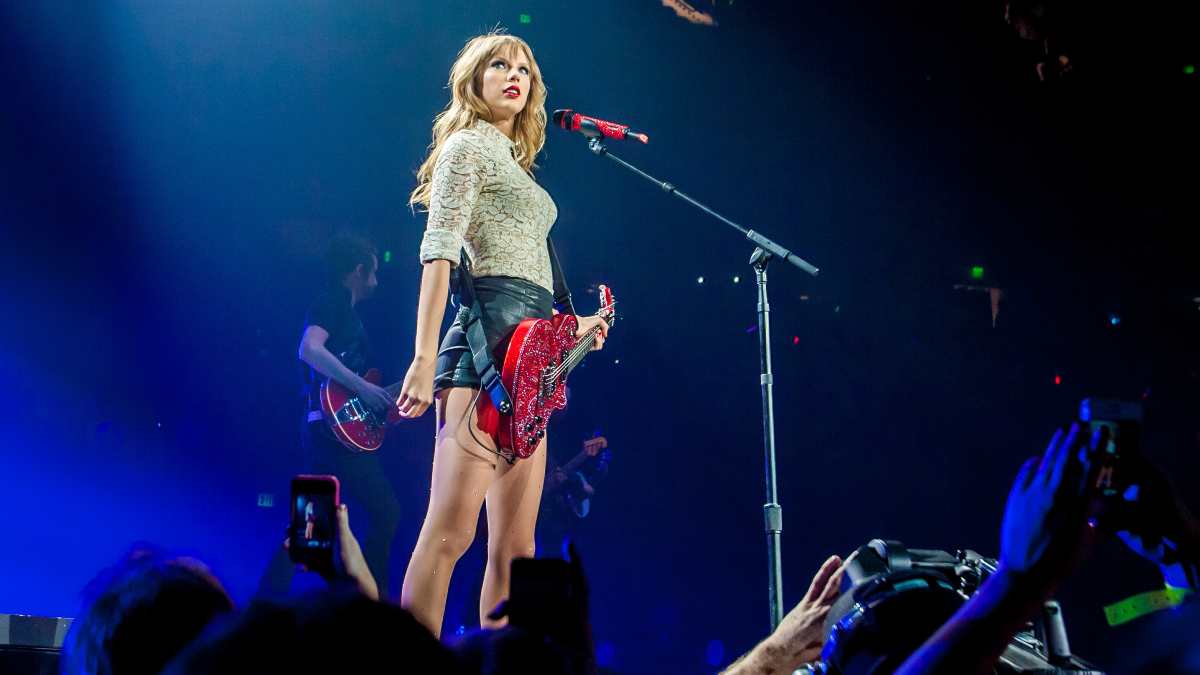 Los Angeles: Singer Taylor Swift won Artist of the Year award for the third year in a row at the American Music Awards, but had to skip the ceremony.

In 2019, Swift expressed anger over her former record label, Big Machine Label Group, selling her master recordings to Scooter Braun, who is the manager of singers like Justin Bieber and Ariana Grande. So, she was busy re-recording the albums she made with the label, on November 22, the night of the AMAs, reports eonline.com.

“Thank you so much for this. This is a fan-voted award, which means so much to me. You guys have been beyond wonderful all the years of my career, but especially this one, when we’ve been so far apart, we haven’t been able to see each other in concert, but I still feel really connected to you through the music,” she shared. Swift added: “The reason I’m not there tonight is I’m actually re-recording of all my old music, in the studio where we originally recorded it so it’s been amazing, and I can’t wait for you to hear it. Have a great night. I love you so much.”

Sanjana to star opposite Aditya in ‘Om’ 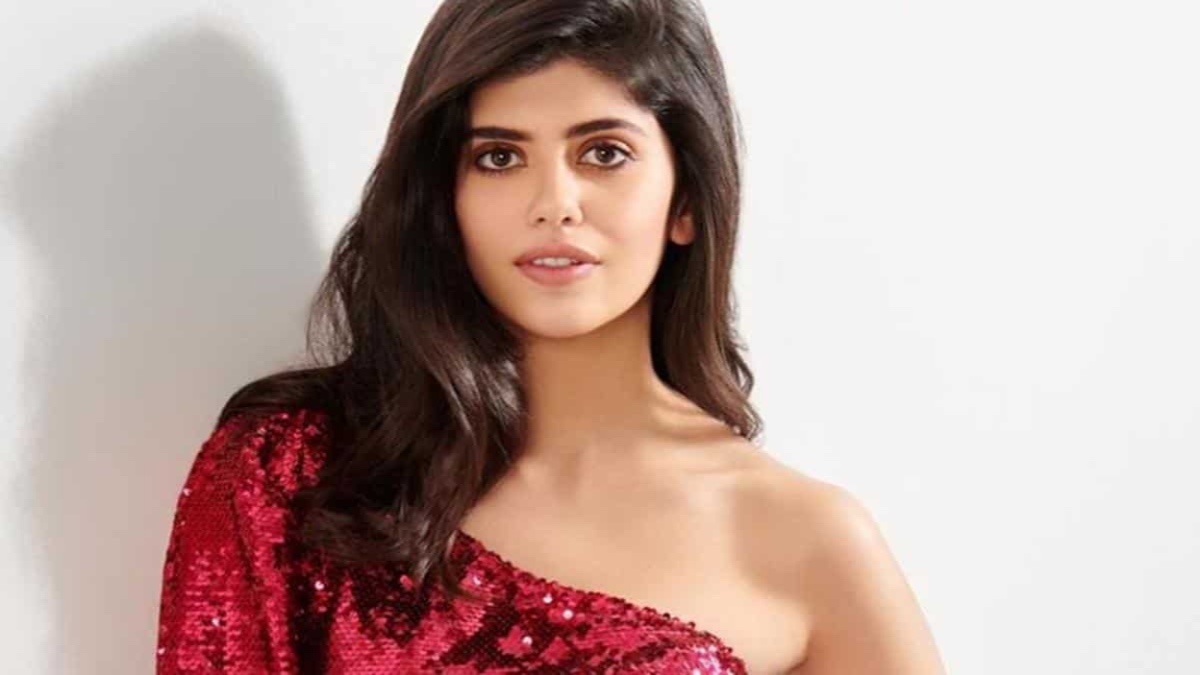 Actress Sanjana Sanghi, who starred opposite Sushant Singh Rajput in Dil Bechara, is set to join actor Aditya Roy Kapur in the upcoming action film, OM: The Battle Within.

“Getting to delve into the action genre so early on, is something I view as an absolute honour and have immense gratitude for to my producers and my director Kapil (Verma) for the potential they have seen in me being able to pull off such a part in our film,” Sanjana said. “After exploring many scripts and possibilities for a while, OM felt just right since it was the spectrum jump I was looking for in terms of throwing myself into an entirely unchartered territory of a big commercial actioner, being executed in a never-seen-before way that is going to present me with new challenges,” she added.

Talking about her character, she said: “My character Kavya is a girl I know each of us young girls in India aspires to be. She is confident, extremely hard-working and sharp, empathetic, brave and a crucial tenet of our film.”

The makers hope to complete the film by March next year. 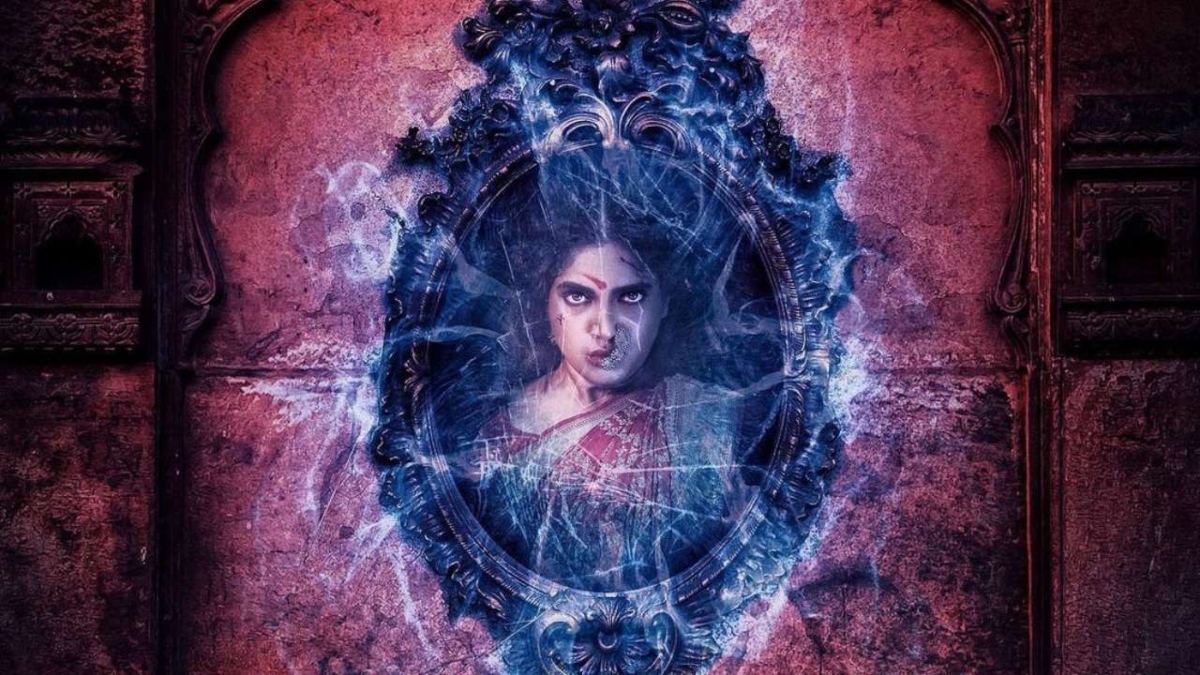 The title of horror film Durgavati, which is presented by Akshay Kumar, has now been changed to Durgamati: The Myth. On Monday, Akshay unveiled the new title of the film with a poster. Starring Bhumi Pednekar, the film is set for an OTT release on 11 December this year. Bhumi shared the poster too, and wrote in Hindi: “Aa rahi hai… Durgamati (Durgamati is coming).”

In the poster, Bhumi is seen looking through the mirror. She is seen bruised, with her bindi partially rubbed off. She seems in a vengeful mood. The poster comes with an eerie touch as the mirror seems to be in a dilapidated ‘haveli’.

While no official reason has yet been given for the change in title, this is the second film in recent months to see a name change. A few weeks ago, the Akshay Kumar-starrer Laxmmi Bomb was renamed Laxmii on the censor board’s suggestion after a section of people said the original name of the film insulted Goddess Laxmi and Hinduism. Durgamati also stars Arshad Warsi, Jisshu Sengupta, Mahie Gill and Karan Kapadia. Directed by G. Ashok, the horror-thriller is the Hindi remake of Telugu movie Bhaagamathie (2018). It follows the story of an IAS officer, played by Bhumi, who is a victim of a major conspiracy involving powerful forces. She is imprisoned in a haunted house while being interrogated in a corruption case. 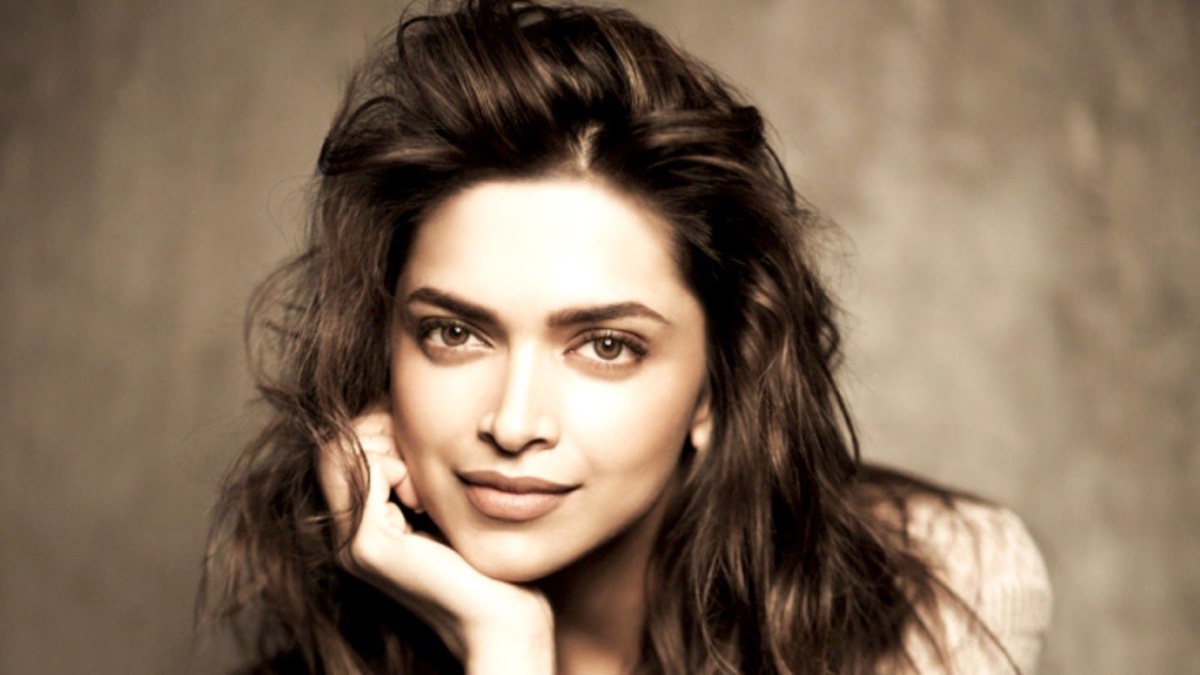 Actress Deepika Padukone has reportedly started shooting for her new film with Shah Rukh Khan on Monday. Fans of Deepika have been speculating about the development on Twitter for a while, and now the actress has dropped a hint on Instagram Story that she has started shooting for the film in question. Her latest Insta post reads, “Shubh arambh”, which in English means ‘an auspicious beginning’.

A few days ago, Shah Rukh was clicked outside Yash Raj Studios in Mumbai. Reportedly, he was at the studios to start shooting for the rumoured film, Pathan. According to unconfirmed reports, the film Pathan also features John Abraham. However, there is no official announcement of the news yet.