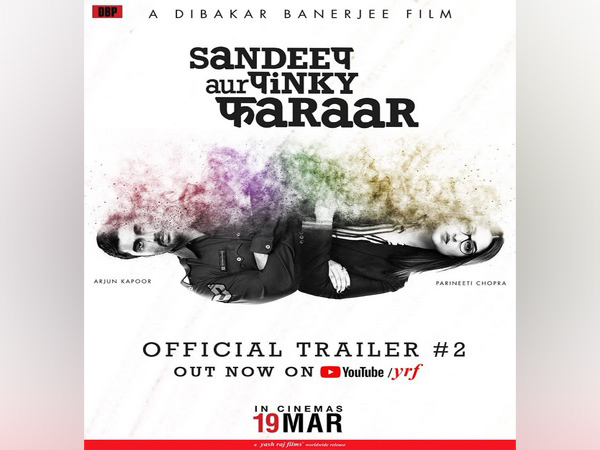 New Delhi [India], March 9 (ANI): Bollywood actor Arjun Kapoor on Tuesday dropped the second trailer of his upcoming film ‘Sandeep Aur Pinky Faraar’ and provided the movie buffs with more glimpses into the raw and real-world of the crime thriller.
The ‘2 States’ actor took to his Instagram handle and shared a poster along with the trailer. He captioned the post as “#SandeepAurPinkyFaraar trailer #2 is here! #DibakarBanerjee brings to the big screen the thrilling tale of these two characters. In Cinemas near you on 19th March, 2021. @parineetichopra | @sapfthefilm | @yrf.” 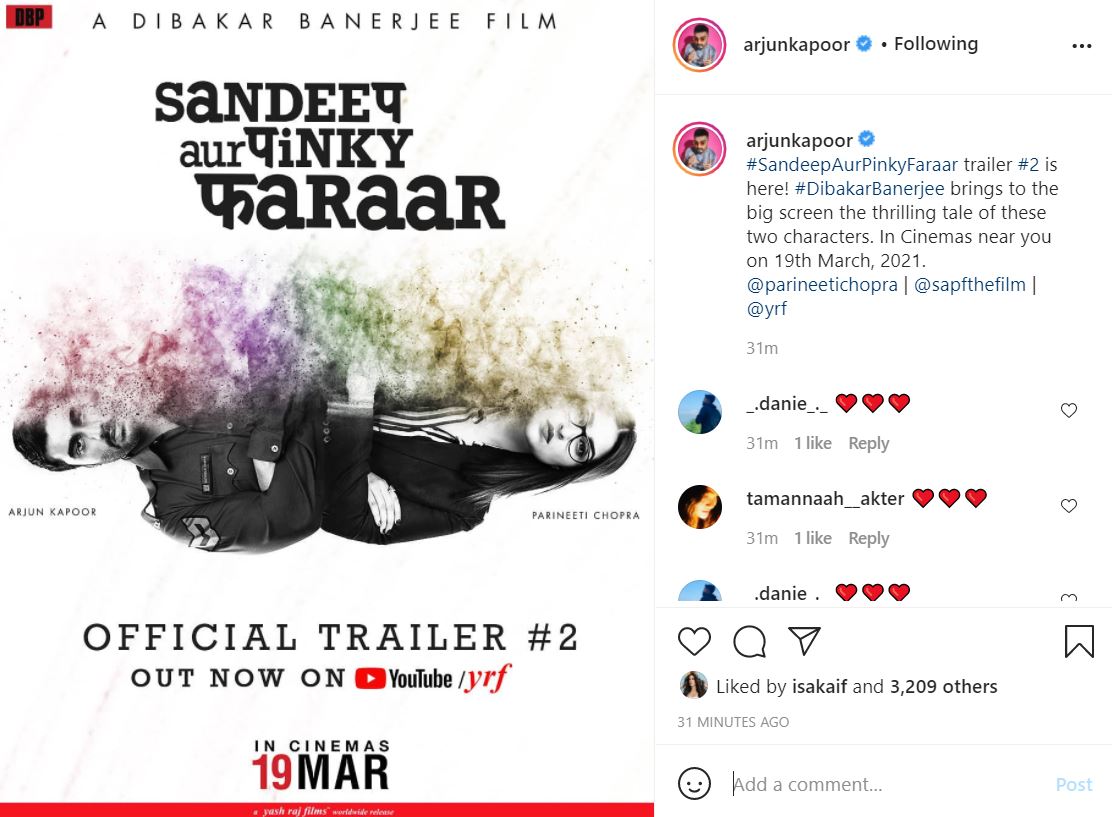 The nearly 2-minute-long trailer begins with Parineeti (Sandeep Kaur) asking Arjun (Pinky Dahiya) as to where he is going. To which he answers, “To jump in the well, do you wanna join?” This opening sequence establishes the love-hate relationship that the leading pair will have in the movie. It then proceeds towards showing the chaotic journey that the characters embark on in trying to cross the borders, with Arjun trying to kill Parineeti at the end of the nail-biting trailer.
In the movie, Arjun plays the role of a Haryanvi cop quirkily named Pinky, while Parineeti will essay the role of an ambitious girl from the corporate world named Sandeep, whose lives suddenly intertwine.
The film ‘Sandeep Aur Pinky Faraar’ is being helmed by Dibakar Banerjee and produced by Aditya Chopra. Besides Arjun and Parineeti, the film also features Archana Puran Singh, Sanjay Mishra, Neena Gupta, and Pankaj Tripathi. The film is slated to release on March 19, 2021. (ANI)