Salman Khurshid in trouble over Hindutva-ISIS comparison - The Daily Guardian 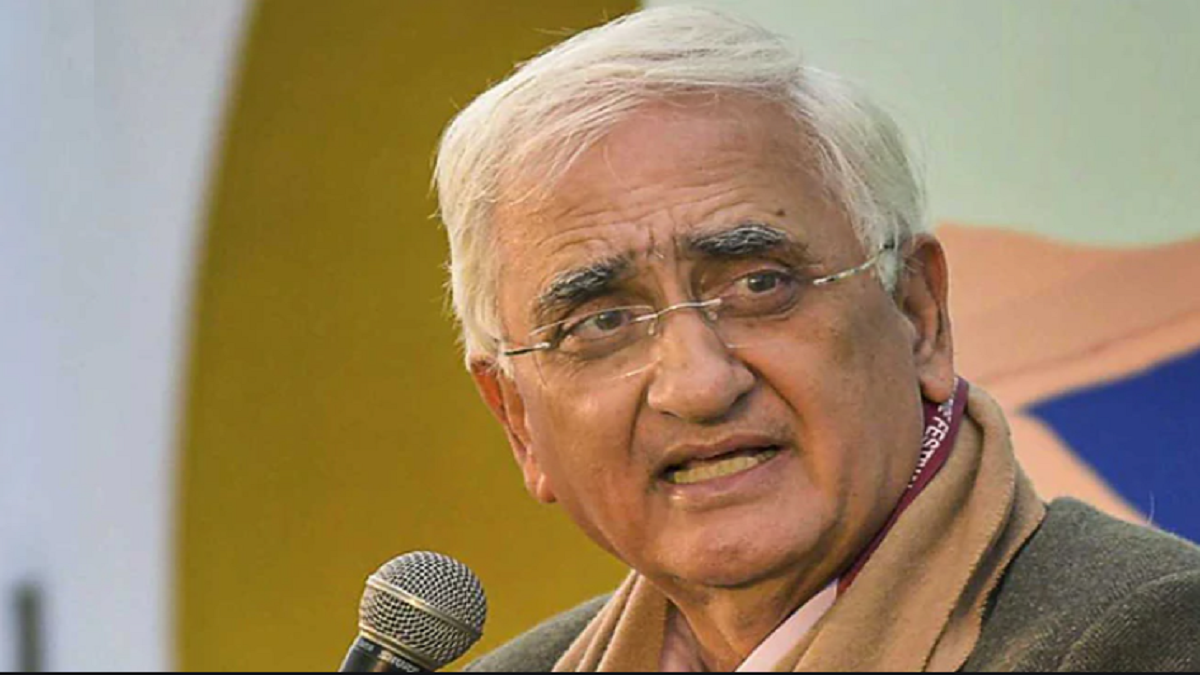 Senior Congress leader Ghulam Nabi Azad on Thursday criticised former Union Minister and Congress leader Salman Khurshid for the comments made in the latter’s book, Sunrise over Ayodhya: Nationhood in Our Times, even as two Delhi lawyers filed complaints with Delhi Police against Khurshid.

“We may not agree with Hindutva as a political ideology, but comparing it with ISIS and jihadist Islam is factually wrong and an exaggeration,” Azad said about a passage in Salman Khurshid’s book on the Ayodhya verdict. Khurshid is facing legal issues with the release of his book. Two Delhi lawyers have filed complaints with the Delhi Police against Khurshid, for allegedly defaming and comparing Hinduism with terrorism in his book.

Advocate Vivek Garg in his complaint is seeking to file a case against Khurshid. The complaint alleges that in Khurshid’s new book, which was released last week, Salman Khurshid has compared Hindutva to radical terrorist groups like ISIS and Boko Haram. Khurshid stated in his new book: “Sanatan Dharma and classical Hinduism known to sages and saints were being pushed aside by a robust version of Hindutva, by all standards a political version similar to the jihadist Islam of groups like ISIS and Boko Haram of recent years,” the complaint said.

“This reflects the true mindset of Congress as they try to legitimize the radical elements of ISIS by creating an artificial equivalence with Hindus. His statement printed in his book is itself self-explanatory and clearly discloses his commission of the cognizable offence. The language, intention of the said book authored by the alleged accused, is an open case of sedition, conspiracy to wage the war against India, promoting enmity between Hindus-Muslims, etc,” Garg’s complaint said.

Meanwhile, Advocate Vineet Jindal in his complaint said that the statement published in the said book is not only instigating and provoking but also stirring emotions among followers of the Hindu religion. “Our Constitution provides every citizen with the freedom of speech and expression but the misuse of this right is inexplicable when it threatens the honour and harmony of the country and provokes its citizens based on community and religion and threatens the security of the nation then it is considered as a grave offence. The contents of the statement made by the accused claim Hinduism to be equivalent to ISIS and Boko Haram, which are terrorist groups. It is a quite aggravating and defamatory statement for the whole Hindu community and also questions their values and virtues about society. The equivalence of Hinduism to ISIS and Boko Haram is perceived as a negative ideology Hindus have been following and Hinduism is violent, inhuman and oppressive,” Jindal’s complaint read.

The accused by making the above-cited statement in his book has committed offences under Sections153,153A, 298 and 505 (2) of the Indian Penal Code (IPC) which are cognizable offences and very serious, the lawyer’s complaint stated.

Sources said on Thursday that Congress general secretary Priyanka Gandhi Vadra, who is currently in the national capital, has cancelled her visit to Lucknow and is expected to meet Salman Khurshid.

Meanwhile, the BJP launched a scathing attack on Khurshid and demanded that the Congress sack him from the party. During a press conference, BJP spokesperson Gaurav Bhatia said the remarks not only “hurt the sentiments of Hindus but also deeply hurt the soul of India.”

Shiv Sena’s Priyanka Chaturvedi also slammed the Congress. “A book comparing Hindutva to terror outfits ISIS & Boko Haram, is an attempt to demonise Hindu religion that has only spoken of Vasudhaiva Kutumbakam. Half-baked information can get your book publicity, but unnecessary consequences of hurting sentiments of millions of Hindus. Shame,” she tweeted.

I PREFER TO REMAIN IN INDIA: DALAI LAMA