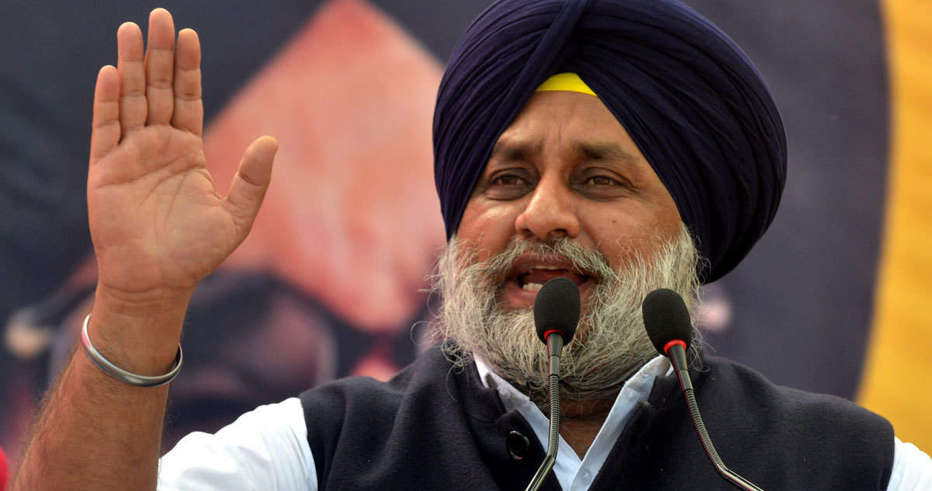 Shiromani Akali Dal (SAD) President Sukhbir Singh Badal today announced the party would appeal to the Punjab Governor to take action in the Rs 500 crore AAP excise scam besides filing complaints with the CBI and ED into kickbacks received by AAP from the liquor cartel in Punjab. Addressing a press conference here, the SAD President said “there should be a free and fair inquiry against all political leaders including Delhi deputy chief minister Manish Sisodia and MP Raghav Chadha as well as Punjab government officials who facilitated the scam”.

Asserting that AAP had followed the Delhi Model while framing the Punjab excise policy, Sukhbir Badal said, “Like, in the State of Delhi, nearly the entire liquor trade was handed over to two companies.” He said the profit margins of the two companies were doubled to facilitate a quid pro quo. “Hundreds of crores have been passed back to the AAP government in Punjab and the AAP high command in Delhi”. Giving details, Sukhbir Badal said while framing the new excise policy, the Punjab government had followed its AAP counterparts in Delhi. “It stipulated that each liquor manufacturing company would choose one licensee to sell its products in the State and that the L-1 licensee should not be a manufacturer in India or abroad. It also stated that L-1 licensees should have a turnover of at least Rs 30 crore per annum and should not have any stake in the retail market in Punjab, which took the Punjab liquor traders out of the race”. He said in the case of Punjab, the profit margin of the licensee also doubled from the earlier 5%to 10%.

Badal said the policy resulted in the handover of nearly the entire liquor trade to two companies—Brindco, owned by Aman Dhall, and Anant Wines, which was owned by the Mehra group. While MP Raghav Chadha spearheaded meetings with members of the two groups in a suite on the fifth floor of Chandigarh’s Hyatt hotel, two meetings were held at Sisodia’s residence on May 30 and June 6, which were attended by Punjab government officers including the Financial Commission and Excise Commissioner. He said the names of the private players who were called to fix the deals were kept secret, with Sisodia referring to them as Mr. Mango and Mr. Cucumber during the meeting with Punjab government officials.