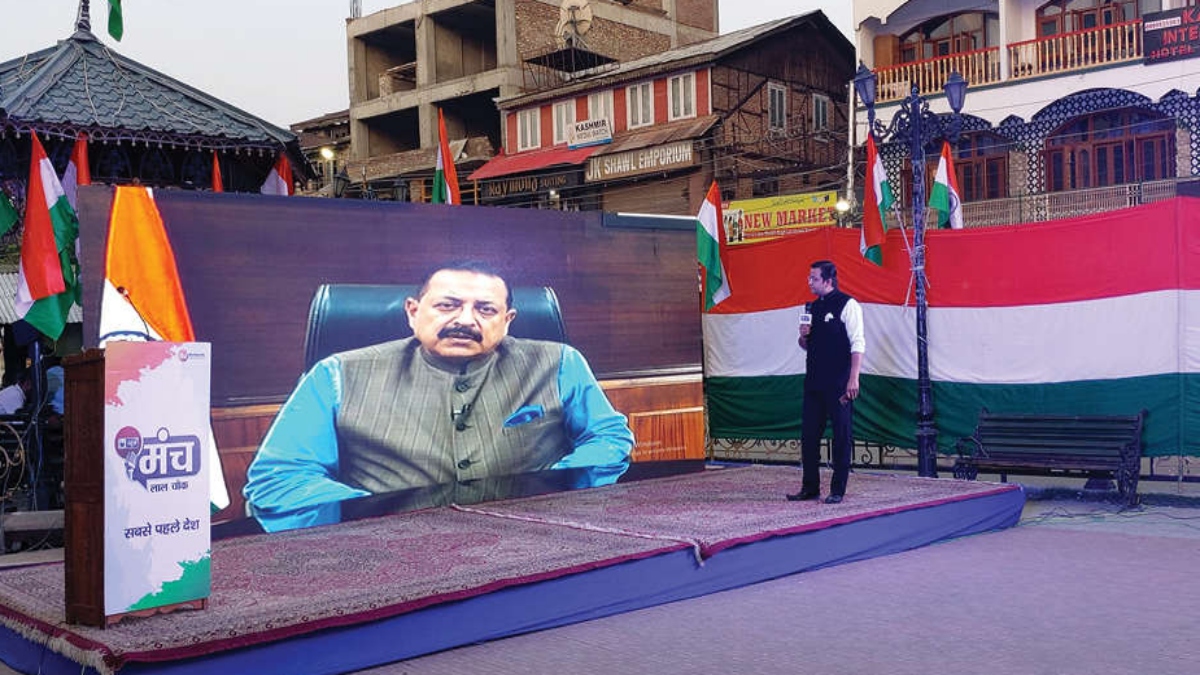 The emblematic backdrop of the Clock Tower in Srinagar’s Lal Chowk was a host to history in the making. The first-ever live televised conclave from this venue, ‘The Lal Chowk Manch’, was telecasted on India News and NewsX and carried live across nine other regional channels operated by the iTV Network.

‘The Lal Chowk Manch’ began with a tribute to ‘Kashmiriyat’ and the momentum building for a ‘Naya Kashmir’. The conclave brought together the who’s-who of voices from New Delhi via remote-link, local political and business leaders, entrepreneurs, and all stakeholders in the future of the state. Union Minister Jitendra Singh, Jammu and Kashmir DGP Dilbag Singh, Jammu and Kashmir former DGP S.P. Vaid, and former Army Chief Gen J.J. Singh addressed the conclave podium.

This was the first time in the history of independent India that a live summit-level telecast was held from Lal Chowk in Srinagar. Tributes were paid to the Indian Army and the Jammu and Kashmir Police for creating a secure atmosphere that made this possible.

The Union Minister said, “Har Ghar Tiranga is a matter of pride for all Indians. It is a way of connecting with our heritage. The flag belongs to all Indians, irrespective of religion or political affiliation.”

Former Army Chief Gen said, “China will continue its attempts to take over ‘claimed’ territories. India must not let go of the belief that if it tries a soft approach vis-a-vis the Chinese, the latter will agree to stay within limits. The Hindi-Chini bhai-bhai push of 1954 was India’s biggest mistake.”

Former Jammu and Kashmir DGP said, “The fact that you’re able to do a live telecast is an example of new hope for Kashmir. What you’re seeing today is vastly different from what Kashmir was once. Tourism is booming, seven medical colleges have been made, AIIMS, IITs, IIMs are all coming to Kashmir, there’s almost 50 thousand crore worth of investment, and a UAE delegation visited, all of this is creating a new hope for Kashmir. Slowly the next generation will be able to harness these opportunities and get a new direction in life.”