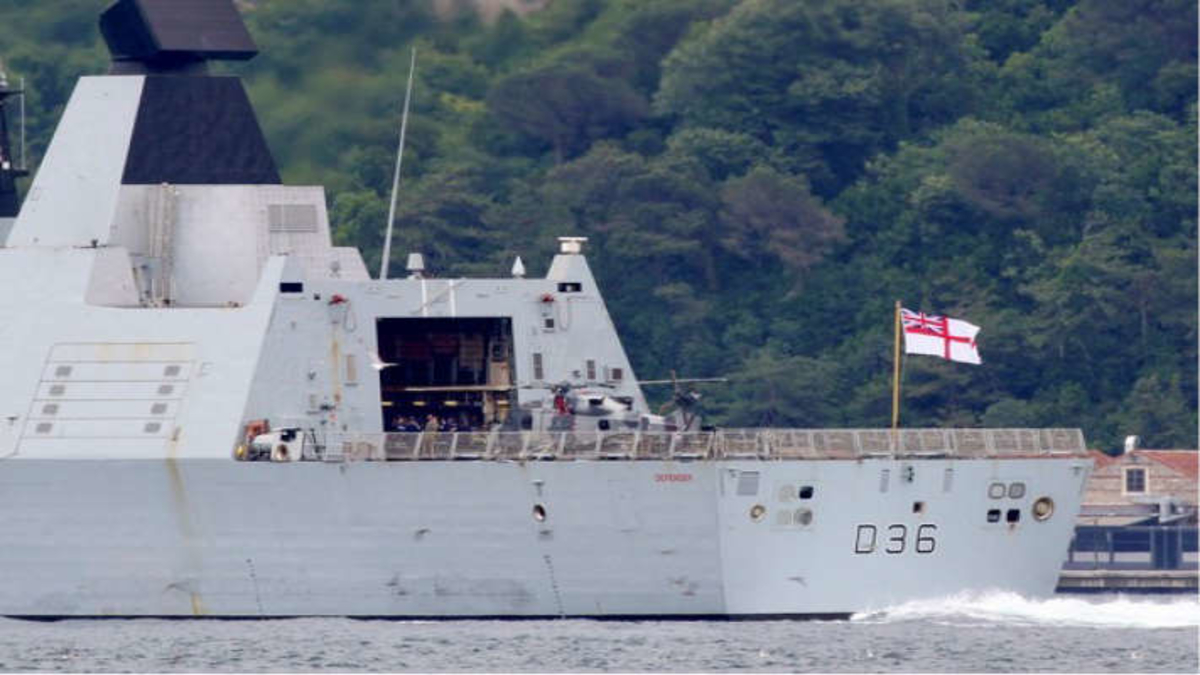 “At 11:52 am on 23 June, the HMS Defender of the British Royal Navy, operating in the northwestern part of the Black Sea, violated the border and entered three kilometres into Russian territorial waters in the region of Cape Fiolent,” the Russian Ministry of Defence said in a statement. According to the military, the British warship was warned that deadly force would be used if it violated Russia’s borders. The ship was said to have ignored the warning, Sputnik reported.

“At 12:06 and 12:08, a border patrol vessel carried out warning shots. At 12:19 a Su-24M carried out a warning bombing run using 4 OFAB-250 (hihgh-explosive fragmentation) bombs at the HMS Defender’s path of movement. At 12:23 the combined actions of the Black Sea Fleet and the Border Forces of the FSB forced the HMS Defender to leave the territorial waters of the Russian Federation,” it further said.

Meanwhile, the UK, while denying any warning shots were fired, said its warship was conducting an “innocent passage through Ukrainian territorial waters in accordance with international law.”

“We believe the Russians were undertaking a gunnery exercise in the Black Sea and provided the maritime community with prior warning of their activity. No shots were directed at HMS Defender and we do not recognise the claim that bombs were dropped in her path,” tweeted the UK Defence Ministry. 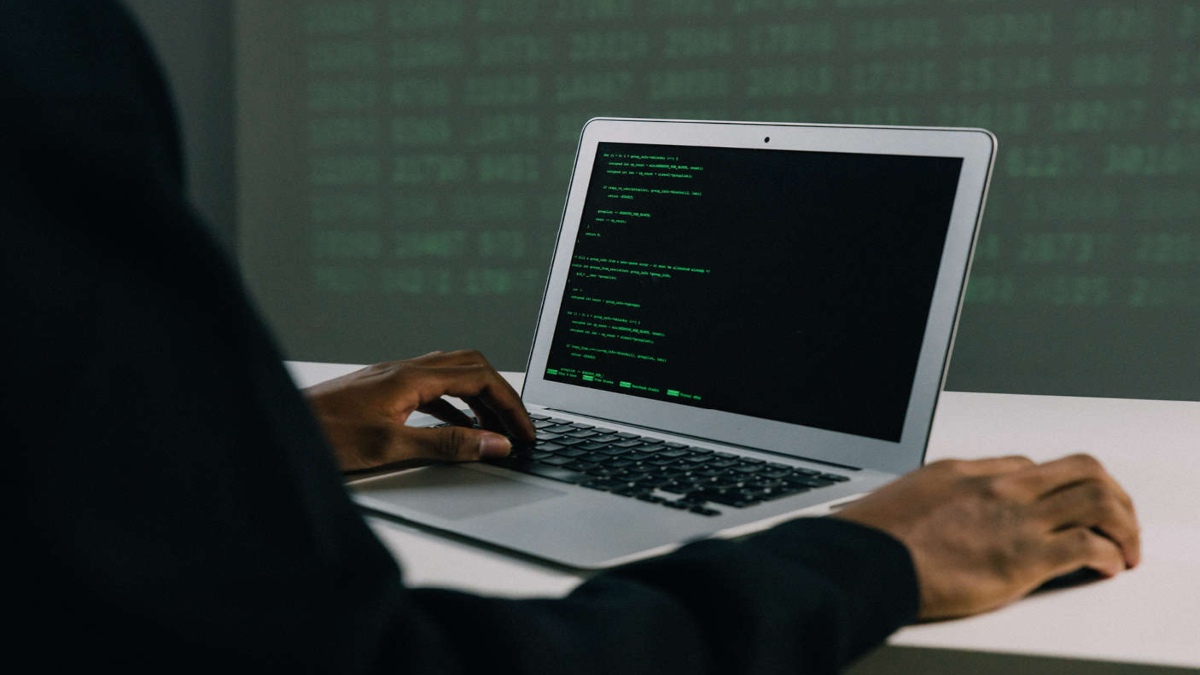 Israeli authorities have inspected the offices of NSO Group, a surveillance outfit, in response to the Pegasus project investigation into abuses of the company’s spyware by several government clients, as per The Guardian report.

Officials from the Defence Ministry visited the company’s offices near Tel Aviv on Wednesday, at the same time when Defence Minister Benny Gantz arrived in Paris for a pre-arranged visit. Gantz discussed the Pegasus revelations with his French counterpart.

French President Emmanuel Macron is one of the high-profile figures whose phone numbers appeared on a leaked database of 50,000 numbers that are believed to have been selected as candidates for possible surveillance by the clients of NSO, as per the report. Macron spoke to Israel Prime Minister Naftali Bennett last week to stress the importance of “properly investigating” the project’s findings.

According to early media reports, the moves on NSO’s offices were described as a raid but the company stated that the authorities had only “visited” and not “raided” its premises.

The NSO clarified that it had been informed in advance that Defence Ministry officials, responsible for overseeing commercial exports of sensitive cyber-exports, would be doing an inspection. “The company is working in full transparency with the Israeli authorities,” the report added.

The Defence Ministry tweeted that the visit conducted by several state bodies was related to disclosures stemming from the Pegasus project — a consortium of 17 media outlets, including The Guardian, which revealed last week that government clients around the world have used the hacking software sold by NSO to target human rights activists, journalists, and lawyers.

As the scale of the disclosures has become clearer, diplomatic pressure has mounted on Israel to explain the nature of the relationship between NSO and the state under the tenure of former Prime Minister Benjamin Netanyahu, the report stated.

The wider Pegasus project investigation found that the Israeli government gave the NSO explicit permission in 2017 to try to sell the hacking tools to Saudi Arabia in a deal reportedly worth at least $55 million, the report added.

Gantz told French Defence Minister Florence Parly, on Wednesday, that Israel is investigating the matter “with the utmost seriousness”, as per a statement from the Israeli Defence Ministry. 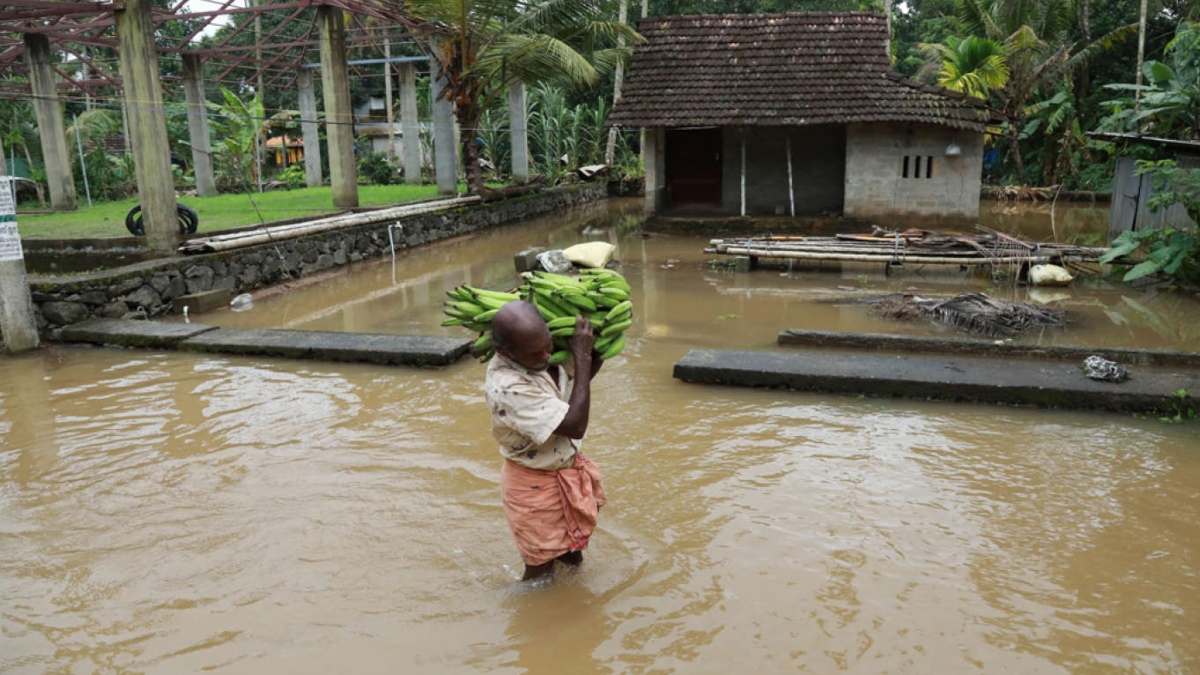 DHAKA: Owing to the monsoon floods and landslides, 300,000 people in villages across southeast Bangladesh have been cut off, and at least 20 people have been killed including six Rohingya refugees, said officials.

Rohingya refugees living in camps have been battered by torrential rain since Monday. The officials informed, “The floods have stranded some 306,000 people in Cox’s Bazar district. At least 70 villages have been submerged by floods,” Mamunur Rashid, the district administrator, told AFP. He added, “At least 20 people have died in floods and landslides including six Rohingya refugees.” Also, about 36,000 people have been moved into schools and cyclone shelters, they added.

Bangladesh evacuated 10,000 Rohingyas from around refugee camps in Cox’s Bazar because of the storms earlier this week.

As per aid workers, Covid lockdown in the camps, following a major spike in cases, has affected rescue work as access is restricted.

For all I care, you can die any time, Philippine President’s message to unvaccinated people 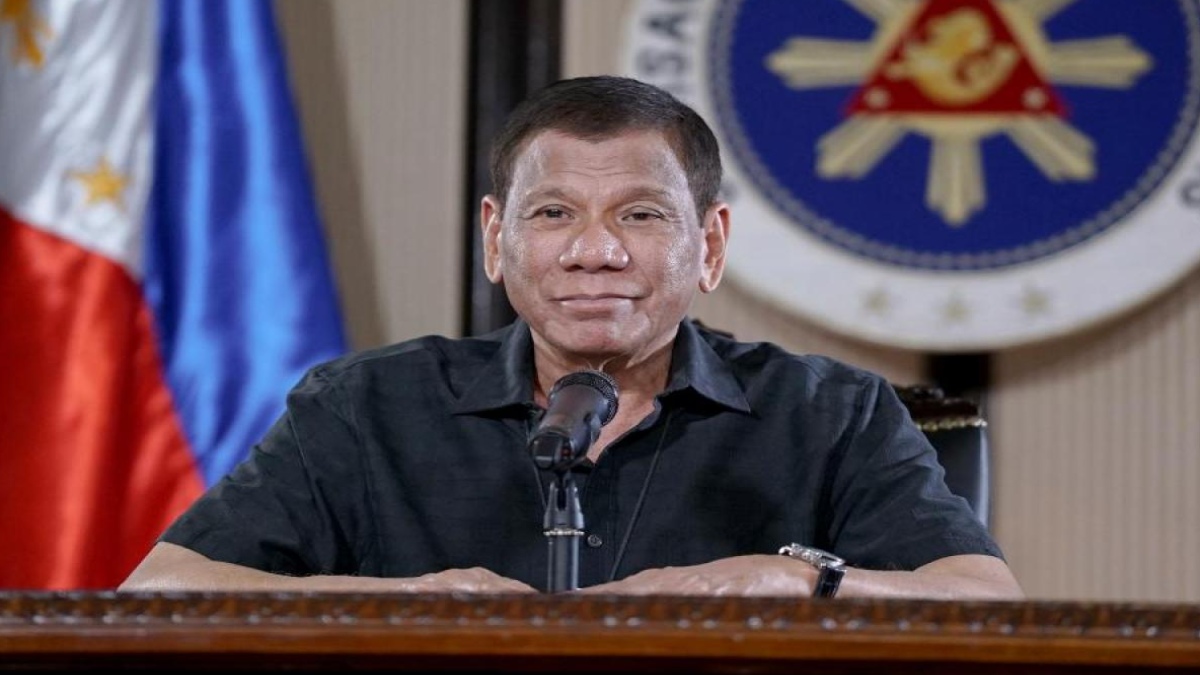 MANILA: The President of the Philippines said that he doesn’t care if people who deny the Covid-19 die from the virus. In a national address on Wednesday, Rodrigo Duterte said: “For those who do not want it, well, for all I care, you can die anytime.”

Only 6% of the country is vaccinated, as per Reuters. Duterte previously threatened to jail people who refuse to get a coronavirus vaccine. Supply delays have also slowed the vaccination rate in some parts of the country, as per Bloomberg report. 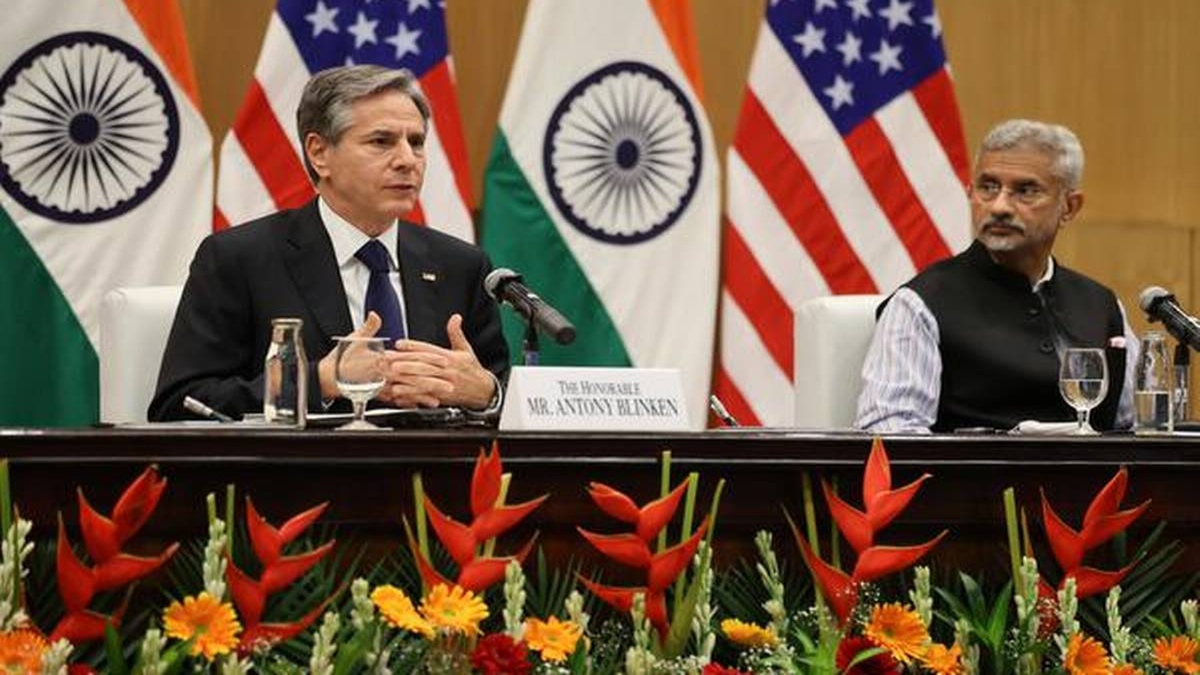 NEW DELHI: The US Secretary of State Antony Blinken said, on Wednesday, that Afghanistan would become a “pariah state” if the government (after Taliban takeover) commits atrocities against its population.

Blinken said, “An Afghanistan that does not respect the rights of its people, an Afghanistan that commits atrocities against its people would become a pariah state,” as per TOLO News report. He added that the violence carried out by the Taliban against the Afghan people was deeply troubling and not a good sign for the future of the country.

“What we were seeing on the ground in the last week is the Taliban making advances on district centres, challenging some provincial capitals,” Blinken said and added, “we have also seen these reports of atrocities committed by the Taliban in areas that it has taken over that are deeply, deeply troubling and certainly do not speak well of the Taliban’s intentions for the country as a whole.” Blinken was on a two-day visit to India for talks with Indian leaders. He said the only path to peace in Afghanistan is through negotiations. – 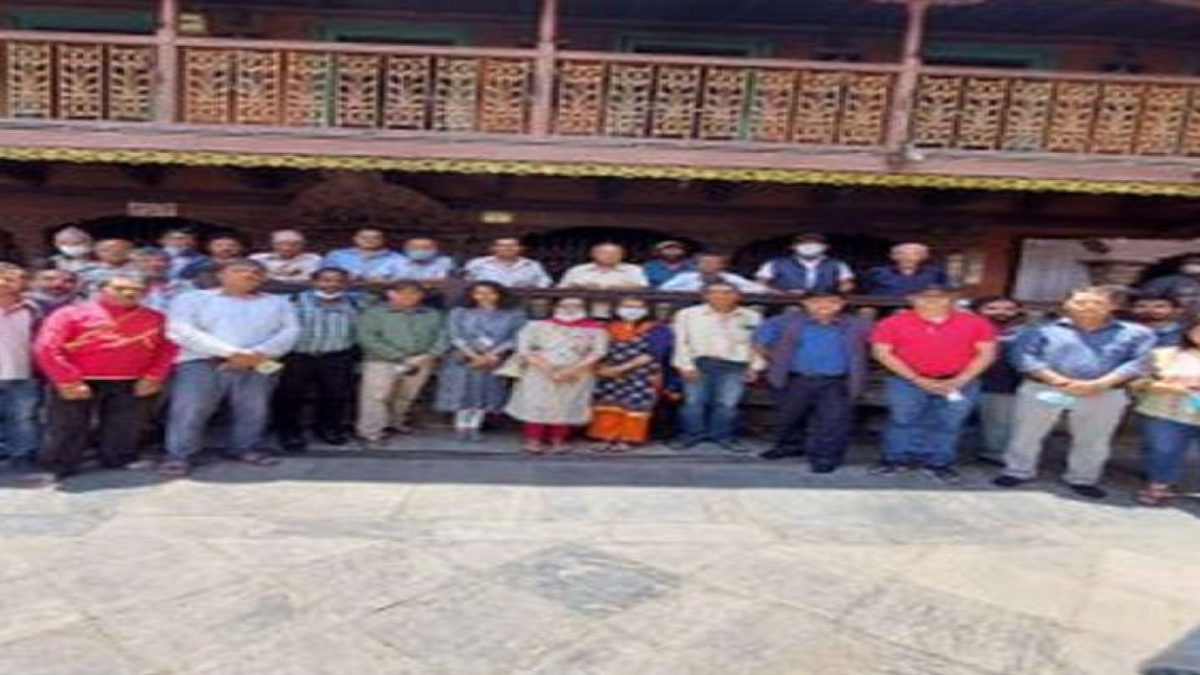 Repair work of Nepal’s Hiranyavarna Mahavihar and Digi Chhen temple, which is one of the cultural heritage sites in the Himalayan country, began on Thursday. This restoration work has been funded by India.

It is part of the 28 cultural heritage projects being undertaken under the Indian government grant assistance of $50 million for Post-Earthquake Reconstruction and Rehabilitation of cultural heritage sites in Nepal.

“The Mahavihar (temple) is being reconstructed at a cost of Nrs (Nepali Rupees) 181 million,” informed Indian Embassy.

The puja was attended by officials from the Embassy of India in Kathmandu, the Central Level Project Implementation Unit and the government of Nepal. Seven cultural heritage projects are being reconstructed in the Lalitpur district, of which work on five projects are ongoing. Hiranyavarna Mahavihar, popularly known as the Golden temple, is situated in the monument zone of Patan Darbar square.

India and the United States have signed the Second Amendment to the statement of Guiding Principles on Triangular Cooperation for global development, says the Ministry of External Affairs.

The Ministry of External Affairs (MEA) announced on Friday that India and the United States have signed the Second Amendment to the statement of Guiding Principles (SGP) on Triangular Cooperation for global development, .

As per the MEA release, the amendment was signed by Abhilasha Joshi, Joint Secretary, Development Partnership Administration-II Division, Ministry of External Affairs of India and Karen Klimowsky, Acting Mission Director for the United States Agency for International Development (USAID) in India. The SGP Agreement, signed in November 2014, underscores the contribution of the India-US partnership to global stability and prosperity. It provides a framework for promoting cooperation between the two countries to meet the developmental aspirations of partner countries, particularly in Asia and Africa.

“The Second Amendment to the SGP Agreement, signed today, extends the validity of the SGP Agreement up to 2026. It expands the scope of capacity-building activities undertaken jointly by India and the United States under this framework and also provides a consultative mechanism for joint biannual monitoring and review of activities undertaken under the SGP,” stated the MEA release.

The agreement helps fulfil the joint commitment of both nations to work together and leverage their combined capacities to provide a demand-driven development partnership. This cooperation with the US will complement India’s other ongoing and future development partnerships, capacity building and technical assistance with countries globally.