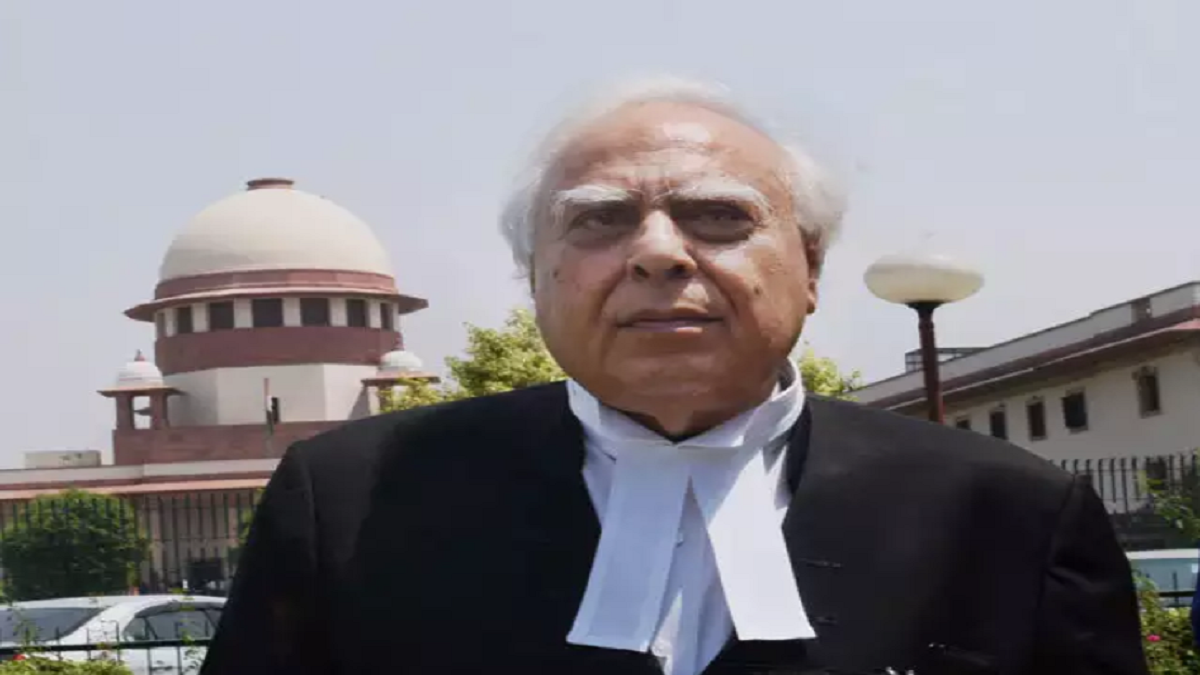 Bar Council of India (BCI), All India Bar Association (AIBA) and certain senior advocates on Monday showed displeasure with Rajya Sabha MP and senior advocate Kapil Sibal over his remarks against the Supreme Court and Judiciary.

Senior advocate and Rajya Sabha MP Mahesh Jethmalani told ANI, “He must be speaking for small group of people who expect the Supreme Court to give decisions as per them. He is a senior lawyer, I am surprised he made such remarks. Judgements can be criticised but institutions should not be denigrated.” He added, “One can have ideological differences, but one should hold the institution in high esteem, that is a duty being a lawyer and a parliamentarian.”

Senior advocate Manan Kumar Mishra, Chairman, BCI told ANI, “It is very unfortunate that Sibal has passed such a remark. He is a stalwart in the legal field and also a former Law Minister. Losing two to three important cases doesn’t mean, one has the right to target the judiciary. Judiciary is a free and independent institution. It should not be attacked. If you are taking weak cases and later lose them in Court of law, you can’t blame judges and judiciary.”

Sibal criticised the Supreme Court for dismissing the plea filed by Zakia Jafri, widow of former Congress MP Ehsan Jafri, challenging the clean chit given by the SIT to Prime Minister Narendra Modi and several others in the 2002 Gujarat riots; upholding the provisions of the PMLA which give vast powers to the ED; and dismissing a plea filed in 2009 seeking an independent probe into alleged incidents of extra-judicial killings of 17 tribals by security forces during anti-Naxal operations in Chhattisgarh.

Meanwhile, the AIBA through a press statement has termed statement of Sibal as “contemptuous” lamenting that he has lost hope in the Indian judiciary. Dr Adish C. Aggarwala, senior advocate and chairman of AIBA said, “Courts decide cases by applying the law to the facts presented by cases before them. They owe allegiance to the Constitution and none else.”

Senior advocate Dr Aggarwala said, “Criminal cases which were instituted by the then Governments as a political witch-hunt, where detailed investigations have been carried out but failed to disclose any evidence, had to be given a burial and if that has happened, no fault can be found with the judicial system. Courts are not to deliver judgments hanging people just to assuage the feelings of a certain community.”

“A robust system is insulated from sentiments and is influenced only by the law. Sibal is a seasoned senior advocate. It does not behove him to decry judges and judgments just because the courts did not agree with his or his colleagues’ submissions. It has become a trend that when a case is decided against someone, that person starts denouncing judges on social media alleging that the judge is biased or the judicial system has failed. This is wholly contemptuous and coming from someone of the standing of Sibal who was also President of the Supreme Court Bar Association, it is unfortunate too. If cases have not been decided to the liking of Sibal, it does not mean that the judicial system has failed,” he said. “Sibal is an integral part of the justice dispensation system. However, if he feels a loss of hope in the institution, then he is free not to appear before the courts,” added senior advocate Dr Aggarwala.

Advocate Abhinav Sharma, former President of J&K High Court Bar Association Jammu said, “I am shocked to hear this, CJI is master of the roster. If he has doubts, he could have registered his doubts with the court. Congress is speaking baseless; I will remind you that one of the great judges Justice Krishna Iyer wrote that when he was called by Indira Gandhi’s associate that Madam wants a specific order. This didn’t happen now, no one said so. Sibal should read the biography of Justice Iyer. If Sibbal has no faith in Supreme Court, he should leave this profession.”