RICHA PENS ABOUT THE DARK SIDE OF BOLLYWOOD - The Daily Guardian 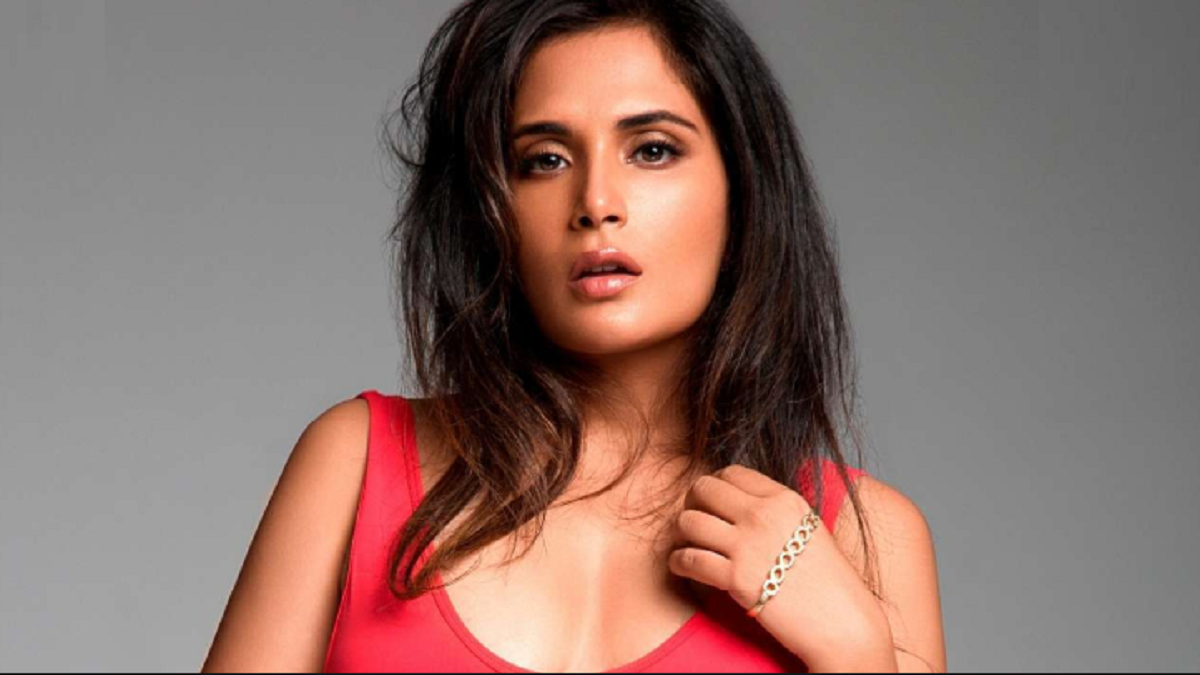 NEW DELHI: Richa Chadha, known for her bold and outspoken personality, recently penned down the reality of the “imaginary” Bollywood.

The ‘Madam Chief Minister’ actor on Tuesday took to her Instagram Story and posted a write-up, exposing the detrimental things one can be fooled to do in the film industry. Without taking names, Richa described her experience when she was naive and people would take advantage of that.

“’Bollywood’, an imaginary address between Bandra and Goregaon. Here when people need you to do something that’s detrimental to you/your health/your career, they’ll tell you how good it is for you and be confident that you’ll believe them. I used to believe them when I was naive,” she wrote.

Richa also called out the hypocrisy of some “press peeps” in their approach towards nepotism in the industry.

“Some press peeps will write long pieces about how nepotism ruins the industry while creepily following every pre-pubescent with a famous last name, and dissing any self-made professional in their mediocre writing, on the pretext of ‘freedom of expression’,” she added.

Richa ended her post with a statement, much more in the form of a warning. “Must reform faster, if it has to survive the onslaught of OTT, VR and everything in the future. Plz smell the coffee,” she signed off.

Meanwhile, on the work front, in March 2021, Richa and her rumoured beau Ali Fazal announced the launch of their production house Pushing Buttons Studios. Their first film as producers, ‘Girls Will Be Girls’, is all set to be directed by Suchi Talati.

The upcoming movie is set in an elite boarding school in a small Himalayan hill town in northern India and will follow the story of a 16-year-old girl, whose rebellious coming-of-age is hijacked by her mother who never got to come of age. 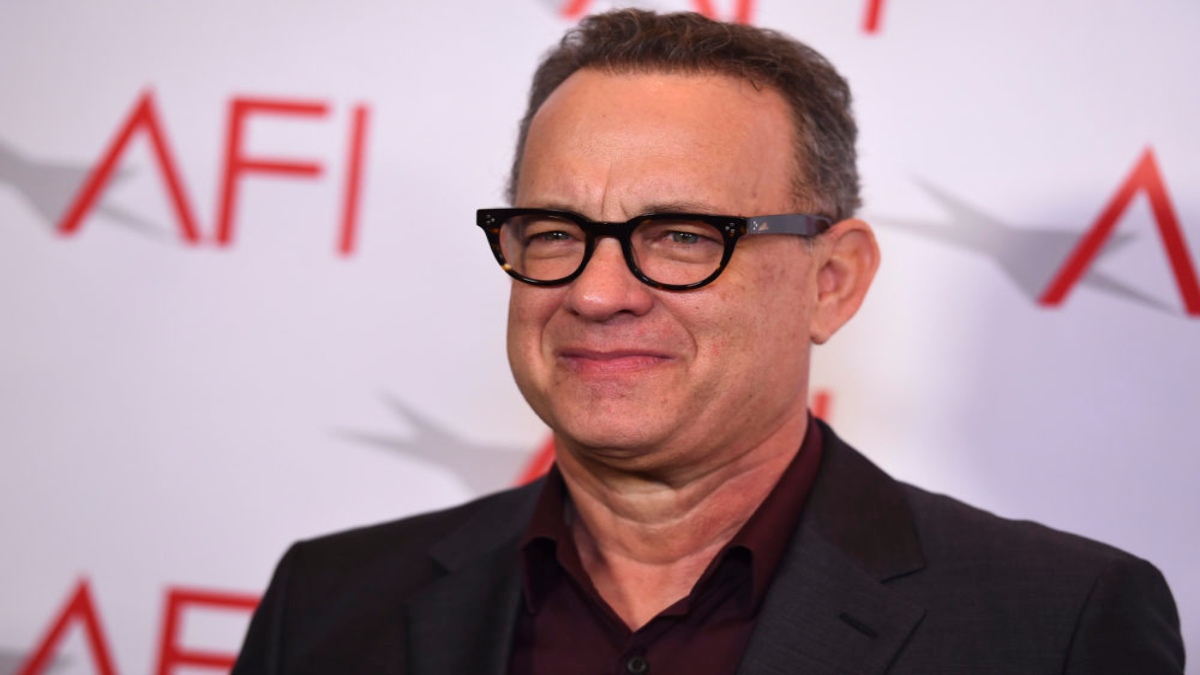 WASHINGTON: The first official full trailer of Hollywood star Tom Hanks’ upcoming sci-fi adventure movie ‘Finch’ has recently been dropped by Apple TV+, where it will premiere on November 5.

The movie narrates the story of a lone survivor of a global apocalypse who has embarked on a dangerous journey to find a new home for his unlikely family, a dog and a newly created robot. Hanks has portrayed the titular character, a robotics engineer, who is the only survivor of a solar event. Finch creates the robot named Jeff (Caleb Landry Jones) to take care of his loyal companion, dog Goodyear, when he’s gone.

The almost 3-minute trailer of ‘Finch’ begins with Hanks’ character saying “It all happened so fast. There was a solar flare. Goodbye crops and food, goodbye everything,” as scenes of a deserted, dystopian America pass by. “So I hid, frightened and so alone, and I found you,” he continues, addressing the sweet dog.

After Finch develops the robot Jeff, it learns its purpose (“Robots must protect dog”), the trio then set out west, embarking on a treacherous journey to beat a deadly storm to safety. “If we don’t go before that storm hits, we’ll die. All of us,” Finch says in the trailer.

During the journey, they experience some lighthearted moments on the road, Finch teaching Jeff how to drive, Jeff learning how to “talk dog”, all while the pressures of the post-apocalyptic world seem to be closing in. Along the way, they navigate through extreme weather phenomena, merciless heat, UV radiation, and other unexpected challenges.

SOHA REMEMBERS HIS FATHER ON HIS DEATH ANNIVERSARY 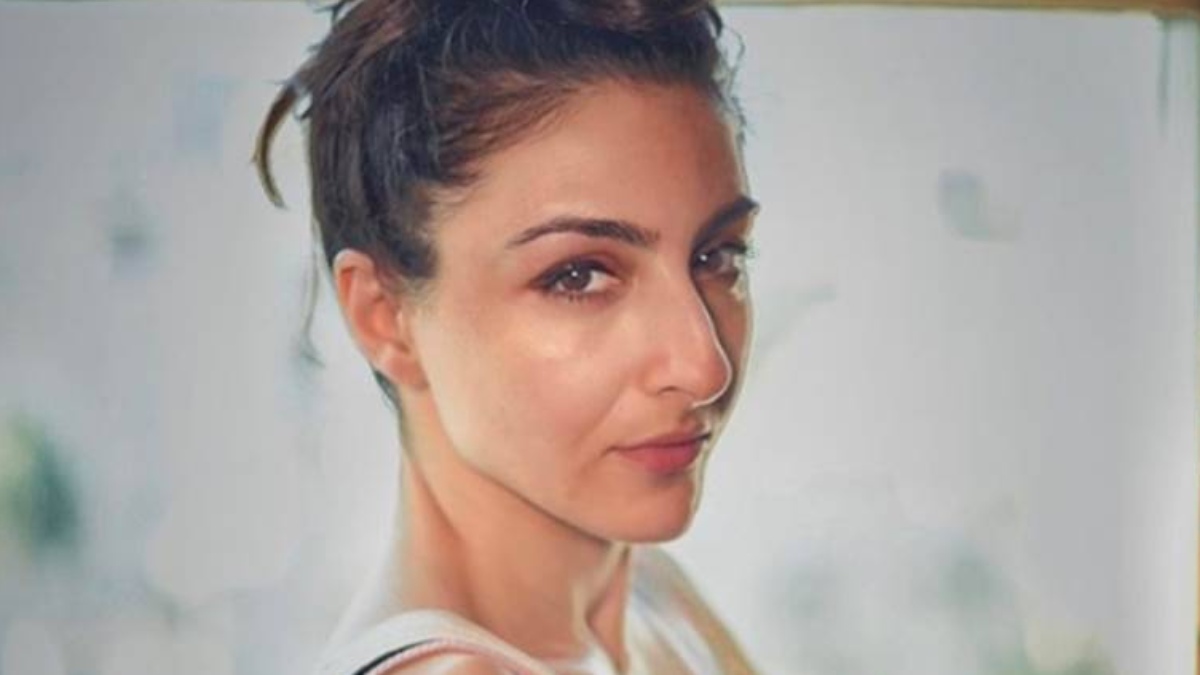 Taking to Instagram, Soha, who is currently spending time at her grand ancestral property Pataudi Palace, posted a picture of her and her little daughter Inaaya lovingly looking at the photo frames of late Mansoor Ali Khan Pataudi kept on a table. The prayer set-up was decorated with lit candles and a cricket bat.

“Abba . 05.01.1941 – 22.09.2011,” Soha captioned the heartwarming post. Mansoor Ali Khan Pataudi and veteran actor Sharmila Tagore’s elder daughter Saba Pataudi also penned an emotional note on social media. “Abba…..I miss you every day and know you watch over me. It doesn’t feel like a decade since you left us… only just yesterday. You’ll stay in our hearts forever. Love you always,” she wrote on Instagram. 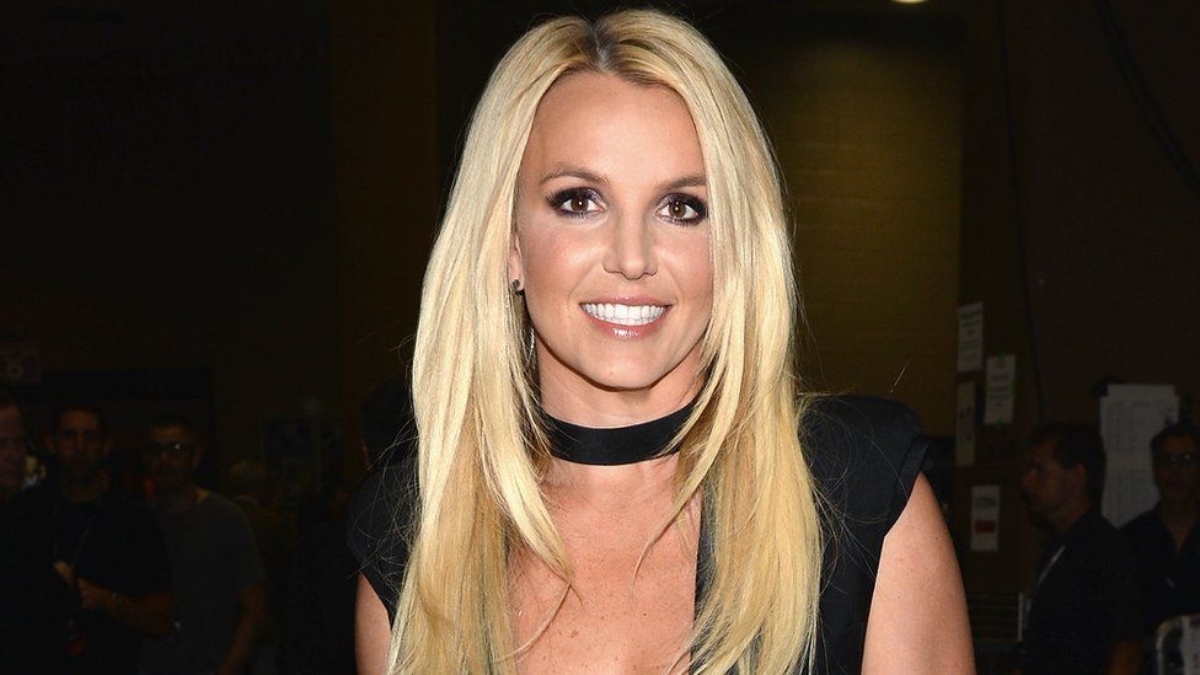 On Wednesday, Netflix unveiled the project’s official teaser, wherein Britney is heard leaving a message for an attorney in 2009. For the unversed, Britney’s conservatorship began in 2008 after the singer had several mental breakdowns publicly. Her father Jamie Spears served as both a conservator of her estate and person for more than a decade, but, in 2019, he temporarily stepped down as manager of her person due to his own health issues. Jodi Montgomery temporarily took his place for the past two years. And earlier this year, Britney and her lawyer filed the official court petition to request the removal of Jamie as conservator of the songstress’ estate.

Titled ‘Britney vs Spears’, the clip features a voicemail left by Britney to her lawyer at 12:29 a.m. on January 21, 2009, reports The Hollywood Reporter.

“Hi, my name is Britney Spears. I called you earlier. I’m calling again because I just wanted to make sure that during the process of eliminating the conservatorship..,” she can be heard saying the teaser. The 18-second teaser has created curiosity among social media users. “This is gonna be SO good!!! And right before the next court date! More s**t is gonna come out. I can feel it,” a netizen commented. “Omg! It’s happening. Can’t wait to see it,” another one wrote. The upcoming project is directed by Erin Lee Carr.

‘BHOOT POLICE’ IS VERY CLOSE TO MY HEART: SAIF 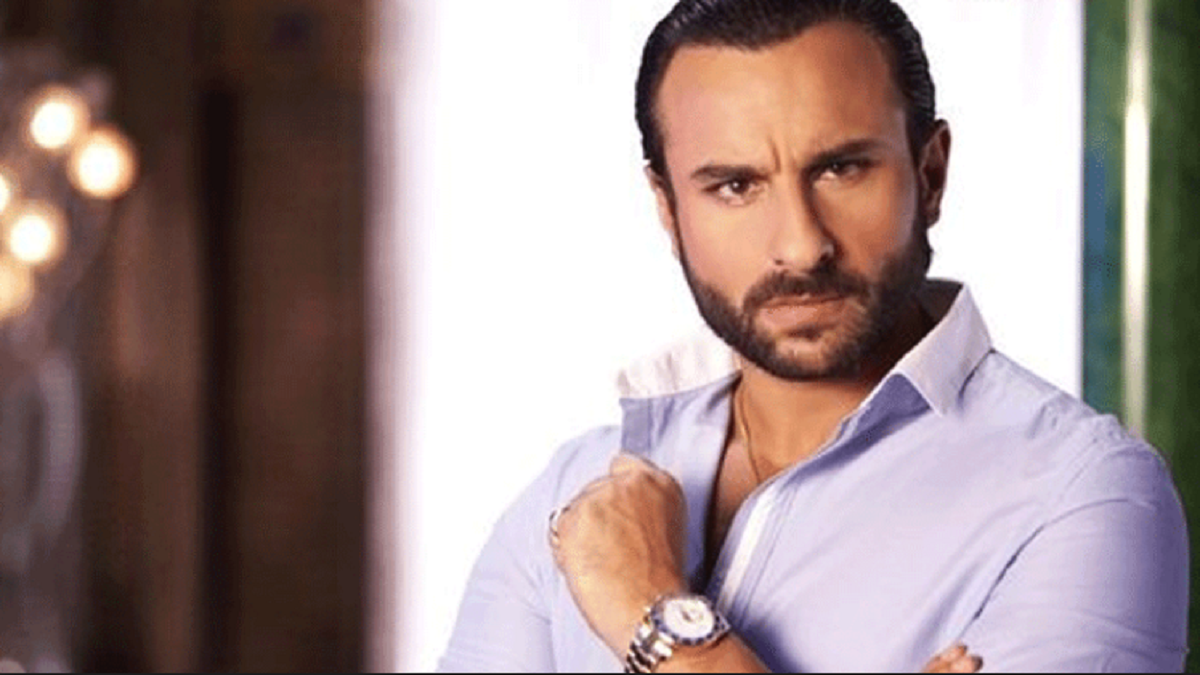 MUMBAI: The recently released horror-comedy Bhoot Police starring Saif Ali Khan, Arjun Kapoor, Jacqueline Fernandez and Yami Gautam has been receiving love from all quarters. The film serves a tasteful dose of humour packed with nail-biting horror. Saif’s performance has received rave reviews and the critics have praised him for bringing in a different energy to the film and its storyline. His impeccable comic timing coupled with a unique sense of style and acting prowess has always made for a great combination for genre-defining movies like Bhoot Police.

Commenting on the appreciation for his role, Saif Ali Khan said, “There are certain scripts that you read and fall in love with immediately because you see the potential they hold. You find it important that it gets made in a certain way because you have a lot of hope with that kind of script. Bhoot Police is certainly one of them! This is a movie that is very close to my heart. I want to thank everyone associated with the film – especially the producers Ramesh Taurani and Jaya Taurani for identifying and agreeing with me on the potential of this idea, and of course, Pavan Kirpalani for bringing the movie to me and standing by me. I would also like to thank my co-actors Arjun, Yami and Jacqueline – Arjun especially, because we were in it together from the beginning and it was a lot of fun jamming with him on our scenes together. Thank you everybody for all the love and happiness. Success is measured in strange and different ways. And especially in today’s times, in a pandemic, I think we can really call this a success and a feather in our caps.”

He also thanked his fans and supporters and said he is very excited as they already started working on its sequel.

MUMBAI: Actress Sara Ali Khan, who is currently vacationing in Kashmir, has met a few Indian Army men there.

Taking to the Instagram Story, Sara posted a picture of herself standing next to the soldiers with the tricolour flying high in the backdrop. She also thanked them for keeping everyone protected. “So thrilled to meet the heroes that make us feel safe, secure and protected. Thank you for all that you do for us. Jai Hind,” Sara captioned the post.

It seems like Sara is in complete holiday mode as prior to Kashmir, she visited Ladakh and Maldives. She was in Ladakh with actress Radhika Madan and singer Jasleen Royal. On her Maldives trip, she went to the ocean paradise with her mother Amrita Singh and her best friend Sara Vaisoha.