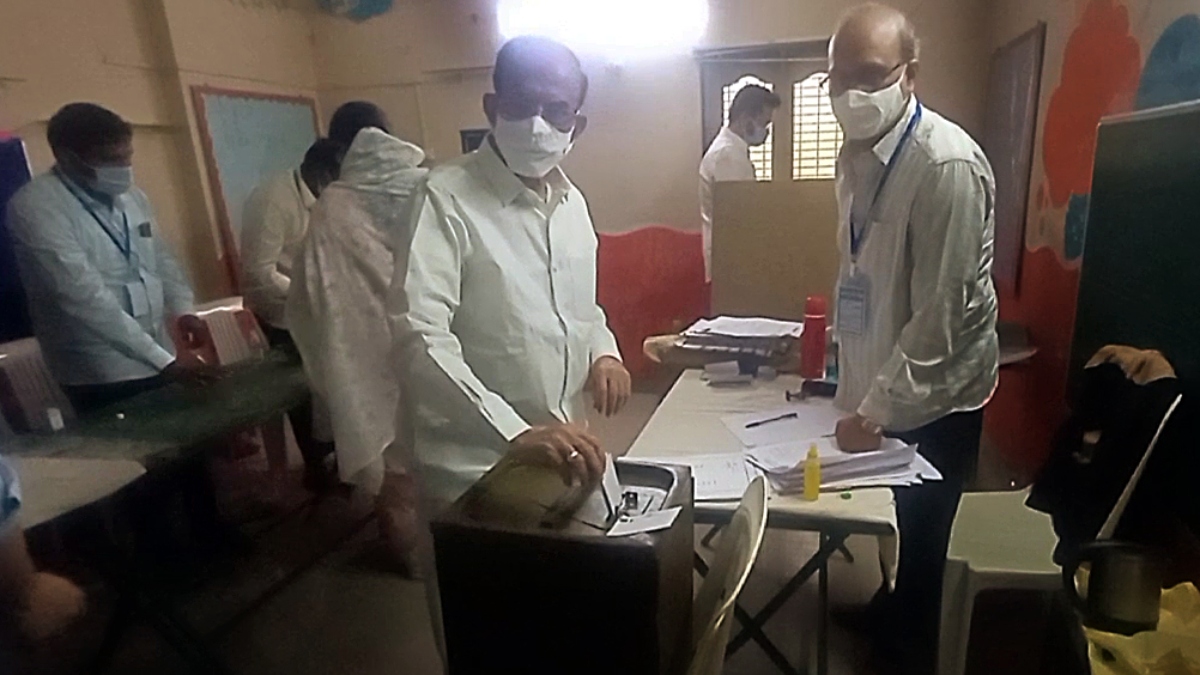 But that didn’t change anything. In the 2016 elections too, 45% voting was recorded. At the close of polling at 6 pm, only around 42% of the 74.67 lakh voters exercised their franchise, according to tentative estimates of the Telangana State Election Commission (SEC) authorities.

Sporadic incidents of cash distribution by the ruling TRS were reported from various places of the city from Malakpet to Kukatpalli. BJP activists caught the people who distributed money, but no action has been taken so far. “Fear of Covid-19 might have forced many people to stay away from polling, because day in and day out, the health department has been cautioning the people about the spread of the virus in public places,” a political analyst told The Daily Guardian. There are 5.82 lakh software professionals in Hyderabad; 80% of them were away from voting, sources said.

The SEC ordered for repolling for old Malakpet ward due to change of party symbols in the elections. Repolling will be held on 3 December from 7 am to 6 pm in all the 69 polling stations by replacing the Returning Officer too for printing a wrong symbol against the name of a CPI candidate in the ballot paper. Indelible ink would be applied on the left-hand middle finger during the repoll. With re-poll for one GHMC ward due, the SEC has also banned telecast/broadcast of exit polls till 6 pm on 3 December.

BJP state president Bandi Sanjay accused the ruling Telangana Rashtra Samithi of deliberately ensuring low polling percentage hoping to get advantage. He said that the government has used the police to threaten people. Pradesh Congress party working president Ponnam Prabhakar said: “They ignored the real issues of the people and talked about non-serious issues, as a result of which the voters did not evince much interest.”

Despite GHMC/SEC claims of issuing voter slips to the electorate, several voters reaching polling stations complained of not receiving the slips in several polling stations in Moosapet and Kukatpally circles. At Patancheru, BJP candidate alleged the TRS was trying to influence voters on the polling day. In Bharati Nagar, BJP candidate Godavari Anji Reddy caught voter slips being distributed with car symbols. The symbol of car was exhibited on sanitisers kept in the polling booths, she alleged. In Chaitanya Nagar, BJP and Congress cadres clashed. Police intervened and pacified them.