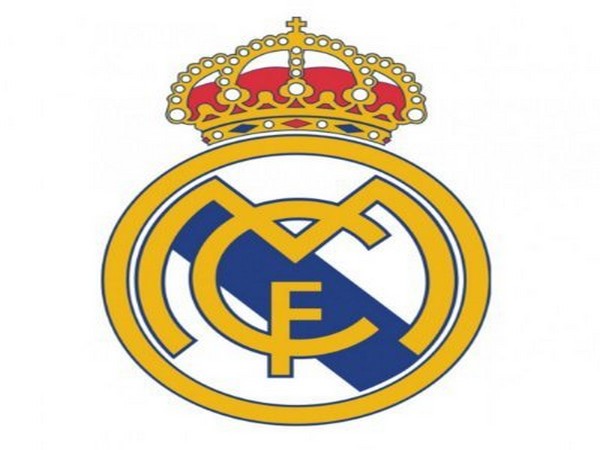 Two goals calmed us down after ‘nervous start’: Pirlo reflects on victory over Crotone 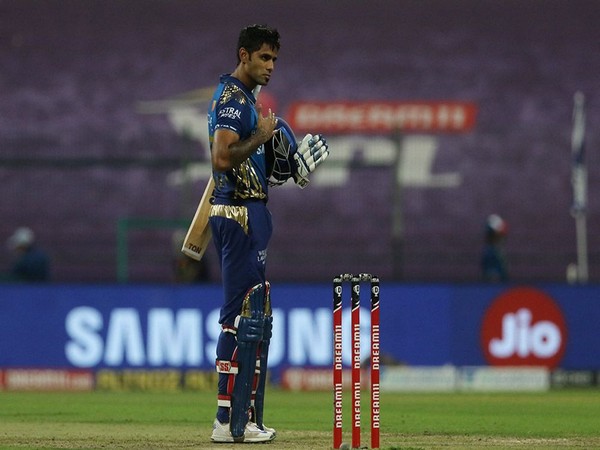 Mumbai (Maharashtra) [India], March 9 (ANI): “He’s a perfect role model for youngsters,” said former India batsman VVS Laxman while praising Suryakumar Yadav, who has earned his maiden call-up into the Indian team.
The right-handed batsman has been picked in the T20 squad for the upcoming five-match series against England, beginning this Friday.
While praising Suryakumar, Laxman said that the 31-year-old is a perfect example of how success is not too far away if one stays patient.
“He deserves it, I think he is a great role model for youngsters, especially in India; because they lose patience very quickly – because all positive run-getters in first-class cricket expect to get into the Indian team – but it is difficult. There is so much quality, so much talent, and so much competition, but what did Suryakumar do? – he goes back to first-class cricket, scores runs for Mumbai, whenever he gets an opportunity for Mumbai Indians – he is a positive run-getter,” said Laxman on Star Sports’ show ‘Game Plan’.
“He plays in tough situations and wins the match and that’s what you expect from a player. Ultimately there is a saying which my coach taught me early on, ‘If the selectors are not opening the door, break open the door!’, the only way you can do that is by your performance – we’re not sure if he will get to play in the playing XI but he definitely deserves a spot in the squad of that T20 Indian team,” he added.
Suryakumar has been a consistent performer in the domestic circuit and he has stellar IPL seasons for Mumbai Indians over the last two years. There were a lot of questions asked when he was not picked for the white-ball leg against Australia, but the selectors have now picked him for the England T20I series.
Suryakumar Yadav earned his maiden call-up into the Indian squad along with the likes of Ishan Kishan and Rahul Tewatia.
India’s T20I squad: Virat Kohli (captain), Rohit Sharma (vc), KL Rahul, Shikhar Dhawan, Shreyas Iyer, Suryakumar Yadav, Hardik Pandya, Rishabh Pant (wk), Ishan Kishan (wk), Yuzvendra Chahal, Varun Chakravarthy, Axar Patel, Washington Sundar, Rahul Tewatia, T Natarajan, Bhuvneshwar Kumar, Deepak Chahar, Navdeep Saini, Shardul Thakur. (ANI)

Pant can make opposition captain feel the heat if he gets going, says Laxman 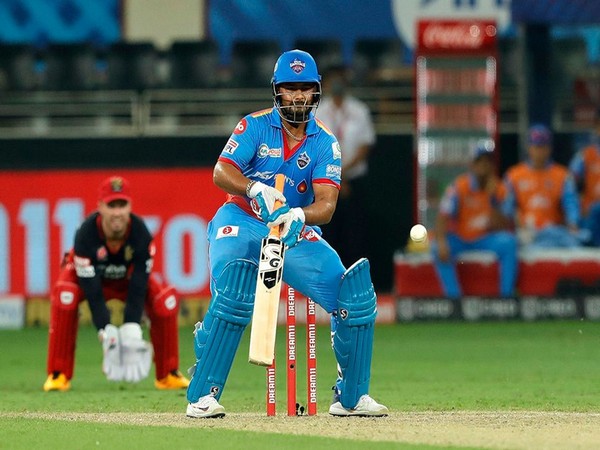 Mumbai (Maharashtra) [India], March 9 (ANI): Former India batsman VVS Laxman has said that wicketkeeper-batsman Rishabh Pant has the quality of making the opposition captain feel the heat once he spends some time in the middle.
Pant played a match-winning knock of 101 runs against England in the first innings of the fourth Test against England and this helped the hosts to win the series 3-1. With this win, India also progressed to the final of the World Test Championship which will be played from June 18-22 against New Zealand at the Ageas Bowl, Southampton.
“In this situation, it could just strengthen the finishers in the Indian team because over the last one and one and half years , we are overly dependent on Hardik Pandya, and Jadeja when he comes at number 7, but he plays cameos. But if there is one batsman in the Indian batting line-up who from the first ball can play those shots is Hardik Pandya. Rishabh Pant with the kind of form and maturity; it’s not only about the form but the maturity with which he’s batted in test matches, I think he will be a matchwinner,” Laxman said on Star Sports’ show ‘Game Plan’.
“We have seen him play under pressure for Delhi Capitals and win matches. As a left-hand batsman, he gives that option where the opposition captain can feel the heat once he gets going. I think he is a great addition and I hope they don’t judge him by one or two innings because if you’re keeping in mind the world cup, it can be a long rope. Once he has the security, we know that he can win matches just by himself,” he added.
Pant has been in remarkable form over the last two-three months as he played good quality knocks at Sydney and Brisbane against Australia. The wicketkeeper-batsman was a destroyer in chief in the final and fourth Test at the Gabba, helping India breach Australia’s fortress after a span of 32 years.
The youngster was not in the squad for the white-ball leg against Australia but his performances in the longest format have earned him a call-up into India’s squad for the five-match series against England, beginning this Friday. (ANI) 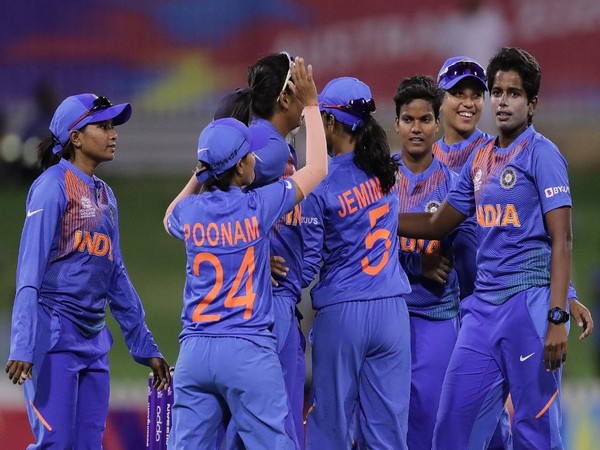 Williamson would be fit around the start of IPL, says Gary Stead 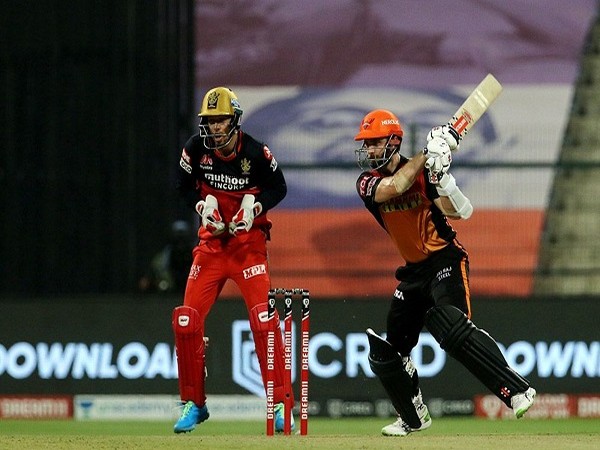 Auckland [New Zealand], March 9 (ANI): New Zealand head coach Gary Stead on Tuesday said that skipper Kane Williamson would possibly recover from his elbow injury around the start of the Indian Premier League (IPL).
Stead also said that New Zealand Cricket (NZC) would talk to Williamson and his IPL franchise SunRisers Hyderabad (SRH) so that the New Zealand skipper does not rush his comeback from the injury.
NZC on Tuesday confirmed that skipper Kane Williamson has been ruled out from the upcoming three-match ODI series against Bangladesh due to a left elbow injury. Williamson has a small tear in his left-elbow tendon and he had been experiencing irritation in the back-half of the summer.
“It’s likely in about three weeks that Kane will be pretty close to being right up ready to go so that fits in with the time frames around the start of the IPL. We’ll keep talking with him and Sunrisers Hyderabad as well and just making sure he is 100% before he starts again,” ESPNcricinfo quoted Stead as saying.
“What we want Kane to do be able to do is bat pain free and bat for long periods of time. We’ve taken that view, looking after him after making sure his body is in the best condition it can be is paramount for us. I don’t expect there will be any long term problems with this, just this period of rest is what he needs right now,” he added.
NZC Medical Manager Dayle Shackel also said that it was clear that the injury needed targeted intervention.
“Kane’s been managing the elbow injury to varying degrees this summer and unfortunately it hasn’t improved. He obviously has a high volume of training and playing across the three formats, which has inhibited his ability to recover. We believe he now needs a period of rest and rehabilitation to get the injury right,” Shackel said in an official NZC release.
The Kiwis ODI squad will be released first thing on Thursday morning. The first ODI against Bangladesh is on Saturday, March 20 at the University of Otago Oval in Dunedin. (ANI) 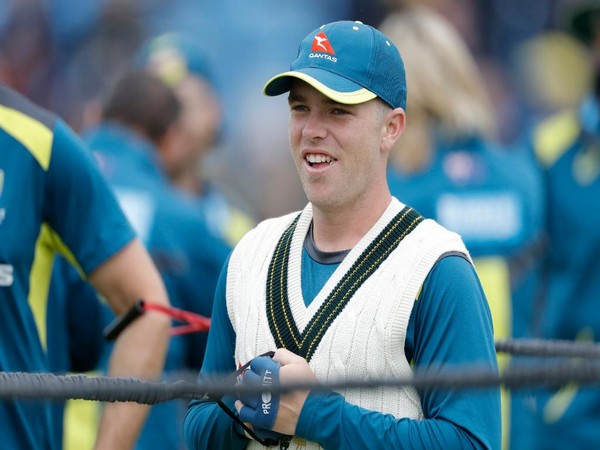 Melbourne [Australia], March 9 (ANI): Cricket Australia on Tuesday confirmed that Victoria player Marcus Harris has been suspended for one match.
The suspension came after Harris accepted a charge for abuse of equipment during his side’s Marsh Sheffield Shield match against Tasmania on March 5.

Harris was found guilty of a level 1 offence under the Cricket Australia Code of Conduct and he accepted a penalty of one suspension point and 50 per cent of his match fee.
The offence was Harris’ second in an 18-month period. As a result of this sanction, Harris will miss Victoria’s Marsh One-Day Cup match against Tasmania on March 10 due to suspension.
Victoria is currently at the fourth spot in Sheffield Shield standings with 17 points from five matches.
The side has won just won match while the other four have ended as a draw.
Victoria will next take on Queensland in the Sheffield Shield, beginning March 15 at Brisbane. (ANI) 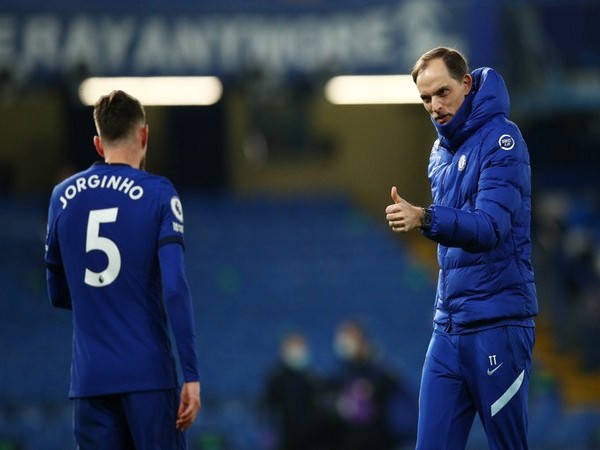 London [UK], March 9 (ANI): Goals from Ben Godfrey (own goal) and Jorginho helped Chelsea defeat Everton 2-0 in the Premier League 2020-21 season on Monday (local time) here at Stamford Bridge.
With this win, Chelsea has moved to the fourth spot in league standings with 50 points from 28 matches while Everton is positioned at the sixth spot with 46 points from 27 matches.
Chelsea is now unbeaten in 11 games under new coach Thomas Tuchel and this 2-0 win over Everton saw Tuchel becoming the first manager in the history of Premier League to see his side keep a clean sheet in each of his first five home games, reported Goal.com.
This is the first time since 2015 that Chelsea has managed to keep five clean sheets in a row at home.
In the match between Chelsea and Everton, the first goal was registered in the 31st minute as Ben Godfrey of Everton made a horrendous error and he ended up registering an own goal, giving Chelsea a 1-0 lead.
The second goal of the match was scored in the 65th minute as Jorginho successfully converted a penalty into a goal and this gave Chelsea a 2-0 lead.
In the second match on Monday, West Ham defeated Leeds United 2-0 at the London Stadium. As a result, West Ham has now moved to the fifth spot in the standings with 48 points from 27 matches.
Chelsea will next lock horns against Leeds United on Saturday in the Premier League. (ANI)