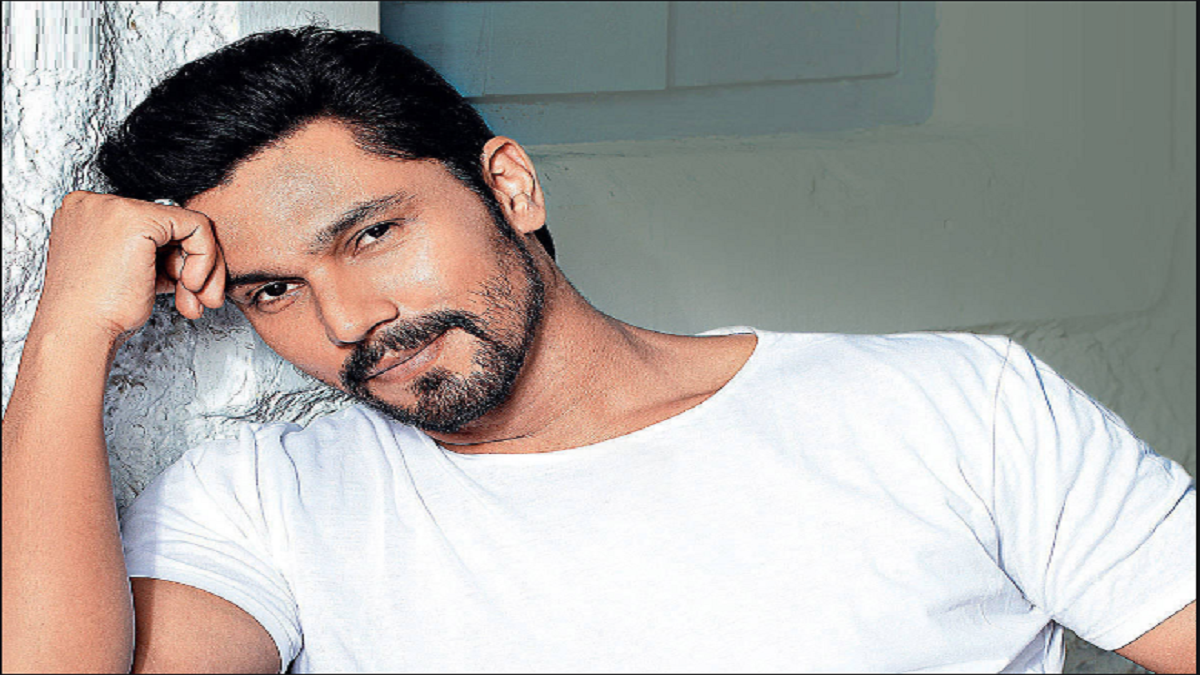 MUMBAI: Actor Randeep Hooda is well known for stealing the show with his powerful performance in every film. As a performer he has loved to experiment with physical and mental transformations for films, like Sarbjit, Do Lafzon Ki Kahani, Main Aur Charles, Highway, and Laal Rang.

However, Randeep Hooda changed the dynamics of box-office by balancing art and commerce. Last year, the actor set new records with Netflix’s Extraction. Directed by Russo Brothers, Randeep played the role of Saju Rav opposite Chris Hemsworth. The Extraction became the most-watched film on Netflix, and it surpassed, successful flicks like Birdbox and The Irishman.

The actioner was viewed by 90+million people, which mean it earned 6100 crores. Cut to the present time, Randeep maintained his track record and surpassed expectation with Radhe. The newly released movie fetched 4.2 million views on day 1. Reportedly, within the 4 days of its release, Radhe has clocked 10 Million paid views across the hybrid release, making it a super-successful venture. In the last two films, Randeep ruled the screen with action and emotions. The actor stroke a fine balance between masses and classes. With Extraction and Radhe, it is evident that Randeep is becoming the action star of the industry. Randeep Hooda recently celebrated 5 years of ‘Sarabjit’ and shared throwback pictures. The 44-year-old actor took to his Instagram handle and shared two pictures from the Omung Kumar directorial movie. The first picture features a shabby Randeep sporting long, messy hair while shackled in a prison. In the next snap, Randeep looks skinny after cleaning up.

A FLAWED BUT EMOTIONAL EXPERIENCE REPLETE WITH JOY, HOPE, FAILURE AND FRUSTRATION

MUMBAI: Actor Alia Bhatt finds inspiration in her 93-year-old grandfather. Alia took to her Instagram and wished her grandfather a happy birthday by calling him her ‘inspiration’. “Happy 93 my inspiration. Love you gamps,” she wrote, adding a picture from the birthday celebration.

In the image, we can see Alia posing with her grandfather, mother Soni Razdan and sister Shaheen Bhatt.

Alia’s boyfriend and actor Ranbir Kapoor along with his mother Neetu Kapoor and sister Riddhima Kapoor Sahni, too, made presence at the occasion. Riddhima has posted a string of images on her Instagram from the low-key birthday party.

“With the birthday boy #93andfabulous,” Riddhima captioned one of the images, which was photobombed by Ranbir.

Actor Soni Razdan dedicated an emotional note to her father on his birthday.

“Daddy has turned 93 years young today ! The best story teller to children in the world .. he used to make them up as he went along .. and we even had a series called Neelam and Gagan .. which he regaled my sis and me with in weekly instalments ; a prolific badminton and snooker player in the olden days; a good bridge player and now an avid golfer ( yes he still plays) apart from being an architect who still practices ! (designed Chitrakoot and Woodlands) the list is endless and so is his boundless energy, enthusiasm and ability to tell the most hilarious jokes with full character renditions. “ Many of the talents we possess in the family we get from him. Happy Birthday darling daddy. You make us all proud,” she added. 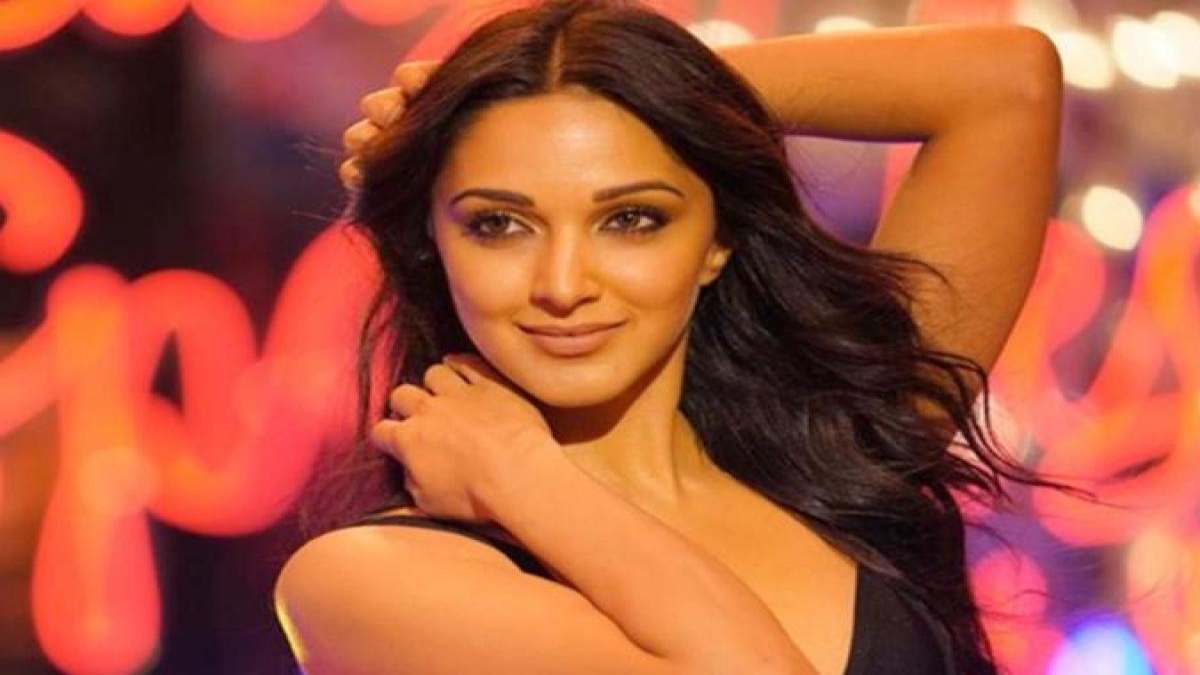 NEW DELHI: Images from Kiara Advani’s hattrick shot for Dabboo Ratnani’s calendar was on Wednesday unveiled by the photographer, who revealed shots of the ravishing beauty against a beach backdrop.

Posing amid the sand, Kiara looks alluring in her third ever calendar picture for Dabboo Ratnani. The actor previous photoshoot for Dabboo’s calendar last year had created an uproar. The Fashion photographer revealed the shots on an Instagram live before the launch saying, fans poured in their requests and enquired for Kiara’s picture the most. Kiara also regarded this year’s picture as her most favourite amongst the three.

The ‘Kabir Singh’ actor made her debut on Dabboo Ratnani’s calendar in 2019, wearing an embellished blue jean jacket. Last year, Kiara’s shot for Daboo’s calendar created headlines settings the internet ablaze for posing with just a leaf. This is the third time in a row, that Kiara has shot for the calendar. Having recently clocked seven years in Bollywood, Kiara Advani is gearing up for the release of ‘Shershaah’, post which the actress will be seen in ‘Bhool Bhulaiyaa 2’, ‘Jug Jugg Jeeyo’ and Shashank Khaitan’s untitled next amongst others.

NEW DELHI: Nushrratt Bharuccha ’s first ever single Saiyaan Ji has crossed the 400 million view mark and the actress shares, “Saiyaan Ji crossing the 400 million views mark is a truly special moment for me. And for so many reasons! Honey Singh Sir and I have always had a great run with all the film songs we’ve collaborated on so far, but to also cross this huge milestone with our very first single together means the world to me!” She continues “This is such a special collab as, unlike in a mainstream film, in a single, we really cannot draw from the character we’re playing in the film. A single has an altogether unique narrative and style of shooting and, for an artiste, it’s so exciting to slip into the skin of someone almost unfamiliar.

I can only whole-heartedly thank and give all the credit to Honey Sir and his creative team for the magic in the song!” The song marked 4th collaboration of Honey Singh and Nushrratt.

MUMBAI: The Family Man actor Priyamani once shared the screen with ‘Badshah’ of Bollywood Shah Rukh Khan. The two matched steps in Rohit Shetty’s 2013 film Chennai Express in the song “1 2 3 4 Get on the Dance Floor”. Like many who have worked with SRK, Priyamani also feels he is “an absolute sweetheart” and a “sweet guy” who makes one feel comfortable. Priyamani reached the sets of Chennai Express a day in advance, and from that time she built a good rapport with Shah Rukh. They even played Kaun Banega Crorepati on his iPad, which led to her winning Rs 300 that she still has in her wallet. The game show, KBC, is hosted by Amitabh Bachchan but Shah Rukh also hosted its third season.

“Right from that time till the time we finished the shoot, he has been an absolute sweetheart. He has taken care of all of us so well. So much so, that in between, we played Kaun Banega Crorepati on his iPad. He gave me Rs 300, which I still have with me in my wallet. He just makes you feel comfortable. He is such a sweet guy and as I said, he is one of the biggest superstars we have in our country,” the 37-year-old actor told Zoom. The actor was mighty impressed with SRK’s dedication to his work as well. She revealed how King Khan practised the dance steps a day in advance and also used the breaks in between the shots to make his steps better.

MY EQUITY IS MAINLY DUE TO SUCCESS OF MY SOCIAL ENTERTAINERS: AYUSHMANN

NEW DELHI: Ayushmann Khurrana’s equity has been soaring since the past few years as he delivered eight back to back hits in theatres. His booming credibility with inclusive, conversation-starting social entertainers in India has made him one of the most sought-after brand endorsers in the country. Now, Ayushmann has been roped in to be the face of a mobile phone brand. As we all know, mobile phones and banking are two sectors that thrive on credibility of the artist to become the face. Recently, mobile phone brands have signed on superstars like Robert Downey Jr. and Virat Kohli. When asked about if Ayushmann could decode what makes him so brand friendly, he candidly says, “Whatever my equity is today, is mainly due to the success of my social entertainers which have made me connect to the people of India. These films have told people who I am, how I think and what my intent is as an entertainer.” 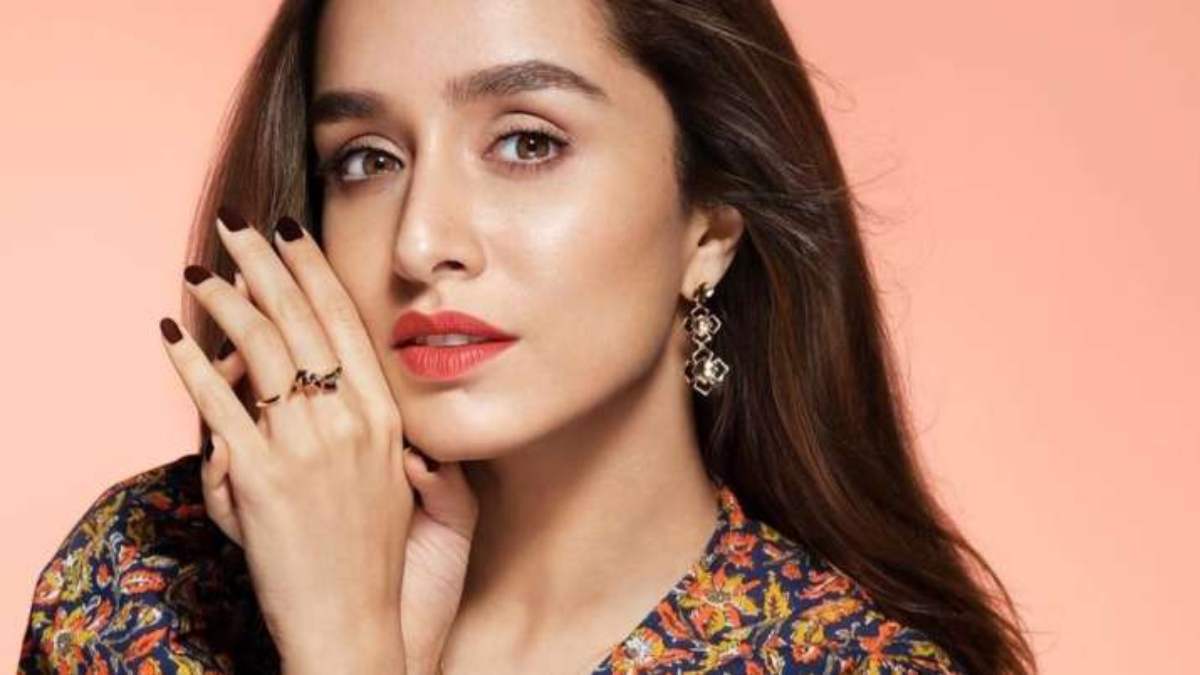 MUMBAI: Actor Shraddha Kapoor known for her emotive performances on the big screen has turned investor with a beauty brand. The actor not only decided to endorse the brand but also became an investing partner in the company. On being asked on what led to this development she mentioned that she deeply resonated with the brand’s clean beauty formulations and cruelty-free promise as that is something she feels passionately about.

She went on to say “I’m really excited to be the face of MyGlamm and also have the opportunity to invest in it. The DTC beauty market is growing rapidly and I believe it is the future. Through the brand, I hope to understand and fulfil the beauty needs of my fans and followers.” Shraddha joins a number of Bollywood stars who have strategically invested in emerging businesses across various sectors.