RAINS WREAK HAVOC IN MAHARASHTRA, 129 DIE IN FLOODS AND LANDSLIDES - The Daily Guardian 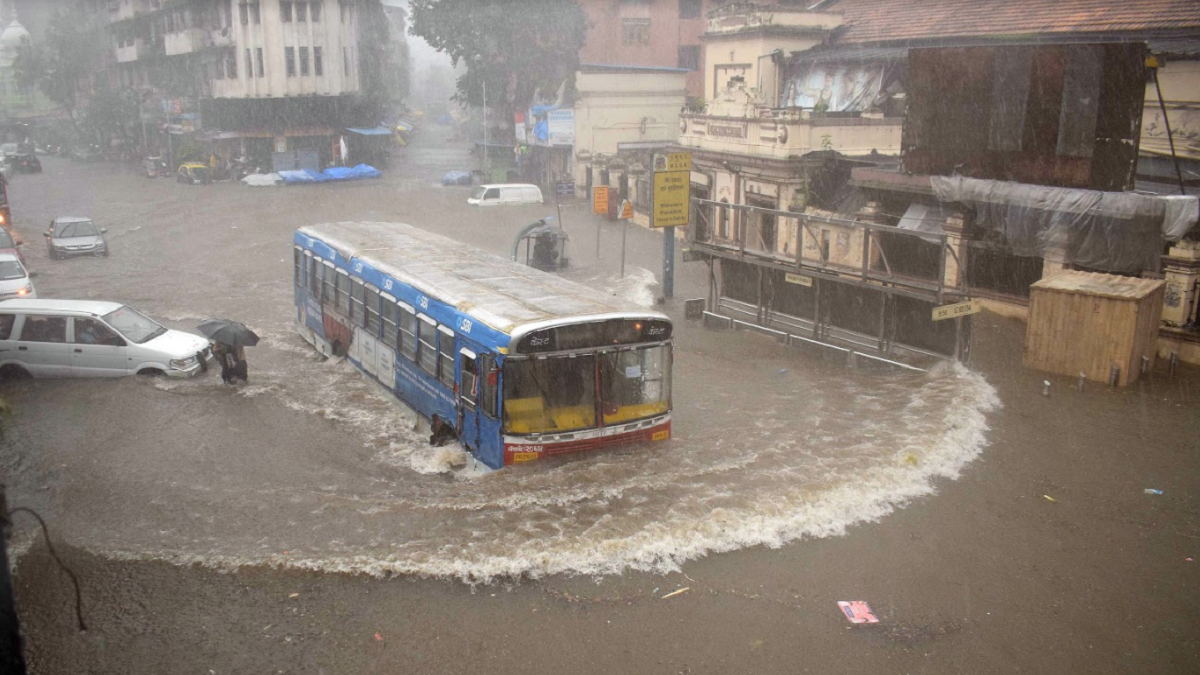 Heavy rainfall in Maharashtra wrecked havoc as 129 people lost their lives in rain-related incidents including landslides in the state in the last 48 hours, a senior official from the state disaster management department said on Friday evening. This included 38 deaths in a landslide in a village in the coastal Raigad district›s Mahad tehsil.

«The death toll in Maharashtra in the last 48 hours has reached 129. Most of the deaths are from Raigad and Satara districts,» the official said.Besides landslides, several people have been swept away in floodwaters.

Meanwhile, an official put the death toll in various incidents in Western Maharashtra›s Satara district at 27.

On 22 July 2021, at around 1:30 pm, the IAF received a message for the requirement of flood relief operations in Chiplun and Khed town of Ratnagiri district Maharashtra. When the weather permitted, a Mi-17 I V helicopter got airborne from Mumbai for Ratnagiri at 3:40 pm and landed at Ratnagiri at 5 pm. Bad weather did not permit any further operations in the evening.

Nevertheless, operations resumed on Friday with the helicopter deployed at Ratnagiri along with another one flown in from Mumbai. An NDRF team of 10 personnel with approximately one-ton load has also been flown in by IAF to Ratnagiri.

At least 56 villagers have been rescued along with cattle in Chiplun’s Mirjoli village after they were trapped following a landslide. Three more teams of NDRF reached Chiplun, while four teams are already engaged in rescuing people as incessant showers in the hilly regions of Ratnagiri district wreaked havoc in the coastal town, along with illegal constructions near the Vashishti river bed and discharge of water from the Kolkewadi dam.

Based on a request received from the Maharashtra government, the Western Naval Command, Mumbai mobilised flood rescue teams and helicopters to assist in State administration. Seven naval rescue teams departed by road for deployment to Ratnagiri and Raigad districts on July 22 from Mumbai.

Incessant rains and resultant flooding have washed out the ballast below the railway tracks and embankment in several patches between Chiplun and Kamathe section, said L K Verma, chief spokesperson of KR.

Rains continued to lash parts of Kolhapur, due to which the PanchgangaRiver in the district is flowing above the danger mark and is incessantly rising, officials said. Talking about the traffic situation on the Mumbai Bengaluru highway, Kolhapur›s district superintendent of police Shailesh Balkawde said, Ahead of Kagal (in Kolhapur), a stretch of road near a village in Belgaum district of Karnataka has got inundated due to rainwater on Friday.

Several parts have recorded unprecedented rains in the past 24 hours, with Mahabaleshwar hill station in Satara notching 480 mm, the highest in 45 years, and Matheran recording 330 mm rains, while many other areas saw rains over 200 mm, creating panic.

Maharashtra Chief Minister Uddhav Thackeray on Friday took stock of the situation by visiting a control room and met with officials.