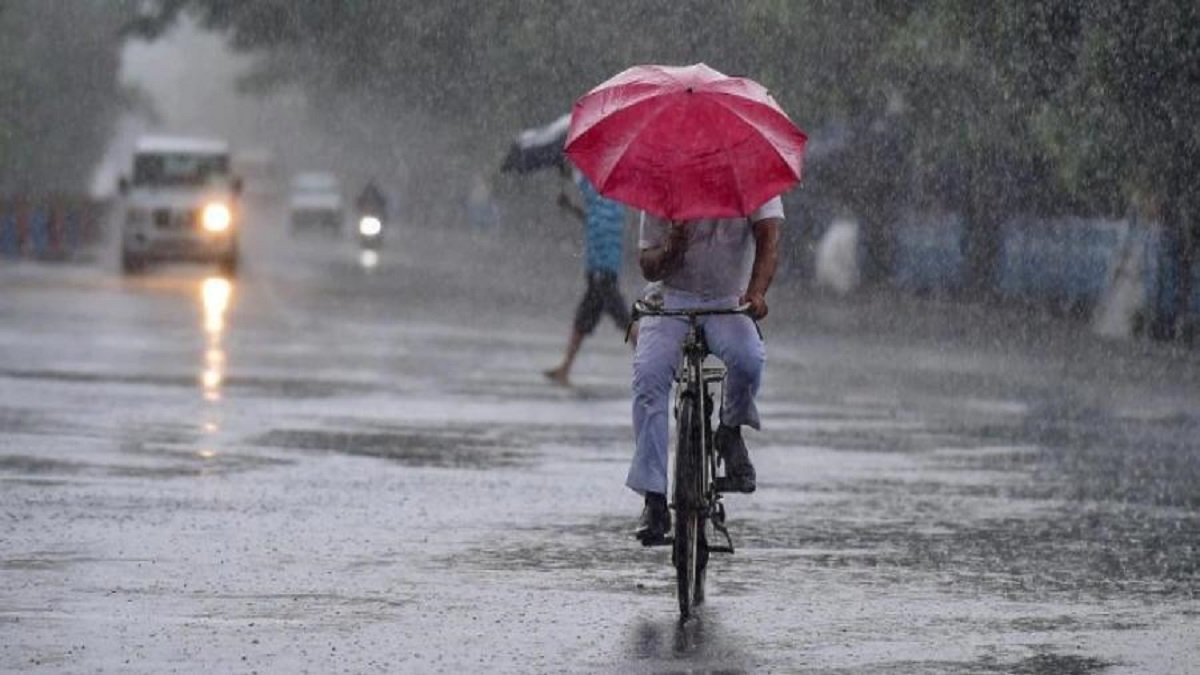 As rains continue to unleash fury with the onset of monsoon season, several states across India are facing a flood-like situation, which has brought daily life to a halt. Claiming one life, heavy rainfall caused a flood-like situation in Gujarat’s Rajkot on Tuesday. Residents living in the lower reaches were been asked by authorities to remain alert.

The India Meteorological Department (IMD) predicted light to moderate rainfall in the entire state for the next five days. Extremely heavy rainfall is expected in many districts of South Gujarat, Saurashtra and Kutch.

Several western railways trains scheduled for Tuesday were cancelled or partially cancelled due to the washout of tracks between the Dabhoi and Ekta Nagar stations of Gujarat’s Vadodara division.

In Mumbai, the IMD has predicted moderate to heavy rainfall for the next 24 hours in the city and its suburbs, with the possibility of heavy rainfall in isolated places. The maximum and minimum temperature of the metropolitan has been forecast as 28 degrees Celcius and 24 degrees Celcius, respectively.

The heavy rainfall in the Gadchiroli district of Maharashtra, during the past few days, has resulted in waterlogging and incessant downpours that have created a flood-like situation. According to the Maharashtra SDMD report on Sunday, a total of 76 people have died (till 10 July) since 1 June and as many as 838 houses were damaged due to the rain-related incidents in the state.

Andhra Pradesh Chief Minister Jagan Mohan Reddy on Tuesday alerted District Collectors to be vigilant as IMD predicted heavy rain in the next two days during a video conference meeting.

As a precautionary measure, the Chief Minister had released Rs 2 crore each to four districts – Eluru, Alluri Seetharama Raju, East Godavari, and Dr. Ambedkar Konaseema – which are prone to floods and heavy rainfall. He also directed other collectors to feel free and send any requests to Chief Secretary and CMO, who are available round the clock.

He directed the Collectors to set up control rooms in the district and ensure that it was operational and monitored round the clock. Further, the line department should be prepared with alternatives, and SOP followed, the CM said.

The Chief Minister also asked the collectors to send daily reports of losses and damages in the districts.

As many parts of Karnataka reel under floods, Karnataka Chief Minister Basavaraj Bommai on Tuesday expressed that the Karnataka government is with the people at this hour of crisis.

“District in-charge ministers have involved themselves in relief works taking everyone into confidence, said Bommai, who has embarked on a tour of the rain-affected districts.

Efforts are on to convince the people residing in seismic sensitive zones and in areas which are prone to landslides to shift to safer places, he said.

Road connectivity is snapped in many places due to incessant rains; landslides and mild tremors have occurred in a few places in Kodagu, sea erosion has affected the people in coastal region; and houses along the river banks have been damaged in many parts of northern Karnataka, Bommai noted.

The rain brought relief from the hot and humid weather conditions prevailing in the national capital on Tuesday. The rain, however, also led to waterlogging and traffic snarls in parts of the city. Amidst the downpour, the streets of Sarita Vihar could be seen waterlogged along with a traffic jam in the area. Traffic snarls could also be seen near ITO.

Meanwhile, despite heavy rainfall in Kedarnath in the Rudraprayag district of Uttarakhand, the journey to the sacred Dham resumed on Tuesday.

497 KG GANJA RECOVERED FROM A TRUCK IN ASSAM