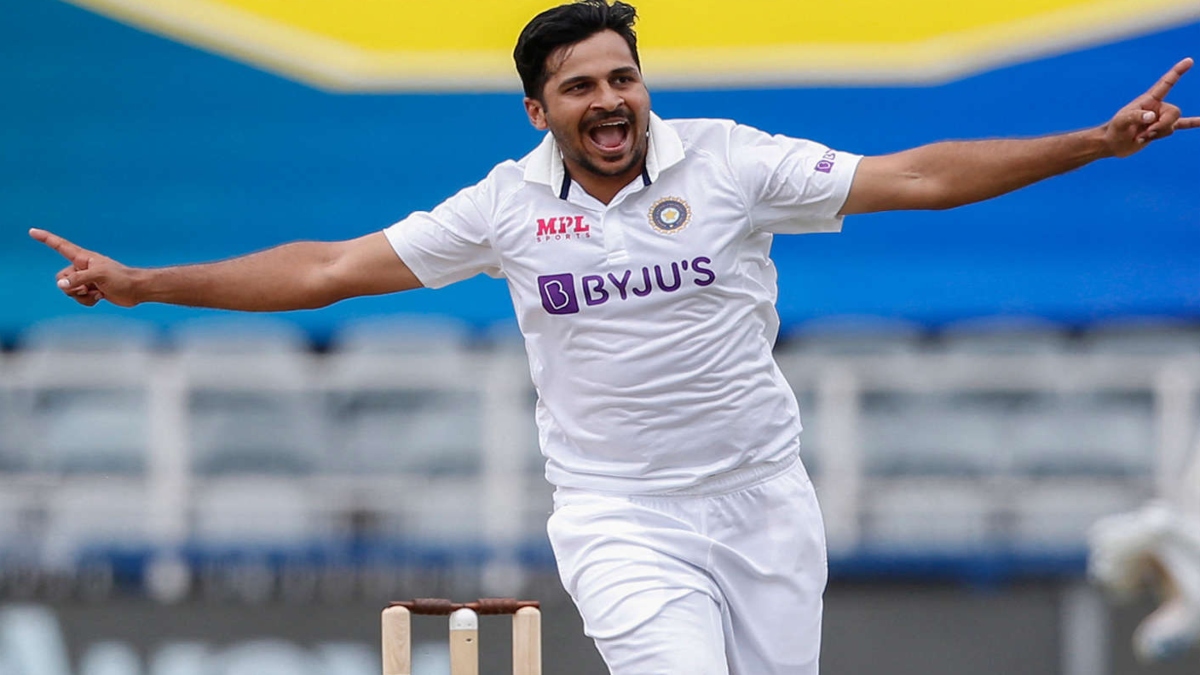 Cheteshwar Pujara and Ajinkya Rahane extended India’s lead to 58 runs in the second innings of the second Test against South Africa after India bowled out the Proteas for 229 on Tuesday.

At Stumps on Day Two, India’s scorecard reads 85/2 with Pujara (35*) and Rahane (11*) on the crease. Just like Day One, 11 wickets fell on the second day as Shardul Thakur dominated the proceedings on Tuesday. In the second session, South Africa added 89 runs for three wickets and went to Tea at 191/7. As the third session began, Shardul Thakur picked two more wickets to finish with a seven-wicket haul as the Proteas were bowled out for 229.

India in the second innings got off to a bad start as stand-in skipper KL Rahul was dismissed in the seventh over. India’s problem further increased when Mayank Agarwal offered no shot and was given LBW out in the 12th over.

In the first session, Shardul’s triple strike had put India in the driver’s seat with South Africa being 100 runs behind the visitors. Post Lunch, Shardul wreaked havoc and dismantled the South Africa batting lineup before helping the visitors to take control over the match.

Joe Root is someone I always want to play for, says Ben Stokes