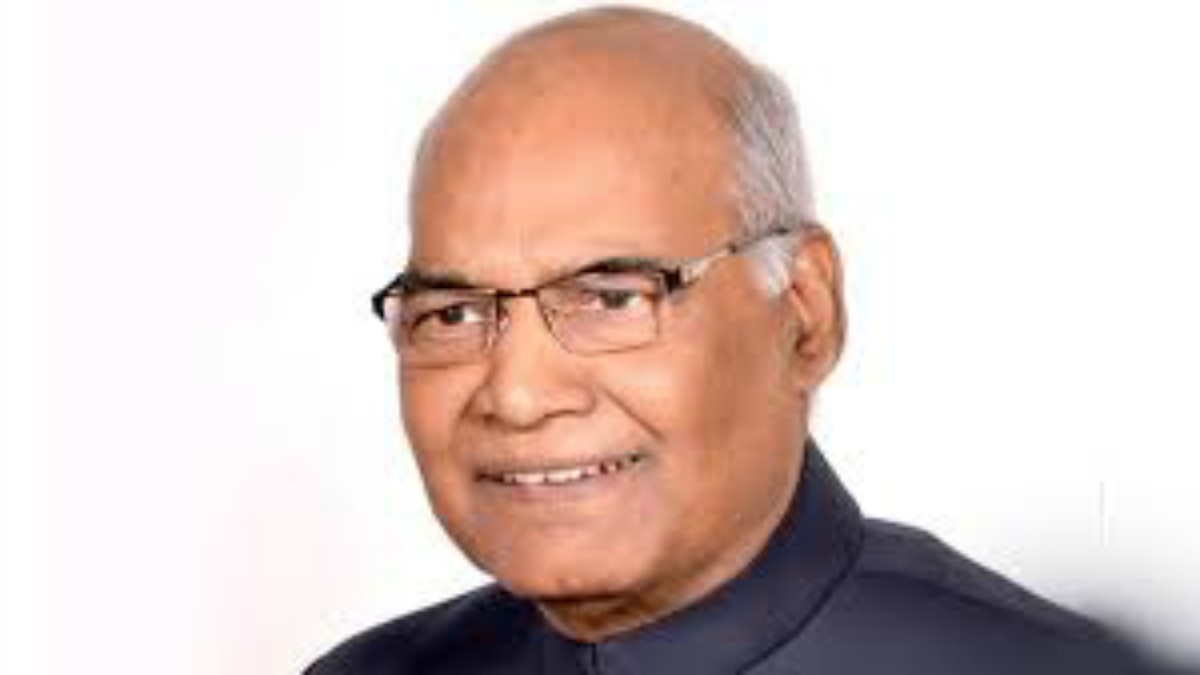 President Ram Nath Kovind, while visiting his hometown for the first time since assuming office, bowed and touched the soil of his village Paraunkh in Kanpur Dehat district of Uttar Pradesh as Chief Minister Yogi Adityanath and Governor Anandiben Patel greeted him upon arrival.

The President is currently on a tour of his native village.

On Sunday morning, he reached Paraukh village in Kanpur Dehat district of Uttar Pradesh. As he landed, he touched the soil of his native land to pay obeisance to the land of his birth.

Kovind along with wife and daughter visited the temple of local deity Pathri Devi, where he offered prayers. He also visited Paraukh village along with the Governor and Chief Minister. He participated in quite a few programmes there including addressing people at the primary school in Paraunkh village. Apart from this, he interacted with his old acquaintances, MLAs, BJP leaders and public representatives.

Noting the contribution of his hometown in his journey, the President said: “Wherever I am, the smell of the soil of my village and the memories of the residents of my village are always present in my heart. For me, Paraunkh is not just a village, it is my motherland, from where I have always been inspired to go ahead and serve the country.”

“I had never imagined even in my dreams that an ordinary boy like me from the village would get the privilege of discharging the responsibilities of the highest office of the country. But our democratic system has shown this by doing it,” President Kovind added.

Forces to get military equipment based on molecular nano technology