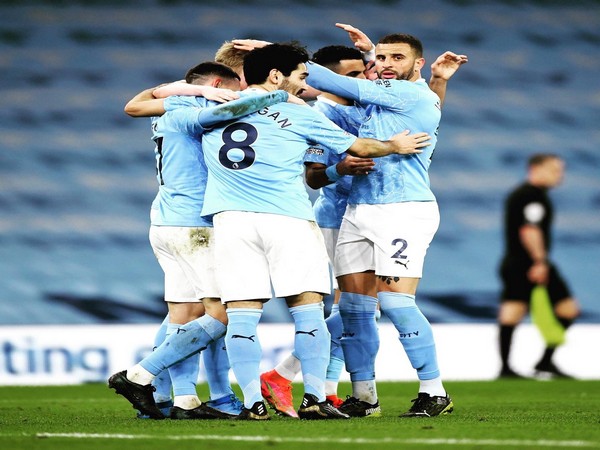 Manchester [UK], March 11 (ANI): Kevin de Bruyne and Riyad Mahrez scored a brace as Manchester City thrashed Southampton 5-2 in the Premier League 2020-21 season on Wednesday (local time) here at the Etihad Stadium.
With this win, City has further strengthened its position at the top of the standings with 68 points from 29 matches. The side is now 14 points ahead of the second-placed Manchester United.
Kevin de Bruyne scored the first goal of the match as he got among the scoring sheets in just the 15th minute of the match. However, Southampton got the equaliser in the 25th minute as James Ward-Prowse converted a penalty to bring the scoreline level at 1-1.
Five minutes before half-time, Riyad Mahrez registered a goal and as a result, City gained a 2-0 lead. On the cusp of half-time, IIkay Gundogan registered the third goal for City, giving the hosts a 3-1 lead.
Goal-scoring form continued for City in the second half as Mahrez and Be Bruyne registered goals in quick succession, and Southampton was left with no answers for this attacking gameplay.
Southampton did manage to peg one goal back in the 56th minite as Che Adams got among the scoring sheets, but it was too late by then and as a result, City registered a comprehensive 5-2 win.
Pep Guardiola’s Manchester City will next take on Fulham in the Premier League on Saturday. (ANI)