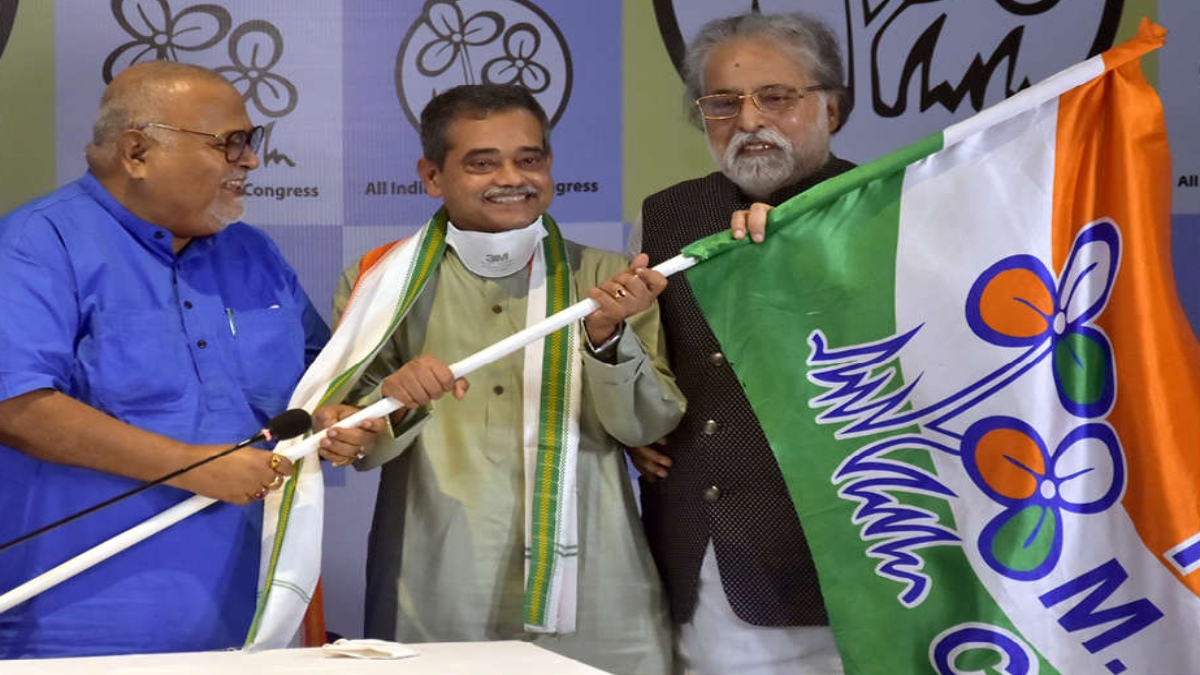 Pranab Mukherjee’s son Abhijit Mukherjee has joined TMC. The longtime Congress leader went to the Trinamool Bhavan on Monday and raised the party flag in the presence of Partha Chatterjee and Sudip Bandopadhyay. After joining the TMC, Abhijit said, “I am here today with the permission of my sister, with the permission of Abhishek Babu. Today I joined as an early member of the TMC. From one Congress to another, from root to grass but I am in the Congress. ”

For several days now, there have been rumours of TMC’s closeness with former Jangipur MP Abhijit and Nalhati MLA. On 9 June, Pranab’s son met several leaders, including the TMC district president and Jangipur MP, at his Jangipur residence.

After that, rumours spread all over the district that is Abhijit also ready to strengthen Mamata Banerjee’s party? On that day, the seal fell on that speculation.

Joining the TMC, Pranab putra reminded everyone that he left the government service in 2011 and joined the Congress. At that time there was an anti-left wind across the state. ‘Mamata didi was his leader’. Due to his struggle, Congress demolished the 44-year-old left fort in Nalhati. In Abhijit’s words, “I have no calibre in that victory. I joined, rode and crossed the storm that Mamata Banerjee raised against the CPM.”

Abhijit mocked the BJP after this incident. “Recently, we have seen communal forces like the BJP trying to dominate here,” he said. Abhijit added, “Mamata has stopped it. The country’s veteran Congress leader also paid tribute to her achievement. I think that he, who has been able to stop the BJP in West Bengal, will be able to do so in the whole of India in the future with the help of many more under her leadership. ”

On this day, a little warmth towards the Congress was also heard in Pranab’s son’s voice. He said,“I am currently a former Congress MP, a former MLA. I was not appointed to any post in Congress. There was no initial membership. And that too usually lapses after three years. There may not be any new renewals yet. I joined the TMC as a loyal soldier. I will do whatever the team tells me to do. ”

A former Congress MP from Jangipur and an MLA from Nalhati, TMC may offer Abhijit the Jangipur Assembly seat which is due at the by-poll as a candidate there had passed away just before the elections.

STATEMENT STATEHOOD RESTORATION: DISAPPOINTED PAGD TO TALK TO OTHER POLITICAL PARTIES IN J&K