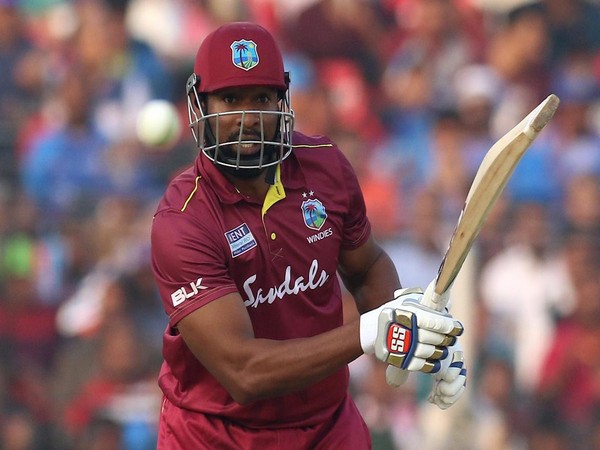 St John’s [Antigua], March 13 (ANI): After taking an unassailable lead in the three-match ODI series against Sri Lanka, West Indies limited-overs skipper Kieron Pollard dedicated the win in the second ODI to his late uncle, who passed away on the morning of the game.
Evin Lewis and Shai Hope played knocks of 103 and 84 respectively as West Indies defeated Sri Lanka by five wickets in the second ODI of the three-match series on Saturday here at the Sir Vivian Richards Stadium.
“At the end of the day, we take the win. Evin scored a hundred, we asked that in the dressing room. Hope again scoring runs and it was nice to see Pooran finish off the game. It was a total team performance today. Our best chance of winning the game was chasing. In T20s, we didn’t do well. Good to see the boys sticking to their rules and responsibilities. Congrats to the bowlers as well, they bowled well,” said Pollard after the game.
“Jason Mohammed picked three wickets today, Joseph took a couple upfront and other bowlers did well as well. You can’t have a perfect game. It’s a matter of understanding situations. We have won the series. We look at the positives and try to fix that. Each game is very important, we are going to come and see if we can win 3-0. Today has been one of the hardest days in cricket for me as an individual. The guy who is responsible for me playing cricket, uncle Steven passed away this morning. I dedicate this series win to you,” he added.
Chasing 274, Windies got off to a fantastic start as openers Lewis and Hope put on 192 runs for the first wicket and the duo finished the match with this start and Sri Lanka bowlers had no answers for their onslaught.
Sri Lanka did manage to take five wickets, but in the end, Nicholas Pooran (35) and Jason Holder (2) took the hosts over the line by five wickets with two balls to spare.
Earlier, Danushka Gunathilaka hit 96 as Sri Lanka posted a total of 273/8 in the allotted fifty overs. In the final five overs, Sri Lanka added 51 more runs. For West Indies, Jason Mohammed returned with three wickets.
West Indies and Sri Lanka will now lock horns in the third and final ODI on Sunday. (ANI)