PM to inaugurate ‘Kartavya Path’ on Thursday﻿ - The Daily Guardian 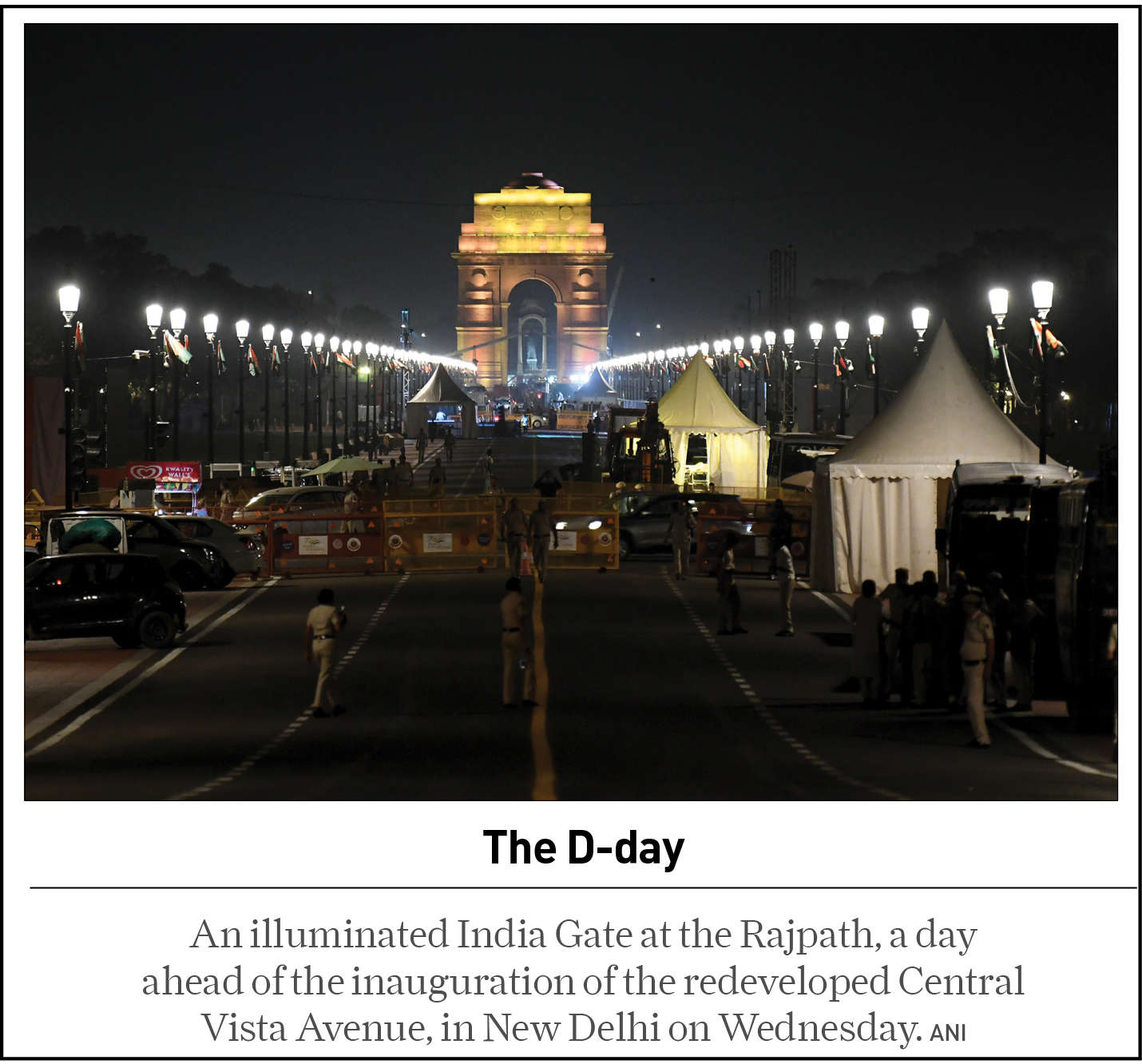 According to a statement by the Prime Minister’s Office, the move symbolises a shift from erstwhile Rajpath being an icon of power to Kartavya Path being an example of public ownership and empowerment. “Prime Minister will also unveil the statue of Netaji Subhash Chandra Bose at India Gate on the occasion. These steps are in line with Prime Minister’s second Panch Pran for New India in Amrit Kaal: remove any trace of colonial mindset,” the statement said.

Over the years, Rajpath and adjoining areas of Central Vista Avenue had been witnessing pressure of increasing traffic of visitors, putting stress on its infrastructure. The PMO said that it lacked basic amenities like public toilets, drinking water, street furniture and adequate parking space. Further, there was inadequate signage, poor maintenance of water features and haphazard parking.

“Also, a need was felt to organise the Republic Day parade and other National events in a less disruptive manner with minimal restrictions on public movement. The redevelopment has been done bearing these concerns in mind while also ensuring the integrity and continuity of architectural character,” it said.

The statue of Netaji Subhash Chandra Bose, which will be unveiled by the Prime Minister, is being installed in the same place where a hologram statue of Netaji was unveiled earlier this year on Parakram Diwas (23 January) by him.

The statue, made of granite, is a fitting tribute to the immense contribution of Netaji to our freedom struggle and would be a symbol of the country’s indebtedness to him.Crafted by Arun Yogiraj, who was the main sculptor, the 28 feet tall statue has been carved from a monolithic granite stone and weighs 65 MT.

‘FIND SOLUTION TO WATER ROW TO BENEFIT ﻿PUNJAB AND HARYANA’: AAP TO CENTRE

IT raids on 50 locations to unearth bogus political donations