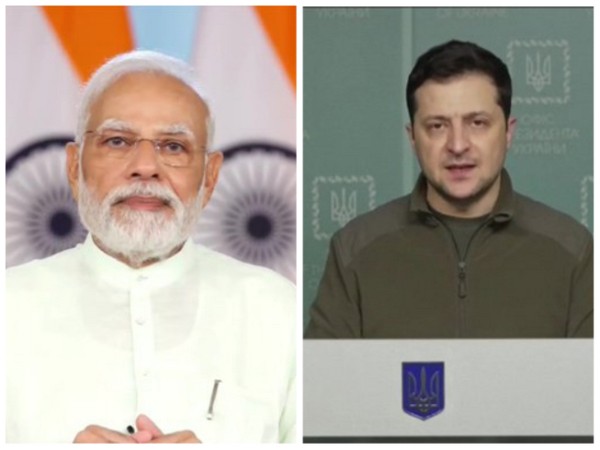 Prime Minister Narendra Modi held a telephone conversation with Ukrainian president Volodymyr Zelensky on Tuesday and said that the endangerment of nuclear facilities amid the Russia-Ukraine war could lead to catastrophic consequences for the environment.

During the phone call, the Prime Minister expressed his firm conviction that there can be no military solution to the conflict and conveyed India’s readiness to contribute to any peace efforts. He again called for the cessation of hostilities and the need to pursue the path of diplomacy.
The Prime Minister also reiterated the importance of respecting the UN Charter, international law, and the sovereignty and territorial integrity of all states.

“The Prime Minister emphasised the importance India attaches to the safety and security of nuclear installations, including in Ukraine. He underlined that endangerment of nuclear facilities could have far-reaching and catastrophic consequences for public health and the environment,” the statement added.

The International Atomic Energy Agency (IAEA) has already reiterated its deep concern about the landmine explosions close to Ukraine’s  Zaporizhzhya Nuclear Power Plant (ZNPP). The IAEA is also continuing with its consultations and other efforts to implement and create a safety and security zone around the ZNPP as soon as possible.

The meeting comes after the US and France hailed Prime Minister Narendra Modi’s message to Russian President Vladimir Putin over the Ukraine war.
On the sidelines of the SCO summit in Samarkand on September 16, PM Modi had said “today’s era isn’t of war” while emphasising the need to find ways to address the problems of food, fuel security, and fertilizers.