TDP president and former Andhra Pradesh Chief Minister N. Chandrababu Naidu has claimed that candidates supported by the party posted impressive victories in the first phase of the panchayat elections by courageously fighting against the attacks, kidnappings, threats and atrocities committed by the ruling YCP with the connivance of the official and police machinery.

Naidu said that the people gave their mandate against the misrule and misdeeds of the Jaganmohan Reddy regime in the past 20 months. The verdict in the panchayat polls marked the “beginning of the end” of the YCP rule in Andhra Pradesh.

The State Election Commission and the DGP have failed to take action against the violence, misuse of cash, liquor and muscle power resorted to by the YCP leaders.

Addressing a press conference here, the TDP chief said that their party would go to the court against the election offences in Minister Peddireddy Ramachandra Reddy’s Punganur Assembly segment and also Macherla segment.

They used force, rejected nominations, prevented rival candidates and tore off nomination papers of others to ensure forced unanimous elections in 82 out of 85 sarpanch seats in Punganur and in 72 out of 77 seats in Macherla segment. 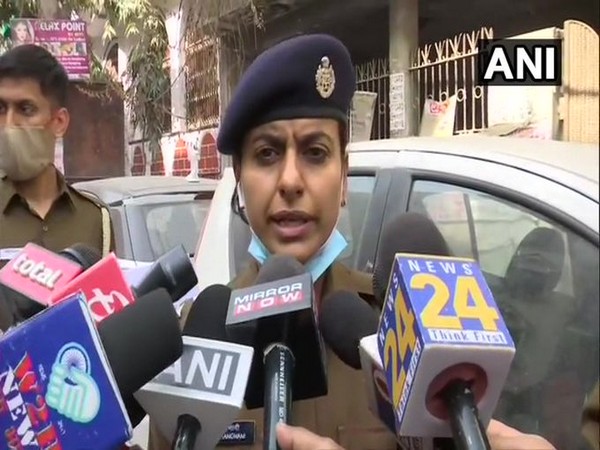 New Delhi [India], February 28 (ANI): Ten police teams have been constituted to probe Delhi’s Adarsh Nagar case where a woman was stabbed to death by a chain snatcher while resisting the robbery, according to DCP Northwest Usha Rangnani on Sunday.
The residents here alleged that several incidents of snatching have taken place in the area but still Delhi police have not intensified patrolling.
However, police said that patrolling is going on in the area and they are doing their best to combat these incidents.
A 25-year-old woman was stabbed to death by a snatcher for resisting a robbery bid in the Adarsh Nagar area of the national capital, Delhi Police said.
According to the police, the woman was stabbed to death in north-west Delhi’s Adarsh Nagar while trying to resist a snatching bid. She was coming home from a market and was holding her child when the incident occurred.
An FIR has been registered, but no arrest has been made till now. Further investigation of the case is underway, the police said.
This is the second stabbing incident in the last two days.
A 17-year-old boy was admitted to AIIMS Trauma Centre on Friday after being beaten up and stabbed by three boys in the Kalkaji area when he objected to them following his sister and passing indecent remarks. Five persons have been arrested in connection with the incident. (ANI) 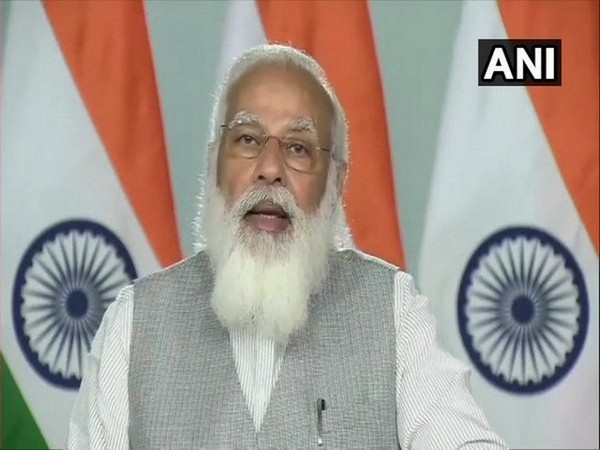 New Delhi [India], February 28 (ANI): Terming the world’s oldest language Tamil, as beautiful and popular, Prime Minister Narendra Modi on Sunday said that he regrets not being able to learn the language.
Addressing ‘Mann Ki Baat’ on Sunday, Prime Minister Narendra Modi said that in the run-up to the programme, one listener Aparna Reddy asked him if there was something he missed out on during these long years as Chief Minister and Prime Minister.
“I thought about the question and felt that – it is a regret of sorts that I could not learn the world’s oldest language Tamil. It is a beautiful language and popular across the world. Many people told me about the qualities of Tamil literature and the depths of Tamil poetry,” the Prime Minister said.
“India is the land of many such languages that are symbols of its culture and pride,” he added.
He shared two video clips of a guided tour of the Statue of Unity Kevadia in Gujarat in Sanskrit and another of a cricket commentary at a match in Varanasi in Sanskrit.
He added that there are more than 15 guides in Kevadiya, who guide people in fluent Sanskrit about the monument.
“This is a cricket commentary being done in Sanskrit. In Varanasi, a cricket tournament is held among Sanskrit colleges. These colleges are – Shastharth College, Swami Vedanti Ved Vidyapeeth, Sri Brahma Veda Vidyalaya and International Chandramouli Charitable Trust. Commentary is also done in Sanskrit during the matches of this tournament. I just played for you a very small part of that commentary. Not only this, in this tournament, players and commentators are seen in the traditional attire,” the Prime Minister added. (ANI) 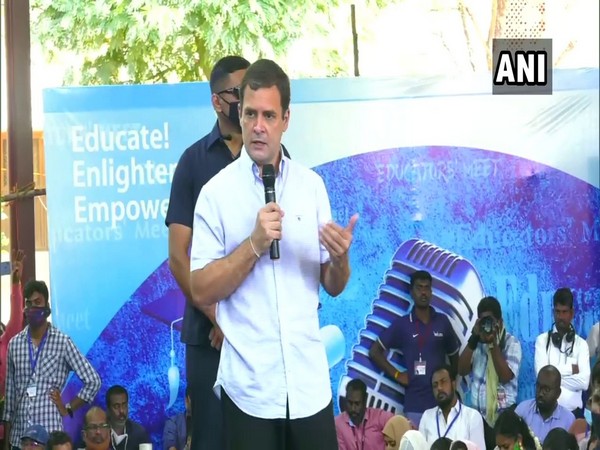 Tirunelveli (Tamil Nadu) [India], February 28 (ANI): Congress leader Rahul Gandhi on Sunday slammed the Centre for introducing the National Education Policy 2020 without consulting teachers and students and said it is being used as a weapon to communalise and push a particular ideology into Indian society.
“An education system is for our students and it is run by our teachers. If we are going to have any policy made for the education system, then, it has to come from a conversation with students and professors. Unfortunately, this was not done,” Gandhi said while interacting with college professors at St Xavier’s College in Tirunelveli, Tamil Nadu.
He, however, acknowledged the ‘positive side’ of the new policy and said that it is ‘reasonably flexible’ but called it a weapon to communalise and push a particular ideology into Indian society.
“There is too much power is being centralised in one institution (in the NEP). This is going to damage the education system. The positive side is that it is reasonably flexible on many counts but is a weapon to communalise, to push a particular ideology into Indian society,” he said.
Gandhi further said that when the Congress party comes to power in the state, they would push for scholarships in education.
“I don’t believe that education should be only for financially strong people. When we (Congress) come to power, we are going to push for scholarships in education,” he said.
While addressing a question about the separation of religion and politics, the Congress leader hit out at the ruling party, saying, “You don’t want to necessarily remove religion from the discourse. You want all religions to be part of it. As long as ideas are competing without hatred and anger, there is no problem. The problem is when you tell someone that you cannot open your mouth because you are from a certain religion.”
“The Government of India says that they represent Hinduism but a lot of the ideas they espouse have nothing to do with Hinduism. Nowhere does it say ‘insult, kill people’,” he added.
This comes ahead of the 234-member Tamil Nadu assembly elections will be held in a single phase on April 6 and the counting of votes will take place on May 2.
The ruling All India Anna Dravida Munnetra Kazhagam (AIADMK) is contesting the polls in a pre-poll alliance with the Bharatiya Janata Party (BJP). MK Stalin’s Dravida Munnetra Kazhagam (DMK) has joined hands with the Congress party.
Actor-turned-politician Kamal Hassan’s party Makkal Neethi Maiam (MNM) is also in the fray this time. (ANI) 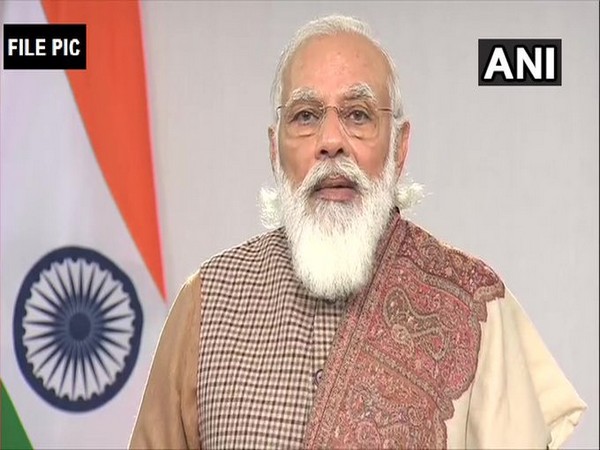 New Delhi [India], February 28 (ANI): Advising youth of the country to read about Indian scientists, Prime Minister Narendra Modi on Sunday lauded the “huge contribution” of science towards Atmanirbhar Bharat.
In his monthly radio address ‘Mann Ki Baat’, PM Modi also shared examples of individuals who were striving for self-reliant India in the truest sense. He said that India has to launch Made in India’s products in every field to raise the heads with pride.
“Today is National Science Day. It is dedicated to the discovery of the ‘Raman Effect’ by scientist Dr CV Raman. Our youth should read a lot about Indian scientists and understand the history of Indian science. The contribution of science is huge in Atmanirbhar Bharat. We need to take science forward with the mantra of ‘Lab to Land’,” he said.
“When we see fighter plane Tejas made in our own country doing acrobatics in the sky, Made in India tanks, Made in India missiles, Made in India coaches in Metro trains, Made in India Coronavirus vaccines reaching dozens of countries, then our heads rise higher. Textiles made in India, handicraft goods made by talented artisans of India, electronic appliances of India, mobiles of India, in every field we have to raise this pride. When we move forward with this thought, only then will we become self-reliant in the truest sense,” he added.
PM Modi shared the story about Ladakh’s Urgain Phuntsog, who is working with innovative techniques to organically grow 20 different crops in a cyclic pattern.
“Urugen Futsog of Ladakh too is working very innovatively. At those heights Urugen is growing about 20 crops organically, that too in a cyclic way, that is, he utilises the waste of one crop as manure for the other crop,” he added.
Sharing the story of Pramod, a resident of Bihar’s Bettiah, who started a small unit to manufacture LED bulbs, PM Modi said, “Pramodji had to return to his home due to COVID-19 pandemic. He himself started a small unit to manufacture LED bulbs. He brought along some youngsters from his area and completed the journey from being a factory worker to becoming a factory owner in a few months.”
Sharing another example of how Indians are contributing towards a self-reliant India campaign, PM Modi said, “People are taking up the challenge to be self-reliant in Chia seeds too. Similarly, Harishchandraji of Barabanki in UP has begun farming of Chia seeds. Cultivation of Chia seeds will also increase his income and will help in the self-reliant India campaign too.” (ANI) 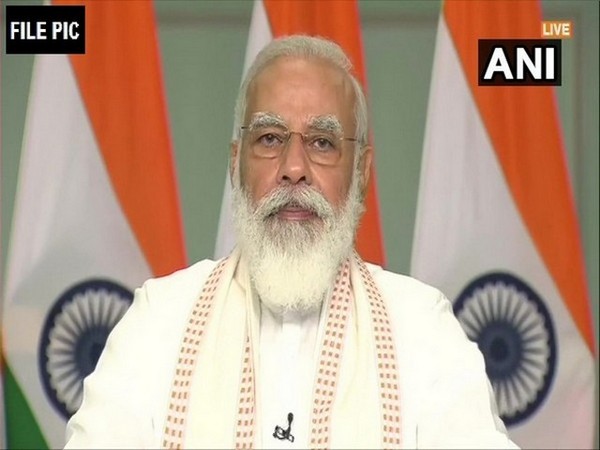 New Delhi [India], February 28 (ANI): Prime Minister Narendra Modi on Sunday said the Centre’s Jal Shakti Ministry is about to launch a 100-day campaign called ‘Catch the Rain’ to promote water conservation in the country.
The Prime Minister made the statement while addressing this year’s second ‘Mann Ki Baat’ radio programme.
The Prime Minister said water is a collective gift of nature to humankind, and it is the collective responsibility of everyone to conserve the essential natural resource. He said that water has been crucial for the development of humankind for centuries.
“This is the best time to think about water conservation in the summer months ahead… Yesterday was the festival of Magha Purnima. The month of Magh is associated with rivers, lakes, and water bodies…Water is life for us, it is also faith and it is also a stream of development. Water is more important than ‘Paras’ in a way. It is said that by the touch of ‘Paras’, iron can be converted into gold. In the same way, the touch of water is necessary for life,” the Prime Minister said.
He also talked about Sant Ravidas whose birth anniversary was celebrated yesterday on the occasion of Magha Purnima. “Sant Ravidas Ji taught us- keep working, do not expect anything…when this is done there will be satisfaction. He taught people to go beyond conventional thinking,” the Prime Minister added. (ANI)

10-year-old in Bhubaneswar rewrites Ramayana in Odia during lockdown 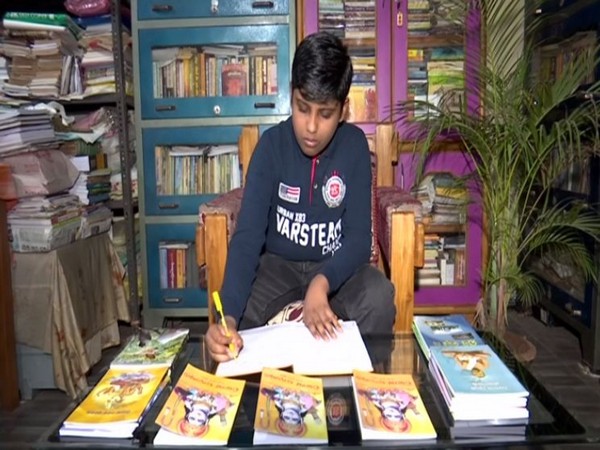 Bhubaneswar (Odisha) [India], February 28 (ANI): A 10-year-old boy from Bhubaneswar has re-written the Ramayana, after watching the television series on the epic during COVID-19 induced lockdown.
Ayush Kumar Khuntia has named the epic “Pilaka Ramayana” (Ramayana for children) having 104 pages in his mother tongue, Odia.
Speaking to ANI, Ayush said, “During the lockdown in the month of March, I was asked to watch Ramayana episodes on television by my uncle, and later to write something on it.”
“I watched Ramayana telecasted on DD channel and wrote each episode in Odia in my notebook. It took me two months to complete the book,” he said.
Ayush further said, “I have written several golden moments in Ramayana like Lord Ram leaving his home for 14 years in exile, and Devi Sita’s abduction by Ravana from Panchavati forest. I also explained how people of Ayodhya welcomed Lord Ram after 14 years of exile.”
He urged everyone to have a habit of reading and writing to reach new heights in life. (ANI)