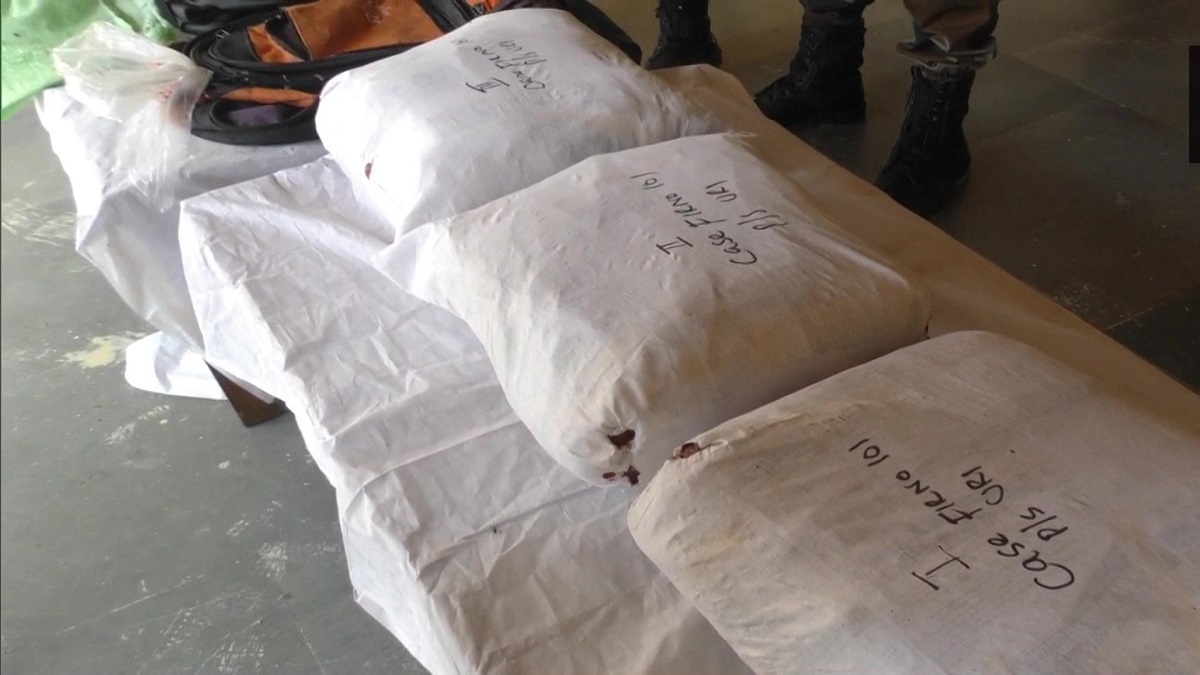 Pakistan is continuously trying to pump in terrorists, weapons and drugs across the Line of Control (LoC) into Kashmir valley and Uri seems to be becoming a favourite route for it.

After a major infiltration bid was foiled in the same sector by the Army, in which six Pakistani terrorists were killed and one was captured alive, Pakistan has tried to push in drugs worth Rs 25 crore to be pumped into the narco terror system.

Sources in the Army and police told The Daily Guardian that yesterday alert troops deployed along the LOC in Uri sector noticed some suspicious movement. A massive search operation followed. During a thorough combing of the area, the troops came across two bags containing large quantities of contraband-like material.

The scrutiny of the two bags revealed approximately 25-30 kilograms of drugs like substance in packages with Pakistani markings.

Sources said that the bags contained heroin but the exact nature of the substance is being ascertained through concerned authorities.

Sources said that the current market value of the contraband is anywhere around Rs 20-25 crore in the black market.

The Army authorities have handed over the seizure to the Jammu and Kashmir Police which has registered as FIR under no. 101 in Police station Uri.

The police said “The huge drug haul along the Line of Control shows the nefarious designs of the Pakistan-based narco-terror nexus and its inimical intent to abet terrorism and finance terror in India.”

“This drug bust is a huge setback to the Pakistan narco-terror nexus. This drug haul in Uri Sector comes just days after one Pakistani origin terrorist was neutralized and another, namely, Ali Babar, R/o Okara, Pakistan captured alive in this sector in an extended search operation culminating on 28 September 2021,” the police added.

Of late Pakistan has been trying to pump in drugs into Jammu and Kashmir. While NIA is already investigating a number of narco terror cases related to Kashmir, just a few days ago a huge cache of 1,000 kg of poppy straw was seized from three Punjab based truckers in Sonamarg area of central Kashmir, by an anti narco terror task force.

In May this year, the Jammu and Kashmir Police busted a Pakistani-sponsored narco-terror module in Kupwara district and seized heroin worth Rs 50 crore.

During the operation, a militant associate identified as Mujasir Ahmad Lone, a resident of Karen Bala area of the north Kashmir district, was also arrested. Incriminating material and 8 kg of heroin worth Rs 50 crore were also seized. The module was in close contact with Pakistan-based handlers and was involved in drug trade and financially assisting active terrorists in the Valley. The recoveries also exposed the inter-connection between drug dealers and terrorists.

MAMATA WINS A HUGE VICTORY, SAYS EVERYONE VOTED FOR HER