Congress to lure LJP as friction emerges within NDA in Bihar

UP’s most-wanted gangster was tipped off about police action 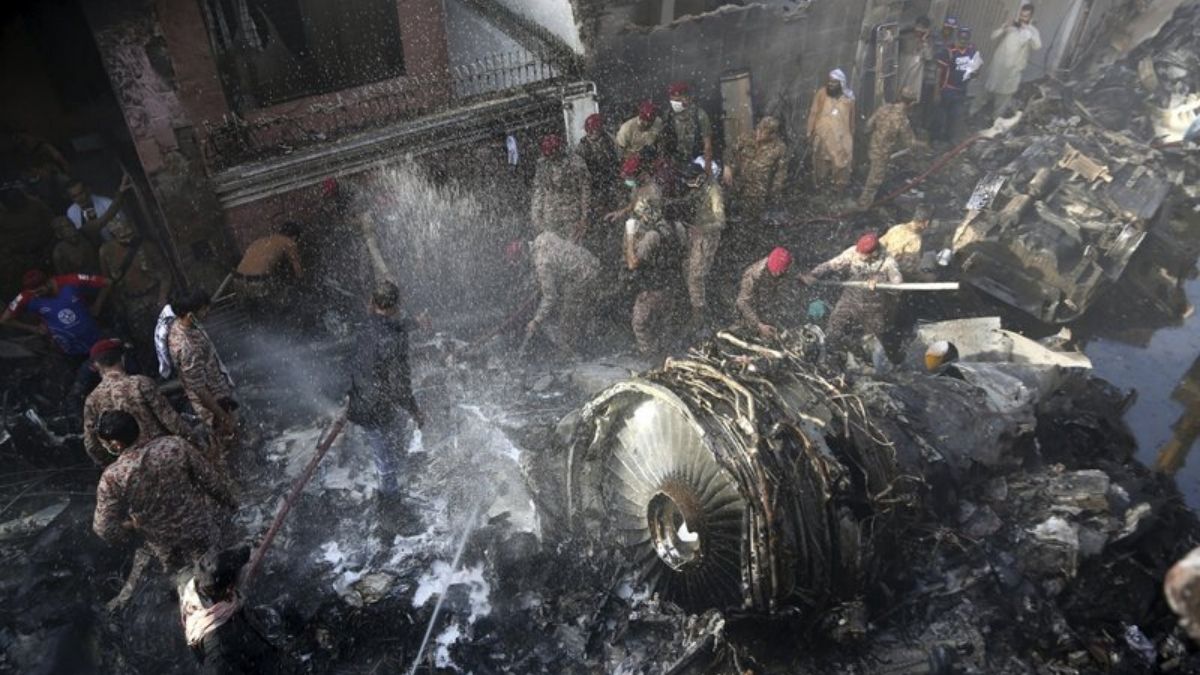 A Pakistan International Airline (PIA) passenger plane with 98 people on board crashed into residential buildings in Karachi on Friday afternoon while approaching the airport. At least three people have survived the crash, Sindh Health Minister Dr. Azra Fazal Pechuho said. The PIA A320 passenger aircraft was carrying at least 90 passengers and eight crew members in the flight PK 8303, when it crashed into the densely populated vicinity called Jinnah Gardens, Model Colony, located next to the runway of the airport.

PIA Spokesperson Abdullah Hafeez confirmed the crash while PIA CEO, Air Marshal Arshad Malik maintained that the plane seemed to have technical issues. “Unfortunately, today a tragic incident has occurred. I can tell this that the last words heard from the pilot were that there was some technical issue. And even though both runways were cleared for landing, the pilot wanted to take another turn,” the CEO said. One eyewitness said that the plane first hit a mobile tower before crashing into the houses.

“The aeroplane first hit a mobile tower and crashed over houses,” said Shakeel. Initial reports suggested that all 98 passengers, including cabin crew, may have died in the crash. However, after rescue operations gained momentum, some people did manage to survive the crash. However, the actual numbers of fatalities is not yet confirmed. Eyewitnesses say that the plane crashed on two houses while at least seven other houses have also been badly damaged.

A rescue operation has been launched as dead bodies along with the injured are being taken to the hospitals. “Till now, at least 17 dead bodies have been brought to the Jinnah hospital while at least 4 are being shifted to Civil hospital as we have run out of our capacity,” said Dr. Seemi Jamali, Executive Director of Jinnah Postgraduate Medical Centre.

The recognition of the dead has become impossible as per an immense degree of burns, due to which the DNA collection will be processed to identify the deceased. Reason for the crash will be ascertained after the inquiry is done and information from the black box, recovered from the crash site is extracted. However, it is being speculated that technical issue, as stated by the pilot also, was due to the landing gear that failed to open at the time of landing.

Other speculation is of multiple bird hits that caused the plane to crash less than a minute away from the runway. The crash came just days after Pakistan allowed the domestic flights to resume operations after being grounded for days due to the coronavirus pandemic.

Govt agrees to bring back OCI cardholders with certain conditions