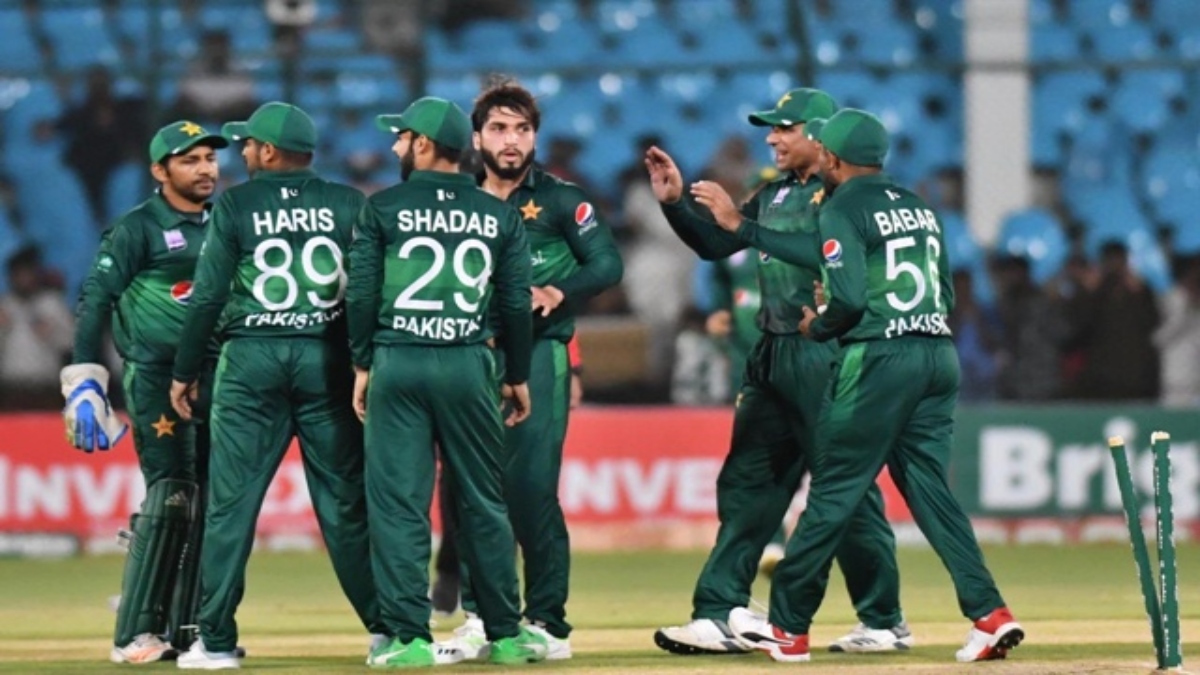 CHRISTCHURCH: The Pakistan men’s cricket team have been denied the exemption to leave their hotel and train in groups while completing their time in managed isolation after several members of the touring side tested positive for Covid-19. In a statement, the New Zealand health ministry said: “Following careful consideration, the Director-General of Health has today confirmed that he will not be granting the exemption which would allow the Pakistan men’s cricket team to leave their hotel to train in groups while completing their time in managed isolation in Christchurch.” “I have very carefully considered this situation. At this time, I continue to have ongoing concerns about the risk of cross-infection within the squad,” said Dr Ashley Bloomfield. ‘There have been a number of active cases identified among the team. Public health considerations will continue to be foremost in our response to Covid-19, whether this involves individuals or teams.”

WE WON’T PLAY FOR A DRAW AGAINST AFGHANISTAN, SAYS STIMAC 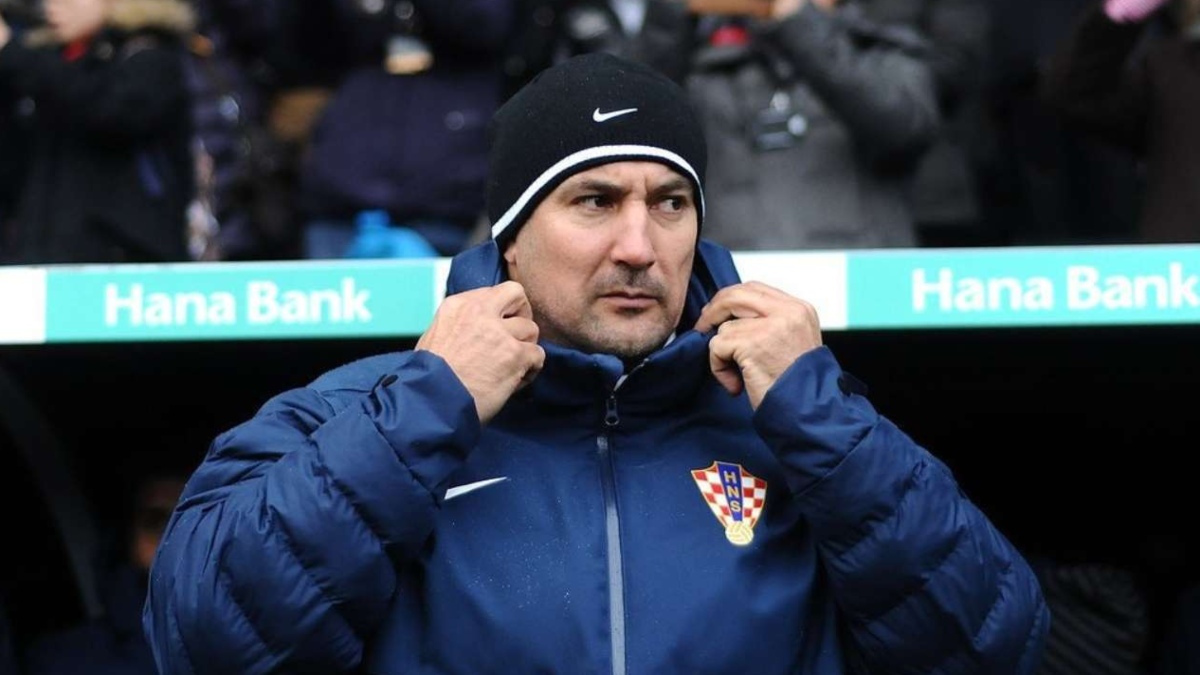 A day before India’s last match against Afghanistan in the FIFA World Cup Qatar 2022 and AFC Asian Cup China 2023 Qualifiers at the Jassim Bin Hamad Stadium, Doha, head coach Igor Stimac has dismissed apprehensions that his side may play out for a draw.

India is currently placed on six points after seven matches in comparison to Afghanistan being on five points from seven games. “I need to say that I don’t know any coach or any team who would come out playing for a draw. Even that might seem to be a situation when you are facing much better sides. Then, you need to drop and defend for your life and wait for one, two or three chances to counter-attack like against Qatar. But, we are not going out to play for a draw. Rather, we will go out to win it,” the official website of All India Football Federation (AIFF) quoted Stimac as saying. “That’s what we are aiming to do. We need to start doing it from the kick-off. I know and am very confident that all our boys are ready and fit. They need to enjoy the game,” he added.Goalkeeper Gurpreet Singh Sandhu added: “I think it’s important for us to stay fresh and face this new challenge against a very good side. Afghanistan has good quality players who can manipulate the ball and convert if given the chance. So, we need to make sure that as players, we stick to the plan and that we make life difficult for the other team and try to finish with a smile.”

If any country can pull off Olympics, it’s definitely Japan: Sathiyan 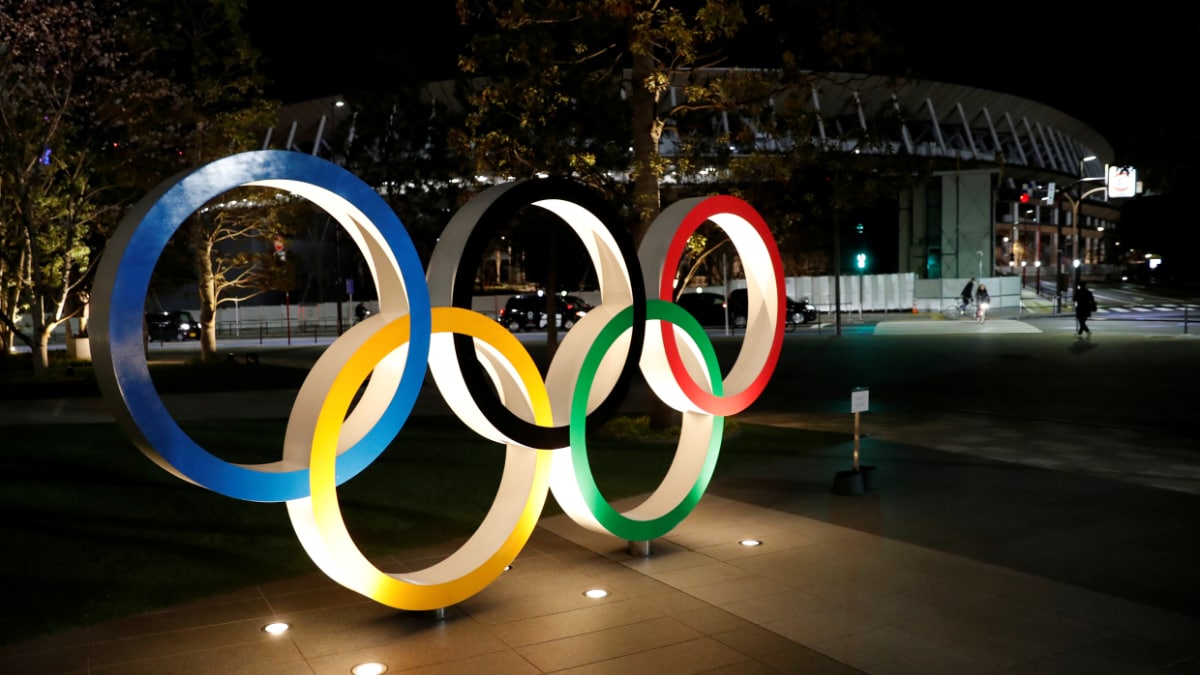 India table tennis player Sathiyan Gnanasekaran on Monday showed faith in Japan and said the country would successfully host the Tokyo Games this year. The Olympics were slated to go-ahead last year, but it was postponed due to the Covid-19 pandemic and it will now go ahead this year from July 23 to August 8. “I have been to Japan many times, have played in the Japan league as well. If some country can pull it off it’s definitely Japan and I know about their meticulous planning how they prepare for any event. I have full trust in Japan and IOC and they will host a very safe Olympics,” Gnanasekaran told ANI.Talking about his qualification for the Olympics, Gnanasekaran said: “For me, it’s my childhood dream, I saw Olympics on television like 17 years before, the dream has come true. I wanted to be part of the Indian team, so I had started training really really hard, especially after joining Raman sir, it has been a huge amount of hours that I have spent on training.”“It’s the most important opportunity of my life but at the same time, I would just enjoy the game as I have always done, go out there and have fun on the biggest stage,” he added.

The paddler also talked about how playing without fans in attendance would be hard and athletes will be required to find the push without the audience cheering them on. “Certainly, that’s the most difficult part I would say. Initially, I had thought it would be fine but when I played the Japan league in a huge stadium without fans, I felt a very big difference. Fans give you the push, they give you the extra energy at the very crucial juncture or when the scores are level,” said Gnanasekaran.“I think we are now kind of used to this new normal. It’s gonna be hard but I hope I can dedicate the medal to fans even though they are not with us,” he added.

Talking about his game and training, the paddler said: “Fantastic. I have been training with my coach, I have been working on my technique, footwork and I am getting match practice as well. I am doing good fitness, I have seen improvement in the last month and I will be all guns blazing for the Olympics. “For me, attack is the best defence. I was a very defensive player in my childhood days, and then when I started training with Raman sir, I shifted gears and that’s where I transformed as a player. I always prefer finding out opportunities where I can attack and score a point against my opponent.” 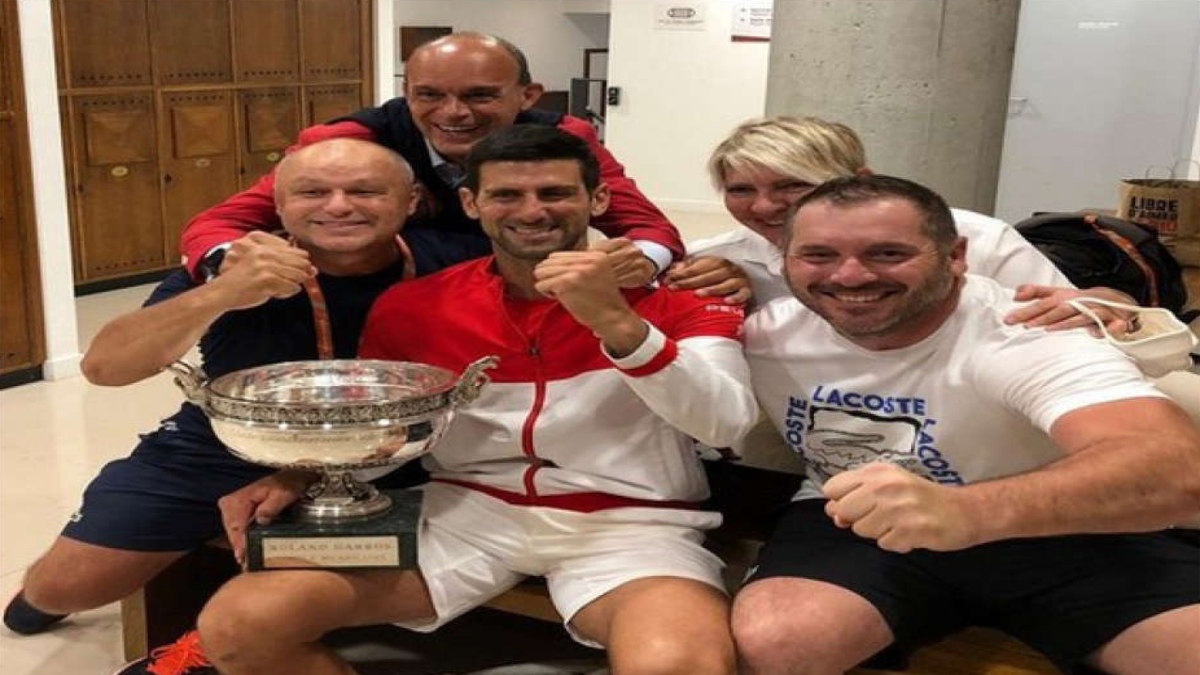 World No. 1 Novak Djokovic’s long-time coach Marian Vajda believes that the confidence attained by the Serbian in the semi-final win against Rafael Nadal made all the difference in Sunday’s French Open final against No.5 seed Stefanos Tsitsipas.Marian says that Djokovic, who won 6-7(6), 2-6, 6-3, 6-2, 6-4 to claim his second Roland-Garros and 19th Grand slam title, after going two sets down against Tsitsipas was because of the belief he built up in his victory over the Spaniard. “I think Rafa’s game gave him a lot of confidence, believing in himself that he can win Roland-Garros,” Vajda was quoted as saying to the official website. “First two sets it took him [a] little bit off [guard] because maybe he was thinking too much ahead. Then he was able to be present after first two sets. Then he just prevailed [with] his tennis.”

Vajda told reporters after the final that Novak was in a much better place mentally in 2021, compared to the 2020 final, when he was obliterated by Nadal in straight sets. “I think he was much better than the last year mentally,” he said.

EXPERIENCE OF MAGUIRE AND HENDERSON WILL BE VITAL MOVING FORWARD, SAYS ROONEY 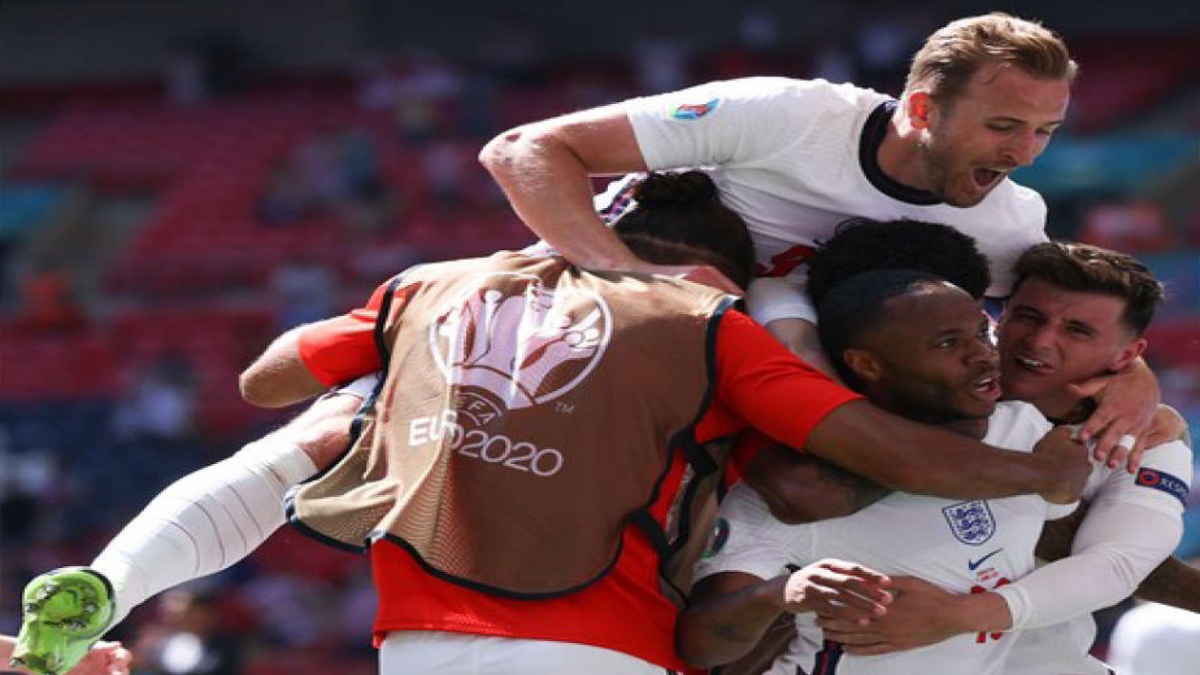 England’s all-time record goalscorer feels the team will now be more comfortable in the next game against Scotland as they started off on a winning note at the European Championships in a “professional” manner against 2018 World Cup finalists Croatia. For the very first time in Euros, England won their opening fixture thanks to Raheem Sterling’s second-half goal against Croatia at Wembley on Sunday. Gareth Southgate’s men are now in a comfortable position ahead of fixtures against Scotland and the Czech Republic.

It would now be very interesting to see how England’s manager Gareth Southgate will navigate his starting XI for the remaining matches in the group stage as he made some very eyebrow-raising decisions against Croatia which ultimately paid off for the English side. 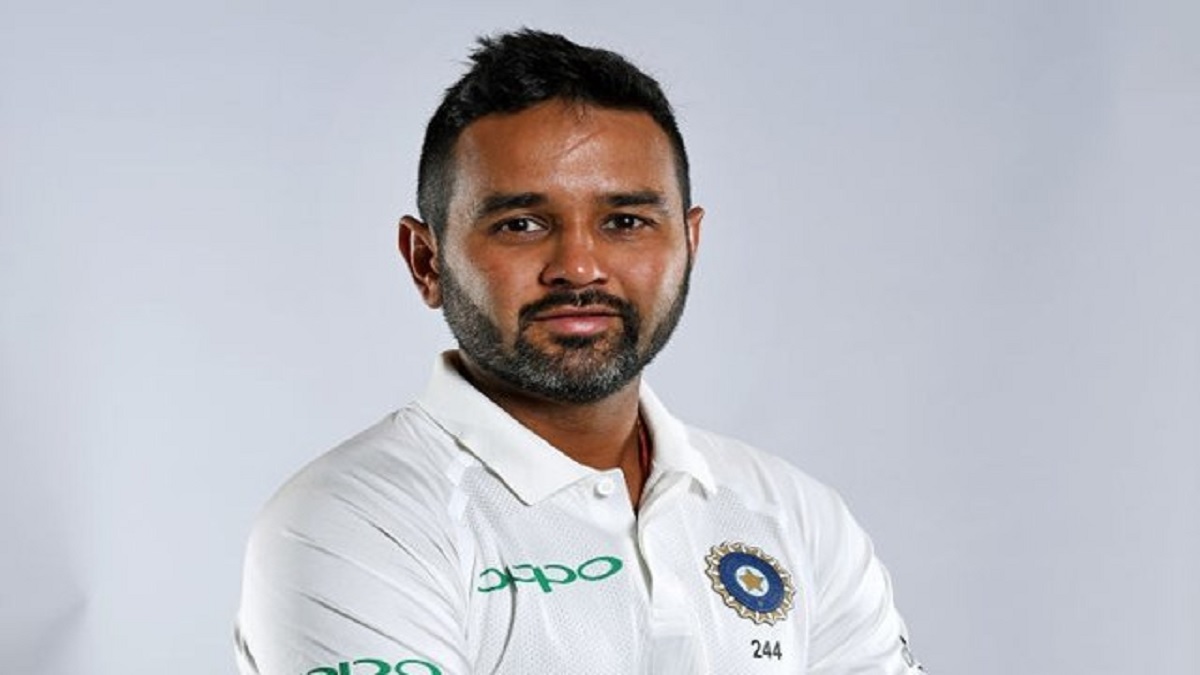 Former Team India wicket-keeper Parthiv Patel feels Virat Kohli needs to give himself a bit of time in regards to his batting ahead of the inaugural ICC World Test Championship final against New Zealand. “I think probably he will have to give himself a bit of time and try to think what he did in 2018 – where he got a number of hundreds. So, probably he is better equipped than he was in 2014, but there will be challenges and there will be challenges of a variety of fast bowlers. The reason being — it is not a one-dimensional fast bowling attack,” Prithvi Patel said on Star Sports show Game Plan.

Virat Kohli’s growth in English conditions has been phenomenal, especially if compared to the Indian skipper’s below-par 2014 tour to the one in 2018. In 2014, he managed only 134 runs in five Tests at a poor average of 13.40. Four years later, he hammered 593 runs in the five-Test series. Virat Kohli averaged 59.30 with two hundred in 2018. Considering this, if India wants to beat the Blackcaps in Southhampton, then they will surely need the same herculean effort from the captain.

Former India opener Virender Sehwag also feels Kohli needs to be patient and force the Kiwi bowlers to bowl at him rather than on the fourth and fifth stump outside off. “I think Kohli should show patience and he should leave a lot of balls. They must be made to pitch in the line and then he can score,” he told ANI. “He has to show patience and I am sure he knows that. I remember in 2014 when he didn’t score runs, he came back and spent time with Sachin Tendulkar and went back (in 2018) and scored a lot of runs.” Virat Kohli will lead India in the World Test Championship (WTC) final against New Zealand from June 18 at the Ageas Bowl, Southampton to decide the first champion side of the longest format. The WTC final will be followed by the five-match Test series against England.

Ishant should get a chance to play in WTC final

If the conditions are dry, then India should go with two spinners and if the weather remains cold and there is grass on the pitch, then in that case they should go with four fast bowlers. 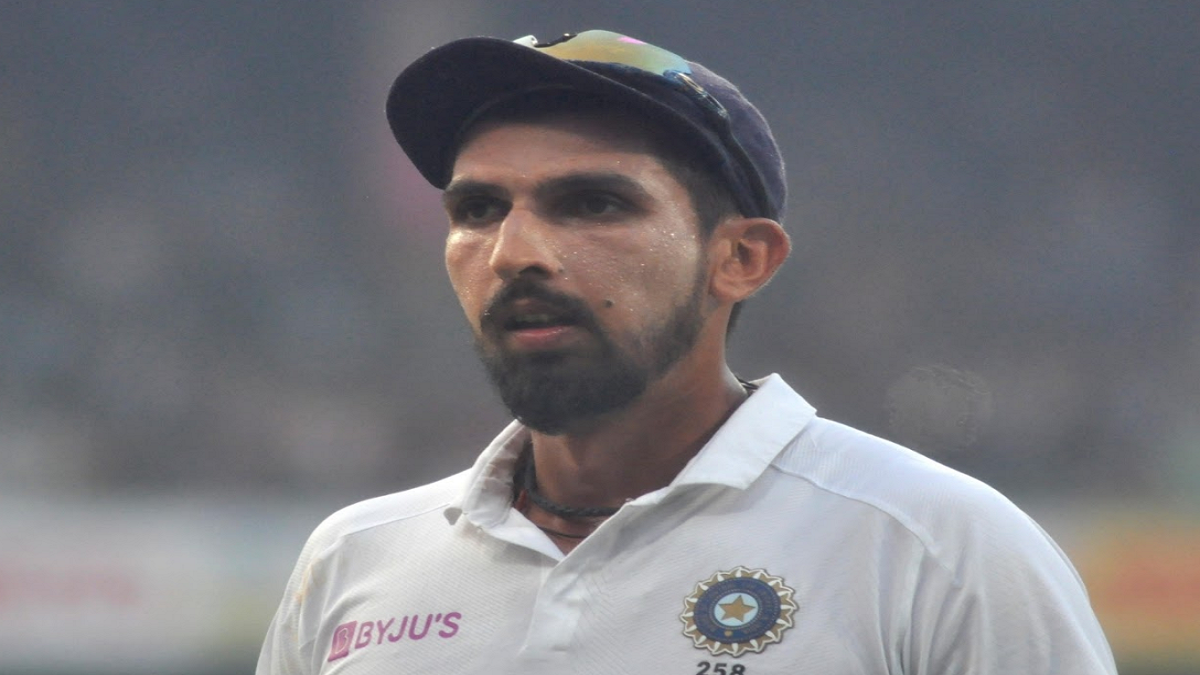 The most discussed point these days is about the bowling options Team India will go with against New Zealand in the WTC final. If the conditions are dry, then India should go with two spinners and if the weather remains cold and there is grass on the pitch, then in that case they can go with four fast bowlers. Who will play largely depends on the player’s current form and the skill he shows in the nets.

Although the New Zealand team is in a better position to face the fast bowlers, they do not feel themselves in that comfortable position against spinners. In such a situation, it can be a better option for Team India to field both the spinners. Talking about the fast bowlers, it is certain that Jasprit Bumrah and Mohammed Shami are certain to play while there is a choice between Ishant Sharma and Mohammad Siraj, if team management plays with three fast bowlers.

But I will go with Ishant Sharma in both options as he has vast experience of 100 tests. That experience can prove to be very useful for Team India, but if Team India goes with four fast bowlers, then Siraj can get a place in the team. Of course, this decision lengthens India›s tail. Shardul is definitely a substitute who can bat well but I think he doesn›t find a place in the team because he is a bit slow compared to other fast bowlers.

In the case of playing four fast bowlers, the team will have to go with only one spinner. In such a situation, R. Ashwin would be a better option as there are many left-handed batsmen on the New Zealand side and secondly, he can bat as well. Their being in form also goes in their favor but in dry conditions I believe both of them will play. If a fast bowler is unfit, the team would prefer to play Umesh Yadav instead of Shardul.

As far as opening the innings is concerned, Shubman Gill is a better option with Rohit Sharma as the second opener. He is a constant part of the team. He has shown his rhythm in the practice match. The rest of the team management can gauge the good pace of the players in the nets.

The writer is Virat Kohli›s coach and Dronacharya Awardee.