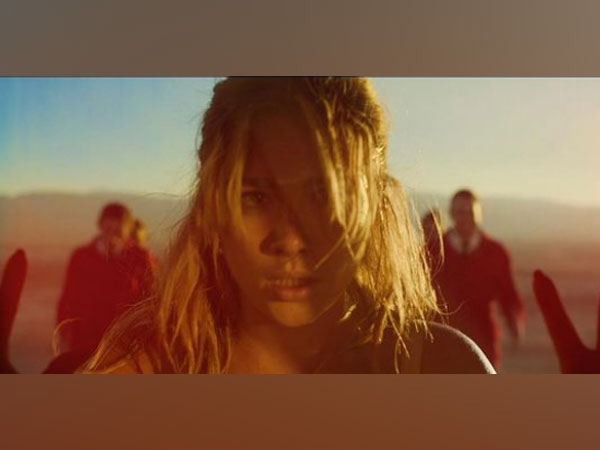 Washington [US], March 5 (ANI): American actor and director Olivia Wilde, on Friday (local time) dropped Florence Pugh’s first look with a sneak peek at her upcoming Harry Styles starrer movie ‘Don’t Worry Darling’.
Wilde hopped on to her Instagram to share a glimpse of her much-awaited romantic flick, ‘Don’t Worry Darling’.
The picture sees a close-up look of an anxious-looking Pugh framed in the centre with her hands up in the air and several men in the background, seemingly approaching her from behind.
Alongside the picture, the 36-year-old wrote, “Don’t worry,” referring to a play at the movie’s title.

According to People Magazine, in the movie, Pugh plays the role of a 1950s housewife living with her husband in a utopian experimental community who starts to stress that his glamorous company might be concealing disturbing secrets.
Harry Styles will play her husband, whereas Wilde, Nick Kroll and Chris Pine will appear in supporting roles.
After wrapping up the movie earlier this month, Wilde shared a tributary message for the whole cast and crew of the flick.
The actor shared a heartfelt note for her rumoured beau Styles, appreciating him for to appear in a female-centric film which most actors refuse to do.
She wrote, “No joke, it is harrrrrd to find actors who recognize why it might be worth it to allow for a woman to hold the spotlight. Enter: @harrystyles, our ‘Jack. Not only did he relish the opportunity to allow for the brilliant @florencepugh to hold center stage as our ‘Alice’, but he infused every scene with a nuanced sense of humanity.”
“He didn’t have to join our circus, but he jumped on board with humility and grace, and blew us away every day with his talent, warmth, and ability to drive backwards,” she added.
Wilde also praised Pugh for her captivating performance in the movie by posting a delightful picture featuring both of them hugging each other on the set of the movie.
“To work with an actor as talented and brave as @florencepugh is any director’s dream. I will forever be grateful for you, Flo. It was an honor to be your captain. Can’t wait for the world to see the astonishing work you’ve put into this movie. Tom Cruise run + Meryl skills = THE FLO,” she wrote.
The 1950s-set film is written by Wilde and Katie Silberman, Wilde’s Booksmart collaborator which stars Florence Pugh as a housewife who unveils a distressing truth while living in an isolated community in a US state. Styles, who stars as Pugh’s character’s husband, replaced original star Shia LaBeouf shortly before filming started. (ANI)