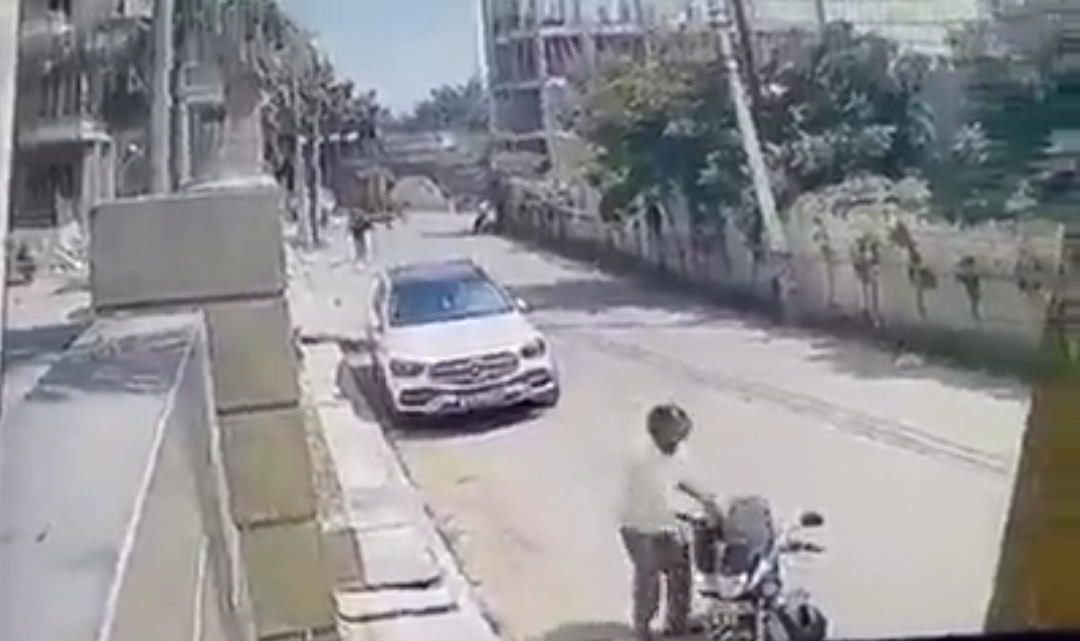 This image is a screen capture from the video

A disturbing event involving a worker setting fire to his owner’s Mercedes after becoming irate over unpaid dues was reported from Noida in Gautam Buddha Nagar, Uttar Pradesh. According to reports, the car owner didn’t provide him with his entire compensation.

According to reports, the man installed tiles at the owner of the Mercedes-Benz’s house but did not receive his full pay. He allegedly made the decision to exact revenge by setting fire to the man’s expensive car after being hired to lay the tiles. On social media, the incident’s video has become very popular.

According to the article, the incident in question occurred in Sadarpur within the boundaries of Noida’s Sector 39 police station.

The CCTV cameras documented the entire incident. The man rode up on a bike, poured gasoline on the car, and lighted a match, according to the CCTV footage. Later, he left the area. The alleged labourer was reportedly taken into custody by police. Police stated that the case is still under investigation. Ranveer has been recognised as the accused labourer. According to an India TV story, he was detained as a result of the Mercedes owner’s filing a complaint.

Internet users’ reactions to the incident have been conflicted. Some criticised the owner of the Mercedes for taking advantage of the helpless labourer and failing to pay his wage, while others criticised the labourer for breaking the law and committing a crime.