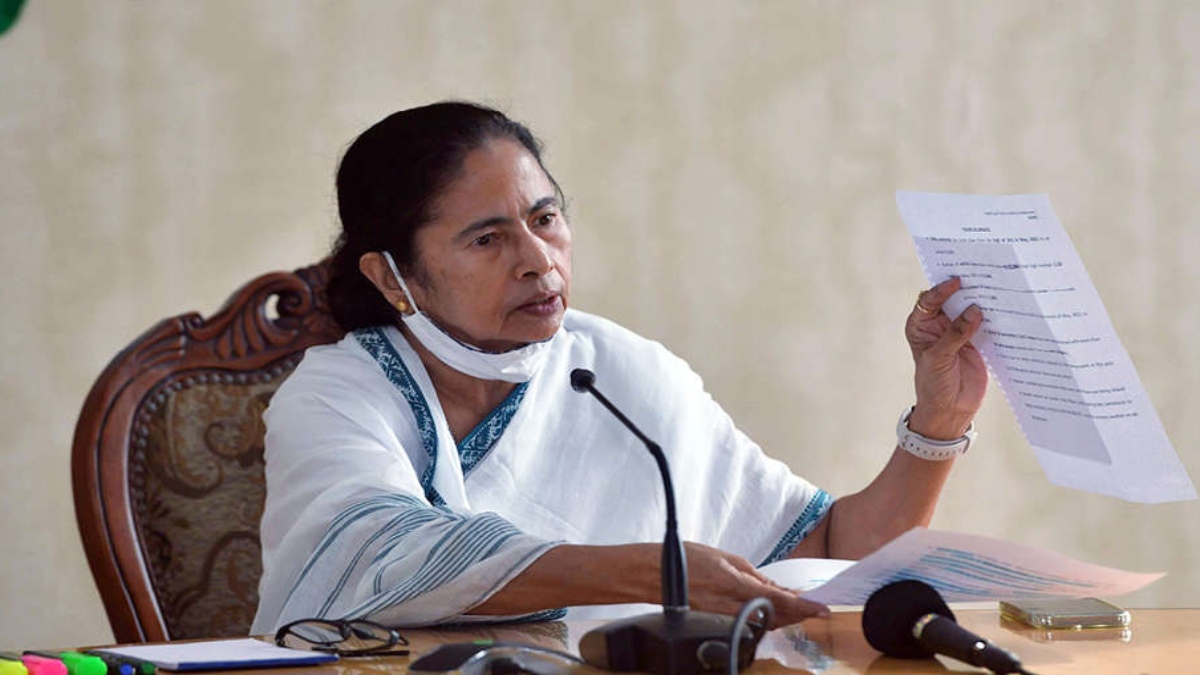 The National Human Rights Commission (NHRC) panel probing alleged post-poll violence in Bengal, in its report to the Calcutta High Court, has recommended a CBI inquiry into “grievous offences like murder and rape”.

After the report’s submission, a furious Chief Minister Mamata Banerjee said, “A completely biased report has been submitted. Attempts are being made to discredit the state. Where was the Human Rights Commission when bodies were floating in the Ganges from rivers in Uttar Pradesh? Since the matter is pending in court, I will not comment. But false propaganda is going on about what did not happen. Uttar Pradesh, a BJP-ruled state, has been pardoned for seven murders. The Election Commission was in charge of the violence that took place before the vote. The BJP is not able to digest its loss in Bengal. So these allegations are being made for political purposes.” Chief Minister Banerjee also blasted the NHRC for allegedly leaking the findings of the report to the media, instead of first submitting the same to the court.

The NHRC panel in its report said that the situation in West Bengal is a manifestation of the “law of rule” instead of “rule of law”. The report has underlined how the retributive violence by supporters of the ruling party (Trinamool Congress) against supporters of the main opposition party resulted in disruption of life and livelihood of thousands of people and their economic strangulation.

To compound the problem, violence and intimidation has continued. There is palpable fear among victims against police and goons of the ruling party. Many displaced persons have not yet been able to return to their homes and resume their normal life and livelihood. There have been several sexual offences, but the victims are scared to speak out. Loss of faith in state administration among victim is very evident, it said. The report was submitted as directed by the High Court after visiting several places in the alleged post-poll violence-hit state.

Neither senior officers nor political leaders condemned the violence, visited the spots, assuaged the victims or did anything substantive to ameliorate the problems. People were left on their own to protect the violation of their human and fundamental rights, including the right to life, it added. The spate of violence shows a pernicious politico-bureaucratic-criminal nexus. Moreover, this violence also attacked some pillars of democracy including rule of law, fair and secure polling. The commission has recommended compensation to the family members of those injured or dead. Condemning the role of the state in practice, the commission said, “Not arresting criminals is a terrible trend. It will spread to other states. It will bury the last straw in the coffin of democracy. It is being watched by one billion people in our country.”

The NHRC, in its recommendation, said that there is a need to provide justice to victims and restore their confidence in the criminal justice system, which can be best rendered by a neutral agency. It is recommended that all heinous cases, including murder, deaths, rape and grievous hurt and complaints should be transferred to the CBI for investigation.

NHRC team also said that trials of all above cases investigated by the CBI should be held outside the state. A court-monitored SIT should be formed immediately consisting of senior supervisory IPS officers and others. The SIT should register cases and complaints which prima facie reveal commission of a cognizable offence, other than those being entrusted to the CBI as per the above recommendation and all the cases investigated by the SIT should be monitored by the court, it added. A special team of public prosecutors should be attached to the SIT to monitor the quality of investigation, collection of evidence, placing of charge-sheet in courts and to follow up the trial in courts to ensure convictions, it said

NHRC on Tuesday afternoon submitted its final report on the alleged post-poll violence in West Bengal during hearing of the case by a five-judge bench of Calcutta High Court. NHRC refuted allegations in a section of the media regarding the leakage of the report relating to alleged post-poll violence in West Bengal.  NHRC released a press statement and said that it has already shared the copy of the said report with the advocates of the parties concerned in this matter in accordance with the directions of the Calcutta High Court. The matter being sub-judice, the committee of the NHRC did not share its report with any entity other than those specified by the court. Since the report is already available with all the parties concerned as per the directives of the court, there is no question of leakage at the level of the NHRC, it said. The attribution regarding the alleged leakage of the said report to the NHRC is absolutely baseless and factually incorrect, it added.