Neha’s wedding not a publicity stunt - The Daily Guardian 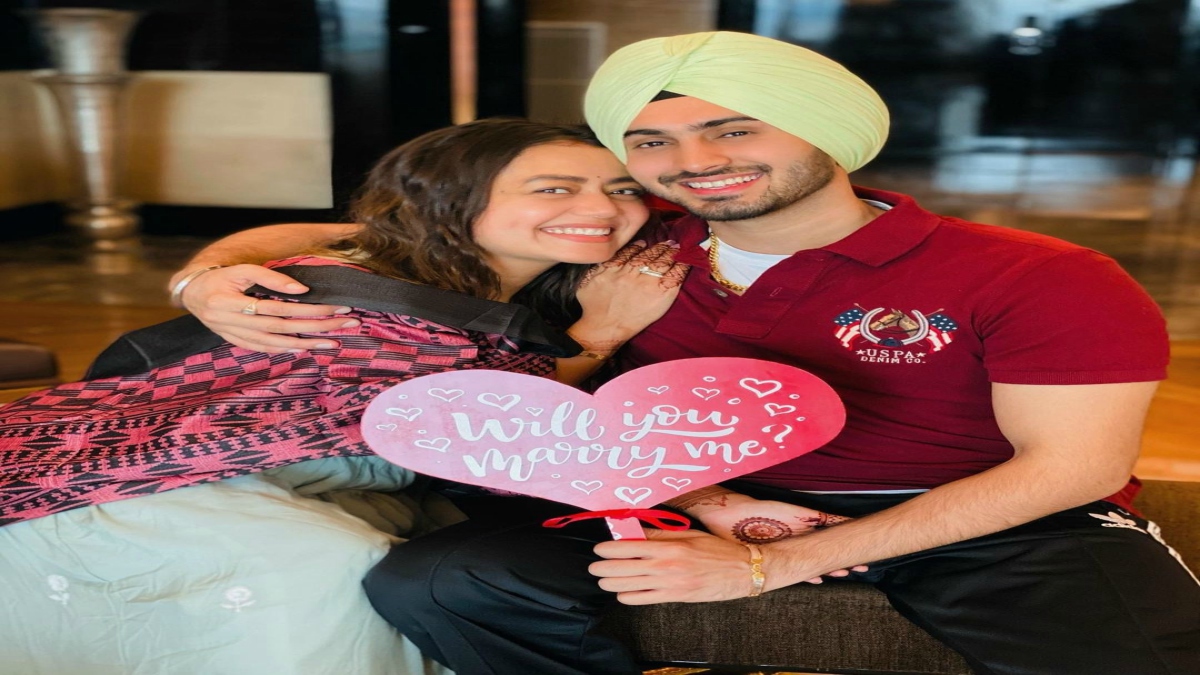 The catchphrase ‘Nehu Da Vyah’ is taking social media by a storm. What initially seemed like a publicity stunt for Neha Kakkar and Rohanpreet Singh’s song ‘Nehu Da Vyah’ is turning out to be a real affair. Photos from Neha and Rohanpreet’s Mehendi and Haldi ceremony have surfaced online recently, making everyone finally believe that the singer-duo is tying the knot.  In one of the photos, Neha can be seen sitting on a couch and getting her Mehendi done. In another, she is posing with Rohanpreet and her family, who are all dressed in yellow attires.

With the Mehendi and Haldi ceremony almost done, it seems like the big day is not too far.  Recalling the day Rohanpreet proposed to her, Neha recently wrote on Instagram, “The day he proposed to me! Life is more beautiful with you.” She further shared a video from the day Rohanpreet made Neha meet his parents. Reports are rife that Neha and Rohanpreet will get married this weekend in a close-knit affair in Delhi and eventually host a reception in Punjab for family and friends.  Reacting to their wedding reports, Aditya Narayan, who hosted the latest season of ‘Indian Idol’ judged by Neha Kakkar, said, “Is she really getting married? I haven’t received the so-called wedding invitation.”

The actor turned singer added, “It’s all very strange because she met this guy for the first time when they shot a video together a few weeks ago. Is it possible for someone to meet and marry in a month? Neha is no giddy headed teenager. Significantly neither Neha Kakkar nor her alleged groom-to-be has made any statement about the supposed wedding. All I can say is, I do hope it’s happening. Otherwise, why have the two parties in the supposed wedding alliance slowed rumours and unconfirmed reports to go this far?” Meanwhile, Neha’s ex-boyfriend and actor Himansh Kohli told another news portal, “Well if Neha is indeed getting married, I am happy for her.

She’s moving on in her life, she has somebody and it’s great to see that.”   Amid the confusion, reports quoted Neha’s undisclosed friend saying , “ No she’s not getting married. The Rohanpreet rumour is just as phony as the earlier Aditya Narayan marriage hoax. I don’t know why Neha allows herself to be a part of such cheap publicity gimmicks. And more importantly, how and why do the media fall for it repeatedly.”

Scarlett Johansson to star in ‘bride’

Despite the misses, Nair’s adaptation is not without its merits