‘My work underlines the consequences of human actions on ecology’ 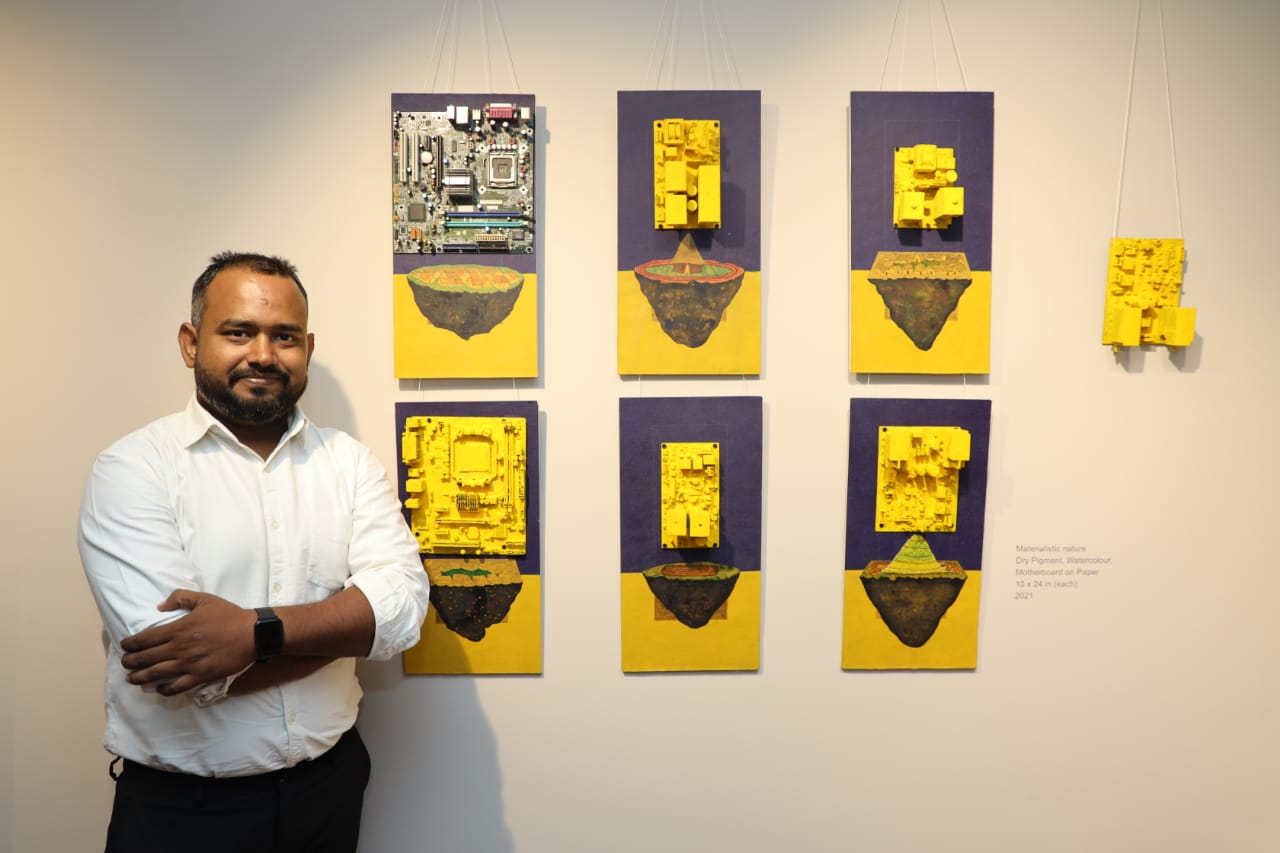 With the rising population lot of complexities are arising in urban landscapes such as civic apathy, noise and environmental pollution, lack of respect towards our natural resources and our florafauna. The common man is ignorant of the plight faced due to lack of civic sense. One of the awardees of the Ravi Jain Memorial fellowship, Ravi Kumar Chaurasiya diligently conveys the serious challenges faced by the modern society through his artwork. He is one of the new age artist in the field of Indian contemporary art. Ravi Kumar Chaurasiya’s artwork depicts the urban landscapes and the complexities of it. He studied BFA (Painting) from Banaras Hindu University, Varanasi and MFA (Painting) from Jamia Millia Islamia, New Delhi. His works encompass the transitions happening in the environment due to imbalance created by human activities. He also focuses on representing the relationship that exists between man and animals as well as representing the devastating impact in the present age due to the problem of overpopulation. With the objective to raise awareness on issues concerning the environment Dhoomimal gallery is presenting a solo exhibition of paintings by Ravi Kumar Chaurasiya till 10th October at Connaught place, which is curated by Georgina Maddox. At the first glance Ravi Kumar Chaurasiya’s paintings look like cityscapes but essentially his artwork represents issues concerning ecology. In a candid conversation artist Ravi Kumar Chaurasiya says, “I am engaging with the questions of ecology located in an urban context and urban environment. We have reached to a point where it is understood that the society may not survive longer if we continue to commit violence towards urban environment, ecology and human life. At present we live in an endangered situation, irrespective of our history, which may lead to our end. Therefore, my work underlines the consequences of human actions that have mostly treated our ecology and environment as means to achieve its (capitalist) ends to further infrastructural development, at the cost of nature.” The artist further added, “My works describes human excessive demands effects on urban environment and modern society such as globalization, population, pollution etc. My work usually looks at the perception of people and the way certain key problems are being ignored and not addressed. Whenever I look around, everyone is engaged in the racial, ethnic, caste and class divisions. We do not know how and when this discrimination will stop from society.”